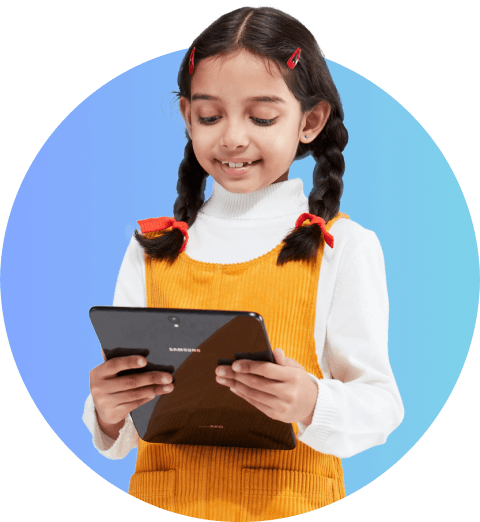 Which are the cheapest broadband providers?

Each of the major broadband providers in the UK have relatively cheap broadband deals on offer. In most cases, this is for their standard ADSL broadband packages, which provide you with basic internet access for prices as low as £18.95 a month.

Providers like Plusnet, TalkTalk, Vodafone and NOW Broadband often feature some of the cheapest internet deals on the market, and are well-known for offering excellent customer service as well.

However, if you want a faster connection, you can still get a comparably cheap broadband deal with faster speeds without paying too much more.

Most of the cheapest broadand suppliers offer fibre broadband deals with superfast internet speeds from around £20 a month. That's only around £2 per month more than the cheapest ADSL deals, which are much slower broadband speeds than fibre.

The cheapest broadband deal will vary from week to week, as providers update their latest deals and offer different discounts and promotions throughout the year.

Simply sort the results above by Cost (low to high) to see the cheapest Wi-Fi deals available on Uswitch. Just keep in mind that the best broadband deals aren't always the cheapest ones — your priority should be to find a deal that's right for your needs.

Aside from just changing the monthly price, there are many ways providers make their Wi-Fi deals cheaper.

It's important to look beyond monthly prices — many providers will often throw in extras, such as vouchers, gift cards and bill credits that can bring the overall cost down.

For example, a cheap broadband deal could cost £20 a month for a 12-month contract, but if it comes with a £50 voucher or reward card to spend as well, this effectively works out to £15.83 a month. That's quite a saving.

If you also pay separate bills for other services like digital TV or a mobile phone contract, a cheap broadband deal could also be a bundle that offers a group of services for a single monthly price.

If that total costs you less than your separate bills put together, it might work out cheaper to group them together under one provider.

Remember to compare the length of the contract and if the provider guarantees no price rises during the minimum term.

A cheap broadband deal with a longer contract and a guarantee of no price rises will save you more in the long-term. A shorter contract may sound better, but monthly prices might be higher than what you're comfortable with, and your bill could increase significantly once the contract term is over.

This is why it pays to compare cheap broadband deals to see what the total cost will be, factoring in setup fees and any other discounts or special offers.

If you receive Universal Credit or another type of government-funded financial support, you might be able to qualify for a significantly cheaper broadband deal.

Some providers offer affordable Wi-Fi deals with prices from just £5 per month, so you could benefit from good broadband speeds for a much cheaper price.

Take a look at our guide on broadband deals for low income families to see if you are eligible for one.

Even our cheapest Wi-Fi deal will include wireless internet, from the most basic ADSL internet to the fastest fibre broadband deal out there. A cheap Wi-Fi comparison will show you the different speeds and services you can get from your provider, delivered via a Wi-Fi connection, rather than a comparison of which Wi-Fi routers are best.

For example, a cheap Wi-Fi comparison in the table above could give you cheap Wi-Fi deals from the likes of Plusnet, TalkTalk and Vodafone, all of which deliver cheap broadband via Wi-Fi.

See all our wireless broadband deals for more options.

Can I get a cheaper broadband deal if I get a bundle deal?

If you only want internet access, a cheap broadband-only deal is likely to work out less expensive than a bundle deal.

But if regularly use landline, pay-TV or mobile phone network services, it normally pays to compare broadband bundle deals from a single provider to see if it works out cheaper.

For instance, if you opt for a cheap broadband-only deal that comes with phone calls on a pay-as-you-go basis, you'll need to think about how often you actually use the phone. But if you're frequently chatting with friends and family, a bundle deal that gives you unlimited calls for a fixed price may work out cheaper in the long run, even if the headline cost per month is more expensive.

It's easier than you might think to find cheap fibre broadband deals.

Our Uswitch deals tables regularly show fibre broadband deals for £25 a month or under, often with vouchers or cashback rewards for new customers. But with so many offers and discounts available, it's sensible to check what deals are available at the moment.

Many providers offer time-limited discounts, so comparing cheap broadband deals is a must.

How to compare cheap broadband deals

Here are our tips for finding the right cheap broadband offer for you.

Cheap broadband plans are best suited for those on a tight budget or living in a small household. These could be students, those who don't use the internet very much, or people living in 1-2 person properties. This is why it's important to consider what you intend to use your broadband for.

The cheapest broadband deals will have relatively slow speeds, averaging around 10-11Mbps depending on your location. If you're only planning to use your internet for browsing the web, checking emails and social media, or doing some online shopping, you should look for deals that offer these average speeds.

However, if you'll be downloading large files, streaming lots of TV, playing internet-hungry online games — or if you live in a household of more than two people — you may need a faster connection.

They're usually a little more expensive, but are often worth the money for what you can do with the jump in speed.

You should also be aware of any limits on what you can download. These days, almost every package will offer unlimited usage, but some providers may have certain traffic management policies that restrict the speeds you can get at certain times, such as a Fair Usage Policy.

These shouldn't be an issue for most light users, but it's worth checking if you expect to be downloading large files or TV episodes at peak times (usually between 8-10pm), or use services like peer-to-peer file sharing.

Finally, don't forget to see if there are any extra expenses, such as setup fees, line installation, delivery charges or the need to buy a router that will add to the upfront cost of the service.

It may be the case that a certain deal is a little extra per month than you wanted, but it could work out cheaper if it has free setup and no other additional charges.

Find out more about how to switch your broadband with our dedicated Uswitch guide.

Cheap broadband in my area

Most cheap broadband providers and packages are available on the Openreach network, which is available to the vast majority of UK properties. Therefore, you shouldn't run into any issues finding a cheap broadband deal in your area.

Openreach's copper phone line network provides ADSL broadband for 99% of UK homes, and its superfast fibre connections reach over 96% of the country. Both host the cheapest internet deals available, so the best thing to do is compare broadband offers by searching your postcode on our Broadband Postcode Checker, and then sorting the results by 'Cost (low to high)' to see what options you have.

Which is the cheapest broadband in UK?

How much is internet monthly UK?

What is the cheapest type of broadband?

ADSL broadband, also known as standard broadband, is the cheapest type of broadband available in the UK. This offers average speeds of around 11Mbps - enough for basic web browsing and occasional streaming - though this may vary considerably depending on factors such as where your home is located.

Can I get cheap fibre broadband?

Yes, there are plenty of cheap fibre broadband deals available in the UK. Monthly prices are typically slightly higher than for standard ADSL broadband, but comparing deals and taking into account offers such as free setup and cashback that can lower the overall cost can help you find a cheaper option.

Is getting a broadband bundle cheaper?

If you want to add home phone services, pay TV channels or even mobile phone contracts to your broadband contract, a bundled deal will usually work out cheaper than paying for each service separately. It pays to shop around and compare cheap broadband deals from multiple providers to see which packages offer the lowest price.

Is it cheaper to get broadband without a landline?

In most cases, no. Almost all of the cheapest broadband connections need a landline in order to connect to your home, and it's only faster connections that use different cables that don't require copper phone lines to work.

Can I get by with a cheap, standard broadband service?

It depends on how much demand your household will have for broadband. If you only use the internet to browse social media, shop online or watch the odd YouTube video, you could get by with standard, cheap broadband speeds of around 10-11Mbps. However if you enjoy regularly streaming TV, playing high-quality online games, downloading large files or live in a household of more than two people, a fibre connection would be best.

The good news is, the cheapest fibre deals are often a very similar price to standard broadband, so you won't be paying much more at all for a faster service.

Why are my broadband and mobile prices increasing mid-contract?

Here's why your broadband prices are increasing, even if you're currently in the middle of a fixed contract.

The telecoms giant has completed the rollout of gigabit-capable speeds on its cable broadband network.