When buying car insurance, you’ll need to decide which type of cover you need. Read on to find out about third party cover, as well as third party, fire and theft insurance, to help you find the right policy.

When insuring your car, you will need to choose from three levels of cover available:

It’s important to know the difference before purchasing a policy, and you should also consider all the different types of cover if you want to get the best deal.

What does third party insurance cover?

Third party only (TPO) car insurance is the minimum legal level of cover and will protect other vehicles and property if you are involved in an accident that is deemed to be your fault. It will also cover treatment costs related to injuries to other people involved, including your passengers.

This means if, for example, you caused a crash and injured another driver and damaged their car, your third party insurance would cover the cost.

However, it would not cover the cost of any damage to your own car or any injuries you had suffered.

What does third party mean?

Third party simply means someone who is not the policyholder or insured person. If you have third party insurance, it will cover any injury or damage you cause to someone else (the third party).

What does third party, fire and theft insurance mean?

Third party, fire and theft policies can offer additional peace of mind by including protection if your car is damaged or destroyed in a fire, stolen, or damaged as a result of theft from your vehicle.

It still covers all the things that third-party only (TPO) insurance covers too. 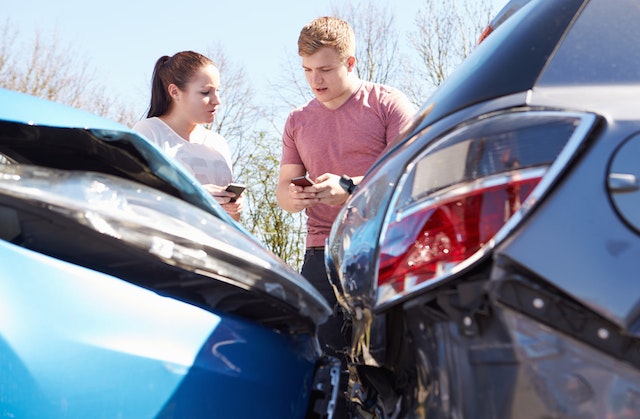 Just as with third party only cover, if you have a third party, fire and theft policy and are involved in an accident, you will only be covered for damage and injuries caused to others.

Your car will not be protected – unless the accident was the other driver’s fault (e.g. if they drove into the back of your car). In this case, you should be able to claim for any damage to your own car on the other driver’s insurance.

If it’s not deemed to be the other driver’s fault or you can’t claim from their insurer, for example if they are illegally uninsured or they leave the scene and you can’t track them down, you will need to pay for any repairs to your car yourself.

If they were uninsured, you may be able to claims part of the costs from the Motor Insurers’ Bureau, which covers uninsured driving claims.

What is the difference between third party and comprehensive cover?

Third party insurance is the minimum level of cover needed and will only cover damage to other cars and other people, whereas comprehensive insurance offers the most significant level of cover. It will pay out for repair or replacement of your vehicle even if you are involved in an accident that was your fault.

How much does third party, fire and theft insurance cost?

Prices for third party, fire and theft cover will differ as insurers rate all drivers on a number of factors and calculate their premiums that way. These factors include:

Is third party insurance the cheapest?

Surprisingly, third party cover is not always cheaper. Although comprehensive insurance includes more cover, many insurers offer it for the same price or even cheaper than third party policies.

Historically, lower level policies were the cheapest, which encouraged many young and new drivers to purchase them. Because these high-risk drivers make a disproportionate number of claims compared to other drivers, insurers started to deem third party and third party, fire and theft policies as higher risk, meaning the premiums increased.

As a result, third party policies are often more expensive than comprehensive policies for some drivers, even though they include less cover. Third party, fire and theft is also often cheaper than the most basic level of cover, third party only.

With this in mind, it’s worth considering all types of policy when shopping around for insurance. It’s easy to switch between levels of cover when comparing with Uswitch, so you can easily see which type of insurance offers the best value for you.

Get started by entering your registration number or searching for your car make and model below: