Huawei has certainly been in the press a lot over the past couple of years. From its innovative tech that continues to hog headlines around the world to the Google ban on Huawei products, it’s safe to say the company has had some dramatic highs and lows lately. And yet through it all, Huawei has still managed to become the world’s leading smartphone manufacturer, knocking Samsung off the top spot.

And following Boris Johnson’s decision to remove all Huawei tech from its 5G infrastructure, we caught up with Huawei’s managing director, Anson Zhang, to find out what the future holds for Huawei in the UK. 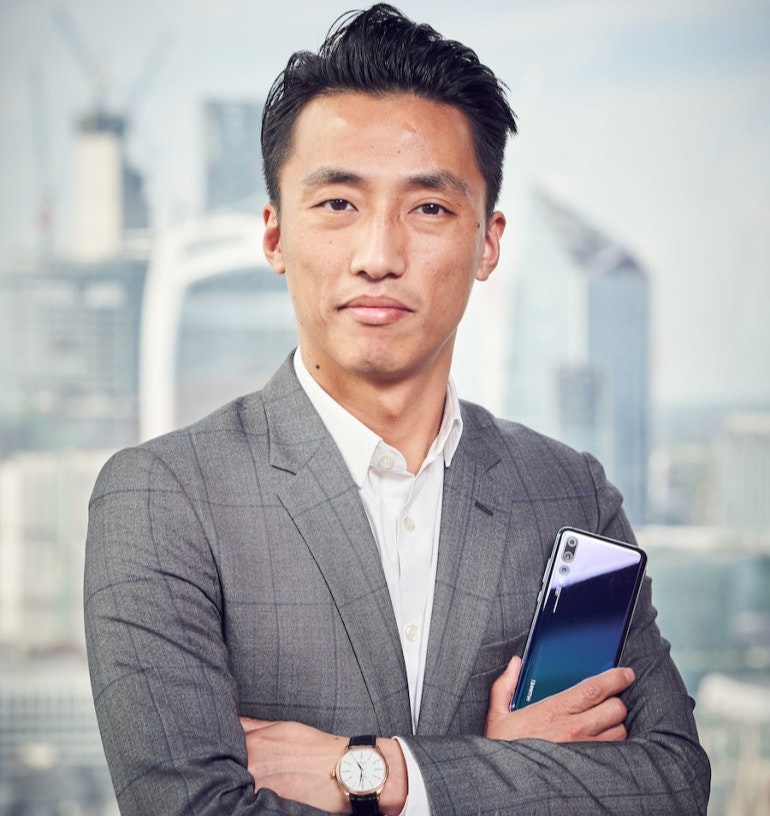 Given there’s a lot of conflicting information about Huawei in the news at the moment, what would you say to reassure new and existing Huawei customers in the UK?

“There’s a lot of news going around at the moment. The UK government made a decision about the 5G infrastructure business with Huawei, which is disappointing and sad news for us. But from a consumer business point of view, I’d like to clearly state that it won’t impact anything for our consumer business.

“No matter what device a customer has purchased from Huawei, or any device they’re intending to purchase from Huawei, this news will not have any impact. And more than that, I’d like to say our strategy for the consumer business won’t change and our commitment to the UK market won’t change.

If we break down our strategy to three parts, we will continuously do three things:

“Number one: Following our commitment to the UK market at the beginning of this year, which is £20 million in ecosystem development, we will continue to grow the Huawei mobile service and App Gallery.

“There’s already around 80% of the world’s top selling apps in the Huawei App Gallery, which is very good news. And there’s 1.6 million developers working with our thousands of engineers every single day to do the new function integration. And we’ve just announced the new Huawei service in China just a couple of days ago, which is quite an important milestone for us.

“Number two: We would like to develop the Huawei consumer business from a mobile brand to be a full ecosystem brand. So smartphones will still be the most important device to us but we will do eight products, which includes PCs, tablets, wearables, etc.

“Huawei is the number one global smartphone provider but it’s also a big player with PCs, tablets and wearables. We only launched our PC business two years ago in China. Now in China, which is the most competitive PC market, we’re already number two in terms of market share. We’re already positioned second globally for smartwatches.

“Number 3: We will make sure Huawei is consistently viewed as a premium brand. That is why we launched the Huawei store online back in March. And we’ve just announced that we’ll be opening three stores.

How has the Google ban impacted Huawei’s smartphone sales?

“This year, we’ve seen our smartphone business slow down a bit obviously. There has been a visible impact because of the US ban. And we know it might take time for people to understand the Huawei smartphone service. But the good thing is, we can see the progress very visibly. The ecosystem itself has been developed a lot quicker than we’d expected.

“The P40 Pro is being viewed as one of the most premium smartphones on the market. And we are set to launch the Mate 40 series in the UK market very soon. So in the short term, there will be an impact, but in the long term, people will get value delivered to them through our full ecosystem, and I think sales will be going up again.

“We can see very visible improvements in every single generation of our phones. We never stay the same as last year. Every year, we make some more progress.

What about banking apps?

“Bank apps are a more complicated area because it takes more time to do the data. This is quite technical. But generally banking apps take longer in terms of the prioritisation of safety. Not just in the UK but in any other country.

“But the good thing is, we’re talking with all the UK banking apps and we’ve already got some integrated in parts of Europe. The progress is very positive. We have a dedicated team in the UK that’s working with all the partners in order to have them on board as soon as possible.

“We’re also working with developers to bring a track and trace app to the Huawei App Gallery.”

Has the global pandemic slowed down production of your new devices?

“We’ve not experienced much delay from Covid-19 because in China, the recovery has been much more positive. In fact, things have been running even faster than we’d expected. So we haven’t seen any delays.”

So, what’s next for Huawei?

Last week, we announced we’re going to do the PC campaign because I think it’s the right time to do that. The new Mate series will come in the second half of the year. And not only the Mate series, but a new watch and a new audio device. So, even more devices than last year.”

“The reality is, from the consumer’s point of view, we are doing more and our business continues to grow. As I said in the first half of the year, we’ve achieved 15% growth in the last year and we have more products. So nothing has changed. We’re doing more things, more innovative things and they all will be delivered here in the UK.”