Mobile World Congress is the world’s biggest phone fair, but like most events at the moment, this year’s was a scaled-down affair. While there may have been fewer exhibitors and attendees on the show floor in Barcelona, there were still plenty of phones of note.

And much of this year’s crop are surprisingly affordable, which is a welcome turn given the ever-rising cost of living. Of course there was a flagship or two to wow us, but most of our pick of the show are within the means of many more people, which makes them much more interesting for us average Joes.

Is this a sign of things to come? Have phone makers got bored of trying to outgun each other in the spec wars and will start offering more value-rich smartphones that do it all without costing the earth? Only time will tell. But for now, sit back and enjoy the best mobiles from this year’s MWC. 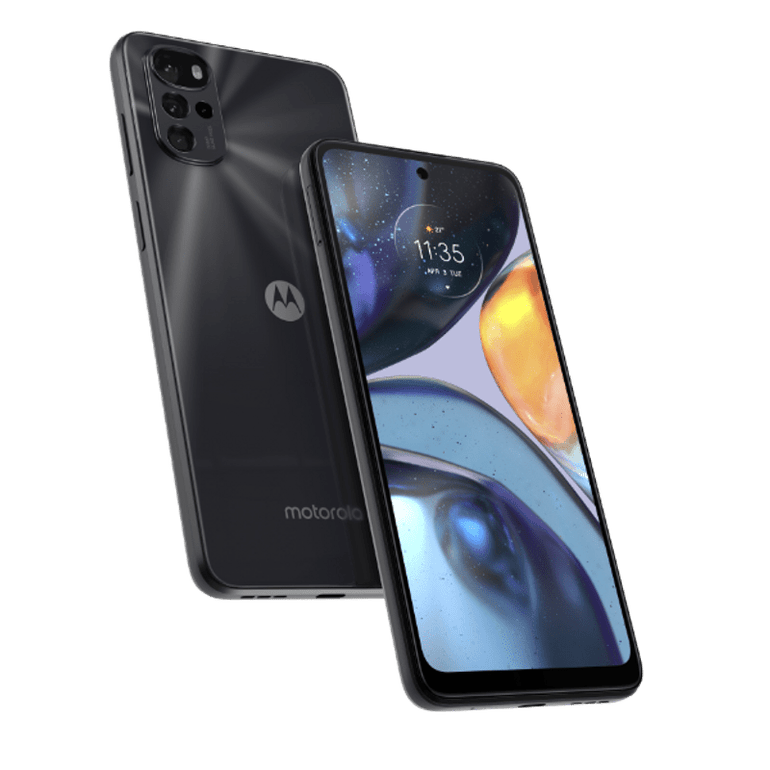 If you’re after a new phone but don’t want to spend big, Motorola has just the thing. Its new Moto G22 continues its legacy of producing stunningly capable phones at stunningly low prices. In this case, just £140.

You get a lot of phone for your money. It boasts four rear cameras (comprising a 50-megapixel main snapper, 8-megapixel ultra-wide sensor, 2-megapixel depth sensor and 2-megapixel macro camera), which is the kind of imaging setup usually reserved for flagship phones.

Also flagship-grade are the 5,000mAh battery and 16-megapixel front-facing camera.

Good news if you like listening to music on the move – it’s one of the few phones to have the combination of headphone port and microSD card slot, so you can load on extra tunes and listen using your current headphones. Look out for it in mid-March. 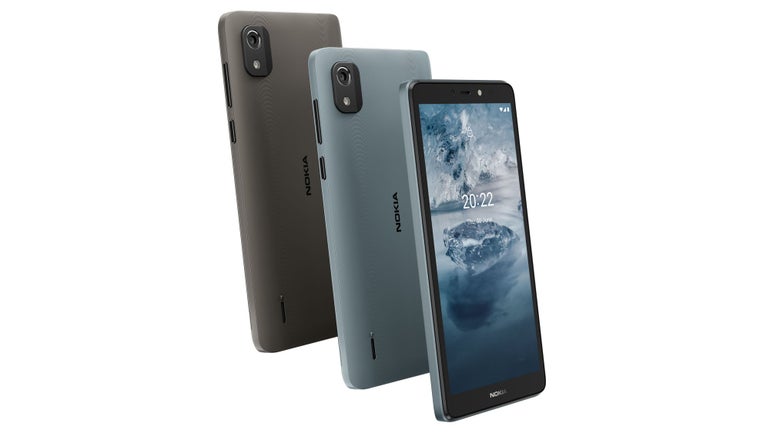 Nokia might not be the powerhouse it once was, but it never really went away. Instead, it just started making phones for the budget end of the market. Following on from 2020’s C2, the Nokia C2 2nd Edition offers more of the same: namely plenty of bang for not much buck.

At 5.7 inches, the screen is nice and big, and it packs a 5-megapixel rear camera and 2-megapixel front shooter. It comes with 1GB or 2GB of RAM, 4G, and 32GB of storage that’s expandable up to 256GB using a memory card.

Not world-changing specs, admittedly. But when you consider it will sell for just £75, those features suddenly seem a lot more impressive. 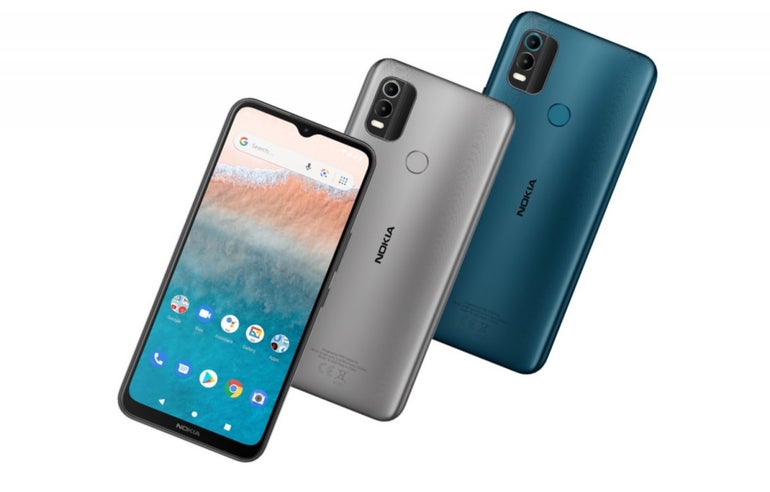 At around £100, the C21 Plus shouldn’t cost much more than the C2 2nd Edition. The extra outlay gets you a significantly upgraded phone, with a bigger 6.5-inch screen, dual rear cameras (with 13 and 2 megapixels), a more powerful 5-megapixel front-facer, more RAM and more storage. It even has a fingerprint scanner. Another brilliant-looking budget blower from Nokia.

We had already seen the OnePlus 10 Pro 5G in China, but at MWC OnePlus announced it was heading to Europe.

It’s a much more premium offering than those already mentioned, with a 6.7-inch screen with variable refresh rate (that means it’s better at showing fast-moving content while also optimising battery life).

It also promises consistent colour accuracy at low and high brightnesses, and has one of the beefiest camera arrays around: the 48-megapixel main shooter is joined by a 50-megapixel ultrawide sensor and an 8-megapixel telephoto camera, plus a 32-megapixel selfie camera.

OnePlus offers some of the fastest charging technology around, and this handset is no different: the 5,000mAh battery should juice up very quickly thanks to 80W charging. Worth hunting out when it launches later this month. 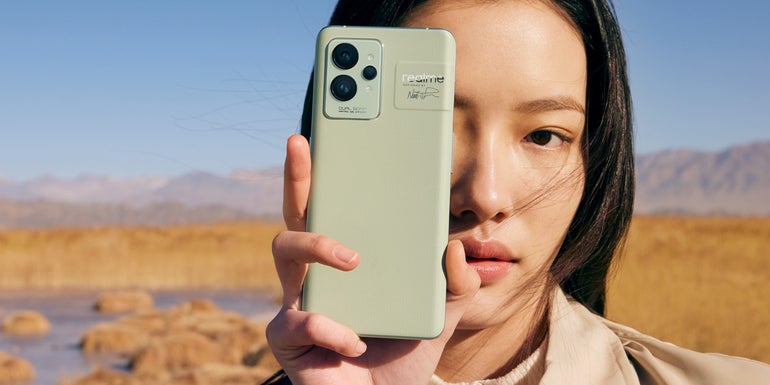 You might not have heard of Realme, but the Chinese mobile brand has made real inroads of late. It calls the GT2 Pro its first flagship device, though at £599, it’s positioned a lot cheaper than most flagships.

As you might expect, there are some compromises. It has a plastic back, for one, though with its textured, papery feel it actually becomes quite a selling point. It’s unlike any other phone out there. It also has a flat screen, while most of this ilk opt for curved displays.

It should charge mighty quickly thanks to 65W fast charging tech. And while it only has two rear cameras, they each offer a very healthy 50 megapixels of imaging power. Which should make for some pretty nice shots. 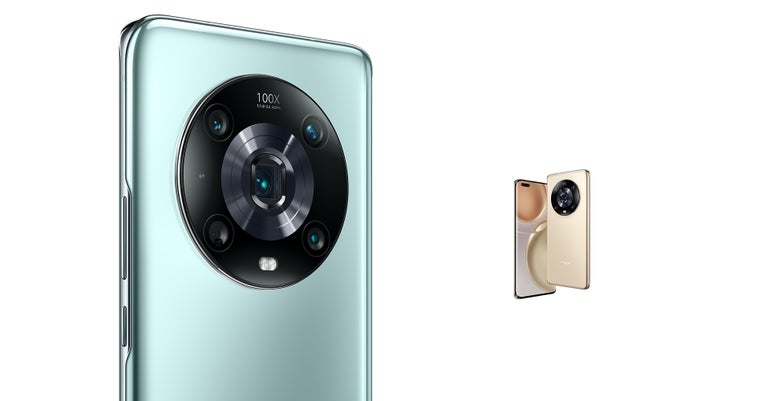 Honor was originally a spinoff from its parent brand Huawei, but has now fully flown the coop. And the Magic 4 Pro is one of its best offerings yet.

Running on Qualcomm’s Snapdragon 8 Gen 1 chipset (the Rolls Royce of smartphone processors), along with a hefty 8GB of RAM, it should offer super quick performance. The screen is a monster 6.8 inches large, and has a 120Hz refresh rate, meaning it should keep up with even the most frantic action your gaming exploits have to offer it.

It’s no slouch on the camera front either, with 50-megapixel wide and ultrawide sensors, alongside a 64-megapixel snapper with a whopping 100x digital zoom. Which should get you up close and personal with your subject even if you’re in the next town over.

If you like the look of the Samsung Galaxy S22, but want an alternative to Samsung’s dominance of the Android high end, the Oppo Find X5 Pro could be for you.

Its 6.7-inch OLED screen is very similar to that of Samsung’s flagship, and it runs the Snapdragon 8 Gen 1 chip. Its photographic skills look strong too, thanks to camera giant Hasselblad being onboard. A definite contender. 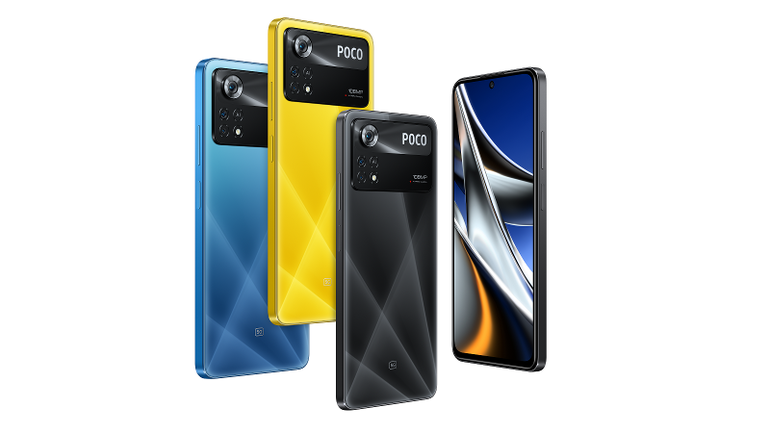 Costing around £300, the Poco X4 Pro packs some stellar specs for a mid-range phone. Think a 120Hz OLED screen and a camera with a whopping 108 megapixels. It does compromise with the chipset, however, using an older Qualcomm Snapdragon processor. But still, the X4 Pro looks like an intriguing prospect at this price level.