The iPhone 5C is Apple's most colourful phone ever, but it's just been bested by the iPhone SE, the new 4-inch iPhone on the block.

But exactly how much better is the SE than the 5C? Read on and find out. 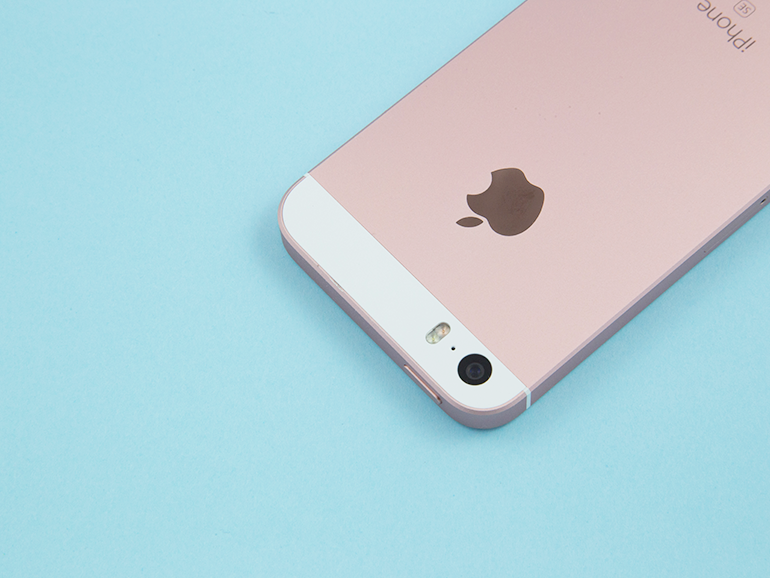 The 5C boasts an 8-megapixel snapper with autofocus, an LED flash, and that records video in 1080p HD at 30fps. The secondary snapper is a 1.2-megapixel jobby, that videos in 720p at 30fps.

Not bad, especially for a two-and-a-half-year-old device.

But this is thrashed by the iPhone SE. It boasts a 12-megapixel main snapper with the same Live Photos tech as the iPhone 6S – this adds a second or so of video footage either side of your snaps, so when you view them you see the context in which they were taken, helping to bring them alive.

It too has autofocus and a flash, but records videos in 4K, which is a much higher resolution than high definition (so your videos will look much sharper).

However, the front camera remains the same as the 5C's.

Both handsets are at the smaller end of the scale. Their screens stand 4 inches diagonally, but the 5C's only has a resolution of 1,136x640 pixels, giving it a pixel density of 326ppi.

Sadly, the iPhone SE has exactly the same screen, with no jump in resolution. Fans will be disappointed by this – three-year-old technology is ancient in terms of phones. The least Apple could've done is to bump up the resolution.

In other words, you'll see no difference whatsoever between the two screens. So if you're thinking of upgrading purely for a sharper image, save your money.

Neither phone has expandable storage, so – like all Apple products – you won't be able to slot in a microSD card. The iPhone 5C comes in 8GB, 16GB and 32GB varieties.

The iPhone SE offers more storage, coming in 16GB and 64GB models. So if you want to store a lot of films, photos, apps and games, it's the better option.

Apple doesn't announce which batteries its phones have, but it does say how long they'll last. Based on these specs, the SE wins hands down.

The SE has the same A9 chip as the iPhone 6S. Considering the 6S is one of the quickest phones we've tested, the SE should be mighty powerful.

The 5C, by contrast, contains the A6 chip, which was introduced way back in 2012. So it will feel sluggish by today's standards.

The SE offers plenty of other extras over the 5C. Personal assistant Siri is always listening, so just say "Hey Siri" and it'll be at your beck and call.

It's also a classier-looking model, with the same design as the 5S, but the same colour options as the 6S. Though if brighter, jazzier hues are your thing, go for the 5C.

The SE also has Touch ID, Apple's fingerprint sensor that lets you unlock the phone and pay for things by tapping your thumb on the home button.

And Apple Pay is on board, so you can pay for goods and services using the handset.

Apple no longer sells the 5C, but you can pick u a refurbished one for the bargain price of £143.95 on Amazon.

A brand-new SE will set you back £290 on Amazon or you can get it on contract from just £15 a month.

The SE looks like a great upgrade from the 5C, especially if you don't want the bigger screen of the iPhone 6 or 6S.

It packs all the power and imaging tech of its bigger brother into a smaller, more affordable package. It's just a shame Apple didn't give the screen a sharper resolution.

In the market for a new iPhone, but not sure which one? Get the knowledge you need with our iPhone buyer's guide.