Which cloud storage service is best for photos?

Chances are you’re now using your smartphone as your main camera.

After all, it’s something you carry with you everywhere, and advances in sensor and software technology mean that mobile phone cameras are capable of delivering fantastic image quality for both photos and videos.

But what if your phone is lost, stolen or dropped in the bath? All those photos are gone – unless you’ve backed them up.

One of the easiest ways to do this is to use a cloud storage service, which automatically moves every image and video clip to a secure server, possibly hundreds or even thousands of miles away from where you are.

If something happens to your handset, all you need to do to get your snaps and clips back is re-download them using another phone, tablet or computer.

There are a few options available when it comes to cloud storage services. Here's our verdict on the best around. 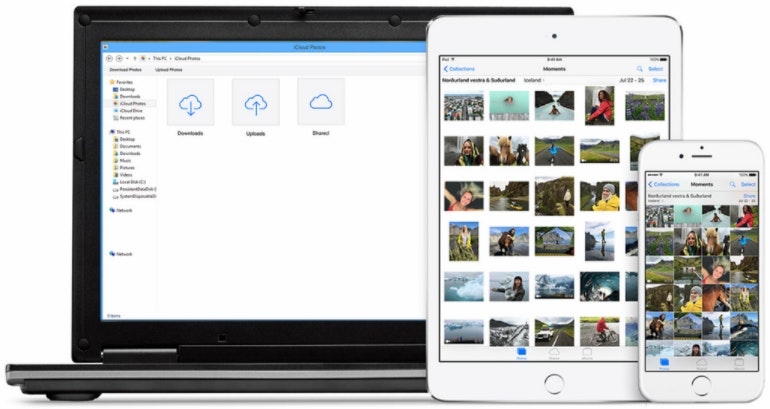 iPhone or iPad owners have access to Apple’s iCloud Photo Library, which automatically backs up every photograph and video taken on a mobile device to the cloud.

All these photos and videos are then accessible from almost any internet-connected Apple device (iPhones, iPads, iPod touches, Apple TVs, and Macs), or from the web through iCloud.com.

To use the service you'll also need an Apple ID, the latest version of iOS and enough iCloud storage space to store all your photos and videos.

Images and videos uploaded (over Wi-Fi only, to avoid using up pricey mobile data) to iCloud are stored at original quality and in their original format (provided it either JPEG, RAW, PNG, TIFF, GIF or MP4) – good to know in the event that your phone goes missing.

Cleverly, though, iCloud can swap the original with a “light” version of the image, so that less storage space on your mobile device is used up.

But there’s more. If you edit any photo or video on one device, the changes you make will be reflected across all iCloud-connected devices – crop an image on your Mac, and that cropped version will be the one you see on your iPhone or iPad.

The original pre-edit version will be retained however, so if you ever want to revert back to that, it’s right there in the cloud.

And it’s very straightforward to use: the mobile app has Auto-Uploadr, a feature that, as its name suggests, automatically uploads every photo and video you capture on your smartphone.

It’ll also go back into your device’s camera roll and upload all the older snaps taken on your device prior to installing the application.

You can set Flickr to automatically upload only over Wi-Fi, so don’t fret over it eating up all your monthly data.

Images are saved at full resolution, retaining EXIF data and everything else from the original photo.

You can, if you wish, edit photos from within Flickr. It doesn't offer the extensive range of editing features you'd get with Photoshop, but you can crop images and make a few basic changes to colour, contrast and detail.

Everything Auto-Uploadr uploads will be set to “private” by default, so if you want to share an image publicly, or with people you’ve listed as your Flickr family and friends, you’ll have to delve into the options and change it. 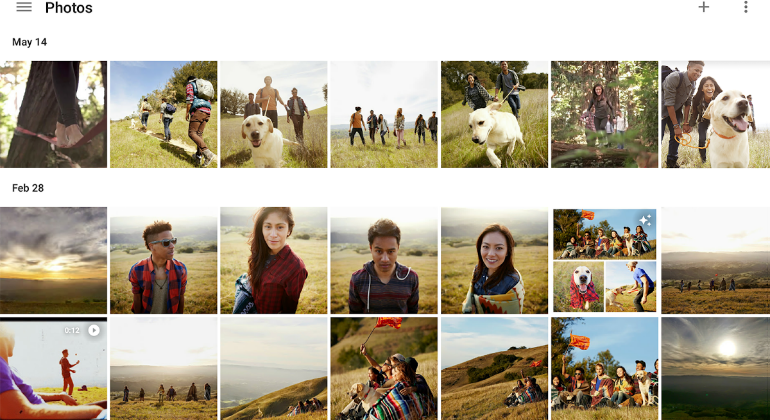 Another cloud service that gives you bags of storage space free-of-charge, Google Photos is part of the search giant’s Google Drive package of apps.

Install the Google Photos app on your smartphone or tablet (it’s available for Android and iOS) and it’ll automatically backup all photos and videos to the cloud, allowing you to access them again from phones, tablets and computers using your Google account login and either the app or a web browser.

By default, Google Photos will only upload photos to cloud storage over a Wi-Fi connection, but you can allow it to do so over a mobile data connection if you wish.

Choose to upload photos at their original quality and it’ll eat into your allocation of Drive storage. The first 15GB of which costs you nothing and you can upgrade to 100GB for US$1.99 a month, or 1000GB for US$9.99 a month.

However, if you select the alternative “High Quality” option when uploading, the service will use slightly lower resolution versions of the photos which take up none of your allocation whatsoever.

The upshot is that you can back-up thousands and thousands of shots this way and they’ll eat up none of your space.

The trade-off, obviously, is that you can only retrieve these lower resolution versions should the originals be lost.

They’re not terribly compressed, however, and to the untrained eye look just as sharp and detailed as the original. So unless you’re a photography enthusiast or a digital hoarder, it’s unlikely to prove a problem.

Google Photos offers a handful of useful features, too: you can arrange photos into albums manually if you wish (including albums that you can share with friends via the web), but the service will also create these automatically based on your photos’ location and date information.

It’ll also create animations from sets of similar photos (almost like a digital flick book), and is clever enough to recognise objects and things, and group photos that way.

So you can swiftly find all your photos of cats (or skyscrapers, or food, or concerts, or selfies) without having to sort through them all yourself.

There are basic image editing tools included in the service, allowing you to add filters and 'vignetting' (for a vintage, analogue feel), crop images, and tweak brightness, contrast and colour.

And as with Apple Photos, if you edit an image on one device, those changes will be reflected in the image when viewed on other devices.

Retail giant Amazon's Cloud Drive service works in much the same way as those above: using either a web browser, a desktop app or a mobile app (available for iOS and Android devices), you can back-up photos, then access them from any web-connected device using your Amazon account log-in.

Amazon’s own hardware devices come with some Cloud Drive features built in.

The Fire phone, for instance, uploads any photos taken on its camera to Cloud Drive for free, and you can access your Cloud Drive photos through the Amazon Fire TV set-top box, or Amazon Instant Video app on select consoles and smart TVs.

This performs automatic upload of all past and future photos and videos taken on the device (via Wi-Fi only by default, but you can set it to also use mobile data should you wish).

However, Amazon Prime members get unlimited photo storage included as part of the service – that makes this a great choice if you’re already paying for Prime.

It features a handful of editing options: frames, cropping, and brightness/contrast/saturation adjustment.

Any changes you make will be reflected across all platforms, or you can save the edited version as a new image. 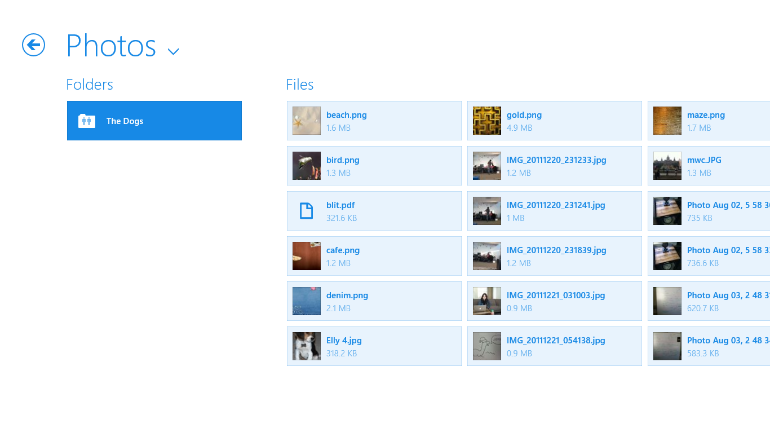 One of the first cloud storage services launched, Dropbox can be used to backup any kind of digital file – including photos.

In fact, the free mobile app (available for iOS, Android and Windows Phone) has an entire section dedicated to smoothing out the backing up and sharing of photos and videos.

Tapping the “Photos” button brings up a screen in which you can browse through thumbnails of your photographic backups, with buttons to share them in various ways (email, SMS, WhatsApp etc.) as well as re-download them to your current device.

Dropbox also has an automatic upload feature, which will move any photos (and videos, should you wish) on your device to your Dropbox’s Camera Uploads folder. This can be set to upload just over Wi-Fi, or via mobile data as well.

One thing it does lack in comparison to the other services covered here is any kind of editing function, bar the ability to rename photos and videos, so it feels a little sparser on the feature front.

Dropbox gives all users 2GB of space for free, so if you’re using it as your main photo storage option, you’re probably going to want to upgrade to the Pro version (£7.99 a month, or £79 a year), which gives you 1000GB of space.