iPhone apps to work on Macs from 2021

Apple is planning a new initiative which will allow developers to create a single app that will work seamlessly across iPhones, iPads and Macs from 2021.

The project, dubbed Marzipan, is designed to make life easier for developers and improve the quality of apps across all Apple products. 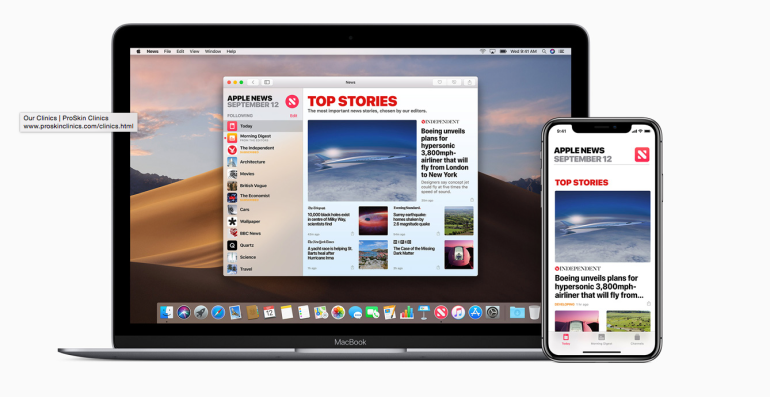 According to insiders close to Apple, moves will start this year, with developers being offered the chance to port apps from iPad to Mac without having to change the base code.

From 2020, this will be extended to iPhone apps, allowing them to work on Macs with minimal fuss.

However, the big change will come in two years, when developers will be able to take advantage of a new ‘single binary’ approach. This means they’ll only need to submit an app once for both the iOS and Mac App Stores.

It’s hoped that the project will help boost apps on Mac, especially from major players. Netflix does not have its own Mac app, but porting one from iPad or iPhone would make life easier for its development team while also benefitting consumers.

Experts have pointed towards the Mac getting more powerful social media apps, while developers could create richer, more all encompassing iPhone software.

Despite these changes being in the offing, Apple continues to deny that it has plans to merge iOS and Mac OS. For years, rumours persisted that it was looking to bring out a touchscreen MacBook.

However, with the iPad Pro now being sold as a laptop alternative, it seems it’s happy to offer iOS for everyday users and Mac OS for those who want a more powerful experience.

The changes appear to be part of Apple’s wider attempt to recalibrate its business in the wake of dwindling iPhone sales.

It has been reported in recent weeks that it is looking to switch focus to its apps and services businesses, with a Netflix rival and premium news service being primed for a spring launch.

Expect to here more during Apple’s WWDC event in June.