Apple is rumoured to be holding a press event on 25th March where it will launch some new services – among them its TV streaming service. But it now seems we could see it unveil the much rumoured AirPods 2 there as well.

That’s the word from Spanish Apple website AppleSfera, which claims that a number of industry sources have confirmed Apple will launch the new wireless headphones at the event. 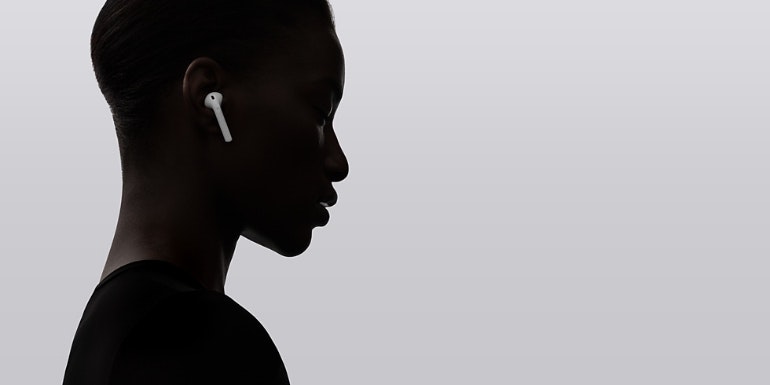 This is backed up by an anonymous supplier who reportedly has connections with various Asian suppliers.

They claim that the lifecycle for Apple’s current-generation AirPods ends on 28th March i.e. the day before the next iteration goes on sale.

If Apple does put the new headphones on sale just four days after they’re announced, it would mark a big shift in strategy since the originals.

The first-generation AirPods took three months to come to market – an age in a product with a lifecycle of around two years – and even then they were in limited supply for the first few months.

So what can we expect from the new buds? Rumour has it they will have built in “Hey Siri” functionality for hands-free voice interaction, better water resistance and health tracking features like a heart rate monitor.

They should also have a new coating that will make them less slippery – handy for keeping them in your hands or your ears.

They’re said to come with a new portable charging case for keeping them juiced up on the go. Some reckon this could be the only change – a kind of AirPods 1.5 before the fully refreshed product launches further down the line.

This would still warrant the discontinuation of the original line, as it would ship with the AirPods as standard.

Apple’s AirPods are ‘true’ wireless headphones that connect to your device using Bluetooth.

Unlike some wireless pairs, they don’t have a cable connecting them to each other – they’re essentially just a pair of earbuds that talk to each other and your phone through the air.

Apple is also rumoured to launch its long-awaited TV streaming service at the 25th March event, along with its revamped news subscription service.

It could also finally launch its AirPower wireless charging mat – a product that was first shown off over a year ago.