Mobile operator EE will be the exclusive UK network to offer the Samsung Galaxy Fold. The phone will also be sold from the Samsung Online Shop and Samsung Experience Stores.

You can register your interest now. Pre-orders go live on 26th April, and the phone will go on sale on 3rd May.

It will cost £1,799 and will come with the Galaxy Buds wireless headphones and a slim protective Kevlar case. 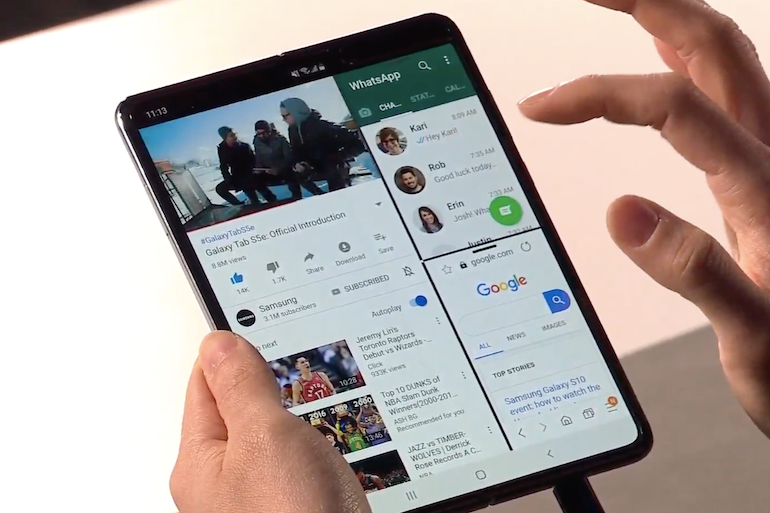 You’ll have a choice of four colours: Space Silver, Cosmos Black, Martian Green and Astro Blue. The last two are exclusive to Samsung, so you won’t be able to buy them from EE. These two colours also come with your choice of hinge colour: either Dark Silver or Gold.

The Galaxy Fold is the first foldable phone to go on sale in the UK. It works as both a tablet and a smartphone. When unfolded, it has a screen spanning 7.3 inches, and when folded in half, the display is 4.6 inches.

The device initially impressed, but some have since raised concerns about the handset’s design. As a phone, it does look rather chunky with some very thick bezels. There are also questions about the crease down the middle of the screen when it tablet mode. The images Samsung has released have managed to hide this fold, but some trade show photos tell a different story. 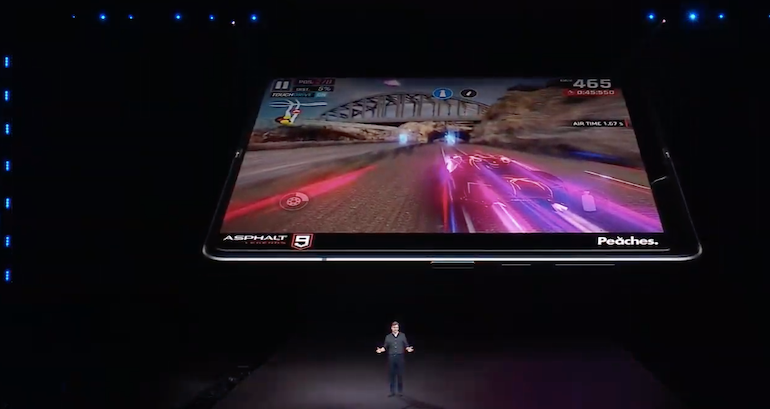 It’s also been thrown into the shade somewhat by the Huawei Mate X. This foldable phone has larger screens than the Galaxy Fold, a neater design and it’s much slimmer when it smartphone mode.

Nevertheless, the Galaxy Fold is undoubtedly an innovation. The bigger screen lets you use three apps at once, such as YouTube, WhatsApp and Google Search, which will do wonders for your productivity. Or be a massive distraction.

It also has two batteries, giving you around 36 hours of use, and no fewer than six cameras.

You can register your interest now over at EE, or on the Samsung site.