Samsung is giving away thousands of prizes to users of its Samsung Pay mobile payments system.

In order to be eligible, you’ll have to enter the prize draw through the Samsung Pay app and make at least five transactions by 3rd May. The competition is open to both new and existing Samsung Pay customers, so it doesn’t matter if you’ve never used the app before.

So what’s on offer? The top prize is a 55-inch 2018 Q9F QLED 4K television – that’s Samsung’s top-of-the-range telly from last year. At launch this would cost you over £2,000, and while the price has come down a few hundred quid, it’s still a lot to spend on a TV.

Its 4K resolution has four times as many pixels as high definition, making for a much sharper image. It’ll play nice with 4K content from Sky, Amazon Prime Video, Netflix, BT and more. And able to display over a billion colours, it’ll more than do justice to whatever you watch on it.

Samsung is also giving away a selection of 42mm Galaxy Watches – these are smartwatches that sync to your phone, and record your health stats like the amount of activity you get. They can record specific sports like running, swimming and cycling too, and display your emails and messages so you can read them without taking out your phone. 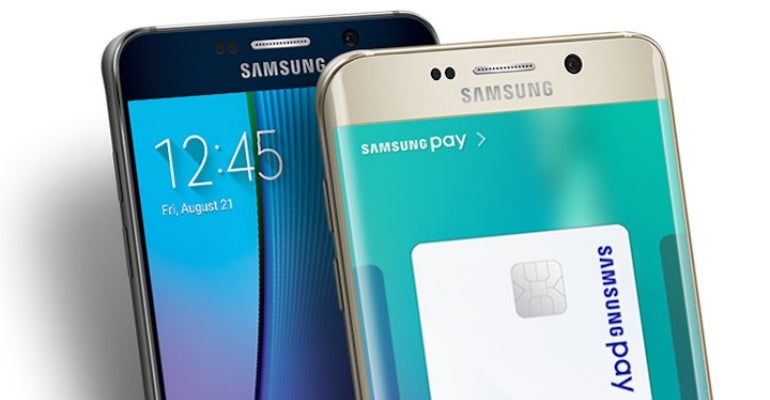 Samsung Pay is a mobile payments service that lets you keep digital copies of all your credit and debit cards in one place. It lets you make contactless payments over the £30 contactless limit in UK shops.

If you have the Samsung Galaxy S10 or S10 Plus, you’ll have enhanced security and quicker payments, thanks to their ultrasonic fingerprint reader. This is built into the screen, meaning there’s no need for a bezel, allowing the screen to be bigger. It also works when your fingers are wet, unlike traditional capacitative fingerprint readers.