Google has stopped selling the Pixel 2 and Pixel 2XL just 18 months after the phones first went on sale. It has also inadvertently confirmed that the Pixel 4 is coming soon, and hinted heavily that the wallet-friendly Pixel 3a is imminent.

First, the Pixel 2 and Pixel 2XL. While both phones still feature on the compare phones section of the Google online store, there’s no longer the option to buy either. It seems like they’re only there to make the Pixel 3 and 3XL look more impressive. 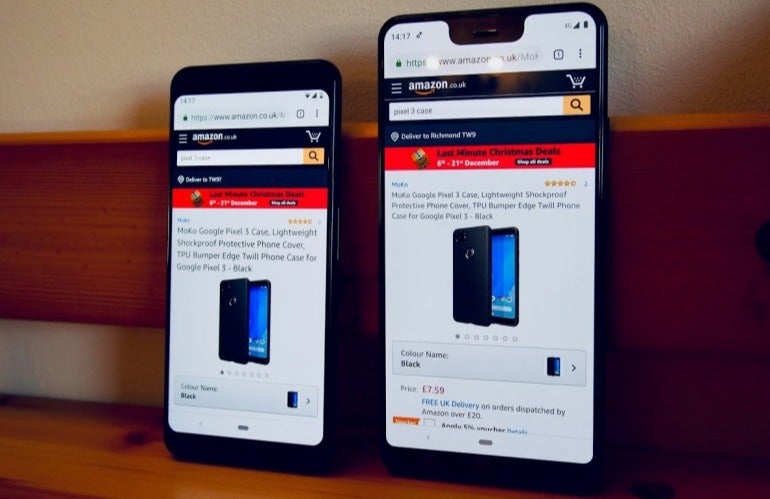 Further, if you head to the Pixel 2 page directly, you’ll be redirected to that of the Pixel 3.

You can still buy the Pixel 2 and Pixel 2 XL from third-pary retailers.

It seems a bit soon to stop selling both devices. After all, Apple still sells the iPhone 7 two-and-a-half years after it debuted. But then it shouldn’t come as a huge surprise: Google stopped selling the original Pixel and Pixel XL on its website around this time last year, again 18 months after they first went on sale. It’s just Google’s way.

In other Pixel news, Google has inadvertently confirmed the existence of the Pixel 4. Code on the Android Open Source Project – written by a Google employee – explicitly mentions the Pixel 4 numerous times, and suggests the firm is testing certain features on the Pixel 3 before deploying them on the Pixel 4.

The Pixel 4 should launch in the autumn. But before then, we can expect the Pixel 3a, the budget version of the Pixel 3. A Google exec has hinted that will launch imminently, by posting that he’d taken photos of the Hewlett Packard office on “an unreleased phone”, so couldn’t post them. Could this be the Pixel 3a? We think it could.

So while Google is canning its old phones, it’s very much looking to the future when it comes to its Pixel range.