The Samsung Galaxy Fold will be the first foldable smartphone to hit the UK when it goes on sale on 3rd May, but it seems Samsung could turn one of its flagship smartphone ranges into a foldable too. At least if these renders are on the money. 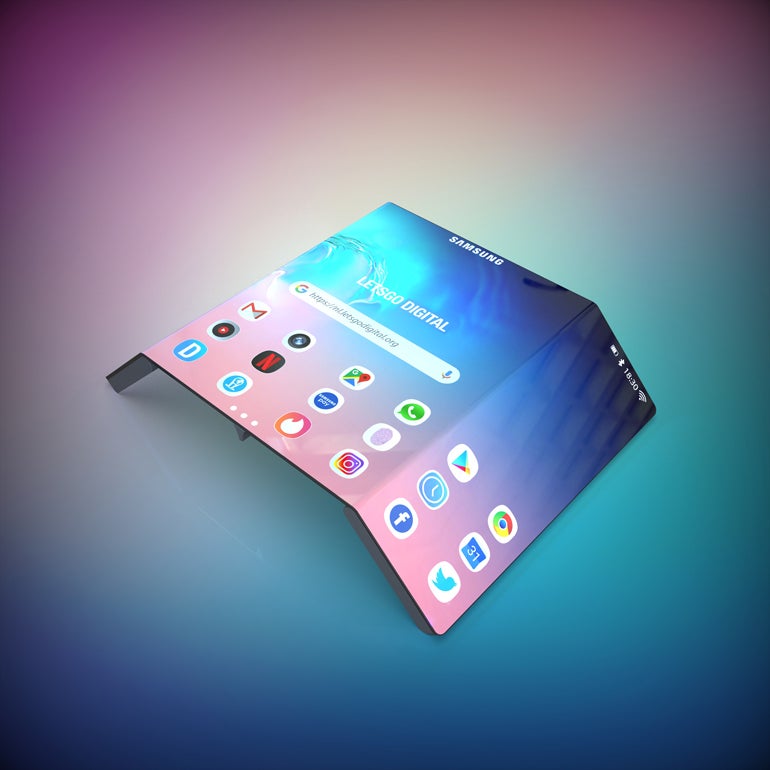 They show the Galaxy Note 10 with a foldable screen. However, unlike the Galaxy Fold, the screen has two hinges, letting it fold on either side. This would give it more screen size options, as you could fold one hinge up to enlarge the screen, or both to supersize it.

A similar mechanism has been seen on the upcoming Xiaomi Mi Fold.

These renders come courtesy of Dutch blog LetsGoDigital. They’re apparently based on a collection of Samsung patents for foldables that the blog has collected over the years. 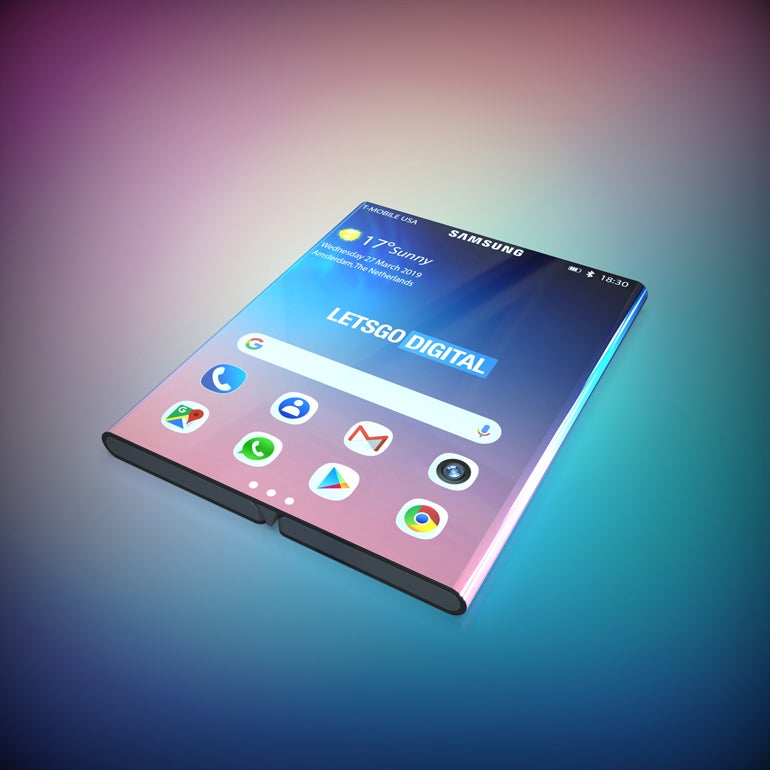 Will Samsung give its flagship range such a radical overhaul? It seems a long shot. The Galaxy Note range basically invented the phablet range, standing halfway between a big screen and a small tablet. While it was mocked at the time for its size, now all flagship phones are a similar size.

It would seem risky for Samsung to make such a big change to a top-selling device. While new and exciting, foldable devices are yet to prove themselves a hit with consumers. That hasn’t stopped Samsung, Huawei, Xiaomi and more from making their own foldable devices.

Indeed, Huawei reckons half of all its smartphones could be foldable by 2021. 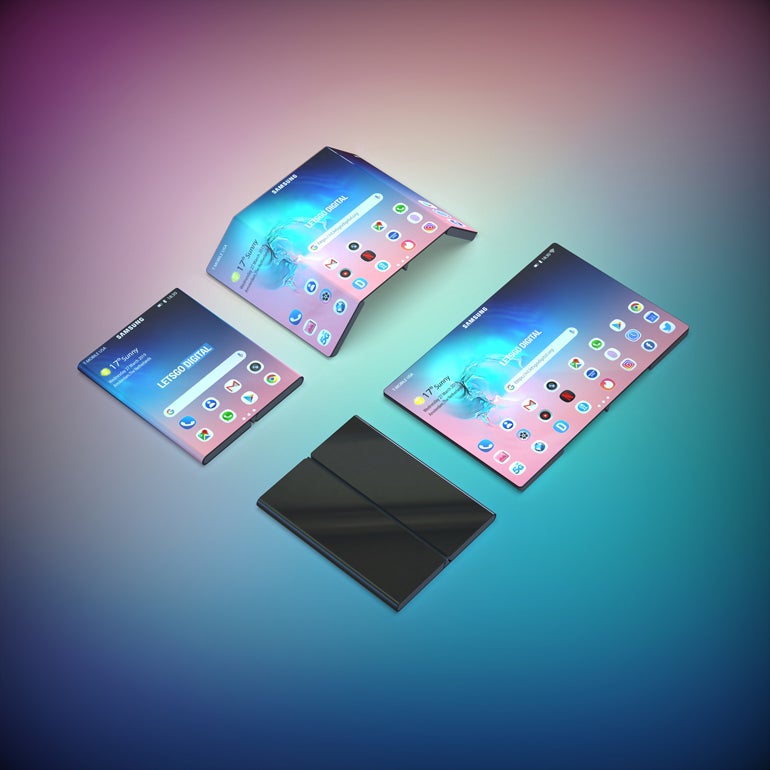 However, we’ve been here before. It wasn’t so long ago that modular devices like the Motorola Project Ara were said to be the future of smartphones. But they came and went without troubling punters’ pockets.

With foldables due to hit shop shelves next month, we should know before too long whether they’re a hit or a flash in the pan. The Samsung Galaxy Fold goes on sale on 3rd May, with pre-orders starting on 26th April. EE is the exclusive network partner, but you can also buy it from Samsung Experience Stores and from the Samsung Online Shop.

It will cost £1,799 and come with the Galaxy Buds true wireless headphones and a protective Kevlar case.