Google is readying a major overhaul of its Pixel smartphone range, with its updated flagship phones to come with a design that will challenge the status quo.

According to sources with knowledge of Google’s plans speaking with YouTube channel Front Page Tech, the next–generation Pixel 4 will ditch all physical buttons around the side of the device. That means no traditional volume controls or power button.

Instead, the Pixel 4 will switch to capacitive touch buttons along the right hand side of the device, allowing Google to offer a sleeker design that gives it a serious edge compared with its rivals.

While it might seem like a huge shift on Google’s part, the tech giant already offers similar tech on its current Pixel 3. Its Active Edge function allows users to interact with the phone by squeezing the edge’s of the device to use certain apps. This would merely be an extension of that, albeit one that some consumers may struggle to get to grips with.

In addition to these design changes, the Pixel 4 will apparently take its cue from the Galaxy S10 and utilise a ‘hole punch’ design, with a cutout for the front–facing camera. This would ensure no notch would be required, a pleasing change from the ugly looks of 2018’s Pixel 3 XL.

Front–facing stereo speakers are also in the mix, while Google is also reportedly readying an in–screen fingerprint scanner. This will allow it to ditch the bulky rear fingerprint scanner from the Pixel 3 – whether it will be as accurate as the Galaxy S10’s ultrasonic scanner remains to be seen. 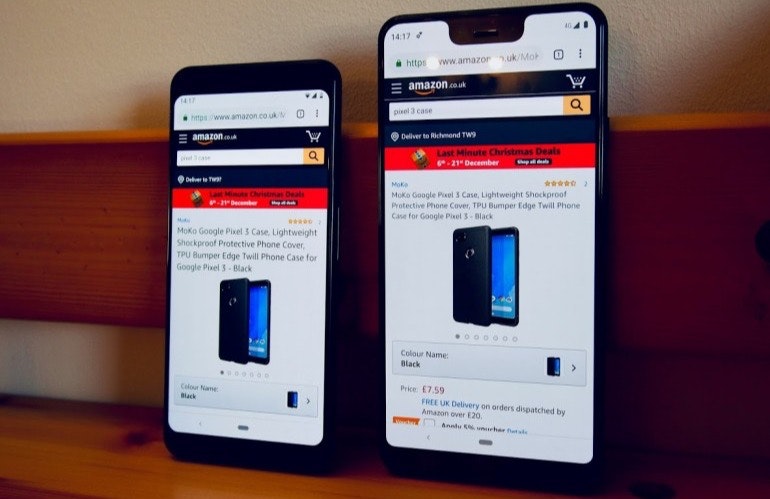 Previous chatter has pointed towards the Pixel 4 coming with Qualcomm’s cutting edge Snapdragon 855 processor, with no 5G models planned at this time. A release is expected in early October.