Google Pixel 4 rumours: specs, release date and everything you need to know

Google is readying itself for the launch of the fourth edition of its critically lauded Pixel range. The Pixel 4 and Pixel 4 XL are some way from an official release, but that hasn’t stopped eagle–eyed tech fans from digging out information about the Big G’s plans, from screen sizes to Face ID–baiting new tech. Read on and we’ll feel you in all the gossip about the Google Pixel 4 and Google Pixel 4 XL.

When will the Google Pixel 4 be released?

Google tends to wait until much later in the year to release its Pixel range. Past models have come out in October, allowing Google to assess the competition from Samsung, with its Galaxy Note range released in August, and Apple, which traditionally unleashes new iPhones in September. This year appears to be no different, with Google hoping to release the Pixel 4 and Pixel 4 XL in late autumn.

How much will the Pixel 4 and Pixel 4 XL cost?

Google’s old–school Nexus phones were always known for their low pricing, despite their cutting edge specs. Sadly, the Pixel range doesn’t stick to the same strategy. With last year’s Pixel 3 costing £739 and £839 for 64GB and 128GB models respectively, and the Pixel 3 XL coming in at £869 and £969, the new Pixel 4 range is likely to be even pricier. With updated cameras and a new facial recognition system being primed, expect SIM–free prices to push the £1,000 mark.

Perhaps the most obvious change compared with the Pixel 3, the Pixel 4 is rumoured to have no physical buttons. That means no volume rocker or power button. Instead, the device will apparently have a totally smooth outer edge that will utilise capacitive touch tech to allow users to control sound and turn the device on and off. Google already offers similar tech through its Active Edge function, which allows Pixel 3 owners to control their device through squeezing and swiping the side of their handset. If it does manage this, it will give it a serious boost against increasingly impressive competition.

Google has long held out against using a multi lens setup for its Pixel phones. This hasn’t hampered it in the past, with its devices lauded for their hugely impressive imaging performance, particularly in low light. However, things look set to change with the Pixel 4 and Pixel 4 XL. Leaked designs have shown off plans for a square camera module in the top left corner of the Pixel 4, with space for two lenses. It’s thought one will offer telephoto capabilities while the other packs wide angle smarts. Either way, expect to see the same Night Sight tech that has got smartphone fans cooing over their Pixel 3 and Pixel 3a devices. 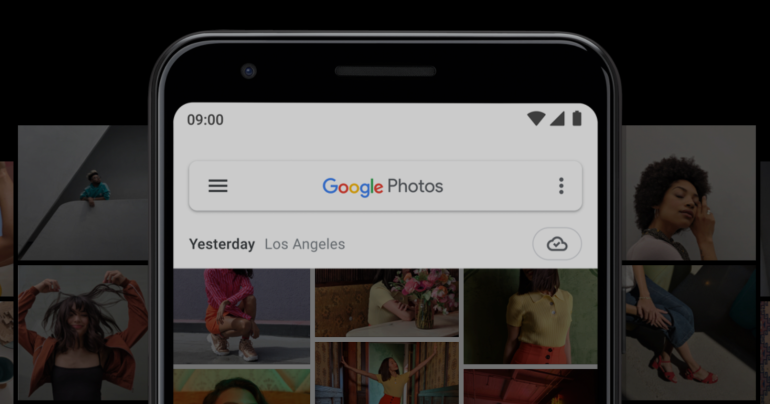 Gesture controls have become a cornerstone of Android smartphones in recent years, as Google moves away from standard button presses to navigate around its handsets. Now, new technology based on a chipset it’s been working on since 2015 could be about to take that to the next level. Developers have spotted references to something called Project Soli within code for the new Android Q platform. A new chipset, this project will apparently be called ‘Aware’ and will be a key part of the Pixel 4. Word is this will mean users can make gestures to control music and movies on the handset without actually touching the screen. Think something along the lines of Microsoft’s decade old Kinect system for Xbox.

It’s thought that Google is readying a serious rival to Apple’s class–leading Face ID facial recognition tech. Since its launch in 2017, no company has been able to match Apple’s 3D facial mapping technology, instead relying on fingerprint scanners and 2D facial scans for security. The Pixel 4 and Pixel 4 XL will change all that, according to sources close to Google’s supply chain. Neither handset will have a fingerprint scanner, instead utilising facial scanning for unlocking and secure payments. This would put it right up against Apple’s iPhone 11, due for release later this year. If the tech is a success, expect to see other Android mobile makers clamouring to bring it to their products in 2020 and beyond.

No hole punch, no notch

Some rumours had pointed towards Google using a so–called hole punch design, seen in Samsung’s excellent Galaxy S10. However, leaked designs have shown Google is actually going to have a bezel across the top of the phone, where it will house sensors for facial scanning and selfie cameras. This means no dreaded notch, something which blighted 2018’s Pixel 3 XL, and is a tacit admission that if you want the best tech, sometimes design needs to be slightly compromised.

It seems Google has had its fill of front–facing speakers. Leaks have shown the Pixel 4 will instead come with a dual speaker setup at the bottom of the phone, much like the mid–range Pixel 3a released earlier this year. This is unlikely to be a deal breaker for most, with audiophiles always more likely to use a Bluetooth speaker to play back music. It comes as no surprise that Google will also not be offering a standard headphone slot, as it pushes its wireless earbuds instead.

A snappier processor and more storage?

Unsurprisingly, Google is thought to be using the top–end Qualcomm Snapdragon 855 processor in its Pixel 4 range. This may be paired with storage options of 128GB or 256GB, essential considering Samsung’s Galaxy Note comes with up to 1TB and 512GB is now available on the iPhone.

As yet, it’s not clear if there will be a 5G version of the Pixel 4. Its processor can certainly handle the tech, but it may be that Google is calculating that uptake of the new tech won;’t truly kick off until 2020, when networks become more widespread.

Twitter tipster Steve Hemmerstoffer, using the @OnLeaks handle, has revealed plans for the final Pixel 4 XL design. Based on CAD drawings, they show off a device with a significant bezel at the top, a trade off that at least means there will be no ugly notch on the larger version of this year’s Google flagship.

Design–wise it tallies with many previous rumours: there is no headphone slot, a bottom–firing stereo speaker, a dual front–facing camera, a dual main camera and a special gesture sensor for interacting with the Pixel 4 XL without touching it.

However, the presence of a physical power key suggests gossip about a handset with no buttons may be wide of the mark.

The two–tone finish so beloved of Google appears to have been ditched for a monotone look that’s more in keeping with the simple designs of its rivals.

Naturally, the bezels make the Pixel 4 XL look chunky compared with competitors. But its proposed tech at least suggests it may be a cut above when it finally hits shelves late in 2019.