AirPods 3 with water resistance coming by end of 2019

Apple is priming a new pair of AirPods with water resistance for release by the end of 2019.

Plans for the third generation Apple wireless headphones have been touted by analyst Dabiel Ives from Wedbush.

Ives’ claims back up those of other analysts, including renowned Apple watcher Ming Chi Kuo, who earlier this year said Apple was planning two new editions: one with an all–new form factor and the other a more basic update on AirPods 2, which launched earlier this year.

Ives said the AirPods 3 will come ‘design enhancements’, but did not elaborate further. There is no mention of noise cancelling, a feature which has long been a key miss with the Apple earbuds.

AirPods have proved to be a huge hit for Apple, despite being dismissed by critics for their average sound quality and lack of cutting edge features. They’ve become an ever present among tech fans looking to go wireless.

AirPods 2 added support for ‘Hey, Siri’, allowing users to speak directly to a connected iPhone without having to tap the side of the headphones. They also come with a wireless charging case.

AirPods 3 are expected to launch in time for Christmas, with Apple likely to tease them at a special event later this year – either alongside its new iPhones or updated iPads. 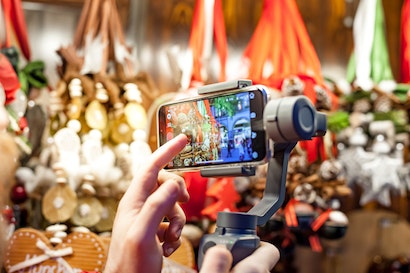