Nokia has officially unveiled its latest flagship device, the 8.3 5G, and according to Nokia it’s the “only gadget you’ll ever need”.

The Nokia 8.3 5G is a supercharged smartphone with impressive specs. It starts off well on the design front, made out of aluminium and Gorilla Glass with a shimmering back, it looks great. And at 6.8-inches it's a big phone with a 60Hz LCD display that’s good for viewing content.

Interestingly, the fingerprint scanner is found on the right hand side of the phone and not on the screen, and unlike many current smartphones the Nokia 8.3 5G has a headphone jack. Also, the 24MP front camera is a small punchhole on the top corner of the screen, so it doesn’t take up much display real estate.

The big new feature is 5G connectivity, and Nokia claimed the 8.3 offers one of the best 5G experiences yet to be seen on a smartphone

Having been the brand that gave many people their first ever mobile phones, the Finnish brand fell away when the dawn of the smartphone saw iPhones and Android devices take over.

But the last few years have seen Nokia release some more-than-decent options, and the 8.3 5G is the best yet.

Partnering up with some Hollywood friends, the Nokia 8.3 5G will be seen in the upcoming new Bond film ‘No Time To Die’ and to mark the occasion the reveal event was broadcast from Pinewood Studios.

Nokia also showed off two more new smartphones - the 2.4 and 3.4, and these devices are firmly aimed at the affordable market, both costing less than £150. 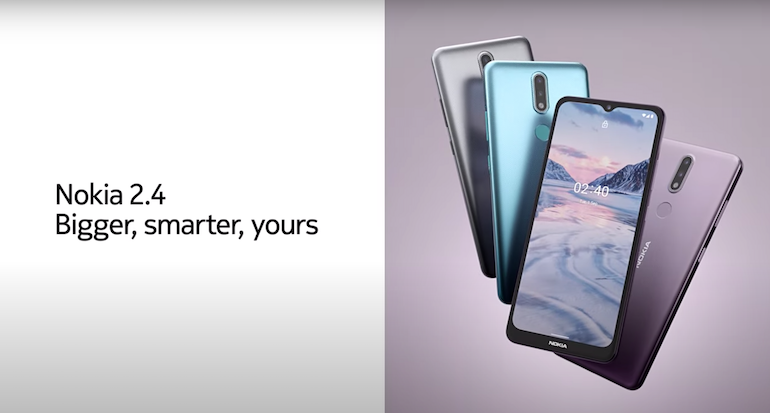 The Nokia 3.4 has a faster processor, a triple camera with 13MP main camera accompanied by ultrawide and depth sensor lenses, and an 8MP front camera. The display is slightly smaller at 6.3-inches. 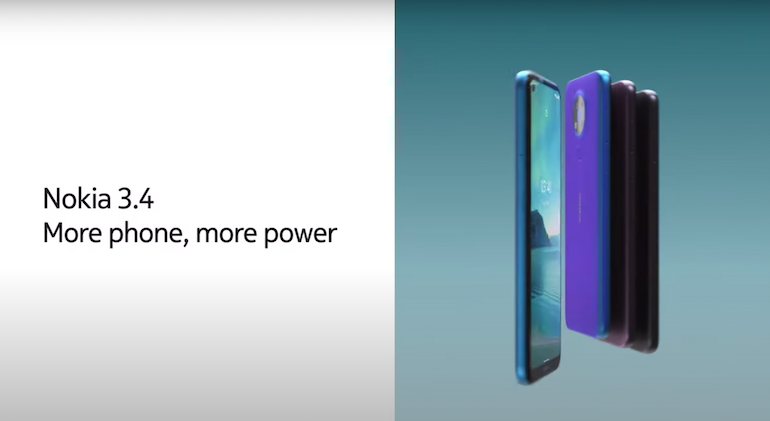 Both phones look great too, with attractive colours that pay homage to Nokia’s Nordic history. A fjord-like shade of blue and a dusky pink that echoes "the early evening sky in Finland”.

Those specs are good for devices at the lower end of the smartphone spectrum, and at the price you’ll get them for they are even better - the Nokia 2.4 will retail for just £99, and the Nokia 3.4 will cost £129.

Catherine Hiley, mobiles expert here at Uswitch.com, said: “Nokia’s phones have come a long way from the rugged handsets of yesteryear, which boasted batteries that lasted for days."

“Nowadays, Nokia produces sleek smartphones that deliver decent specifications at an affordable price, while still promising a longevity that other devices lack."

“The 3-series of phones gets a facelift with the Nokia 3.4’s eye-catching circular housing for the triple camera set-up, which includes a 13MP main snapper, 5MP ultrawide lens and a 2MP depth-of-field sensor."

“These vital statistics may look weedy compared to top-end handsets, but for only £119 it’s an impressive arsenal."

“Smartphone users on a budget will struggle to find a better phone for under £100, especially given that Nokia says its battery will last for two days."

“Nokia was also keen to brag about its phones appearing in the new Bond film, and with two days between charges, it really is a case of Batteries Are Forever.”

All three new Nokia phones will be available in October.