Apple is set to be hit with a £1 billion lawsuit that could see millions of customers in the UK receive compensation due to the company’s alleged breach of competition law.

Apple currently makes 30% commission on all apps sold in its app store, and the organisers of the lawsuit suggest that this is unfair, unlawful and needs to be addressed.

A case has now been submitted to the UK Competition Appeal Tribunal (CAT), and the organisers of the case are hoping to include all of Apple’s 20 million UK customers in the £1.5bn damages claim.

The main arguments against Apple are that it blocks potential competitors and that it forces people to use its own payment system, which in turn makes Apple "unlawfully excessive levels of profit".

The case is being led by Dr Rachael Kent of Kings College London, law firm Hausfeld and Co and Vannin Capital.

Dr Kent said: “The App Store was a brilliant gateway for a range of interesting and innovative services that millions of us find useful, myself included. But thirteen years after its launch, it has become the only gateway for millions of consumers. Apple guards access to the world of apps, and charges entry and usage fees that are completely unjustified.”

Apple said its costs for keeping the App Store up and running amounted to around £71m last year. But its profits from the App Store were around £10.6bn, which Dr Kent said is a result of “unjustified charges on users”.

As it’s been proposed, any UK consumers who own or owned an iPhone or iPad and have paid for in-app purchases, subscriptions or actual apps since October 2015 have been included in the £1.5bn damages claim.

Cases with multiple claimants are known as class-action suits in the US, which is not something that exists here in the UK. However, the CAT does allow for claims that cover everyone who has been affected by a case unless individuals decide to opt out.

The tribunal first needs to approve the case before it can proceed.

Apple has remained defiant and said in a statement that the claims are “meritless”. Apple also said that its 30% charge is in line with “those charged by all other digital marketplaces". Google also charges 30% in its Google Play Store.

“If this legal action is successful, it could mean billions of pounds of damages being returned to UK iPhone users who have paid for apps since 2015.

“This lawsuit is still at a very early stage, but Apple points out that the 30% cut it takes from developers is similar to other app stores.

“If you’re an Apple user, you don’t have any choice about where you download your apps so it’s unlikely you will see any changes in the short term, and it could be a long time before this legal action is resolved.”

Ready to switch? Take a look at some of our best mobile phone deals 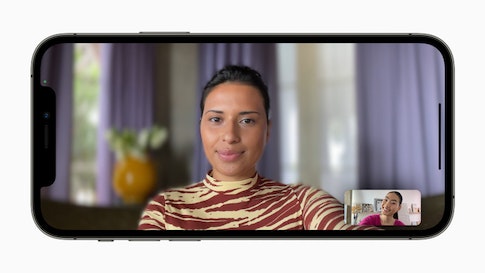 5 new iOS features for your iPhone

One in four people receive scam texts every day

Will you be affected?

Are you at risk from third-party products?

Do your Android apps keep crashing? Here’s how to fix it.

Stop your apps from crashing in a few easy steps.