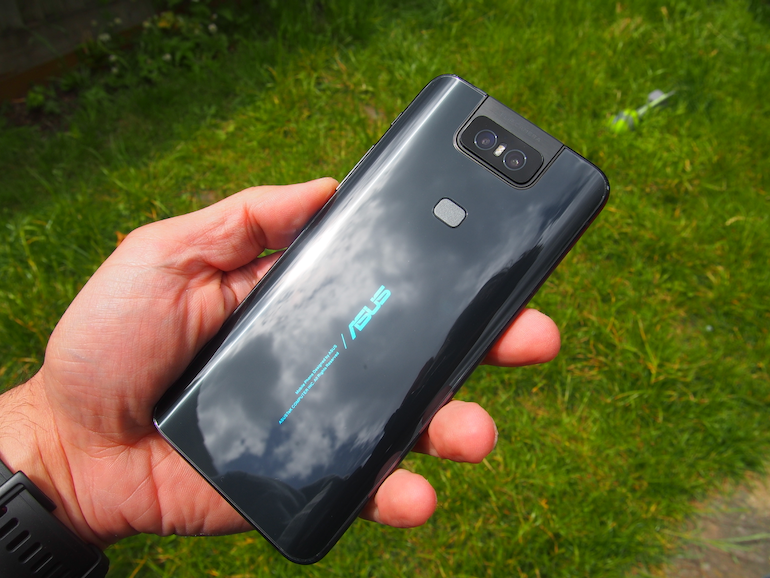 Asus Zenfone 6 is a high performance, large-screen device that sits nicely between the Pixel 3a XL and the OnePlus 7 Pro.

It runs a no-frills, standard version of Android which is almost identical to the one on the Google Pixel. Even better, its processing platform is as powerful as the one found on the OnePlus, making it a good choice for gamers and power users. 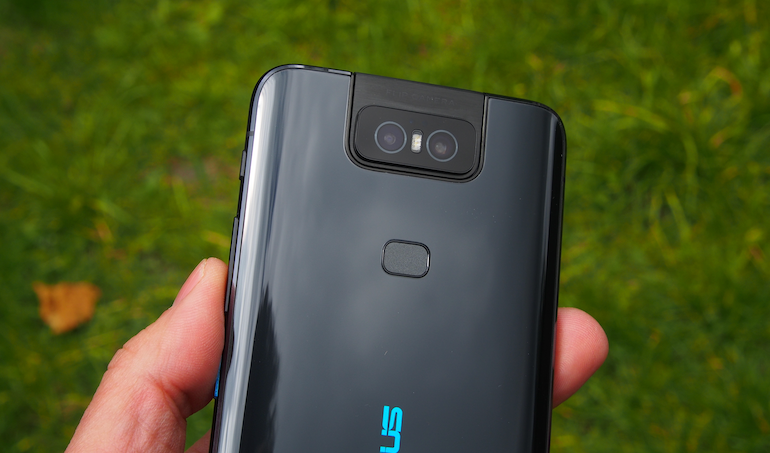 Its main trick is in the rotating camera, a solution that does away with the separate front-and-rear setup. Instead it makes the rear camera rotate to the front when you want to take a selfie.

The Zenfone 6 design is very much built around the rotating camera which allows Asus to mount a large flat screen with no notch or holepunch for the front camera. 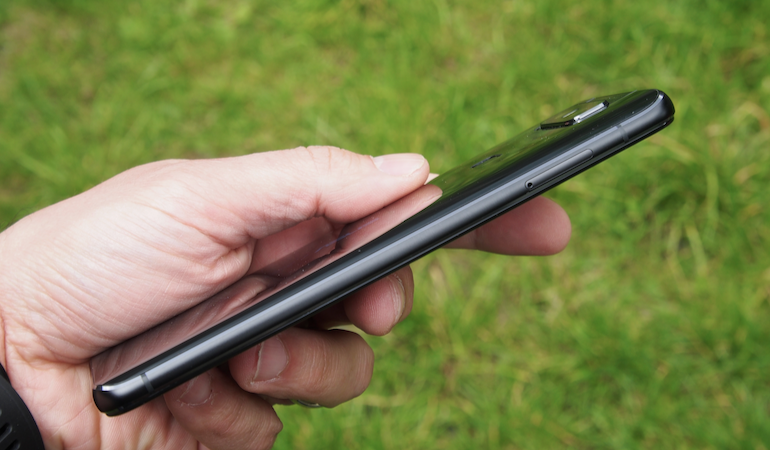 The dual SIM drawer on the left side can also be used to upgrade the storage up to 1TB (that’s a whopping 1000GB).

The body is slightly thicker than average at 9.2mm and is also one of the heaviest phones we've tested, weighing in at 190g.

Despite the size, however, ergonomics are good thanks to its slightly rounded back.

At the bottom we find a standard audio jack and a reversible USB-C as well as the main speaker.

Around the front, there's a 6.4” flat LCD screen. One of the disadvantages of LCD over the more expensive AMOLED is the necessity of thicker bezel but the Zenfone 6 is designed so that the frame doesn’t look too thick. 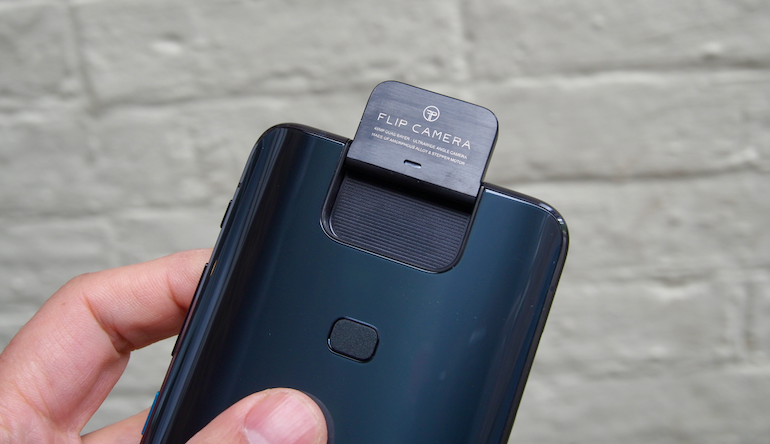 The camera panel is a large moving part after all and its resistance to shocks or dust is hard to verify without long-term usage.

Asus, however, is well known for quality construction and has introduced plenty of industry leading materials in its components and laptops lines. The flip camera itself is made of an “Anamorphic Alloy” which is the same material used on Asus super-thin laptops.

The movement is powered by a stepper motor which is a rugged, simple construction component that is designed to operate under stress.

The camera is also fitted with an emergency shut down that will fold it back down at high speed in case the device is dropped. This system is pretty good at detecting a free-fall. The panel needs to do a 180-degree turn in a fraction of a second, which is pretty impressive.

Elsewhere, there's no waterproof certification, but that's not exactly surprising on a device that costs less than £500. 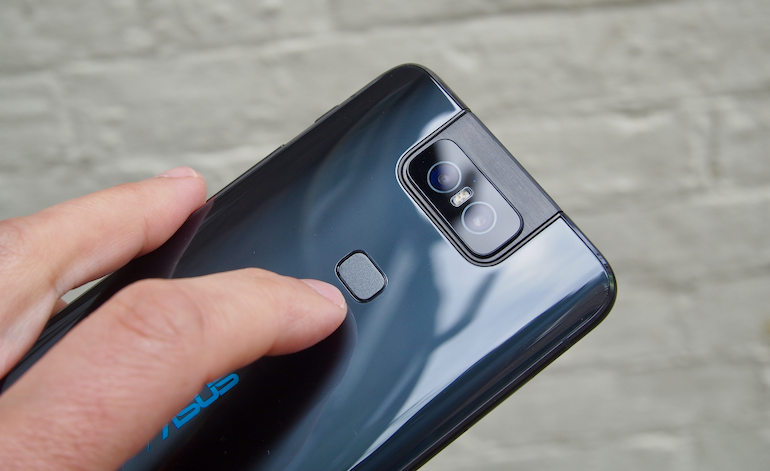 The fingerprint sensor is at the back. This is the only biometric unlocking available as the phone doesn't support face recognition. 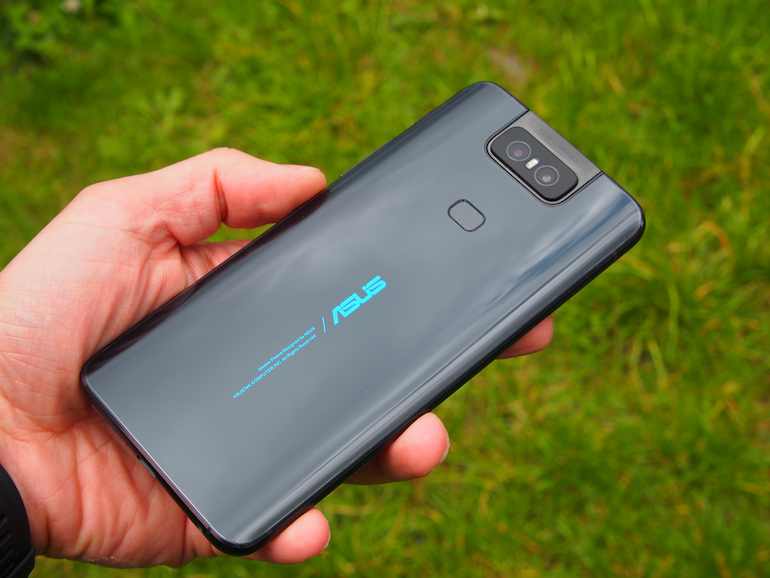 The shiny back is a simple reflective surface, same Gorilla Glass 6, where a super-bright Cyan Asus branding is visible.

There's also a general purpose button on the top right. It can be customised to perform different actions but by default, it opens the Google Assistant. In the box you’ll find the fast charger, USB-C cable, a pair of earphones with volume control and a transparent plastic case. 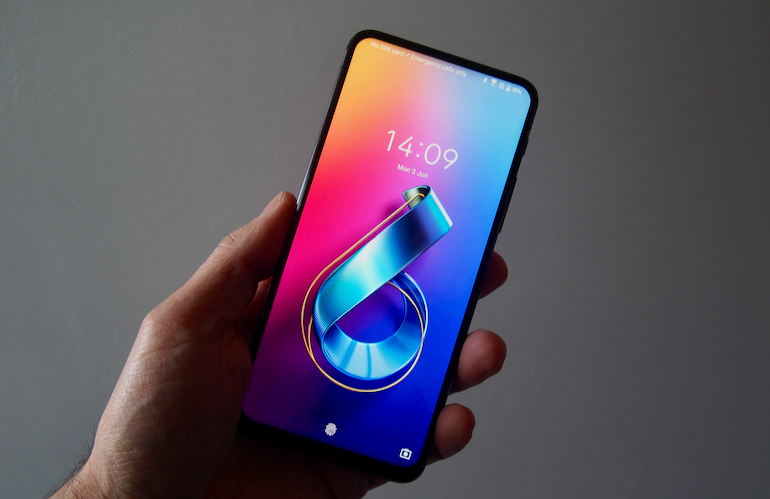 The 6.4” display is sharp and pleasant indoors but does make you wish you had more brightness in sunlight. Its LCD technology is heavier on the battery and its rendering of black is nowhere as deep as you would get from an AMOLED screen.

The reversible camera, is made up of only two lenses, a 48MP wide and a 13MP ultrawide. It uses the Sony IMX586, a sense you will find on many “premium-budget” phones.

The 48MP resolution is turned off as standard, and instead, images will be shot at 12MP. This may mean lower level of detail in perfect light conditions but when light is less than ideal it's best to use the 12MP default setting as it'll deliver more luminous shots.

Whenever light is scarce, Night Mode to help you capture detailed shots long after dark.

When light is good but not great, we found it's best to experiment with HDR. In the case of the Zenfone 6, it comes in two strengths: HDR+ and HDR++.

In practice the HDR++ tends to oversaturate and you may come up with a very artificial looking photo.

Unfortunately there's no Optical Image Stabilisation on either of the two lenses.

On the upside, with the exception of the panorama mode, everything you can do with the rear camera, you can do it with the selfie, because they are actually the same camera rotated 180-degrees.

This guarantees some pretty advanced self portraits that, as well as being highly detailed, include the option of skin-tone, skin-smoothing and depth focus, which is best to set at around mid-way to avoid blurring the edges of the subject.

Overtall the camera on the Zenfone 6 is a pretty good competitor to the one found on the OnePlus 7 Pro but lacks the sophisticated image processing that makes the likes of the Pixel or the top Huawei phones shine when it comes to photography. 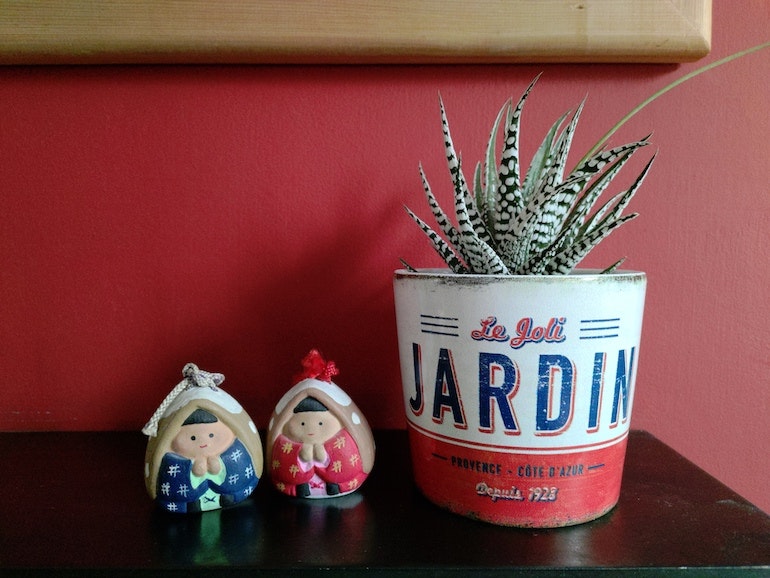 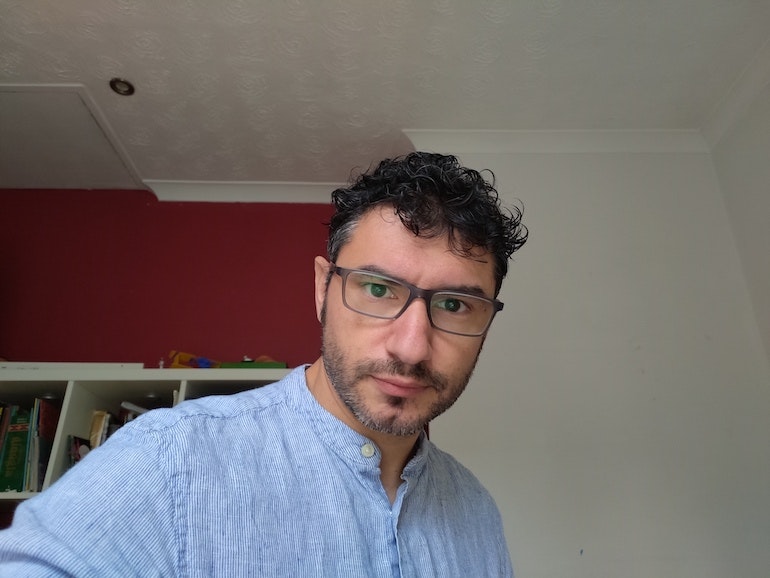 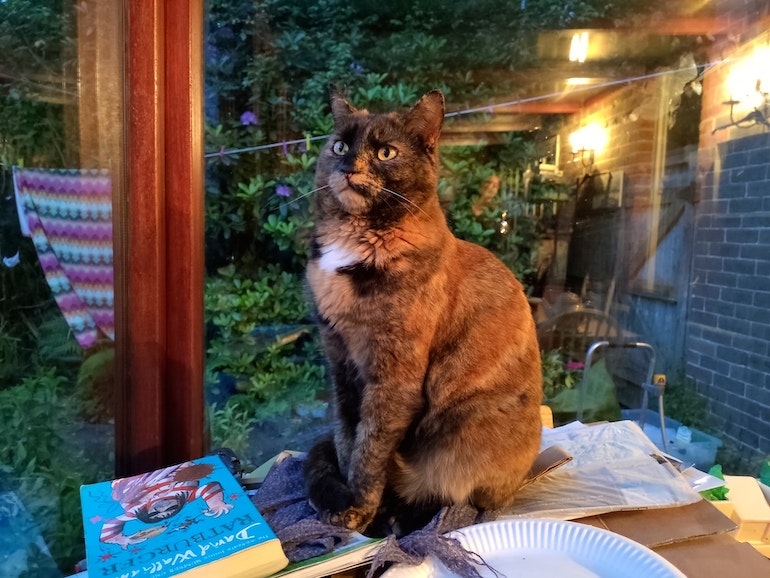 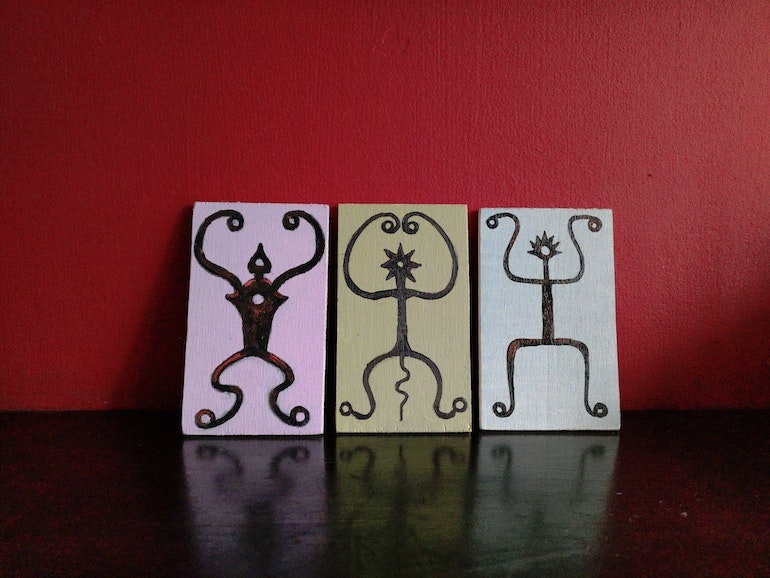 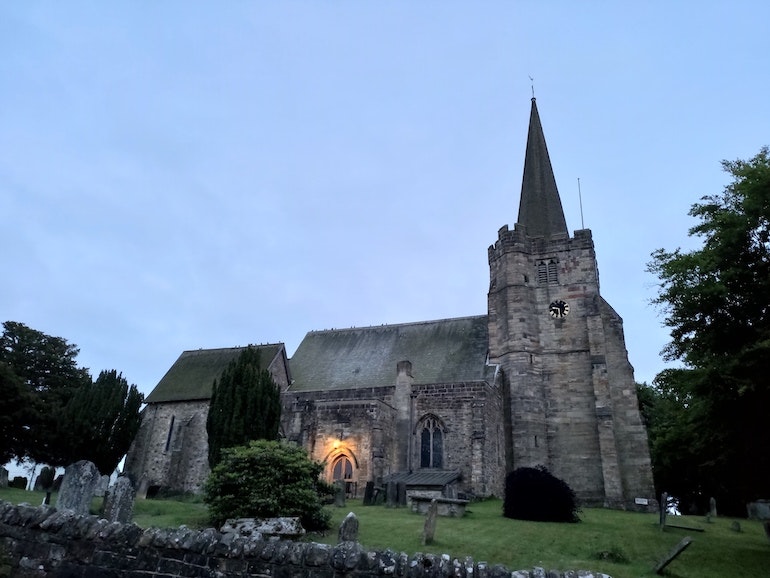 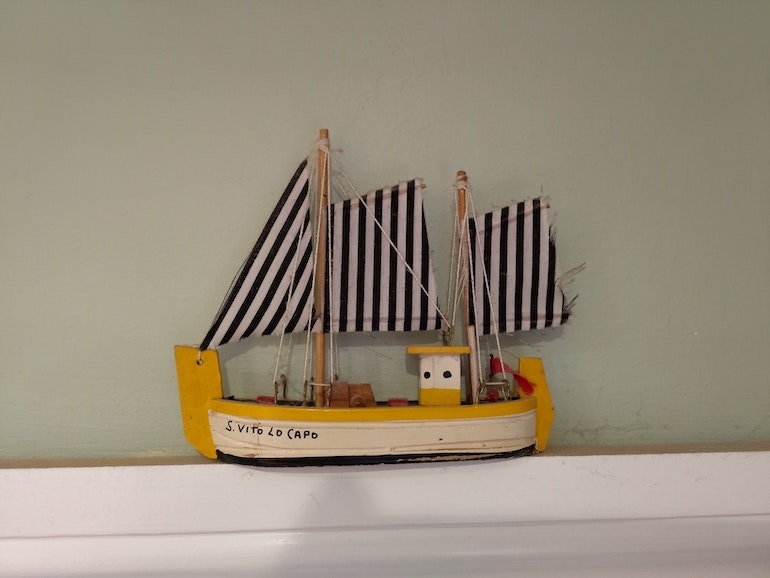 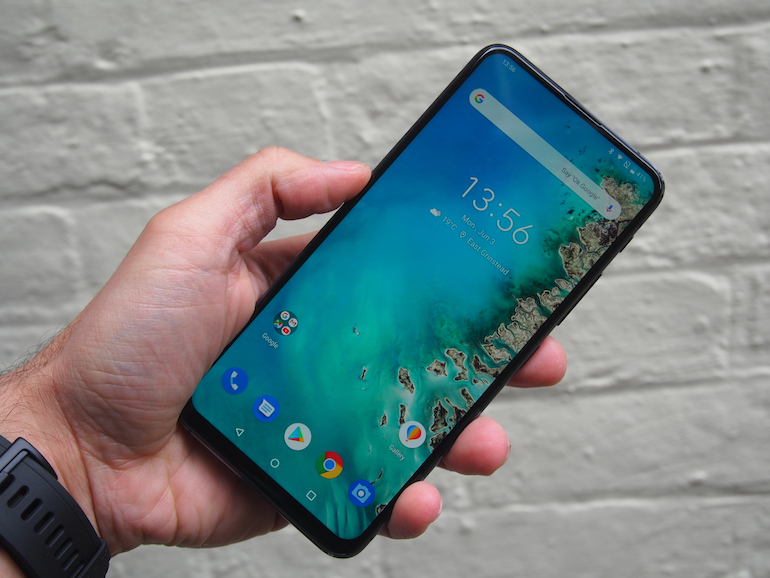 The Zenfone 6 comes with Android 9 (Pie) and the latest security updates. With a few small exceptions, the system is almost “stock Android” and very similar to what you’ll find on the Google Pixel or Motorola devices.

Even the system settings, at first look, are identical to the ones on the Google Pixel series. But they do include a few power utilities like OptiFlex, that reduces standby battery drain and Game Genie for gaming optimisation.

Once you delve into the Settings sub-menu you will, in fact, find plenty of utilities that are sure to confuse everyone but the most tech-aware of us. From this point of view, I much prefer the elegance of the system management as implemented by OnePlus in their latest OnePlus 6T and 7 Pro which is as powerful but a lot easier to navigate and use.

The battery is a huge 5000mAh but when put through its paces it fails to impress. It manages to deliver 6.5 hours of continuous screen usage which is less than some devices with smaller batteries and standby longevity is underwhelming.

If you only look at the spec sheet and the expected retail price of around £450 at launch, the Zenfone 6 is one of the best deals you can find. The standard price, however, only buys you the 6GB RAM and 128GB Storage model.

Having said that, it's still great value for money and it's got some really cool features that make it a bit of a bargain.