The Doogee S90 is a rugged device that's perfect for anyone in need of a device that can withstand extreme conditions.

The Doogee S90 is a big phone. The 6-inch screen, built with Gorilla Shockproof glass, is covered in a black plastic and metal casing. The armour-like design allows the Doogee S90 to withstand accidental drops to any hard surface. 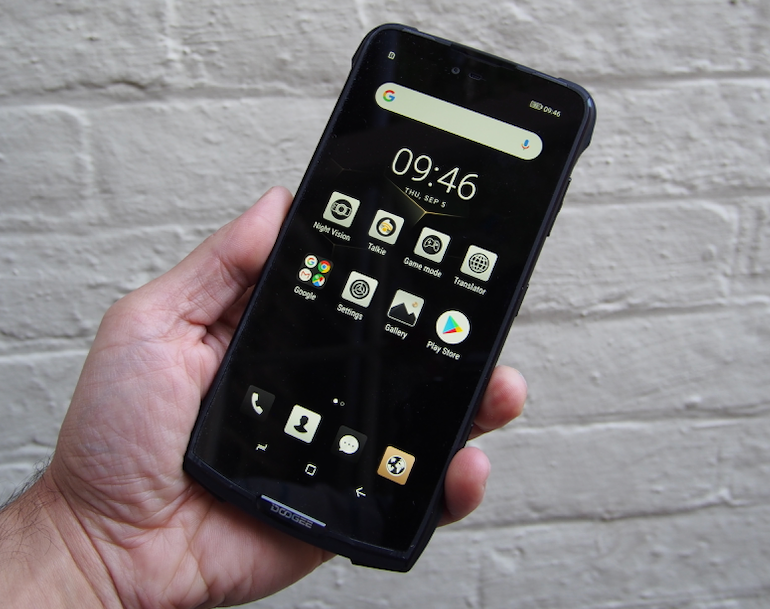 The Doogee S90 is a bulky, heavy device. 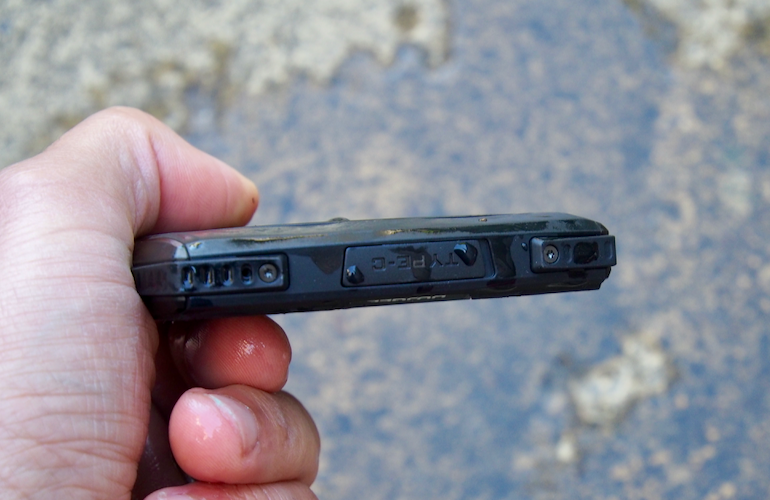 Both the USB-C charging slot and the SMS/SD card drawer are protected by rubber flaps. 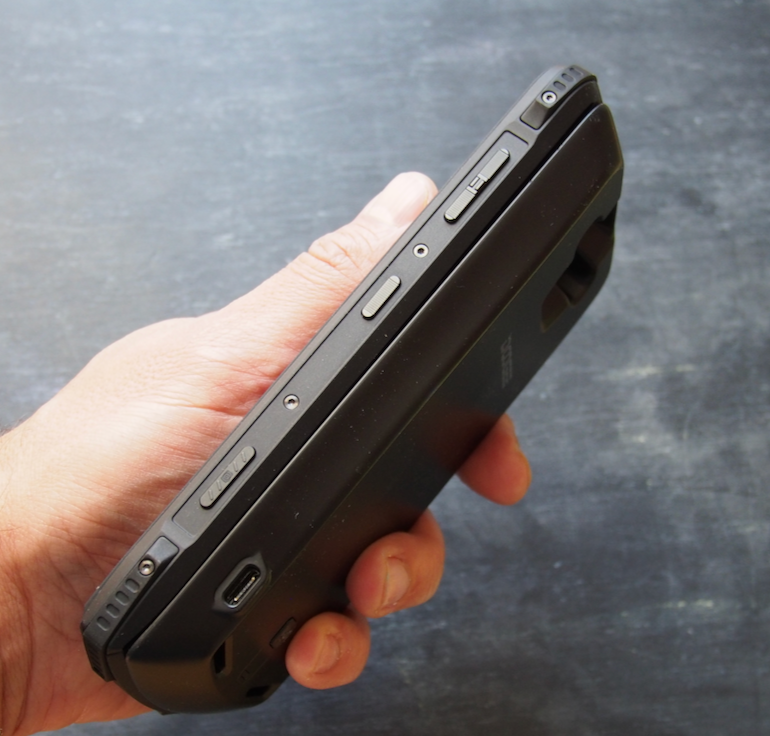 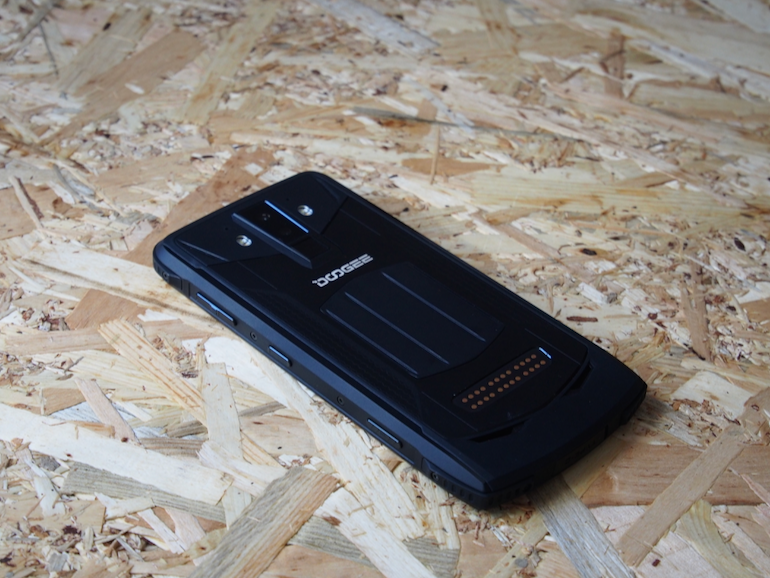 Weighing over 300g, this tough-looking handset is a hefty piece of equipment that might be more at home in a toolbox than a trouser pocket. 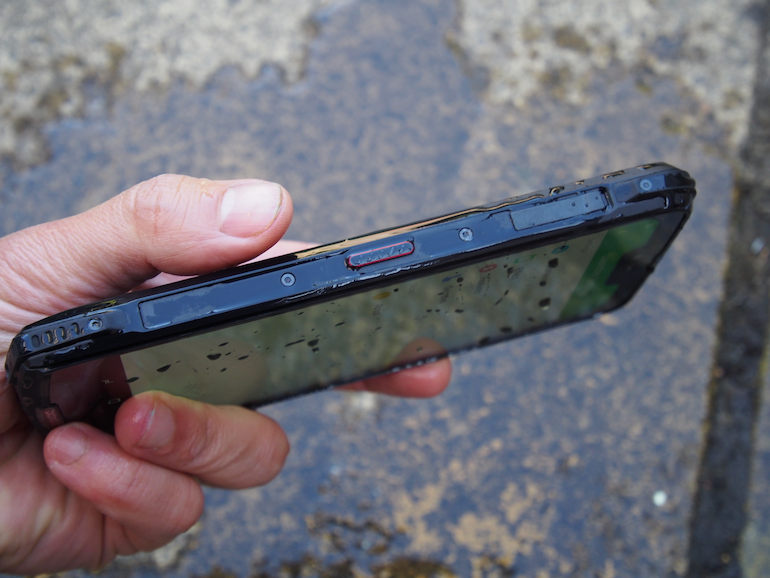 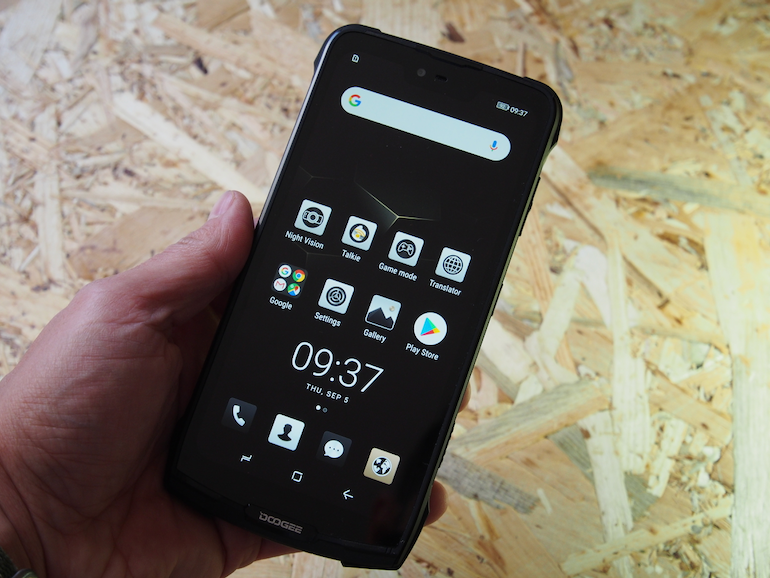 The display has a notch that hosts the selfie camera and speaker. This feels unnecessary, given the size of the display frame.

On the sides, you'll find a large power button next to the volume rocker on the right but also a hardware camera shutter button. Strangely, this doesn't work as a camera launcher when the phone is on standby and the screen is off.
This dedicated button also operates the camera in underwater mode. 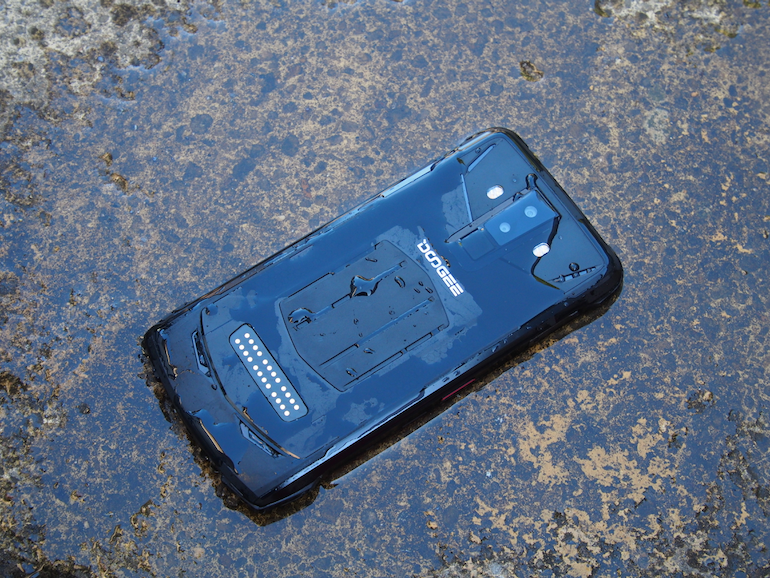 You'll find two led flashbulbs at the back of the phone. These can function as a torch, but I was disappointed to see that the light intensity was no better than the average, single-flash phone.

Buttons aside, it is the ruggedness of the Doogee S90 that is the real selling point and more specifically, its IP69K rating. Unlike your average premium device which is usually rated with the IP68 standard the S90 has a far superior IP69K rating. This means it's not only capable of withstanding water submersion and heavy dust, but it's also resistant to high-pressure water jets at a temperature of up to 80-degree celsius. The IP rating is accompanied by MIL-STD-810G certification - a series of tests including shock, vibration and exposure to extreme temperatures.

Ever fancied deep-cleaning your phone with high-pressure steam? With the Doogee S90, you can.

The 6.18-inch screen uses IPS technology, it is pin-sharp with a pixel density of over 403ppi, but colour rendering is average, and brightness is nothing to shout about.

No headphone socket, but it comes with an audio jack to USB adaptor if you want to use wired headphones.

First pioneered by the Motorola Z series, the optional clip-on modules offer an additional battery, a night-camera, a digital walk-talkie and a game-pad. The walkie-talkie and battery modules can be handy for a team that needs to operate in remote locations for long periods.

Great little snapper for documenting building work but best to rely on a better camera if detailed images are required.

Unlike mainstream smartphones, the quality of the camera should be a secondary concern for the Doogee S90. Nonetheless, the 16-megapixel/8-megapixel rear camera combination offers good-enough results for the type of use expected from this device. In good light, images look sharp as long as you don't zoom-in, and in low-light the camera compromises on colour fidelity and details on order to produce brighter images. The digital anti-shake works well with images mostly free of motion blur. One of the optional modules is a night-mode camera, which retails for around £50. This clips on to the back of the device and while it won't turn your Doogee in to true night-vision goggles, it gets good resultsat night or in dark environments. 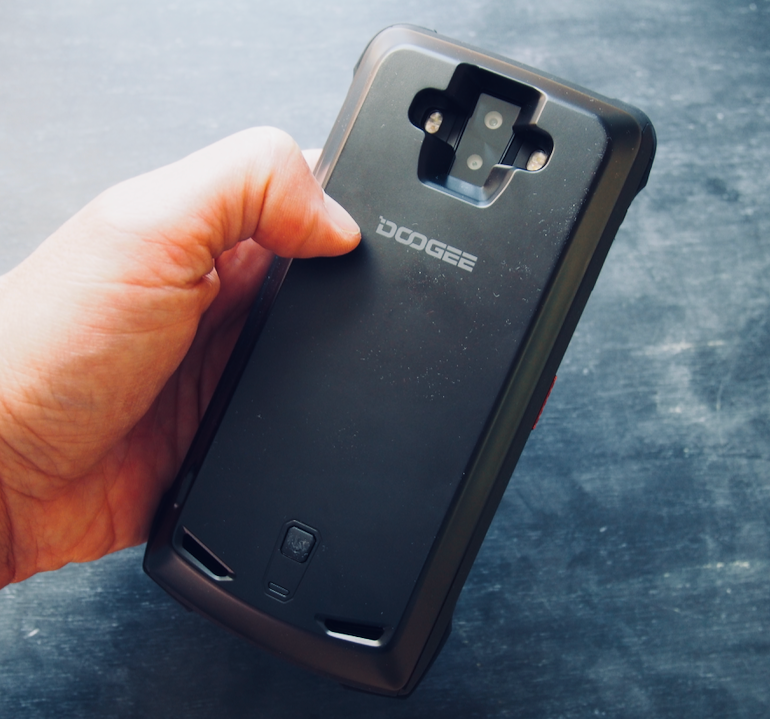 The camera gets buried when the power pack is on but this has little effect on the light levels of your pictures.

The Doogee S90 doesn't run the latest version of Android, instead, its interface runs on a customised version of Android 8 Oreo. In terms of performance, the device is comparable to budget devices and has a generous 6GB RAM. 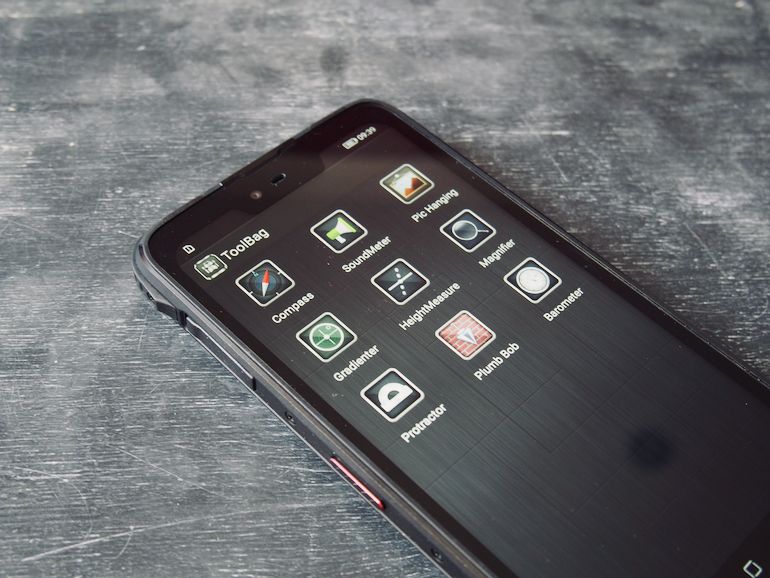 You'll find all the usual apps pre-installed as well as a set of tools such as Protractor and Height Measure. The Barometer (and altimeter) is another tool that makes the S90 standout. It is rare to see a air-pressure sensor on any phone nowadays. 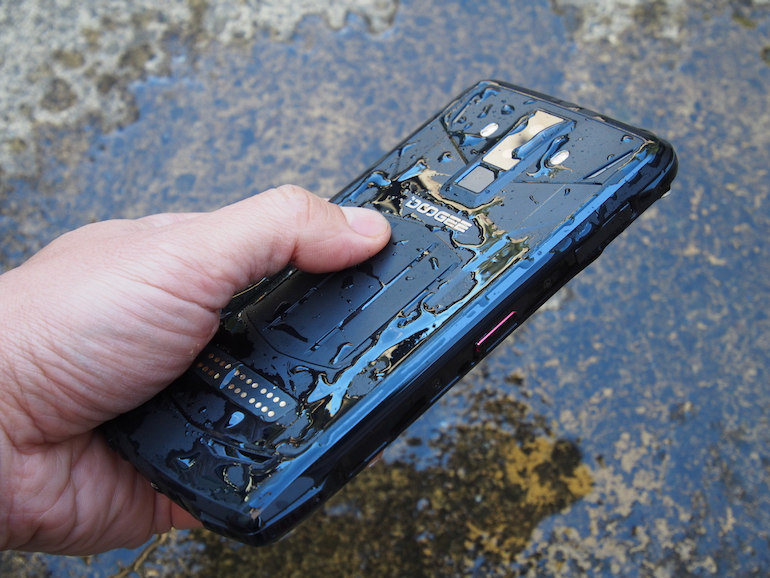 The fingerprint sensor, located at the back, can be frustratingly slow and too often fails to recognise the stored fingerprint. Luckily, face-recognition is a breeze to use and fast to unlock the phone.

Battery life is one of the main strengths of this device. The 5,000mAh is by far the biggest we have ever seen on any device and guarantees a few days of use and at least 3 weeks of standby. 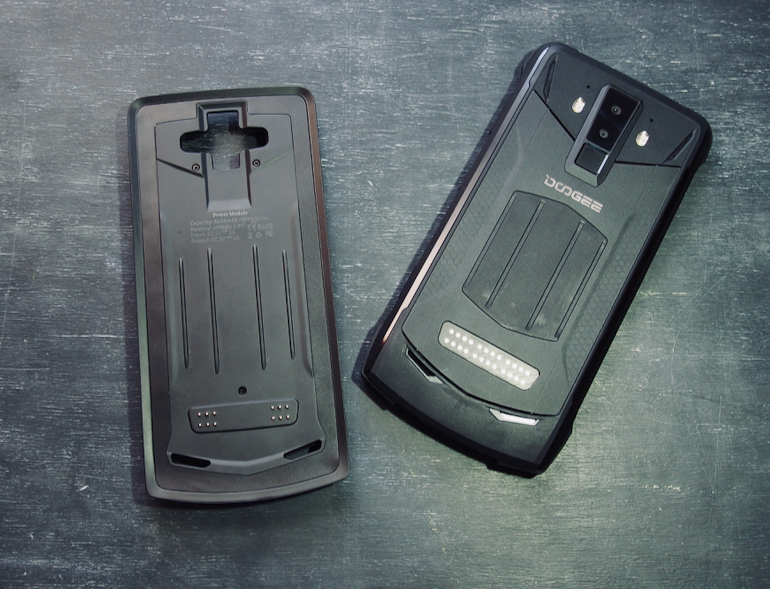 If you require continuous without access to a power outlet, the additional battery module can double the battery size but it also dramatically adds to the bulk of the device.

Very competitively price, even with the extra modules. Vey bulky device Largest battery you can buy Excellent choice of clip-on modules We'd like to see a more refined software interface The external battery module can be charged separately

If you need to equip a team to work in a remote area and you're on a tight budget, the Doogee S90 is one to consider.

We expect it to retail at around £310 with optional modules costing between £30 for the extra battery and £50 for the Night Vision camera. This is a real bargain compared to equivalent offerings from more established brands like CAT. You do, however, get a somewhat clunky software implementation and some not so great design decisions. 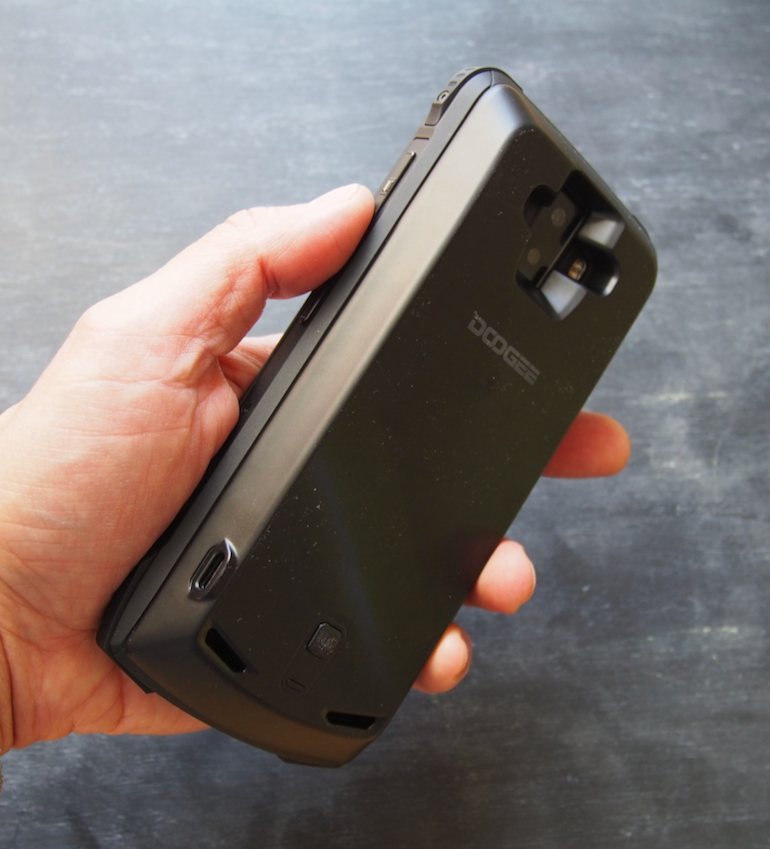 With the battery pack on, the S90 becomes as ergonomic as a brick

Its bulk is the main factor to consider here. The decision to equip the S90 with such a large screen and still ensuring this level of toughness meant making this a very large device that's unsuitable for general use, even if you like the tough looks and massive battery.

If you're in the market for a robust device to take on your next Everest climb, give the Doogee a look. The optional modules are the real winner here and given how affordable they are, they give the S90 an edge over its competitors. While adding bulk to the device, the optional battery module, saves you from carrying an external power pack and the walkie talkie is a unique feature that would mean one less device in your toolbox. 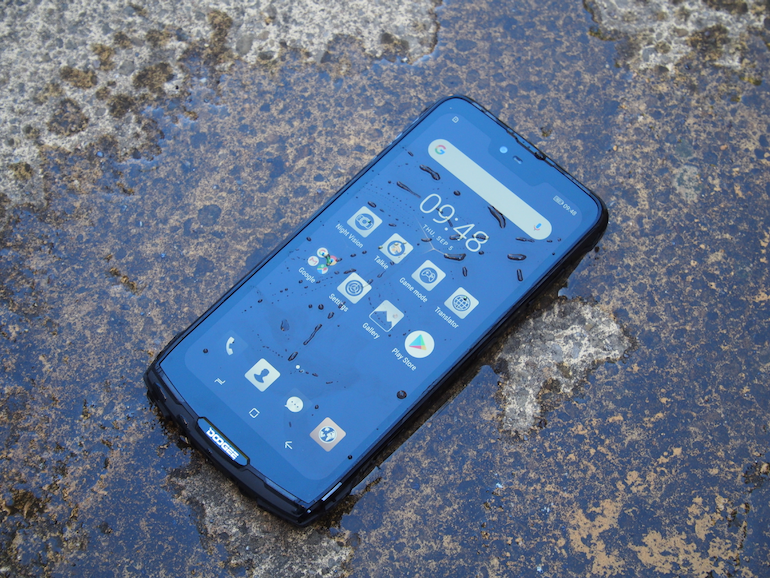 A phone with a large screen, a battery that will last for days and that can be used to hammer nails if need be.

Apple surprises everyone with the new iPhone SE.

An entry-level device with a massive battery.

Do Huawei's latest handsets live up to the hype? We find out.