In 2016, Google’s original Pixel phone hogged headlines around the world with its highly impressive photography tech. In fact, its incredibly lifelike and detailed image quality, brilliant low-light performance and natural yet flattering selfie snapper made it the best cameraphone of 2016.

So naturally there was a lot of anticipation surrounding the Google Pixel 2. And let me tell you, it’s surpassed all our expectations.

The Google Pixel 2 is quite simply the best cameraphone you can buy right now. What’s more, it achieves consistently great results without any of those gimmicks or proprietary filters that can make photos look tacky or unnaturally bright.

The real beauty is how easy it is to take professional-looking photos on the Pixel 2.

To get started, all you need to do is tap on the Camera icon or click the Power button twice and the camera app will switch on almost instantly.

The Volume rocker can then be used as a shutter button. But it’s probably best to use the shutter icon instead, as the button press may cause a bit of motion blur.

The camera layout itself is refreshingly simple. Swiping left to right will switch between Photo and Video mode. Meanwhile the main settings are at the top and shooting modes such as Panorama or Portrait can be found in the slide-out menu on the left.

There’s no Manual mode option, which is a feature that most users won’t miss. Instead, Google has opted for an easy-to-use exposure slider and Autofocus lock that can be accessed by tapping on the subject and then swiping.

Auto-focus is very quick and reliable even in low-light conditions.

The Gallery view is now fully integrated in the camera app, avoiding the need of navigating to another gallery app such as Google Photos.

For those who aren’t aware, Portrait mode, or as some phones call it, Bokeh mode is an increasingly popular camera feature that artfully blurs the background of your image while pulling the subject into razor-sharp focus. This is normally achieved by using a dual-lens camera to take two separate shots and merging them together.

Over the past few months, we’ve seen some really sophisticated Portrait modes featured on some major flagship phones. Both the Samsung Note 8 and the iPhone X in particular have really pushed the boundaries in this area. And seeing as the Pixel 2 only has a single-lens snapper, I wasn’t expecting it to top that kind of quality. 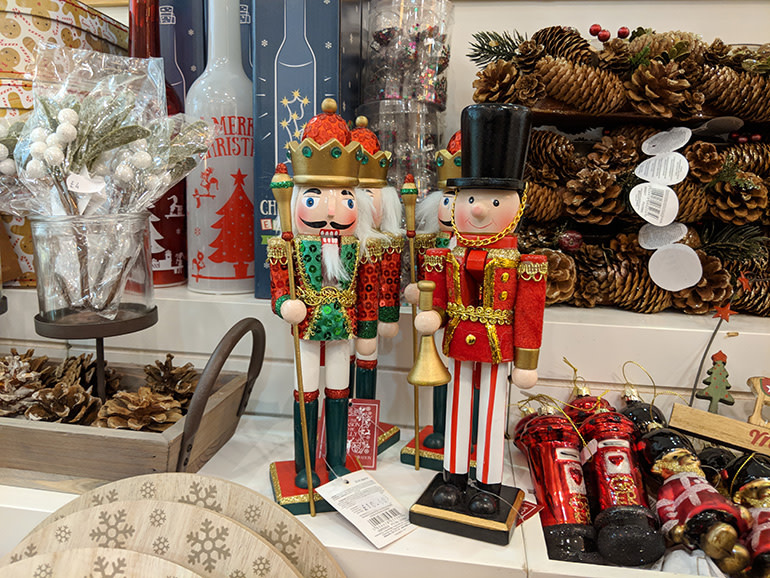 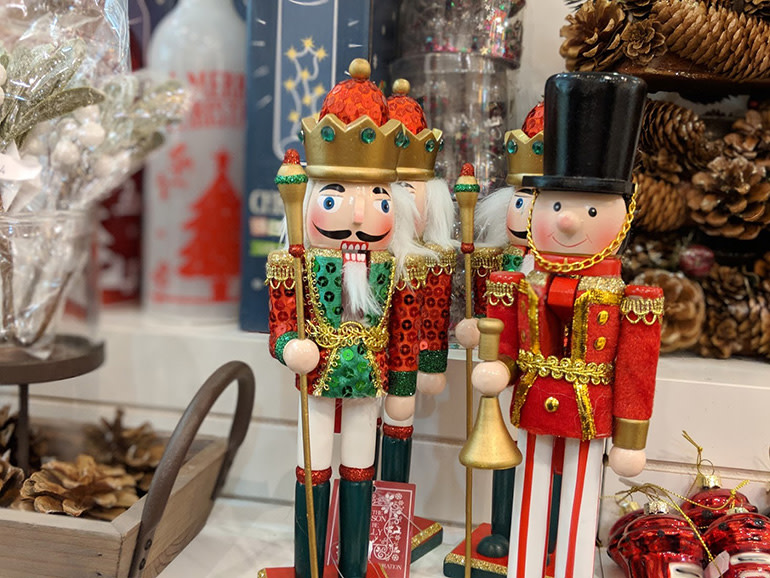 Yet, the technology Google has packed into the Pixel 2 helps it achieve extremely fast auto-focus. And even more impressive, it can detect depth to give that blurred-background effect without the need of an additional camera lens.

In short, it manages to surpass the dual-lens cameraphones we’ve reviewed this year with only a single-lens snapper. It yields consistently professional results, both with faces and objects.

And the edges of the subject have none of that harsh cut-out feel we’ve seen on other phones. The background blur blends so continuously with the subject that you could be forgiven for thinking the photo was taken with a professional camera and a wide-aperture lens instead of a phone.

In a genius move from Google, the Pixel 2 has included a flawless Portrait mode on not only the main camera, but the selfie snapper.

The 8-megapixel shooter at the front of the Pixel 2 does a great job for selfies and the blurred background effect is by far the best front-facing Portrait mode we’ve trialled. 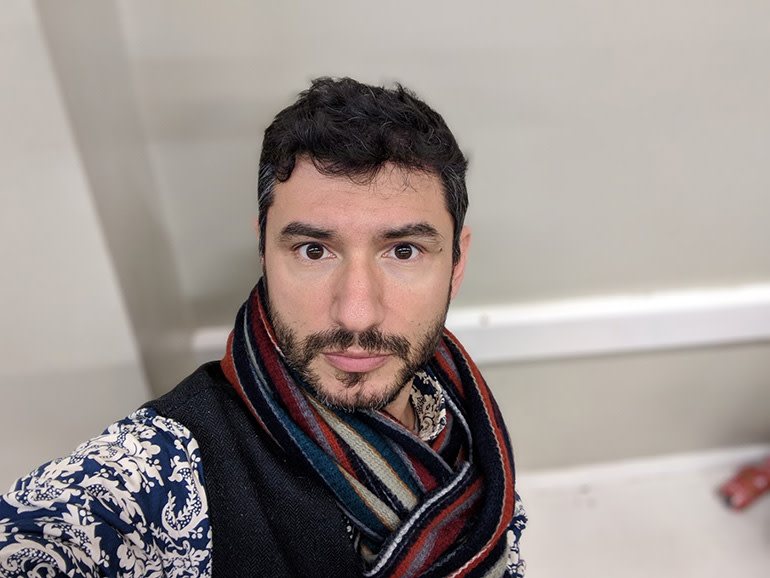 Just bear in mind that group selfies may be a bit blurred unless everyone in the shot is the same distance from the phone.

No need to worry though. The Pixel 2 saves both the Portrait and Standard version whenever you take a photo. So you can just switch between them when you’re editing your images to choose the best one.

Dynamic range is usually the one area where you can tell the difference between a good cameraphone and a great one.

I’m pleased to say this is yet another area where the Pixel 2 really shines. Thanks to its HDR+ that combines different exposures, and Google’s own image processing hardware, it achieves the widest dynamic range I’ve seen on any smartphone so far. 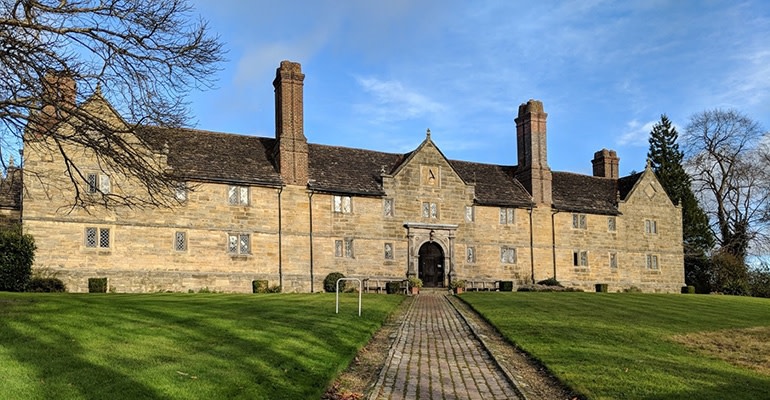 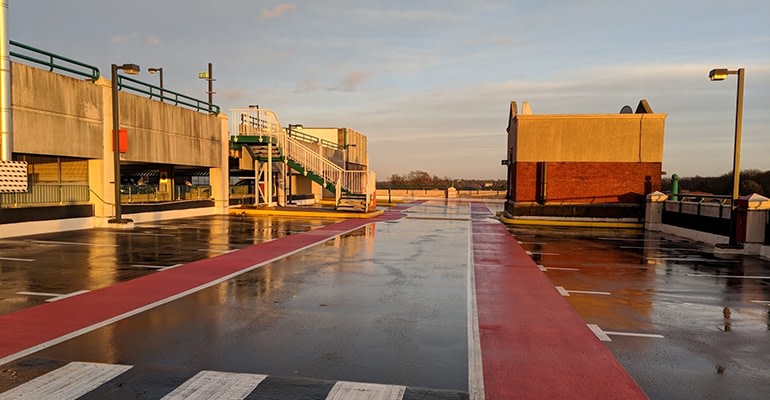 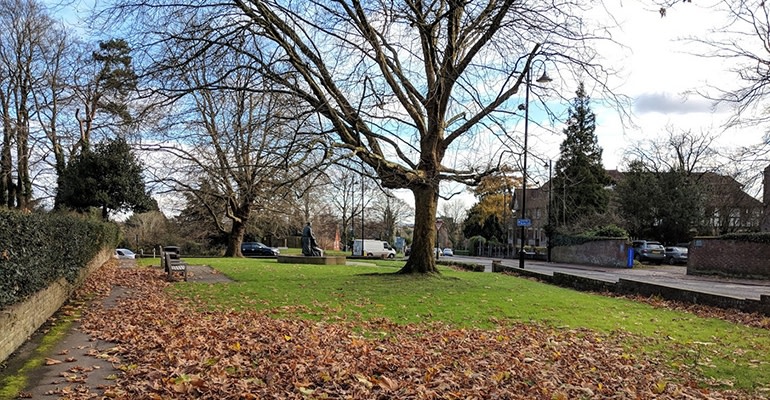 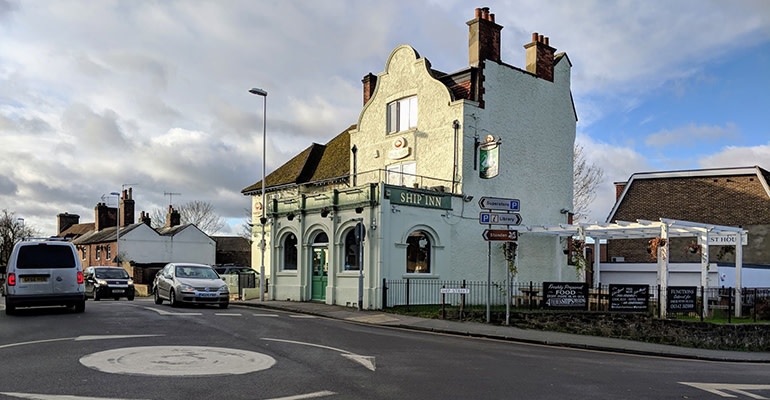 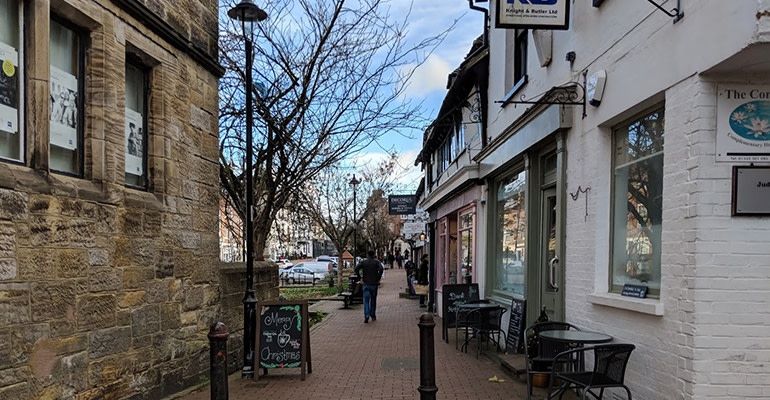 In both lighter and shaded areas, colours are accurate and there’s less noise and more detail than any other competitor.

Even in low-light conditions, the Pixel 2 doesn’t disappoint. The colours are accurate and even darker areas have very little noise or graininess. 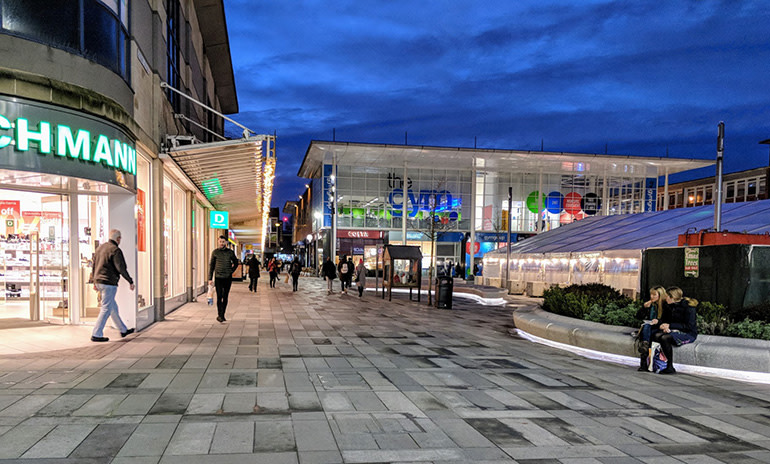 Early evening. I'm impressed by the detail of the sky. 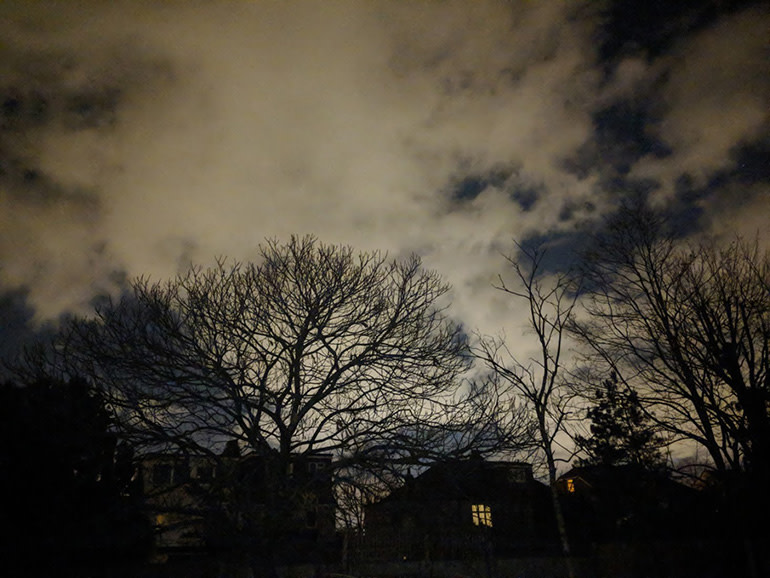 Low light sensitivity pushed to the limit in this shot in almost total darkness.

As you’ve probably gathered by now, the colours on the Pixel 2 camera are pretty close to perfection.

Realistic and vibrant without looking oversaturated, the Pixel 2 treads that fine line between colourful and overpowering with aplomb.

And with a wider range than other competitors, images look far more detailed and life-like than anything we’ve seen so far.

This is a test that many other flagship failed, colours, especially red are bright but never oversaturated.

Video capture is stunningly smooth thanks to the Optical and Electronic Image Stabilisation. So you get amazingly steady videos every time.

Stick to the default 1080 resolution for excellent in most situations without using up too much memory.

The Google Pixel 2 has, for overall performance, the best camera ever seen on a smartphone.

And crucially, it hides the magic behind the scenes so you can enjoy a simple point-and-shoot experience that delivers sharp, clean, professional-looking images every time.

Pixel perfect? Or just okay Google? We find out.

It's the third coming of the Pixel phone. But what's it got to offer?