Honor 10 Lite review: a premium phone without the price

The Honor 10 Lite undoubtedly a great looking device. We tested the Sky Blue version, which has a striking two-tone gradient rear panel that really makes this phone stand out from other similar all-glass devices.

Naturally, the smooth surface attracts plenty of finger marks. But luckily, Honor has included a clear plastic cover in the box to help guard against scratches and smudges. 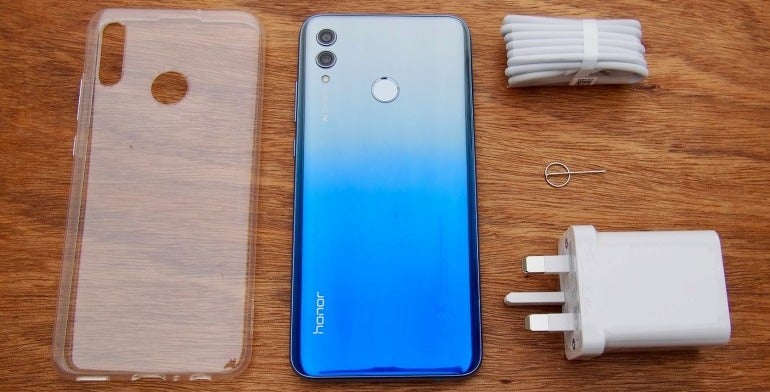 The Honor Lite 10 comes in other colour options but we’re very taken with the two-tone gradient Sky Blue. 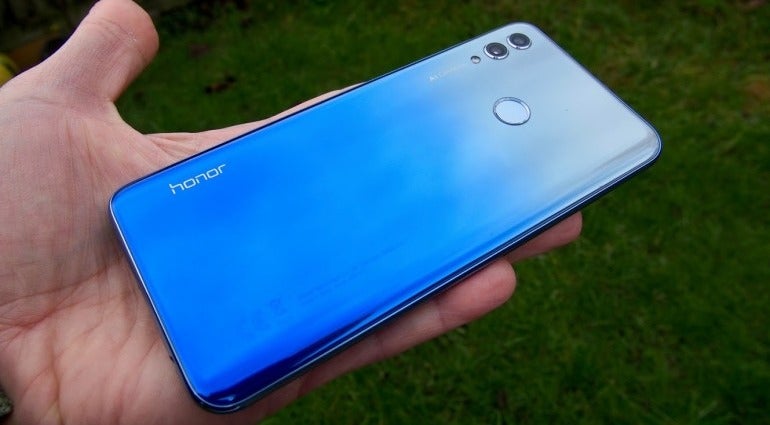 The plastic makes this a very light device but it can be prone to scratches.

As with other Honor devices, the 10 Lite feels light and fairly compact despite its large 6.2-inch screen.

At 162g, it’s actually lighter than the slightly more upmarket Honor 8X we reviewed recently. It’s also less unwieldy and more pocket-friendly, even when using the silicone case it comes with.

The fingerprint sensor is placed at the back. This may not be to everyone’s taste but it allows for more efficient use of space as the screen can stretch all the way to the bottom of the device. It’s located quite high up and may take some getting used to, especially if you’re upgrading from a phone with a home button at the front. But it’s worth it to get the bigger screen.

The lenses of the dual camera protrude slightly, another good reason to use the free case.

Both the charging port and the audio jack are located at the bottom of the device while the power and volume buttons are on the right.

The buttons on our review device showed some “wobble”, a reminder that despite the flashy appearance, this is very much a budget device.

Audio jack and charging port are at the bottom. There is no reversible USB-C port but an old-fashioned Micro-USB instead.

As with many Honor phones, the screen has a very narrow frame, adding to the premium feel of the device. Its screen-to-body ratio is almost 90%, meaning that that Honor can squeeze a huge 6.2-inch screen in a relatively compact body.

The screen is built with LCD technology, quite a popular solution among budget devices that is usually less bright than the more premium AMOLED.

Even so, the screen looks great, particularly when used indoors. And there’s a helpful Vivid Mode, accessible from the Display Settings to give you additional brightness when needed. This translates in some oversaturation and, of course, additional drain on the battery so best to stick with Normal Mode unless you really need to boost it.

A “dew drop” notch that only hosts the camera lens.

The viewing angle is excellent and a very small “dew drop” notch at the top makes for a more immersive experience compared to the wide notches seen on some more expensive devices.

The screen’s resolution is in-line with other phones at this price point and pixel density is a more than adequate 415ppi (pixels per inch). By comparison, the more expensive Nokia 7.1 has a similar 432ppi density but a slightly smaller 6-inch screen.

The Honor 10 Lite back camera is a dual setup comprising of a main 13-megapixel lens coupled with a secondary 2-megapixel lens that provides depth-detection to help produce a soft-focus background.

Given the low price of the phone, we didn’t have high expectations for the camera performance. But the photos are pleasant and overall this is a camera that can be surprisingly forgiving and produce decent results, especially in good light.

As with all other devices from Huawei and Honor, the camera app contains plenty of features and shooting modes, including stickers, panorama, time-lapse and mood filters.

HDR, the technology that stacks different exposures to obtain evenly lit shots, is also present but it cannot be set to Auto so it’s either On or Off. This would be quite a limitation if it wasn’t for the presence of the surprisingly effective AI mode.

This feature detects the type of scene you are framing and adjusts the settings accordingly. It can be hit and, in some situations, you may obtain oversaturated shots. Still, the software capabilities have come a long way since its debut on flagship Huawei phones and can be relied on for photographs that may not win any awards but can be good enough to make a great impact on your Facebook updates.

Hardly any motion blur if the light is good.

The level of detail here is pretty impressive.

Compared to similarly priced phones, image processing goes a long way in removing some of the noise.

An arty architectural shot in which the Honor 10 Lite performs admirably. Despite the lack of Optical Image Stabilisation, the software delivers sharp pictures compared to similarly priced competitors.

The Honor 10 Lite may be a budget phone but it packs a powerful processor. Compared to similarly priced devices such as the Moto G6 and the Nokia 3.1, it is considerably snappier and capable of running most games and apps with ease.

If you’re a fan of casual games of the like of Dungeon Cards and Pako Forever, you can expect zero lag and smooth experience.

If you prefer more graphics-heavy games like PUBG or Asphalt, however, the better-specced Honor Play might suit you better. 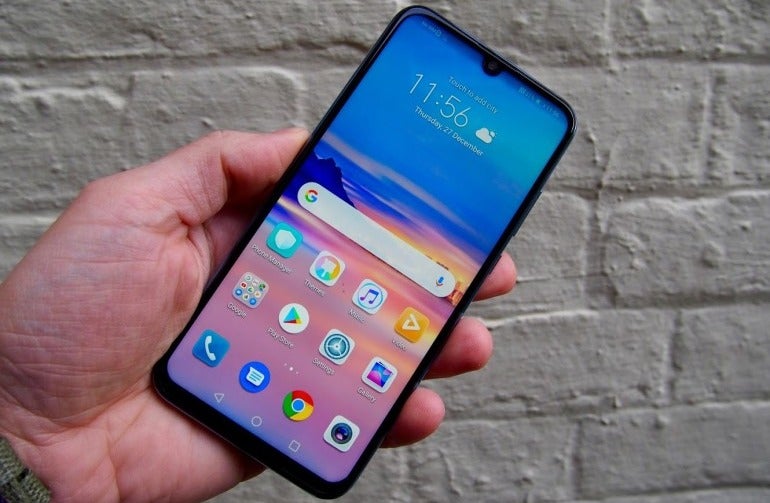 Most games don’t stretch full screen so the notch will actually be included in the blacked out section at the top and won’t be in the way.

The 10 Lite comes with the latest version of Android Pie, which has the Honor/Huawei proprietary EMUI skin over the top. The quality of this system has shown plenty of improvements and the pre-installed utilities such as Email or File Browser are well designed.

Phone settings are easy to navigate and contain some very useful utilities like Battery Optimisation, which reviews the current settings for best performance and Eye comfort that can be set to regulate the screen to warmer colours in the evening.

You’ll find two additional third-party apps pre-installed, Facebook and Booking.com. Their presence among the apps likely have more to do with commercial agreements than customer convenience. Still, if you’re not interested in using them and need the storage, they can be easily uninstalled like any other app by holding on the app icon and then tapping on the “Uninstall” bubble that will appear.

Memory and storage should be suitable for undemanding users with 3GB of RAM and 64GB of storage that is upgradeable to 512GB by using a micro SD card.

Battery life on budget phones can be hit and miss, with some manufacturers compromising on performance to deliver stamina and others limiting the size to offer a compact device. Honor doesn’t make a big fuss about battery life on this model but I believe they have hit the right balance here. Considering the Honor 10 Lite isn’t aimed at heavy users, the 3400mAh is a decent sized pack that can easily offer up to two days of light use, making it a dependable device for the average user.

Things can change drastically when using the screen for long period. This is a 6-inch screen after all, and if you spend your commute catching up on Netflix, you may in need of a top-up before hitting the town.

Unfortunately there’s no fast charge, a feature that we are starting to find even on budget phones. This might be a problem if you’re used to boosting your battery in a hurry, but it won’t be a big deal if you charge your phone overnight. 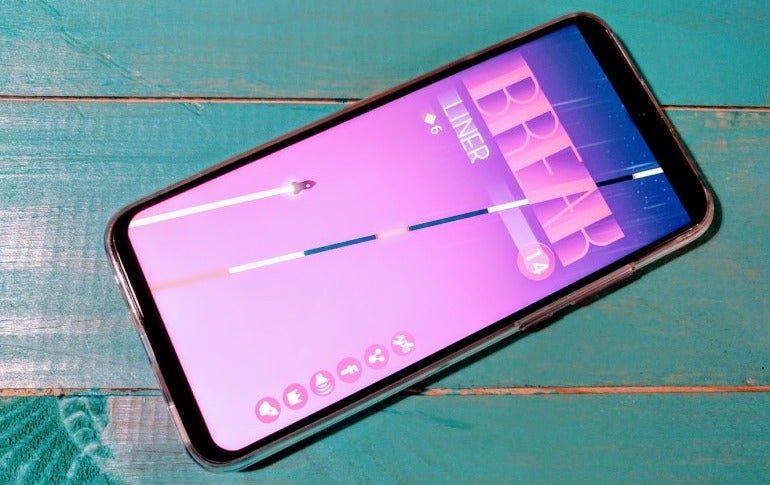 The Honor 10 Lite copes well with any casual game you throw at it.

Fingerprint unlocking is reliable but not as fast as we’ve seen from more expensive phones of the same brand.

Face-unlocking is also an option and it’s very easy to set up. And it’s considerably faster than some of its competitors in the same price bracket like the Moto G6.

The budget market is fiercely competitive and it’s hard to point at one top choice when it comes to choosing a cheap but capable device.

Compared with the Honor 8X released a few months ago, the 10 Lite offers a better-designed device packing a good sized screen in a more practically sized body. However, the camera isn’t quite as good, despite the improved AI performance.

The ageing but still popular Moto G6 is a worthy competitor that gets the basic rights with fast-charging and a clean Android system but doesn’t come near the Honor 10 Lite for screen resolution and performance.

The Honor 10 Lite is aimed at the undemanding customer who values a stylish device with a good quality screen at a rock bottom price.