Honor 8X review: a cracking camera for the price

As soon as you unbox the 8X, you can tell it’s an Honor device. It has the same distinctive rounded shape that we’ve seen on previous Honor phones, as well as the huge screen bordered by tiny bezels that we’re used to seeing on much more expensive phones. And of course and there’s a notch at the top to house the front-facing camera.

Very similar in specs and shape to the recently reviewed Honor Play, the 8X looks a lot sleeker thanks to it shiny back made of highly reflective glass instead of brushed aluminium. 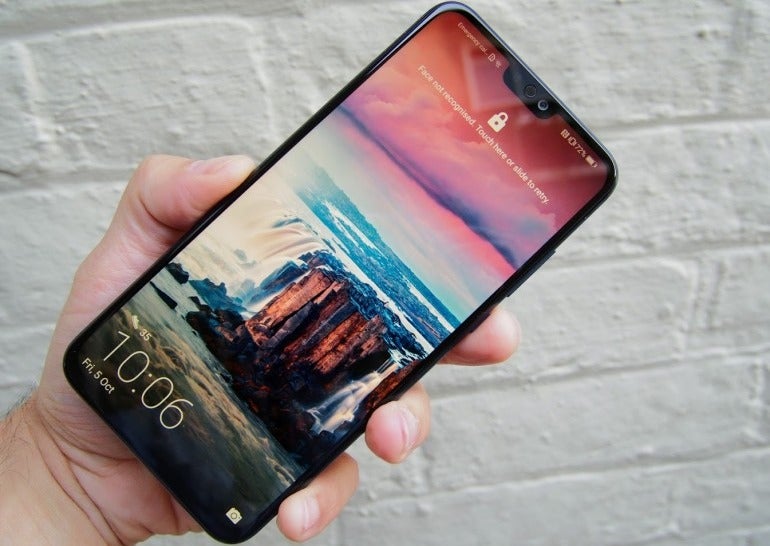 The Honor 8X feels slightly too big to hold comfortably, but it's an undeniably lovely screen.

The all-glass construction, once only seen on premium phones, is now widespread, but quality varies greatly. The multilayered glass at the back looks beautiful out of the box. But, as you might expect, it perhaps doesn’t feel quite as premium as the top-of-the-range Samsung or Huawei.

The all-glass back make the Honor 8X one of the sleekest-looking devices we’ve seen from Honor.

The Honor 8X is a big phone. It’s as wide as the Samsung’s latest phablet, the Galaxy Note 9 and almost as tall. And it’s got a display size of 6.5 inches compared to the 6.4-inch display on the super-premium large device from Samsung.

Unfortunately, the rounded design, together with the high position of the fingerprint reader means the phone can feel a little unwieldy.

The round fingerprint reader is located quite high up on the device, possibly too high given the size of the device.

The bottom of the device is almost identical to the one seen on the Honor Play: audio jack, speaker grill and USB-charger. On closer inspection, however, we were surprised to discover that charging port is an old-fashioned micro-USB instead of the more practical, reversible USB-C.

A cost-cutting measure no doubt but disappointing. We’d rather see budget devices get the basics right.

The Honor 8X comes with a very large 6.5-inch screen with a 19.5:9 ratio. This is very narrow and it would make for a very tall device if it wasn’t for the notch at the top which overlaps part of the display. 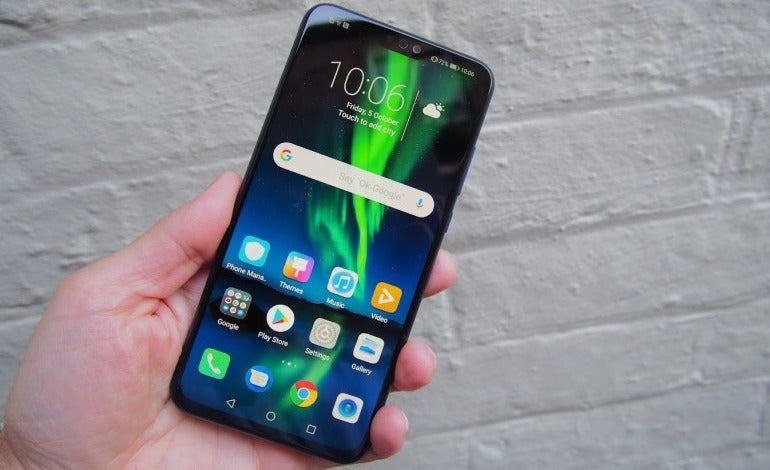 The display may struggle in very bright sunlight but with brightness is perfectly usable outdoors.

The display uses IPS LCD technology, so the quality is perfect for everyday use as long as you keep the brightness turned up reasonably high. The resolution is high enough to provide a pleasant experience for games, watching videos or reading.

You may find that the phone has a blue tinge when switched on for the first time, this is because “Vivid Mode” is set on by default. If this is not to your liking you can switch to “Normal Mode” in the Display Settings.

Overall this is a perfectly good screen for the price although it has a slightly lower pixel density than the Honor Play.

Colours are preserved even at a sharp viewing angle.

Honor hasn’t specified the type of glass used for the display. But given the price of the phone, it’s unlikely it can match the level of scratch and shock resistance of competitors with the branded Corning Glass. But it still seems sturdy enough for everyday use.

The sound from the main speaker is pretty good for the price.

No earphones are included with the phone, which is probably for the best as complimentary earphones are usually of dubious quality. But it does come with a headphone slot, so you can plug in your own wired buds.

The camera interface is almost identical to the one seen on other Huawei and Honor phones.

The interface is almost identical to the one seen on other Honor and Huawei phones. There are plenty of options and shooting modes to choose but overall is fairly straightforward to pick up and learn.

You can slide through the main menu to choose from Photo, Video or Portrait but there is also a soft background mode called “Aperture” and a dedicated Night Mode. If that’s not enough, by tapping on “More” you can access plenty more of other options like slow-motion video, hyperlapse, emoji-like stickers and even cartoon animations to “enhance” your videos. 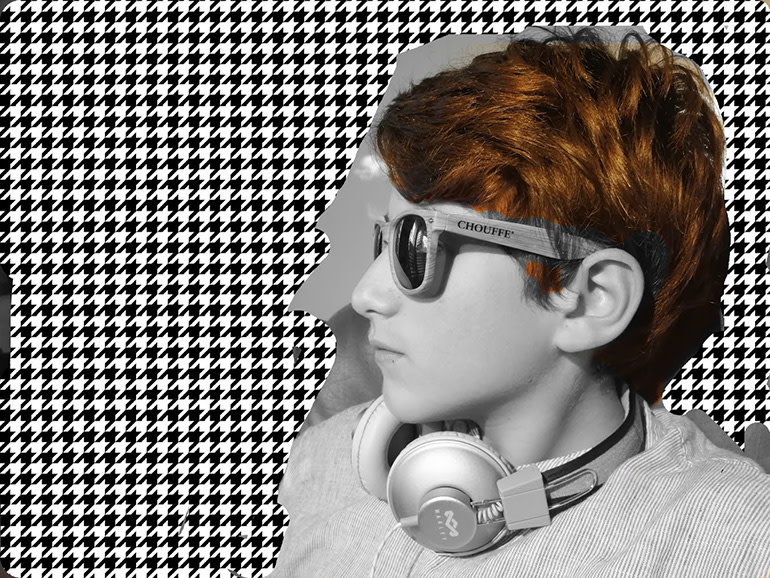 The Honor 8X camera can enable creativity to run wild and produce some interesting composition within seconds. 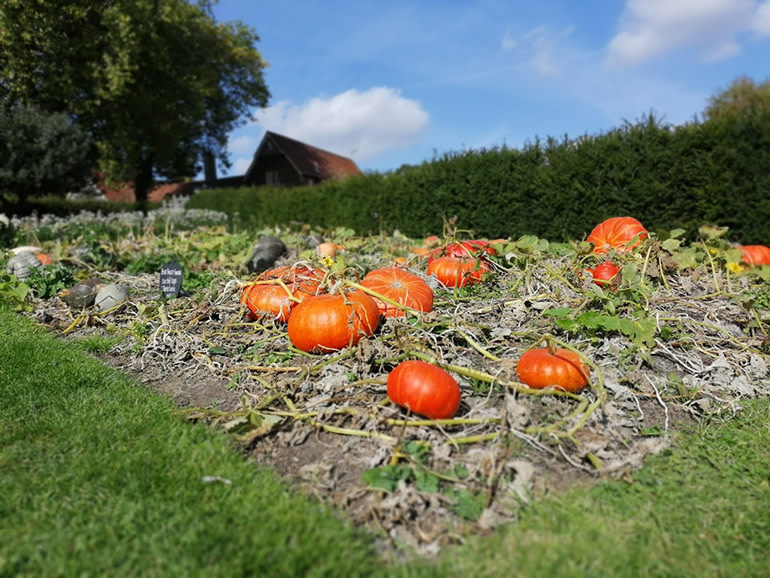 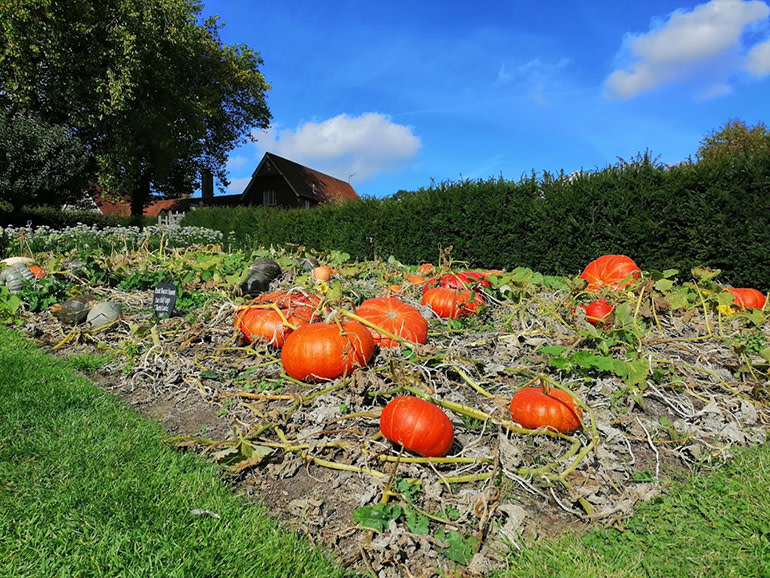 Above is a comparison of without/with AI mode enabled. AI mode detects scenes reliably but we found that it exaggerates the saturation, in this case, this results in an artificial-looking sky. Best to leave the AI off and retouch the images later only if required. 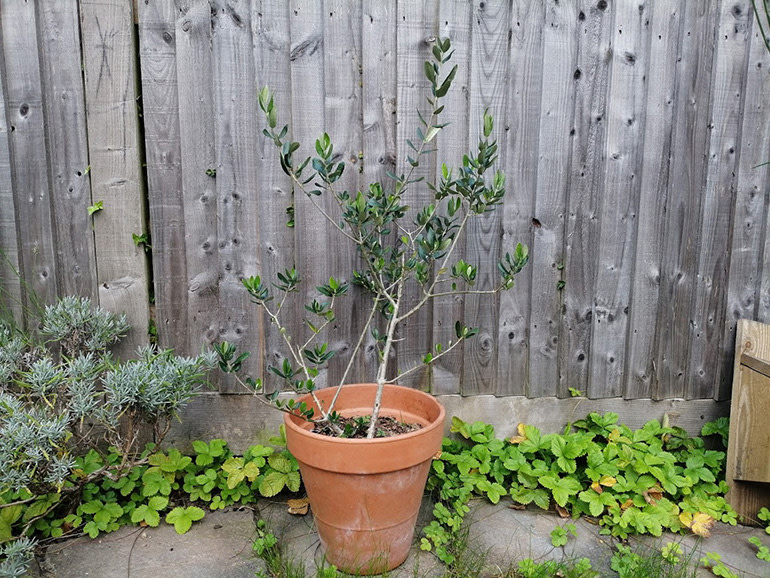 When the light is good, this camera can easily compete with more expensive alternatives.

The level of detail and colour reproduction is impressive for a phone at this price point but what it makes the Honor 8X camera really special is how good the AI stabilisation works.

Camera performance on budget phones is usually let down by the lack of optical image stabilisation and no matter how high the resolution, an unsteady hand can ruin a shot. But in the case of the Honor 8X, I was very impressed with the result of the AI-powered stabilisation.

When required, a “Stabilising image” message appears and in a few seconds, the device works its magic to sharpen the photo. 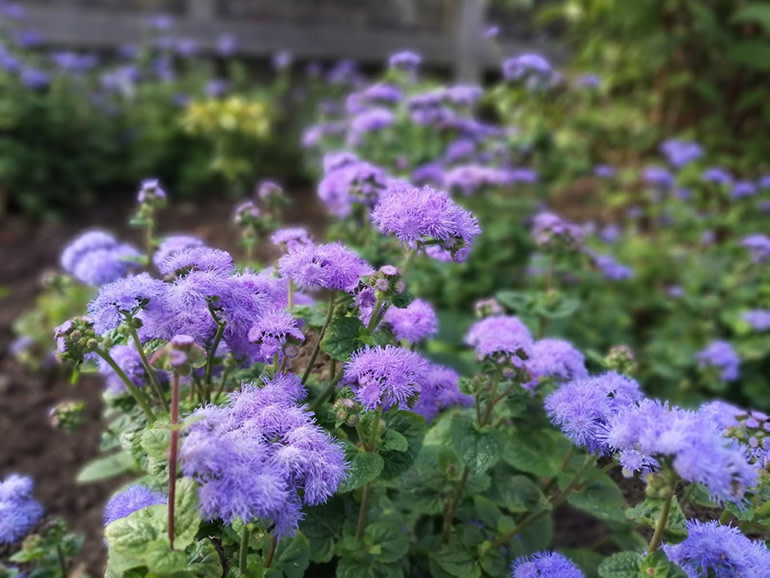 Aperture mode can produce beautiful shots but things can get a bit fuzzy around the edges. 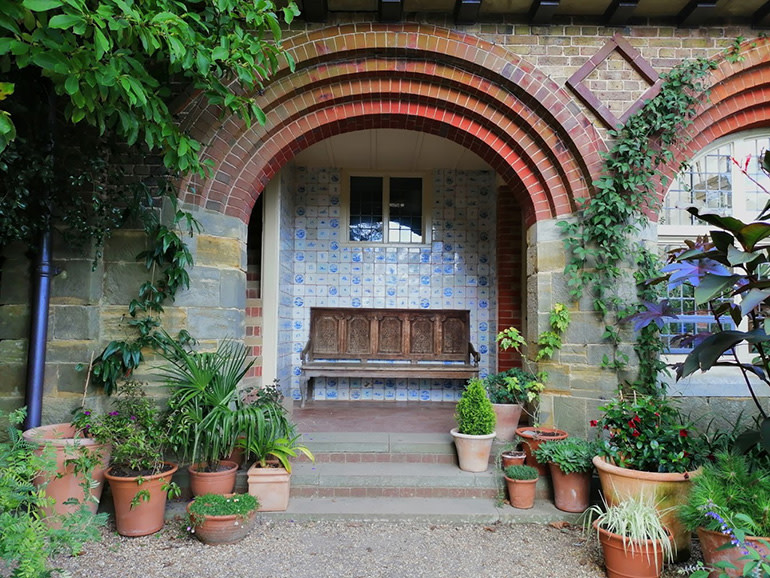 AI does a good job of optimising the image. 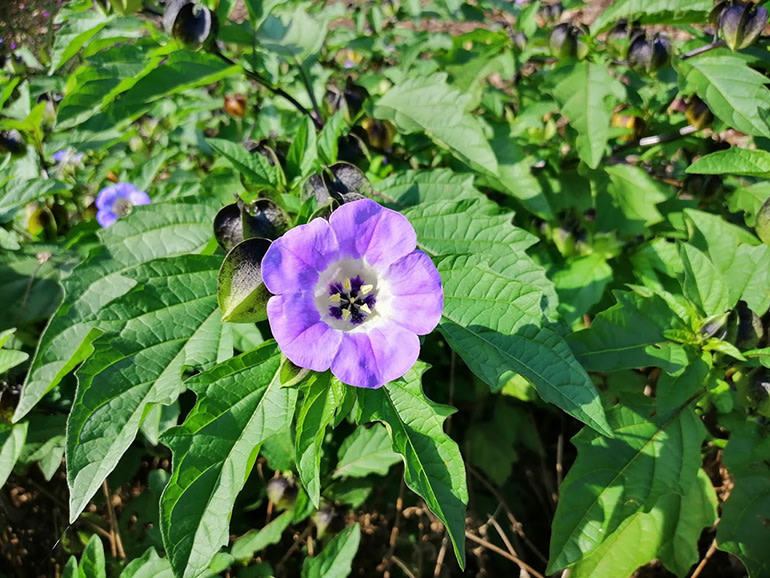 The camera is undoubtedly one of Honor 8X stronger points.

Of course, it lacks the a little bit of dynamic range of premium phones of course. Sunny spots can result overexposed and colour reproduction can be hit and miss and in some light condition reds can be oversaturated.

But you’ll struggle to find a device that can top this camera for less than £300. If you familiarise yourself with the quirks of Aperture mode and experiment with the AI setting you can end up with pictures that would be hard to believe were taken with a phone this cheap. 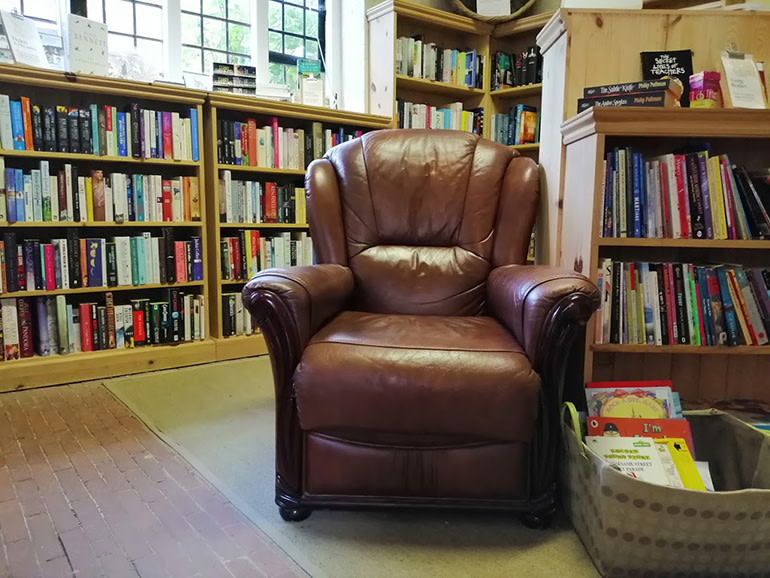 The Honor 8X struggles a little bit in low light were the details inevitably get slightly blurred. Still, the quality's good for the price. 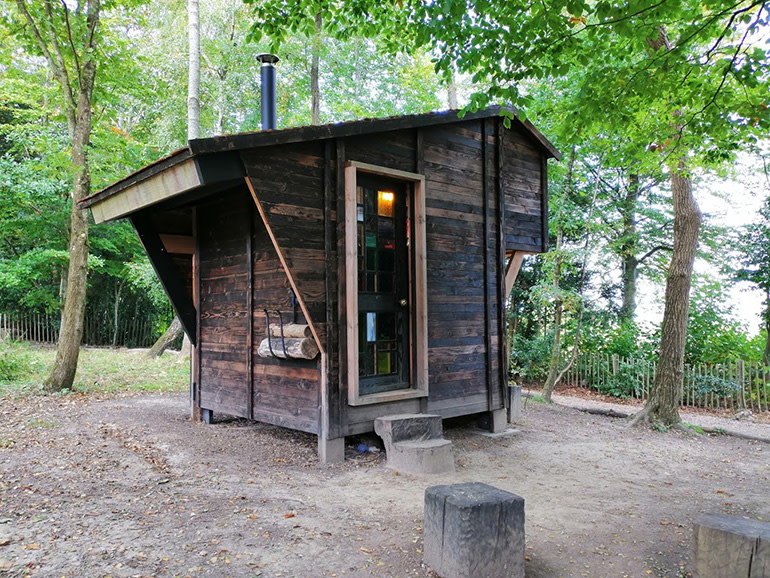 It can be fun to explore the limits of the dynamic range of a camera. Colours around the hut are vibrant but at the expense of the sky on the left that goes all white. 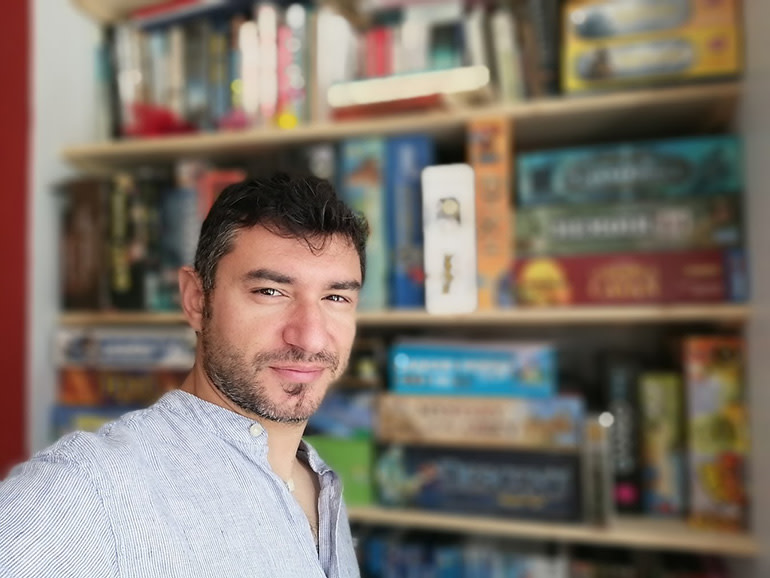 *Selfies are generally good but best to avoid Portrait mode. The Honor 8X can struggles to produce clean edges when the background is full of details *

Budget phones with large screens usually struggle to deliver a smooth experience. But the Honor 8X seems to be more than capable of coping with web browsing, YouTube browsing as well as graphic-heavy games such as Real Racing and Cover Fire.

The performance of biometric security such as face recognition and fingerprint-unlock greatly impacts everyday use and the Honor 8X delivers a smooth experience. Face-unlocking is impressively fast and in this area, the Honor brand has still an edge over other budget competitors.

A huge 3750mAh battery means you can expect plenty of leftover charge after a day of use. And let me tell you, it’s lovely to get home after a long, hard day and not have to immediately stick your phone onto charge.

It doesn’t come with any fast charge. Which, considering it was included on the Honor Play, does seem a bit of a shame.

The Honor Interface has a few extra apps but most of them can be uninstalled, so it’s not an issue.

The Honor 8X has no problem running the latest games.

SIM-free, the Honor 8X is retailing at £230. Which gives you a lot of phone for your money.

With a fast processor, big screen and sleek glass body, the Honor 8X certainly looks and feels more premium than you’d expect for the price.

But it’s the camera that really makes the 8X stand out from similarly-priced competitors. AI stabilisation is brilliant and while you shouldn’t expect a shooter to rival the like of the Note 9 or the latest iPhone, the Honor 8X possibly has one of the best cameras you can get on a phone for less than £250.

If the camera is an important factor and you must have the biggest screen possible, the Honor 8X is a great buy.