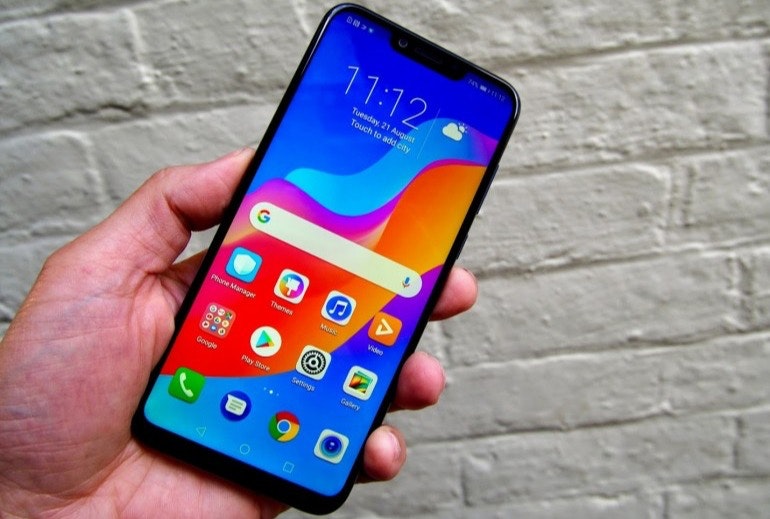 The Honor Play feels light and easy to hold.

The Honor Play goes against the latest trend of building the back of the phone out of reinforced glass. This is great news if you're not a fan of the super-shiny effect that gets covered in fingerprint smudges within seconds of getting it out of the box. 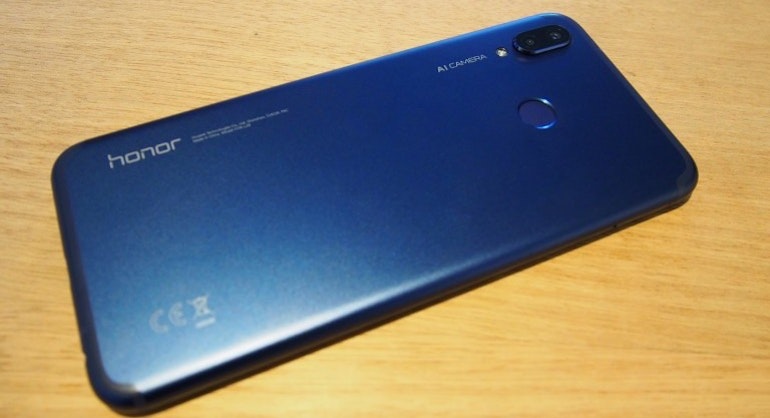 The back has none of that highly reflective glass we have seen lately.

On the Honor Play, the body is made of brushed aluminium, with soft rounded edges that doesn't look entirely dissimilar to the classic iPhone shape.

The fingerprint reader is located at the back, at a height that makes it easy to reach with your index finger. But, as with all rear fingerprint scanners, unlocking it without picking up the handset isn't really a goer. Still, it’s a compromise we’re willing to make in return for a larger screen. 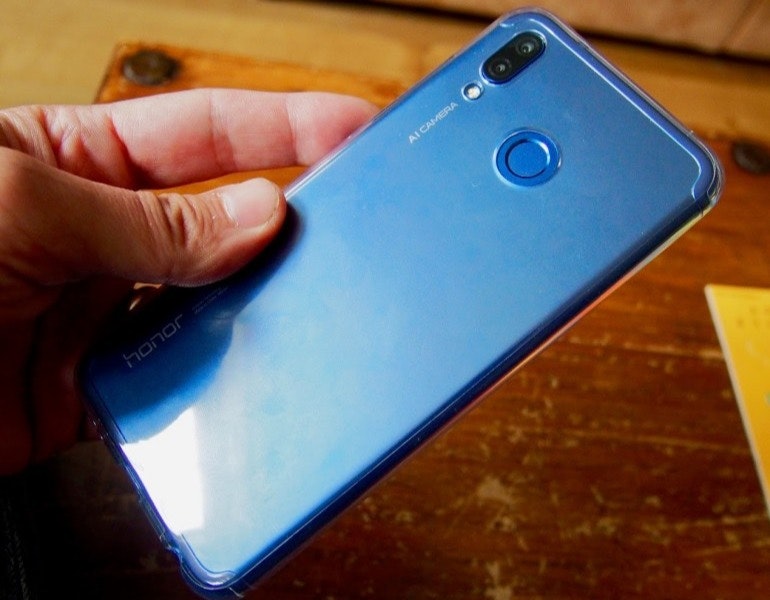 The silicon cover is definitely practical. 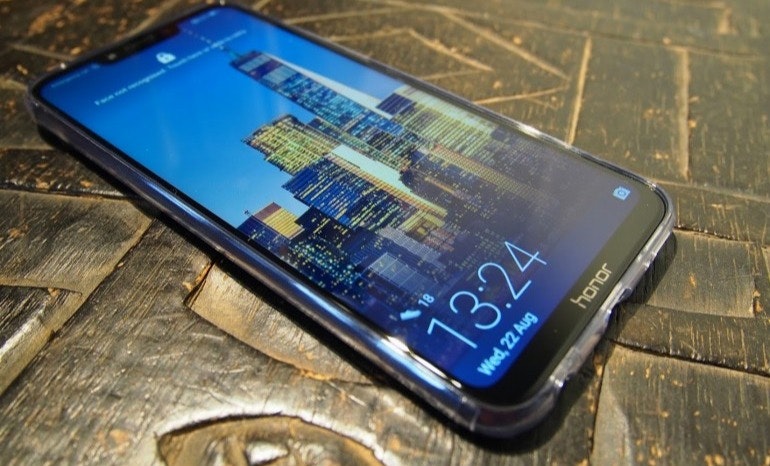 The Honor Play comes with the same beautiful set of wallpapers we have seen across all Huawei devices.

As we've seen with many mid-range devices lately, a transparent silicon cover is included in the box. It may not be the best-looking solution but does the job in giving the phone some extra protection against knocks and scratches.

The camera lens is flush to the body of the phone, so it'll lie flat on your desk or dresser.

The handset itself is a little heavier than similar budget phones. But this isn't a bad thing. It has a substantial and reassuringly weighty feel, especially when compared to the pricier Honor 10 we reviewed in May.

The Honor Play comes with a very narrow screen, managing to squeeze a 6.3-inch display into a very small package. It's an IPS LCD, which is a less sharp alternative to the AMOLED seen on the latest iPhone and Samsung flagship. Sure it lacks a little bit of brightness seen on high-end handsets, but it still delivers good colour reproduction and sharp pictures. And it helps Honor to keep the cost of the Play so low.

Colours tend to be on the cool side but it can be adjusted if you prefer warmer tones. LCD screens are not always the best when used outdoors. But it’s not the major issue as there's plenty of brightness for use in everyday conditions.

In fact, the screen is excellent compared with similarly priced phones and looks sharp even when compared to the one sported by the more expensive LG G7 Thinq.

With regard to the screen dimensions, Honor has opted for a very narrow 19.5:9 ratio and the notch at the top as the display wraps around the area where the speaker and front cameras are located.

This is a common trend across all brands and price brackets as it leaves room to squeeze a large screen in a relatively compact package that can be safely held in one hand. 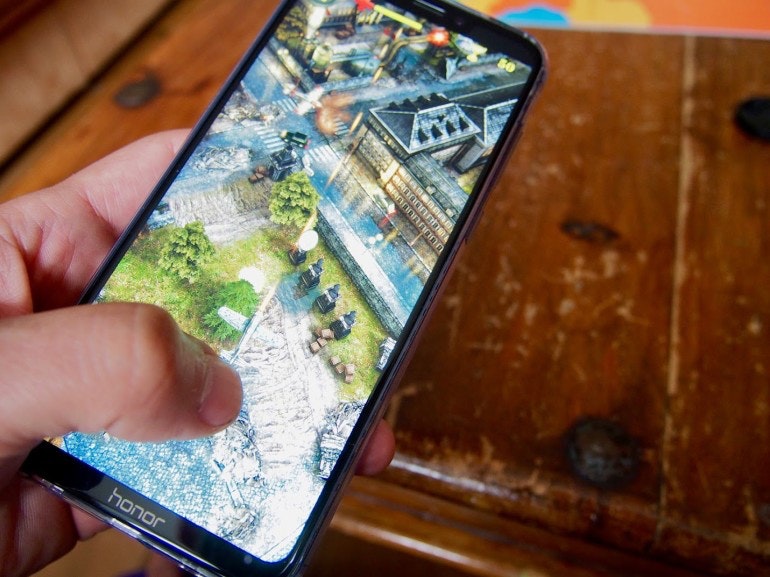 Colours are preserved even at sharp viewing angle.

As Honor hasn’t specified the type of glass used for the display, the level of scratch and shock resistance of the Honor Play cannot be guaranteed to match its best competitors. Still, the screen feels solid and, after few days of continuous use, showed no visible sign of wear. In fact, it looked as shiny as the moment it was taken out of the box.

The sound from the main speaker was reasonably loud and clear when resting on a table. But we were pleasantly surprised at just how much the accoustics improved when holding the phone, which of course is to be expected. It is, after all, a “gaming phone”. Of course sound is even better with a good pair of headphones.

Whether is “pew pew” or “vroom vroom”, the Honor Play sounds great even when playing without headphones.

The Honor Play has a traditional audio jack located at the bottom but no earphones are included in the box. So no faffing about with adaptors to get your regular wired earbuds to work.

Speaker, reversible USB-C and audio jack at the bottom of the device. 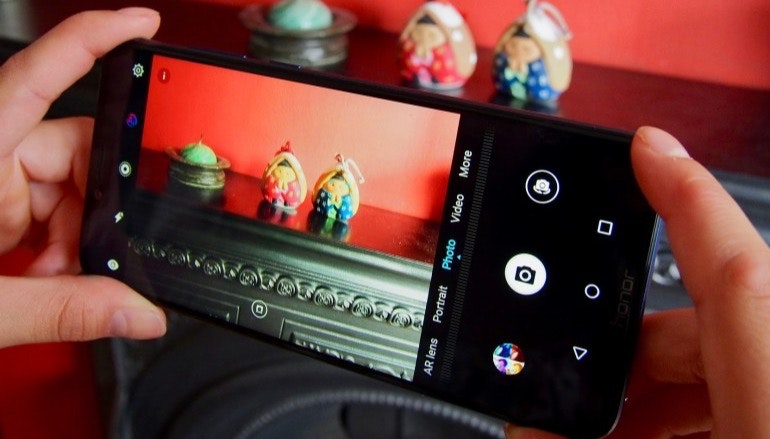 The camera interface is almost identical to the one seen on other Huawei and Honor phones.

The Honor Play comes with a dual camera setup comprising of a 16-megapixel lens and a 2-megapixel lens with depth of field sensor and an aperture of f/2.2 and f/2.5 respectively. This is smaller than the one seen on the Honor 10, which can’t match the Play’s performance in low-light.

For those of you already used to Huawei and Honor phones, the camera interface on the Play will feel very familiar.

It has plenty of options for photographers that like to experiment. Portraits can be enhanced with six different light settings, so you can always take a flattering photo.

Meanwhile, the Aperture mode can be used to adjust the softness of the background and there’s even an AR (Augmented Reality) mode that you can use to add animated penguins to your video clips or pictures.

The Aperture Mode is easy to use and we like the fact that is separate from the Portrait Mode however the soft background can look rather artificial if the aperture is set too high. 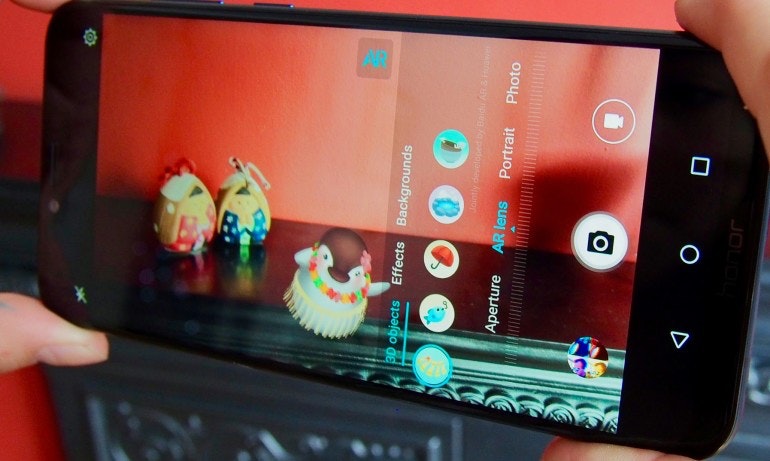 AI is used by the camera to switch to Portrait Mode when pointing the lens at a face and this feature worked reliably, giving you professional results without you having to faff about in the settings.

There is no Optical Image Stabilisation on the Honor Play camera. However, the automatic post-processing works wonders as it manages to give you sharp details (almost) every time. 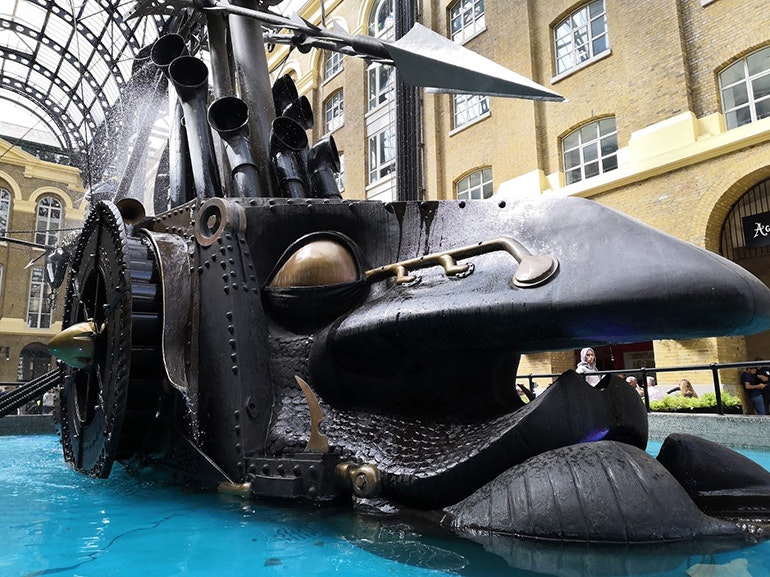 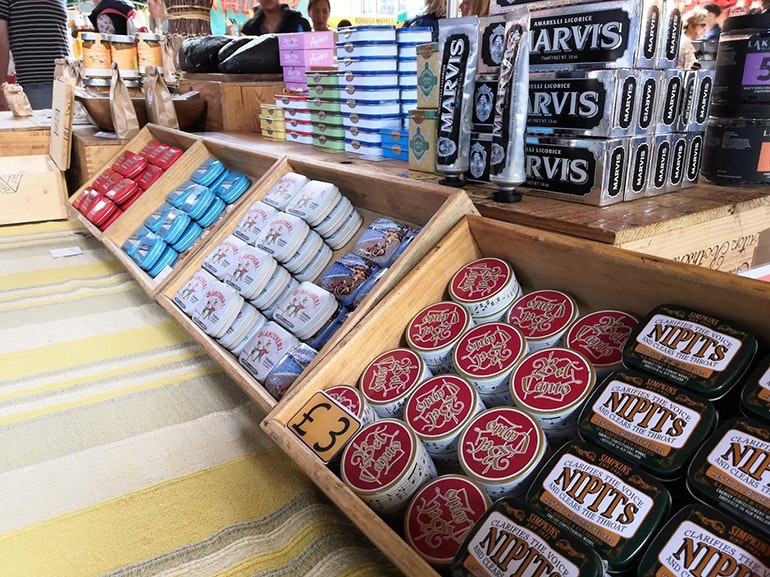 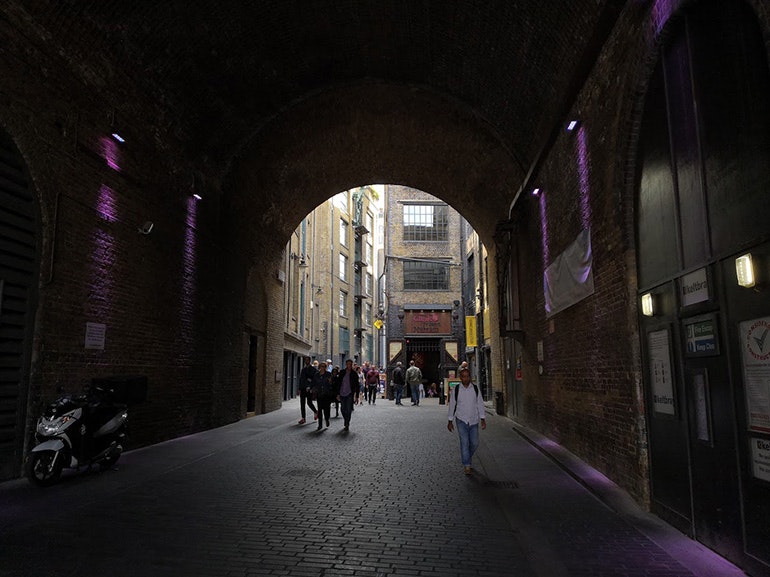 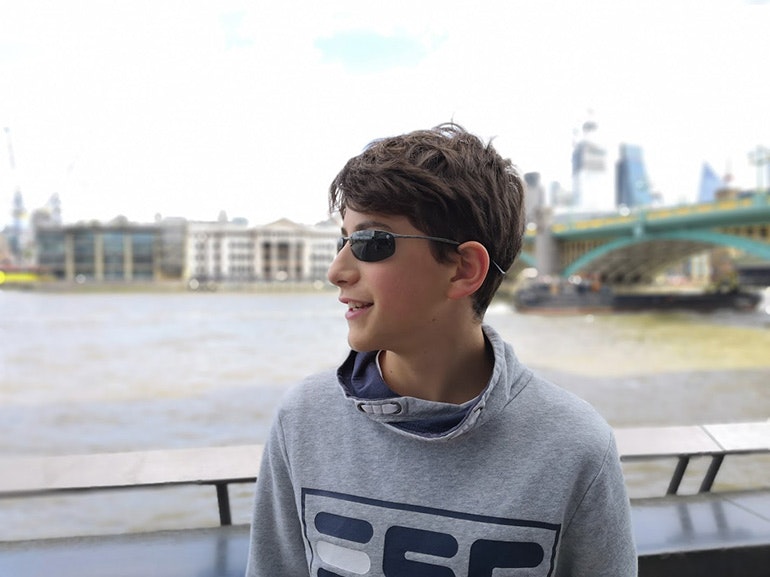 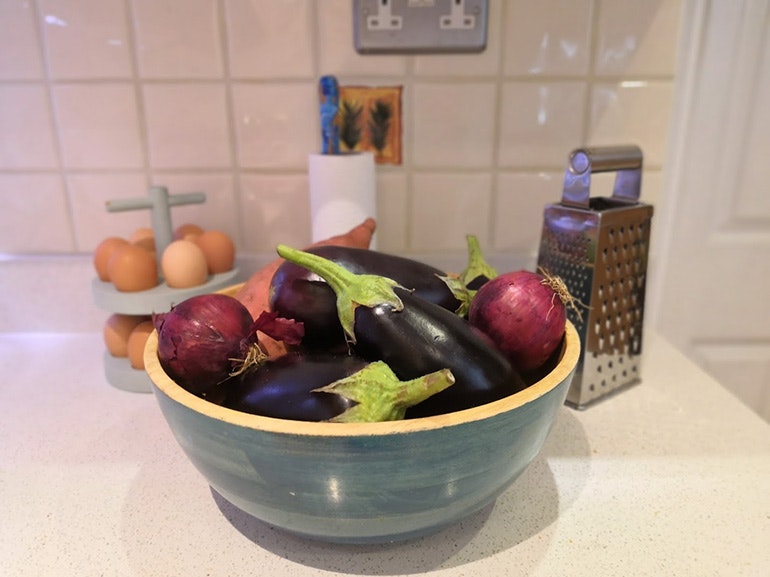 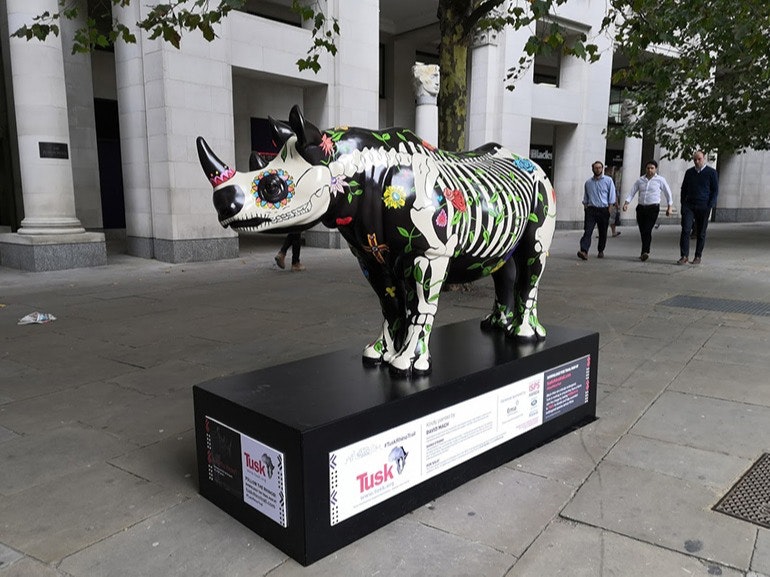 The technology passed down from the Huawei brand helps it performs better than most competitors in this price bracket. The image stabilisation obtained by software after the image is taken makes a huge difference to the sharpness of details. And the selfie camera can produce excellent shots if you ignore the Portrait Mode.

The Honor Play promises to deliver a fast, smooth gaming experience with a top of the range CPU and dedicated graphic processing. I was initially a tad skeptical as a fast processor doesn’t always translate in noticeable differences in everyday use. However, I was impressed on how well it copes with any graphic game you throw at it.

Even if you’re not a heavy gamer, the Honor Play is a safe choice if you want to play casual games during your commute and still have plenty of battery for the rest of the day.

The powerful processor in the Honor Play ensure no-lag gaming.

And if you’re not a gamer at all, the high powered processing unit means even tasks like applying filters to images are considerably faster when compared to other budget phones.

We used Snapseed, a great photo editing software for Android, to see how it compares to the Moto G6, a phone many reviewers have been quick to name the best budget phone you can buy. Applying a complex filter to an existing image took around half the time on the Honor Play, proving that this device offers tangible differences in performance even in everyday tasks.

The Honor Play comes with face recognition, a feature that up to a year or so ago was only available on premium phones but can now be found on almost any new device.

As the devices from the parent company Huawei, Face Unlocking is fast and works almost every time. While it’s not as fast as the one one you may find on an iPhone X or a Huawei P20, it is reliable. Face unlock doesn’t work in the dark, so you’ll have to pick up the phone and touch the fingerprint sensor at the back to unlock the phone in dark conditions. 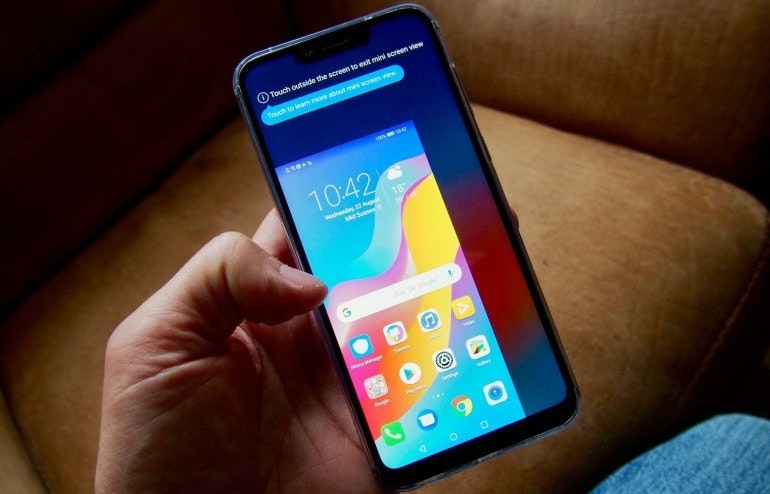 Honor is a brand that delivers design and software features usually reserved for premium handsets for a much lower price point. We have been surprised so far at how well their phones perform in everyday use.

The Honor Play looks like another hit that may compromises on camera and build quality but delivers outstanding performance that is unrivalled for a phone at this price.

This is the perfect device for a mobile gamer on a budget.