Joe Svetlik - 03 December 2015 Last updated: 17 March 2022
Comment
Share
Tweet
The HTC A9 is a mid-range affair that lands in time for Christmas and looks decidedly similar to the iPhone 6S. But is it as good as Apple's flagship phone? Let's find out.

At a glance you could easily mistake this for an iPhone 6S.

The resemblance is uncanny, from the rounded corners to the metal back with a horizontal line at the top and bottom. Coincidence? We think not.

If you can get past the fact that from the back the One A9 looks almost identical to an iPhone, it's quite a nifty handset.

It's slim, well built, and the 5-inch screen is around the sweet spot for screens, in our opinion.

But unlike some other HTC smartphones it doesn't have BoomSound speakers, which is a bit of shame.

5 inches is the ideal screen size for us, but it depends what you're looking for.

It's a 1080p AMOLED panel, giving bolder, punchier colours than an LCD screen, but without the colours looking unnatural.

Look really close, and you can see the odd bit of graininess, so it's not going to stand up next to a QHD screen like on the Samsung Galaxy S6.

But seeing as it's a mid-range model, it's not supposed to. 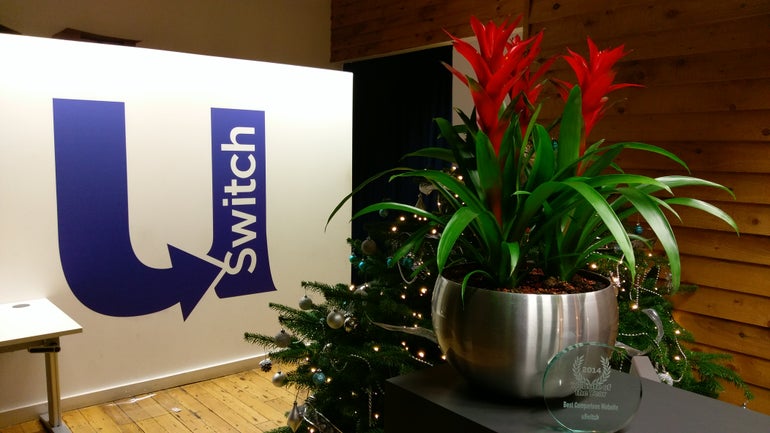 HTC used to big up its UltraPixel tech as the next big thing in smartphone cameras.

The theory was that its bigger pixels let in more light and so performed better in dimly lit conditions.

It claimed a 4-megapixel UltraPixel snapper could give better results than an standard 8-megapixel shooter.

Now it's all but abandoned the tech, relegating it to the front-facing snapper on the One A9.

The main imaging duties are handled by a 13-megapixel shooter with auto-focus and optical image stabilisation.

We're not criticising it for that. We'd rather it made the best camera possible than use different technology for the sake of it.

So how does it fare? Thanks to the optical image stabilisation – which not all smartphones have – and the shutter speed slowing right down for the occasion, low-light snaps are refreshingly free from blur.

But you do lose some detail in the darker parts.

There's also less detail in daytime, and there's no auto HDR mode, so you'll have to manually switch it on. (HDR stands for high dynamic range.

It takes lots of pictures of the same scene in quick succession, then combines the best parts of each to give the best possible result.)

It also struggles to deal with some vivid colours.

Day to day, we have no complaints about the A9's performance. Its octa-core Snapdragon 617 chip and 2GB of RAM are capable of handling most tasks with no bother.

Processor-sapping games like Need For Speed: No Limits run fine too (though that title took an age to load). But the battery life is less impressive.

It only packs a 2,150mAh battery, which is very small for a handset with a 5-inch screen. And you'll notice it.

If you play a lot of games, listen to music or stream films or TV shows, this isn't the phone for you, as it frequently struggled to make it to dinner time.

However, it has Qualcomm's Quick Charge tech, which gives you a 60 per cent charge in half an hour.

And while it only has a mono speaker instead of the BoomSound models found on other HTCs, it doesn't sound half bad.

It's also one of the few handsets that runs Android Marshmallow out of the box. More phones should do so soon, and more should get the update in the coming months. But for now, the A9 is part of an elite crowd.

On contract, things aren't much better – a typical contract features a £9.99 upfront charge and then is priced £44.99 a month.

You also only get 16GB internal storage (not including the microSD card slot) and 2GB of RAM, compared to our American cousins who pay less for the US version of the One A9 and get 32GB and 3GB of RAM. That's hardly fair.

It's not a bad handset, but there are far better – and more original – phones around for much less money.

Only worth considering if the price drops considerably.