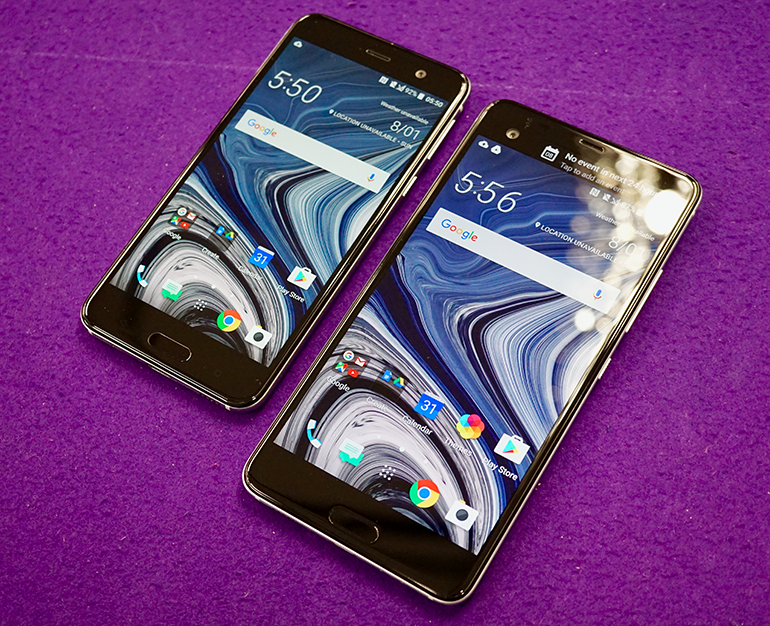 With an appealing construction that blends metal with a pearlescent glass black, the U Ultra and U Play feel like a major departure for HTC, which has long been known for its all-metal phones.

The mix of materials means the phones feel lighter in the hand and really catch the light, creating an eye-catching rainbow effect from certain angles.

But it soon becomes apparent there's a price to pay for that sheen. And that's because the phones are magnets for fingerprints. So don't expect your freshly polished phone to look polished for long.

It's also worth noting that both phones feel a bit less robust than previous HTC efforts.

The U Ultra, which is larger than the Play, features two screens.

There's the main display, of course. Then there's a secondary smaller screen that's 'always-on' and sits just above it and serves up notifications and key information.

The Play is a much more conventional phone with a standard single screen and comes in a bit cheaper as a result. Otherwise, it's almost identical to the U Ultra.

It's worth noting here that the phones we tested were early versions, which didn't have the HTC Sense Companion Siri-style voice assistant. We'll update this review with our verdict when we've tried it out. 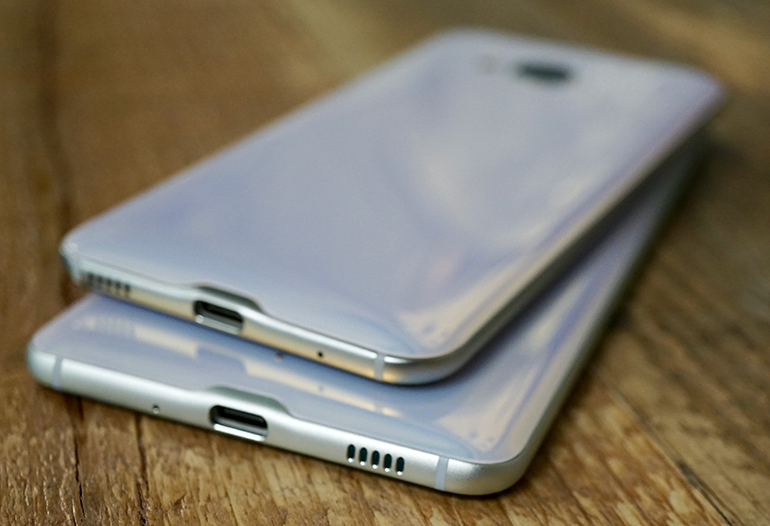 HTC has certainly taken a different tack from most-phone makers by fitting both Ultra handsets with all-glass backs.

But both feel premium even so. And for the most part, we really don't miss the all-metal construction that's become a hallmark of HTC phones.

In another key change, they're not built from a single piece of material, so aren't classed as unibody phones. The upshot of this is that they're not water-proof, unlike recent handsets from Samsung and Apple.

HTC fans will also notice that the U Ultra and U Play feature less boxy designs than the likes of the HTC 10 and opt for softer, rounded edges instead.

Both feature a USB-C port but no 3.5mm headphone slot, so you'll need headphones that connect over USB-C or wirelessly over Bluetooth if you want to listen to music.

The U Ultra's aforementioned second screen along the top shows notifications for emails, as well as text messages and the like.

Move the phone when it's asleep, and the secondary display wakes, showing the weather, time, date and battery life.

It's not as sensitive as the iPhone's wake function. But works pretty well, nonetheless. 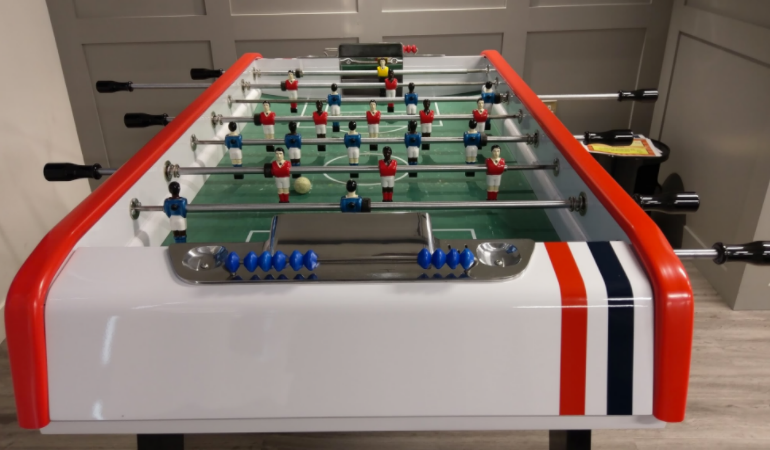 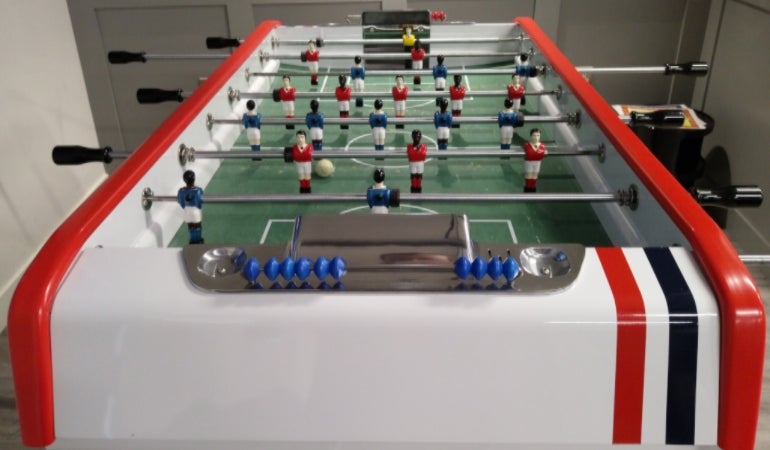 If you need a camera solely for snapping the odd shot to share on social media sites, the U Play is fine. But if you want more than that, it's the U Ultra you should really be looking at.

The Ultra's panorama mode works well and we were very impressed by the selfies its front-facing camera served up.

We also liked the iPhone-style Zoe camera mode that lets you take images bookended by a few seconds of movement. It's always been a neat little effect and it's no less neat here. 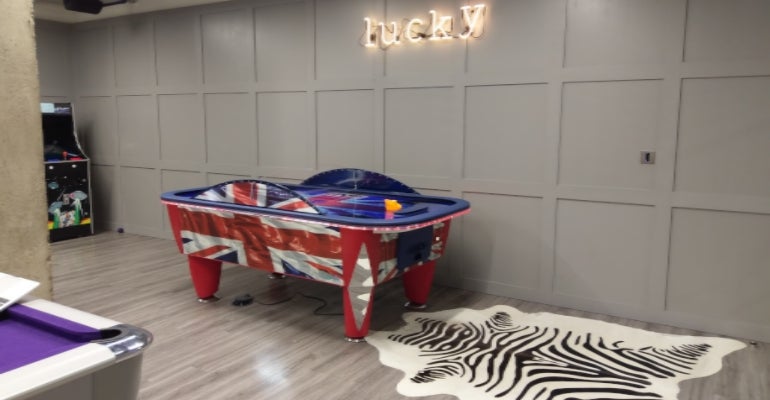 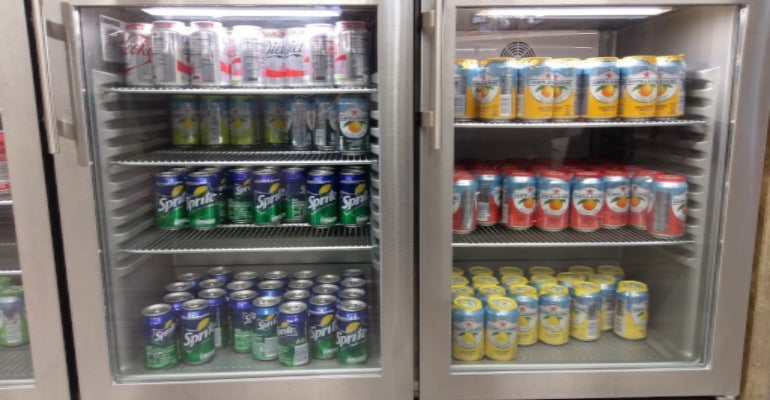 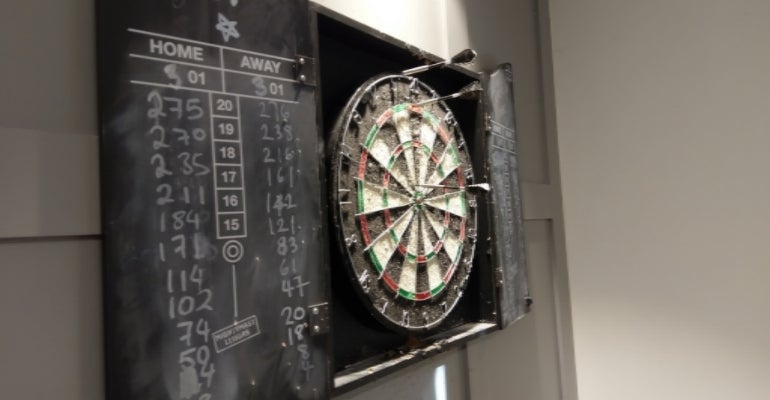 Sadly, neither phone's camera can really compete with the very best around. Colours look a little washed out, and we detected a fair bit of graininess in shots.

We have no complaints when it comes to performance. Apps open almost instantaneously, and both handsets played all the games and videos we tried on them without any sign of strain.

Android 7.0 Nougat comes as standard, with HTC's Sense user interface over the top of it.

Sense is a lot less obtrusive than it once was, but we'd still prefer pure Android over any of these third-party 'skins'.

With pretty intense use, both phones lasted us into a second day before needing a recharge. So no complaints about longevity either.

They're cheaper than the iPhone 7 and 7 Plus respectively and broadly in line with similarly pitched Samsung Galaxy phones.

You're getting a fair bit of phone for your money and both perform well and feature the latest and best version of Android. It's just a bit of a shame that the camera isn't quite up to par. 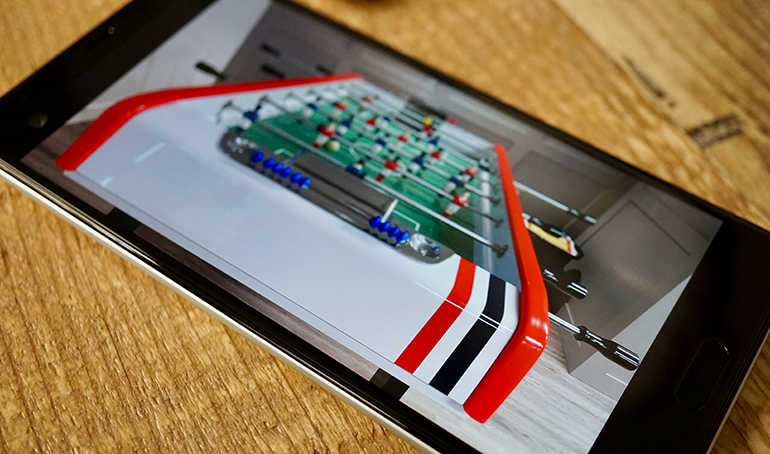 There's nothing particularly wrong with the U Play and U Ultra. In fact, there's a lot right about them.

They work well, are solidly constructed, feature the up-to-the-minute Nougat version of Android and the screens are bright and vibrant.

The problem is that an eye-catching design and secondary screen might not be enough to make these phones stand out in a very crowded market for Android phones.

However, if like HTC phones in general, we'd say they're well worth considering. Especially in a few months' time when we expect prices to drop a bit.