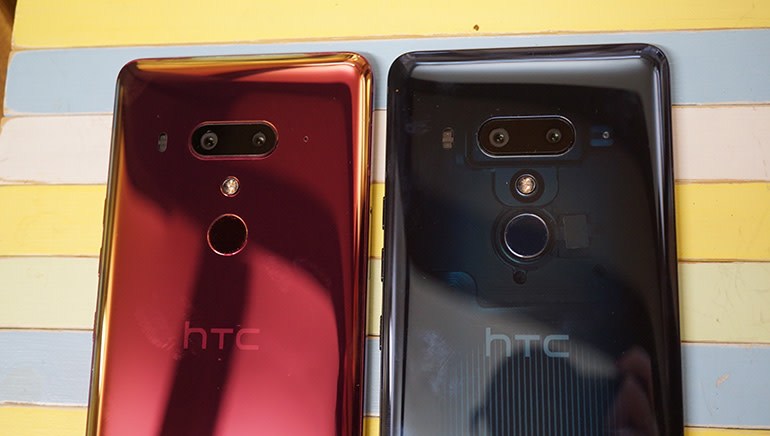 The HTC U12+ is undoubtedly a well-built device that maintains the traditional yet attractive rounded body style associated with HTC phones.

It’s an all-glass handset, with a highly reflective, curved back. And as you might expect, it comes in a range of super-glossy colourways. As well as the traditional Titanium Black, there’s also a Flame Red model that appears to change hue when the light catches it.

Our favourite though, is the Translucent Blue, which actually gives you a glimpse of the machinery beneath the glass. This is certainly something we haven’t seen on any other phone and it looks great. 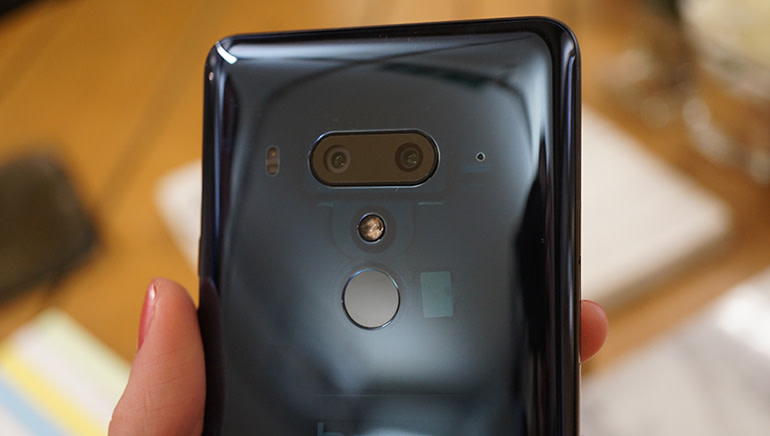 Built with the highest standard Gorilla Glass, the HTC U12+ should easily withstand drops, knocks and scrapes without getting damaged. And it came through all our drop tests (both deliberate and accidental) without a scratch.

It’s just as well that it can survive such accidents, as it’s perilously easy to drop. With a combination of the luxe but slippery surface and its hefty weight of 188g, it doesn’t feel completely snug in your hand. I would strongly recommend investing in a case to make it easier to grip.

It has 18:9 ratio which makes it slightly narrower than its predecessor and the same shape as a widescreen TV. This is a growing smartphone trend that brings the HTC U12+ in-line with almost all new premium handsets now available.

HTC has also not abandoned its Edge Sense technology, which was first introduced with the U11. The sides of the phone are pressure sensitive and a “squeeze gesture” can be configured to open certain apps or utilities such as the camera.

This time round, HTC has extended the technology to both power and volume buttons. This means that the three buttons are no longer mechanical but are instead pressure-sensitive areas of the metal frame.

It’s certainly an impressive innovation, and for the most part it works well, although it took me a while to get used to the vibration feedback designed to simulate the click.

If you’re not a fan though, you can always switch off the Edge Sense features in the settings.

The HTC U12+ has an IP68 certification for water and dust resistance and will survive being dropped underwater. 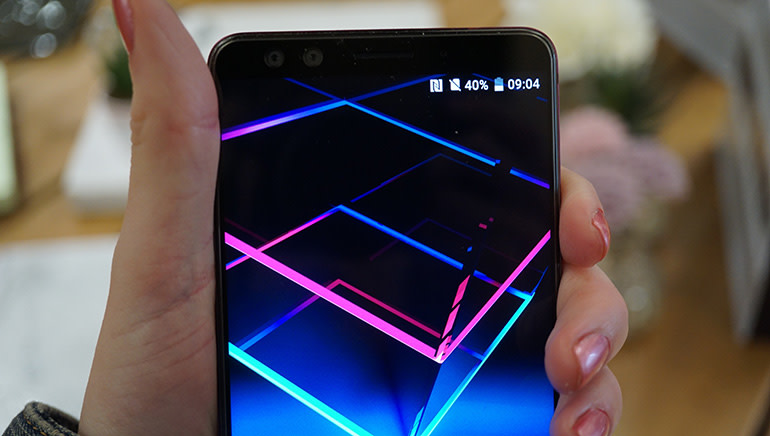 The HTC U12+ screen uses LCD technology which delivers lower brightness than the AMOLED used in many of its flagship rivals.

But colours are surprisingly vibrant and resolution is impressive. Even the rendering of dark shades, which tend to look much better on AMOLED screens, is surprisingly popping.

Although on paper, the screen should be materially worse than many of its competitors, the HTC U12+ has a great screen that is a pleasure to use, especially for watching videos.

As i mentioned earlier, the screen is built with Corning Gorilla Glass 5, the highest standard currently in use in smartphones. This guarantees high durability and scratch resistance.

Sound quality has long been a standout features of HTC devices. And in keeping with tradition and the U12+ boasts, according to HTC, the “loudest, clearest and best BoomSound to date”.

The sound from the built-in speaker is impressively loud. The sound quality can get a little bit muddled when volume gets higher than halfway, but it’s not particularly noticeable. Still, if you’re a real music connoisseur, you might want to keep hold of your portable speaker.

HTC has followed Apple’s lead in abandoning the dedicated headphone jack. This is, of course, nothing new. But for those of us who are stubbornly sticking to their old wired buds, it means we either have to use an adaptor or switch to a new set of wireless earphones. Or we could use the pair of noise-cancelling headphones HTC has included in the box. 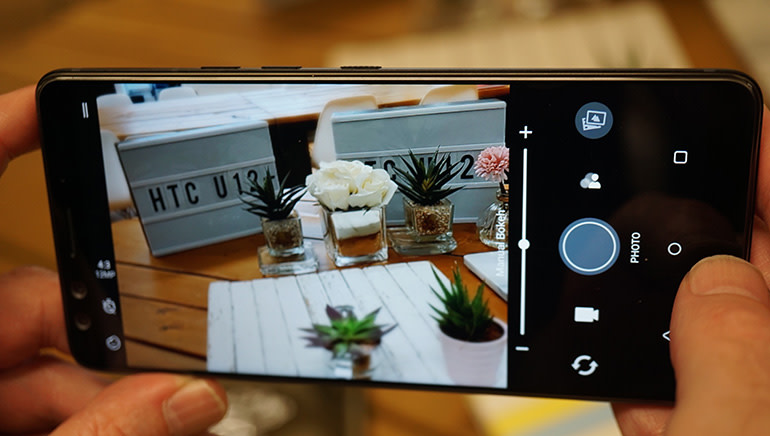 The camera interface is simple and easy to use. In good light, the camera yields fantastic results, with crisp shots and vivid colours. 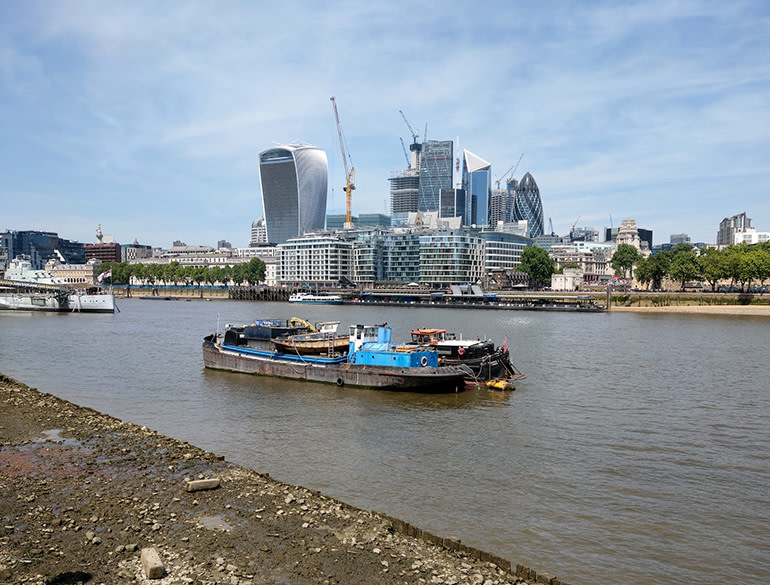 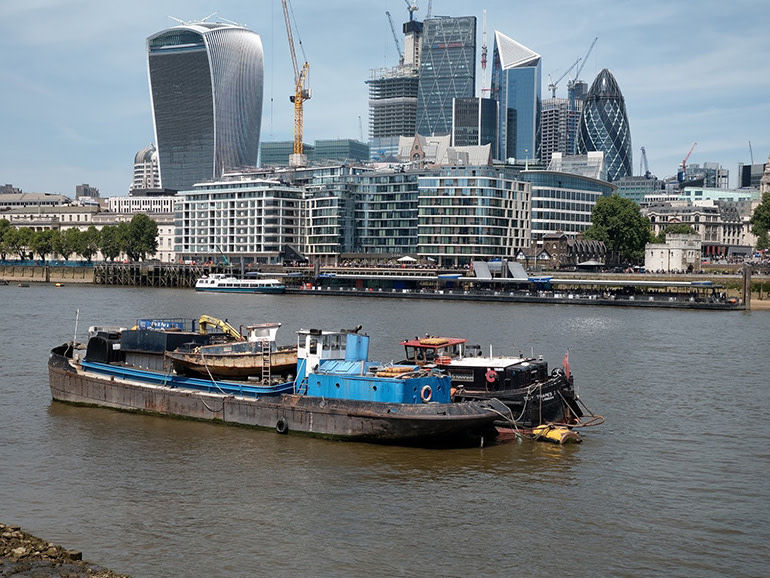 The 2x optical lossless zoom puts this camera up there with the best. It easy to use and the Optical Image Stabilisation means pictures are unlikely to suffer from motion blur.

Dynamic range is pretty great. The main camera occasionally struggles with shots where there’s a mix of dark and light areas. But then, so do a lot of cameras. So this certainly isn’t a deal-breaker. 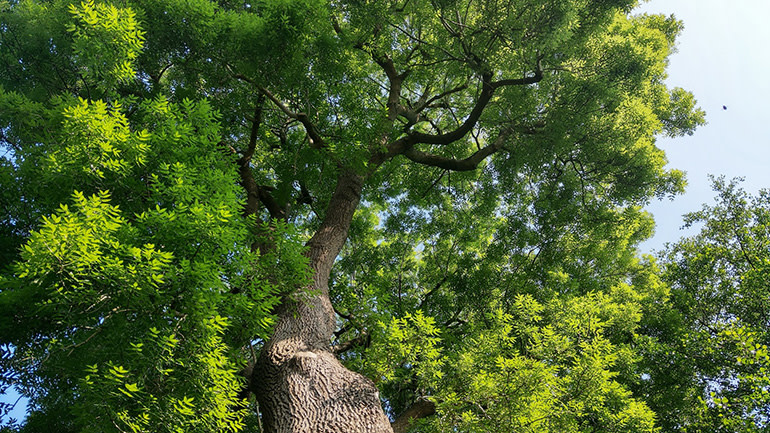 This shot is a great example of the excellent colour reproduction, with a naturally bright blue sky and well detailed shaded areas. 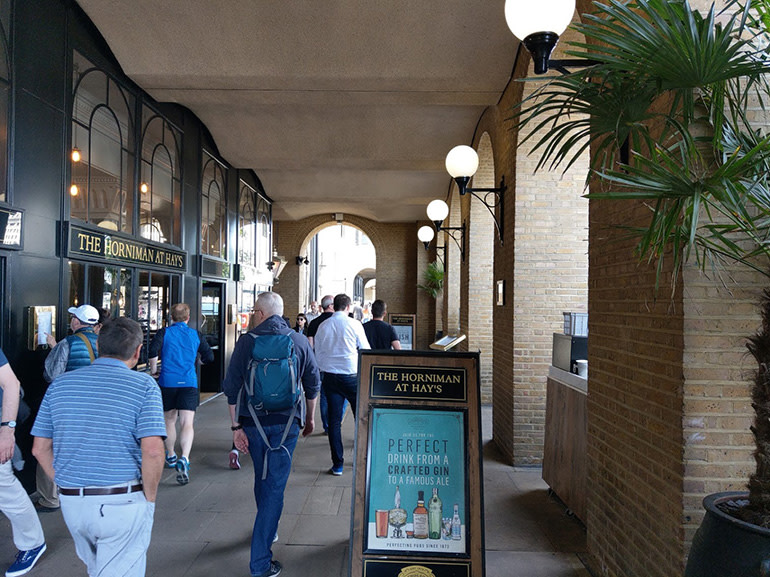 The main camera does an excellent job at rendering colours of dimly lit areas. This comes at the expense of a little bit of detail in the sunny spot at the far end of the gallery. But it’s a compromise we’re happy to make. 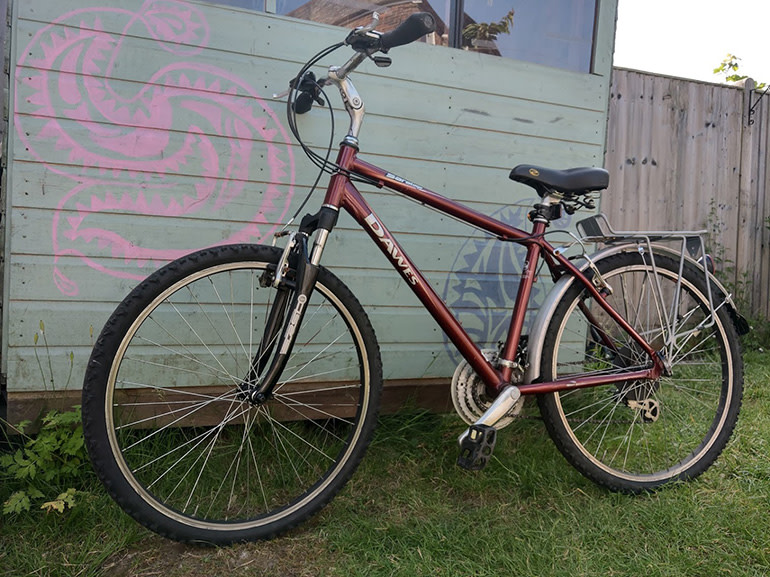 Low light performance is certainly improved when compared with samples from its predecessor and is now on par with the best in the market. 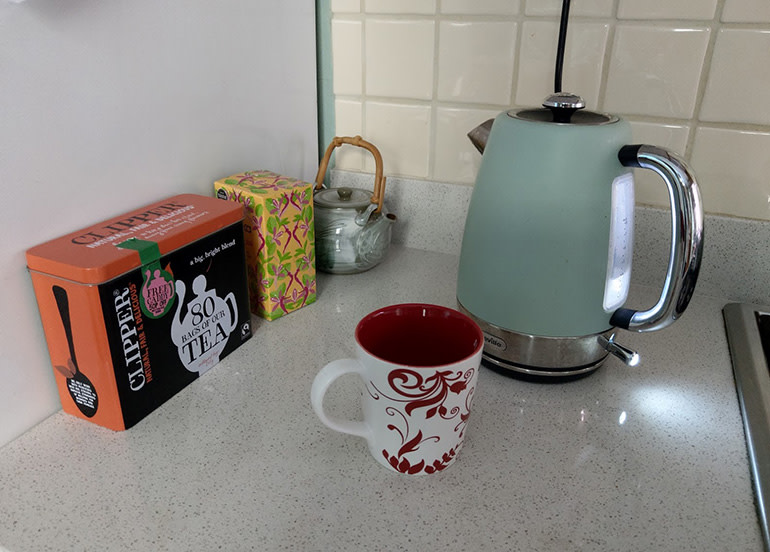 The dimly lit tea corner is where low light performance is put to the test. The U12+ doesn’t try too hard to enhance brightness and colours are surprisingly vivid.

The dual camera setup is used to create the soft background bokeh mode and the interface gives you the option of either leaving it to the phone to decide the amount of softness in auto mode or use an on-screen slider to adjust the blur. I found the auto-mode offered the best results.

One great feature of the camera is the ability to edit the amount of background blur after a photo has been taken. 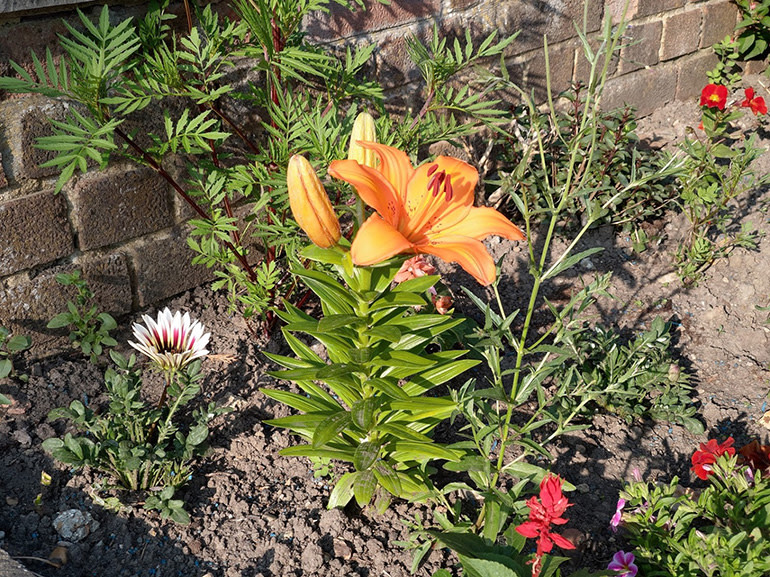 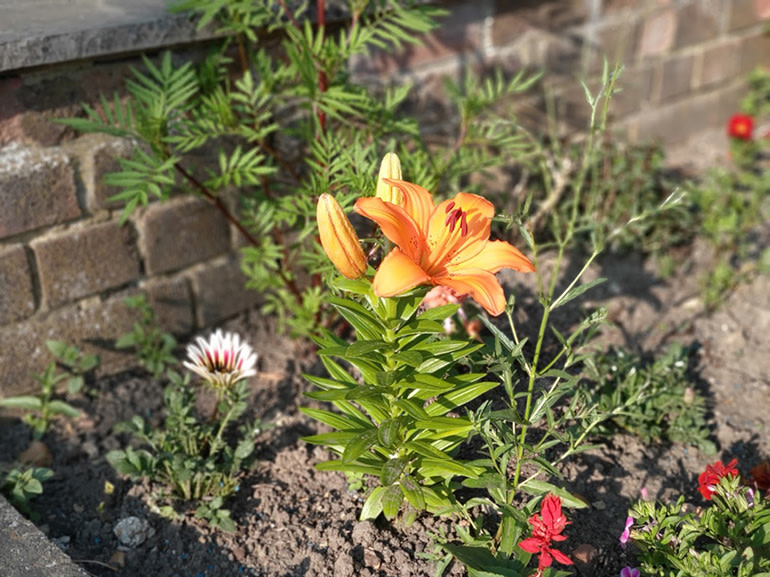 If we had to find a flaw, it’s worth mentioning that the camera can be a little laggy at times. In some cases, it took up to two seconds to open the camera from the home screen. Which doesn’t sound like a big deal, but if you’ve ever tried photographing an animal or a baby, you’ll know that two seconds is enough time to lose the cute moment you’re trying to capture.

The front selfie camera is complete with beauty mode that smoothes your skin, adjusts the size of the eyes and even alters the shape of your face slightly. Unless you’re inclined to look a bit artificial, my advice is to switch it off altogether.

Quality of selfies is good when the light is right and bokeh mode works well but bear in mind that there is no Optical Image Stabilisation on the front-facing camera, so be sure you keep a steady hand. 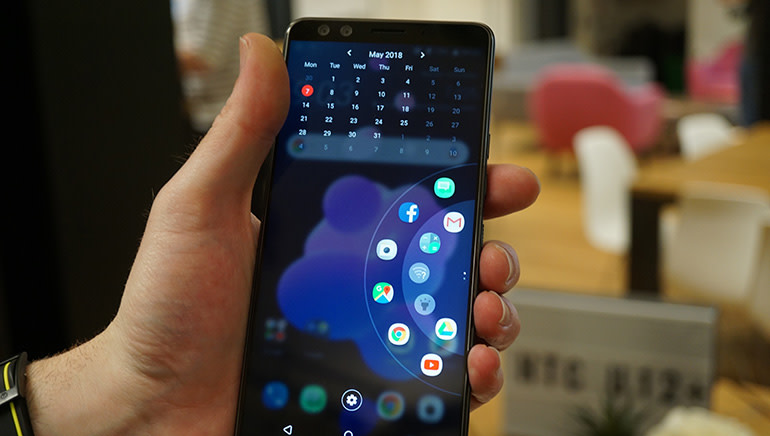 HTC has traditionally made some of the best Android interfaces, so it’s safe to say our expectations were high. And we were not disappointed.

The U12+ has an intuitive system with a few bundled apps together and a well-designed Companion utility called HTC Sense Companion. Akin to Google Now, it monitors your usage and provides alerts for weather or traffic as well as device-specific advice such as tips to save battery.

It comes with a processor that’s as fast as the OnePlus 6 or Galaxy S9, tso you can expect it to be super speedy and responsive.

Its face unlocking security, a feature that has come a long way since its introduction, feels perhaps a little slow if we compare it to how fast it is on the latest devices offered by Huawei or OnePlus. But it still works quickly and reliably.

The U12+ comes with 64GB of built-in storage that can be increased with an additional 256GB, thanks to the SD-Card slot located in the SIM drawer.

The battery has a capacity of 3500mAh, which is reasonable for a phone this size. It performs well, providing a full day of reasonable usage on a single charge. But it can get depleted surprisingly quickly if the screen is used for long period, such as watching YouTube videos.

Luckily, battery charging is incredibly fast, taking a little over 10 minutes to take the battery from 5% to around 40%.

Things have changed since HTC came up with a class-topping phone. With OnePlus, Huawei and now even Nokia stepping up their efforts to offer great performance in a well-designed, reasonably-priced package, it’s become increasingly difficult to justify paying a brand premium, even for a legendary brand such as HTC.

But the U12+ is a great phone. Its build quality is up there with the best and it has a great camera that will produce excellent results in almost all conditions.

Want to buy an HTC phone? Here are all our best HTC deals.