Catherine Hiley - 21 November 2018 Last updated: 10 March 2020
Comment
Share
Tweet
We put the new Mate to the test. But is it the start of a beautiful friendship?

Huawei's Mate 20 Lite is ballyhoo-ed as a phone that lets you 'go further [and] faster". That's no small billing to live up to.

So how it does the Mate phone measure up? Is it our new best pal? Or are we destined to be frenemies? We handed it to over to Uswitch's always-game team of occasional reviewers to find out.

Firstly, to get this review into perspective, it took me 28 days 16hrs and 10min from when I received the Mate 20 Lite to finally start this review. When I eventually opened the box, it was mainly because my beloved iPhone 7 started having issues with its battery life and I couldn't get a same-day appointment to have it fixed. So it was at last time to take a plunge into the unknown.

As soon as I set eyes on Huawei’s handset, I was instantly impressed by its sleek glossy looks. Blue is my favourite colour too, so I had a feeling that the stars were aligning for a magical experience.

I'm a fan of smaller phones. And at 6.3 inches, this was the biggest phone I've used to date. Not to mention a product that wasn't my beloved iPhone. But despite the Mate 20 Lite’s generous dimensions, I found it easy to hold and use. Helped no end by the one-hand mode.

As you’d expect with the new breed of phones, set-up was straightforward. And just like that 'walah', my new magical experience began.

I’d heard rumours of the Mate 20 Lite’s outstanding Hi-touch feature. Not having access to that tech with my iPhone 7, I decided that must be my starting point.

After reading up about how to use the feature, I started and you can imagine the feeling of sheer jubilance that my love for easy shopping was catered to. Unfortunately, my savings account wasn’t anything like as impressed.

The split-screen mode worked well and meant that I could listen to music on YouTube while navigating through menus and occupying myself with other things. This was especially welcome because I flat-out refuse to pay for a YouTube Music subscription.

I loved the three-finger screenshot function and feel that it’s something all phones should have, to spare us trying to synchronise tapping two buttons simultaneously. The array of shortcuts were welcome too.

The Mate 20 Lite’s camera is significantly better than my iPhone’s, especially the secondary, front camera. I'm not the most photogenic person, but it’s fair to say that my selfie folder is growing by the day.

On the downside, I found that although photos in most lighting conditions were excellent, they’re a lot less impressive in low light. I was also unable to get the AI shopping mode to work and it’s a bit disappointing that the Mate 20 Lite's low volume made it to hard to hear in noisy environments.

But these are minor quibbles. All in all, I really enjoyed my time with the Mate 20 Lite and came away very impressed. But I think I'll wait to take a turn on the iPhone XR before deciding whether to make it my next phone.

Think you might prefer the top-of-the-range Mate 20 Pro? Take a look at our pick of the best deals.

I’ve never really been one to get caught up in all the hype whenever the latest flagship handset comes out. As long as I can take good pictures, make calls and browse the internet easily, I’m quite content to plod along with a device that isn’t super high spec.

Despite this, I always tend to end up with last year’s iPhone or Samsung whenever I go to upgrade. So when the chance to review the new Mate 20 Lite came around, I jumped at the chance.

Sitting pretty at a mere £379, it certainly feels as if you’re getting a more premium product than the price would suggest. The device feels comfortable to hold, is a user-friendly size and boasts a crisp and clear display.

For those who aren’t enamoured with the latest design trend of including a notch at the top of the screen, prepare to be disappointed. But, most phones are rocking a notch at the moment, so it’s probably time to get on-board with the screen cut-out. In reality, I found that it definitely didn’t detract from my experience and I even stopped noticing it after a while.

As someone who is unashamedly addicted to my phone, battery life is a crucial factor for me. This is where the Mate 20 Lite really came into its own. Like most phone addicts, I charge my phone at night and use lots of battery-draining apps throughout the day, so I always have a spare charger and battery pack in my bag.

But depleting battery life wasn’t something I had to worry about at any point while using the Mate 20 Lite. So much so that I stopped carrying the charger around with me.

Elsewhere, the camera is surprisingly impressive. As a photography novice I really need a smartphone that does most of the legwork for me. The Mate 20 Lite camera comes with a great Bokeh feature, which you’re able to adjust after the picture has been taken. This meant I was able to product some pretty professional-looking pictures, with very little technical knowhow.

The camera does struggle a bit in poor lighting conditions. That being said, it wasn’t something that I was too affected by as most of the pictures I was taking were outside. And after all, there are many pricier phones that can’t take perfect photos in less-than-perfect conditions.

Another interesting use of AR in the camera is the quirky use of emojis. Aptly named 3D QMoji, the feature uses AR to turn emojis into 3D moving creatures that mimic your facial expressions and head movements.

It can be a little slow at times but it’s certainly a fun novelty to play with. I’m not too sure if it’s something that I’d use daily so it’s not really a much needed feature of the phone in my opinion.

All in all, the Mate 20 Lite proved itself to be a great device. For those out there who are after a premium product at a price that isn’t going to break the bank, this is a very strong contender. 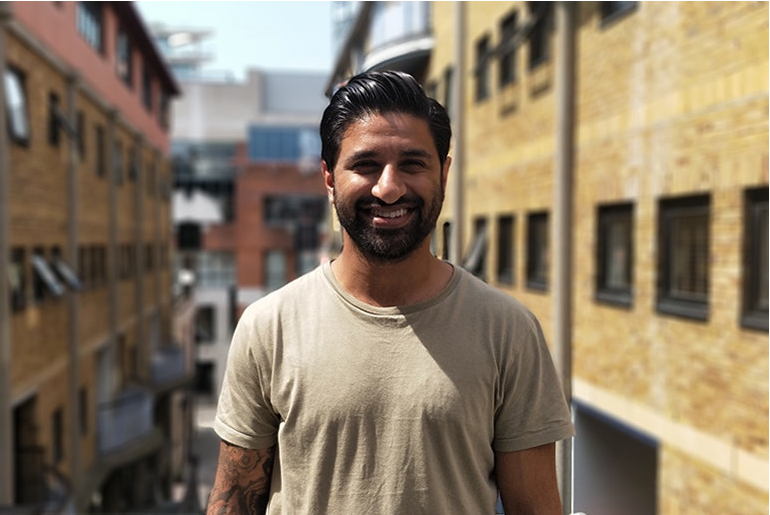 Straight out of the box, this phone outshines the price attached to it. It was never going to feel high end, it’s not supposed to, but it does feel like money well spent on first inspection.

You’re not going to get the luxury glass finishes you see on the premiums, but I was pleasantly surprised at just how nice it looked. The deep black piano finish just works. Those of you who remember, think PlayStation 3 in a smartphone and that’s what you have here. It does feel pretty light though.

Setup, like any Android, was simple enough. I was up and running with 15 minutes with my apps being replaced periodically.

Onto the innards, you’re met with 64GB of memory, which I find gives you ample space for most people’s needs. Free unlimited storage on Google Photos and streaming music through popular services means you’ll likely only chip into this using the on-board software and apps.

I have 115 apps and plenty of space for more as a point of comparison. If you want more room you can also expand this with a MicroSD card. It’s also worth noting the Mate 20 Lite is also a dual SIM phone, which I love.

In terms of performance, 4GB will also be able to chew up those apps working in the background with ease.

The screen, like most handsets, has a notch at the top, which you really won’t notice after using it for around 10 minutes or so but you do also have the ability to turn this off should you want to. Overall this screen looks crisp and clean and really compliments the body of the phone.

The camera is a dual-lens setup, one used for the main image and other used as a depth sensor. The camera is itself an adequate shooter and perfect for the happy snapper.

If Bokeh is your thing, there’s enough “bokes” to go around in aperture mode which can also be enabled in selfie mode. If you’re semi-serious about your photos, you’ll instantly notice the over exposure and noise in certain scenarios.

The front-facing camera can also act as a facial recognition scanner to unlock the phone but I like it has the option to choose between this and the fingerprint scanner on the back.

The determining factor on the Mate 20 Lite is the price and what I’m getting for my money. The answer to that question is a lot when you’re looking at it on paper, however for me the camera is always a deal breaker.

I think it falls slightly short on quality for me to hand over the £379 this handset is currently retailing for SIM-free.

Compare deals for a range of Huawei smartphones.