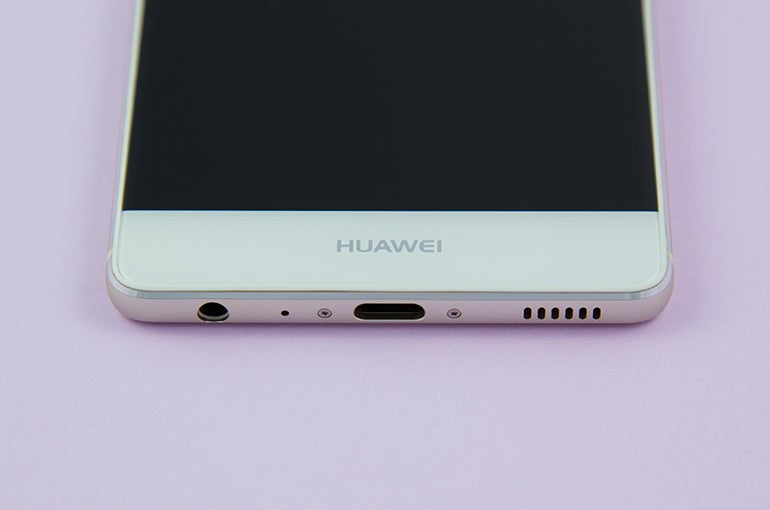 The first thing that strikes you is that this is a very tall smartphone. That's largely down to the thick bezels above and below the 5.2-inch screen.

It's very well put together, though. Shake it, and you won't hear a single rattle.In terms of quality, it bears comparison with the iPhone 6S or Sony Xperia Z5, which is very good company indeed.

It's under 7mm slim, which again is impressive. And unlike the iPhone 6S, the camera lens, which has been provided by Leica, doesn't protrude from the back. 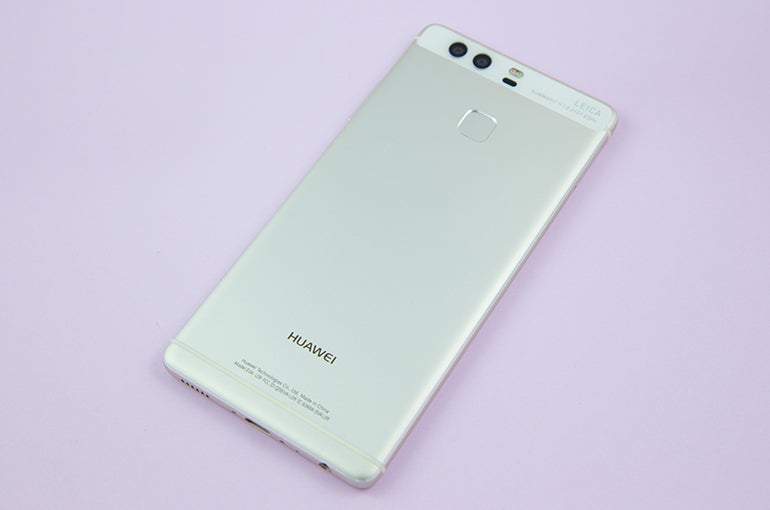 Like the LG G5, the P9's fingerprint scanner is located at the back of the phone. That's fine when you're holding it. But if you want to unlock your phone when it's lying on the desk, you have to either type in your PIN or pick it up.

With its rounded corners, the P9 looks quite like a Sony Xperia handset, but the back isn't covered in glass like a Sony. And on the back are not one, but two camera lenses. But we'll get to those later. 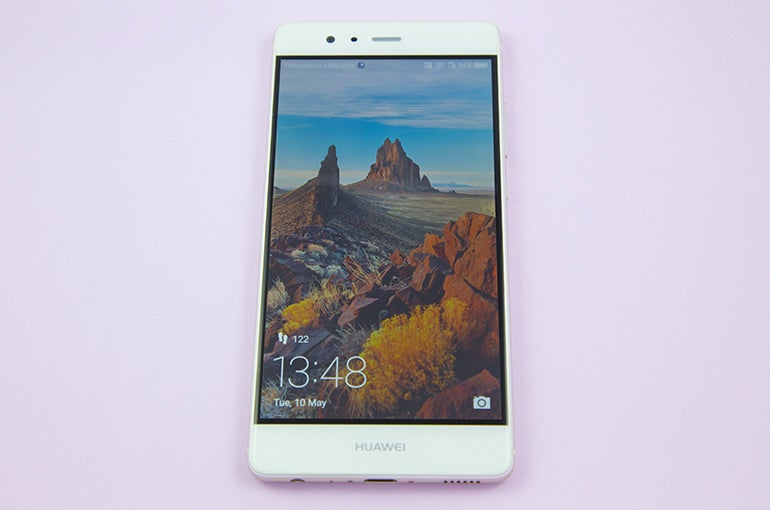 The display is actually a lower resolution than most of its rivals. While Android big-hitters, such as the LG G5 and Samsung Galaxy S7, have QHD displays (with a resolution of 2,560x1,440 pixels), the P9 has a lowly FHD screen.

That means a resolution of 1,920x1,080 pixels. You'd think this would look a little grainy, especially stretched over 5.2 inches. But as long as you don't hold it next to one of its higher-resolution rivals, you shouldn't have any complaints.

And, critically, it's still much sharper than an iPhone, and we can't remember the last time anyone complained about one of those displays.

Colours are bright without being unnaturally 'sugary' and over-saturated, while the blacks have a satisfying depth to them. There's no always-on mode, so you have to wake up your phone every time you want to check the time. But all in all, the P9's screen isn't bad at all. 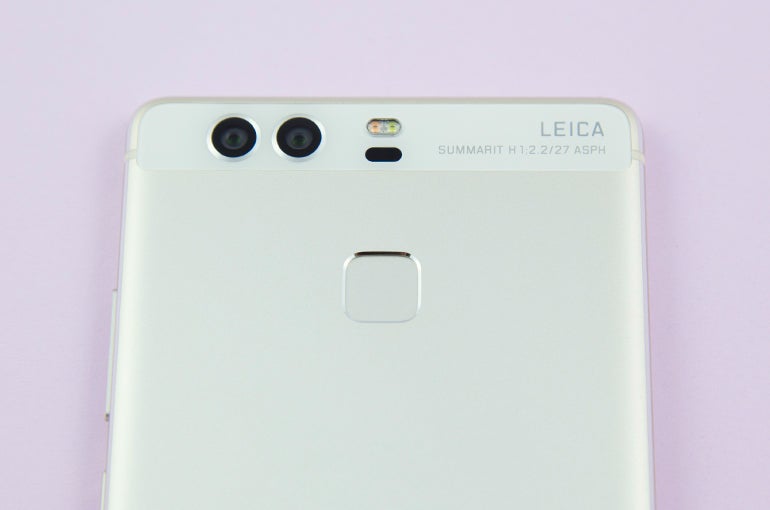 This is the P9's flagship feature. Huawei has brought highly rated camera-maker Leica onboard and crammed its imaging technology into the P9.

It's a dual lens set-up – which we've seen before in the HTC One (M8) – though Huawei's has one for colour shots and one for black and white.

This, Huawei claims, will make for better low-light performance, as the black and white sensor can capture three times as much light as the colour one.

The dual lens setup should also help with 'bokeh' pictures – this is when the subject is in focus, but the background blurred.

So how does it fare? Generally, very well. Shots taken with auto settings are impressive, if plagued by a slightly red hue at times.

It also performs well in dimly lit conditions, letting in plenty of light to illuminate your subject.

Swiping left presents 14 shooting modes, including arty ones, such as time-lapse and light painting for a 'tracer' effect. Swipe right, and you're confronted with all manner of camera settings.

But that's not all: swipe up from the bottom of the screen, and you'll enter Pro mode, with even more variables to tweak.

It's great having so many options, but we would question how many people will actually use them all. We'd rather Huawei and Leica concentrated on making the best auto mode possible. Because that's all most people are going to use.

In summary, the camera is very good, though can be a little blown out in bright conditions. 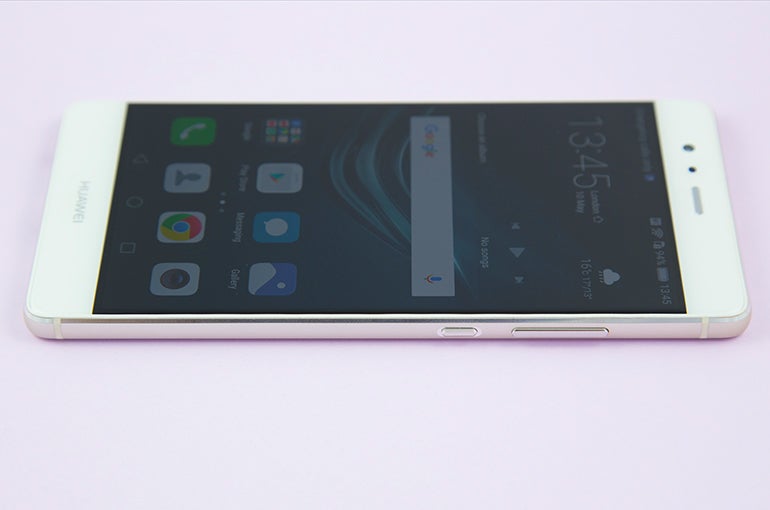 Thanks to its Huawei-made Kirin 955 processor, the P9 absolutely flies through menu screens. Apps launch in the blink of an eye, while games and films run absolutely fine. However, there is a downside.

Huawei has taken the standard so-called vanilla version of Android Marshmallow that Google created and has put its own Emotion user interface on top. The result is that Google's software is all but unrecognisable.

The 'app tray' (that's an area set aside wholly for storing apps) is gone, for example, so your apps have to be stashed on your home pages. Sure, you can organise them in folders, but it's still quite unsightly.

But on the plus side, battery life is good. It'll last you over a day with regular use, and longer if you're just checking the occasional email.

Conversely if you're gaming, and playing music and streaming video simultaneously, you'll be plugging in by tea time. Sadly, that's par for the course with smartphone batteries these days, though.

One final point – the fingerprint scanner is very quick indeed. Some won't like the fact it's on the back rather than the front, but we can't fault it for speed. 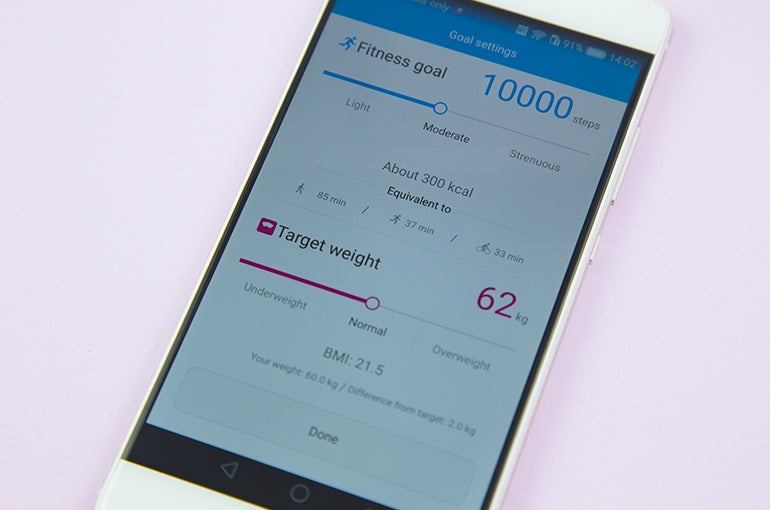 At the time of writing, if you want the P9 on a monthly contract you're looking at an outlay of just over £30 per month. Which means it's only slightly cheaper than a Samsung Galaxy S7 or LG G5.

Serious photography enthusiasts will love the P9. The rest of us cpi;d we;; be turned off by the confusing menus and shoddy user interface.

A good effort from Huawei, but there are better all-round phones available.