iPhone XS vs iPhone XR review: which one should you buy?

Luigi Palazzolo - 23 November 2018 Last updated: 22 October 2020
Comment
Share
Tweet
Go top-of-the-range and never mind the expense? Or plump for the XR and save some cash? We weigh up your options.

The iPhone XS is the successor to last year’s tenth-anniversary iPhone, the iPhone X. In a nutshell, it's Apple's top-of-the-range smartphone, with cutting-edge features and a price to match.

The iPhone XR, on the other hand, is a more affordable handset that still retains many of the technologies that define this generation of iPhones.

So which one's right for you? What does the extra outlay for the XS get you? And will you really miss those features if you plump for the XR? Read on for the answers.

Keen to see monthly contract prices for the iPhone XS? Head to our comparison page.

Think an iPhone XR might be more suited to your pocket? You'll find a range of contracts on our iPhone XR deals page.

The XS and XR have identical shapes, with rounded edges and luxurious glass backs.

But while the more expensive XS dazzles with its polished stainless steel frame, the XR is fashioned from brushed aluminium. And while the latter probably won't age as well, it has the advantage of being available in a choice of six eye-catching colours. 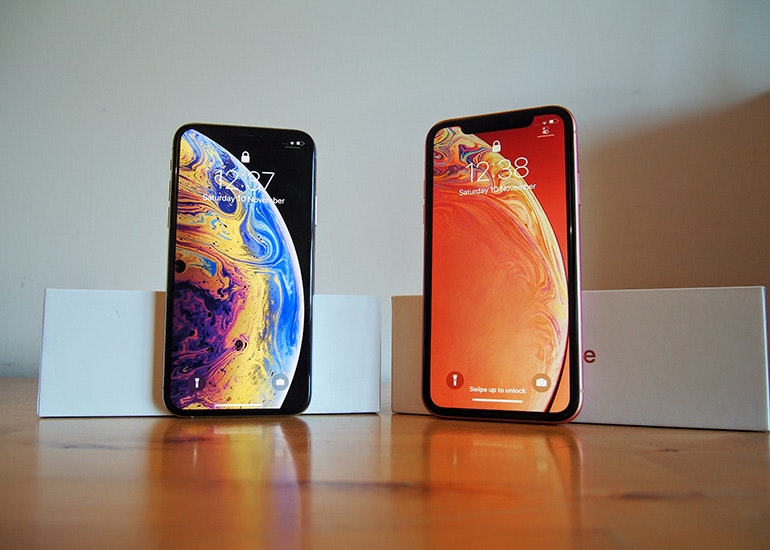 Predictably for Apple devices, both phones are extremely well built.

Despite the small difference in screen size, the iPhone XR, which comes in at 6.1 inches, looks and feels considerably bulkier than the 5.8-inch XS.

That's due in no small part to the fact that the XR features larger bezels (that's a fancy word for edges) around the screen, which means that space is used less efficiently.

If you’re upgrading from an iPhone 7 or iPhone 8, the familiarity of the XR's lines won’t make up for its bulk when you first weigh it in your hands.

At 194g, the XR is one of the heaviest iPhones ever, and with an 8.3mm thick frame, by far the thickest of the last three years.

From this perspective, the iPhone XS is by far the most refined of the two.

With a little compromise on the display size, it achieves a considerable lighter feel and a more compact size.

Take a more in-depth look at what the XR has got to offer with our standalone review.

Natch, we've put the XS through its paces for a standalone review, too. Take a look at the Uswitch verdict.

Apart from the fact that it's smaller, everything about the iPhone XS display is better than the XR.

First of all, the underlying technology is very different. The XS uses OLED tech, which is brighter, more energy efficient technology. It also requires less room for backlighting, allowing the XS to retain its slim dimensions. 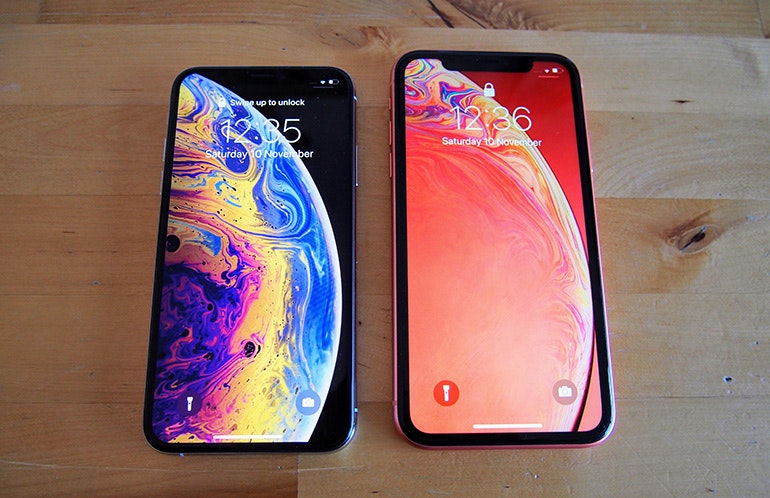 The iPhone XR (right), has a thicker frame around the screen.

Resolution, contrast and pixel density are all considerably higher on the iPhone XS compared to the XR.

The iPhone XR is also missing 3D touch, which allows you to access quick actions and shortcuts for apps by depressing the screen for a bit longer than usual.

This technology has been present on the latest three generations of iPhone. And its omission is more evidence that the display is by far the main area where Apple has compromised to keep the iPhone XR's price down.

But is it enough to make you dismiss the XR entirely? We don’t think so.

Granted, the iPhone XS has by far one of the most advanced displays on any smartphone, contrast-ratio is incredible and so it is the brightness as well as colour reproduction.

However, for anyone upgrading from an older iPhone, the XR's still-excellent display will feel like a major upgrade.

Both phones are missing a traditional 3.5mm headphone jack and come with free, wired Apple AirPods, which still stand out for their poor sound insulation and low durability.

An adaptor isn't supplied with either phone. So unless you own Bluetooth headphones, you’ll have to fork out an extra £9 if you want to use a wired pair.

If you're leaning towards saving some cash by plumping for the XR, we have good news: despite the vast price difference, it's equipped with pretty much the same rear camera as the XS.

The only thing you'll be missing out is the 2x Optical Zoom that is achieved with the second lens. 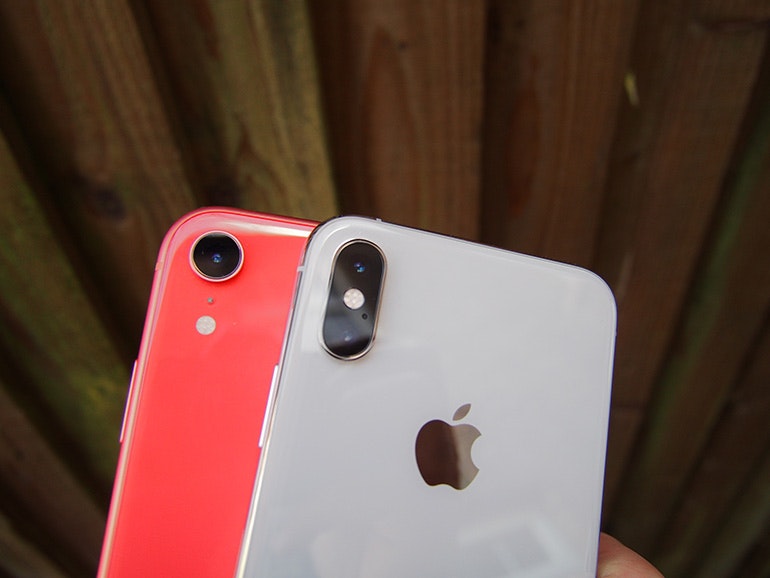 No secondary, zoom lens with the XR, but the main camera is identical.

The 12-megapixel, main lens, identical on both phones, is equipped with Optical Image Stabilisation. And is capable of great shots, thanks to its “Smart HDR” technology.

This harnesses the phones' improved processing power to take multiple shots at the same time. These are then combined in a single, composite photo to achieve the best exposure in all areas of the image.

Exclusive to the iPhone XS is a 12MP telephoto lens, once again with Optical Image Stabilisation, which allows you to take shots with 2x magnification without sacrificing detai.

The front camera is also identical in both phones “TrueDepth” depth-of-field detection software is capable of delivering great looking portraits. 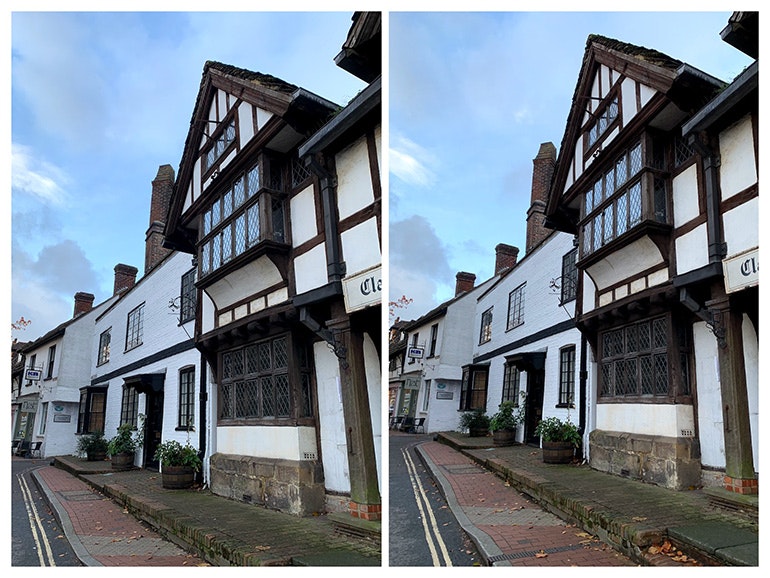 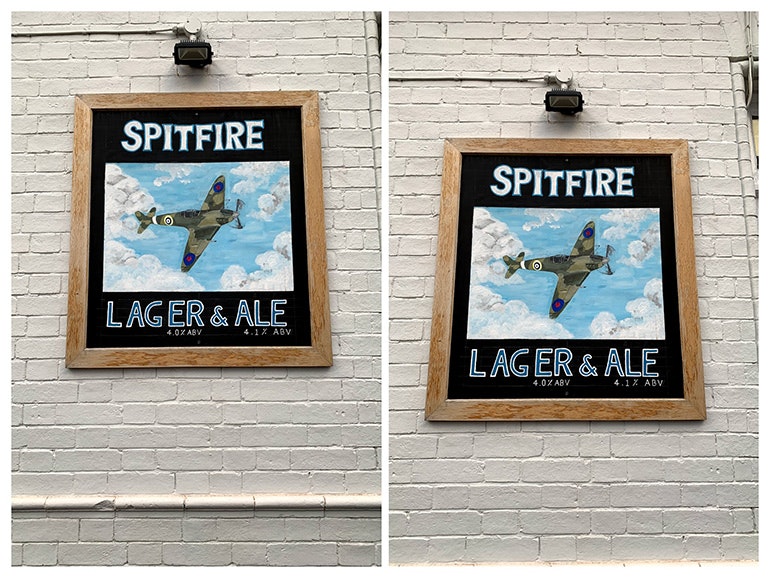 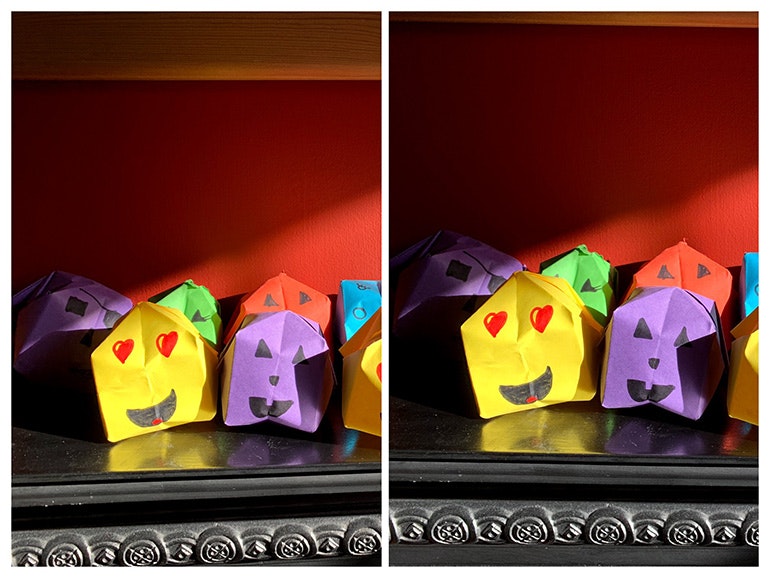 As we expected the main camera, which is identical on both the iPhone XR and XS, produces indistinguishable results. iPhone XS shots are on the right

The processing platform on the XS and XR is identical. Both use the same Apple A12 chipset, ensuring the same level of performance especially to support the camera image processing.

There is a difference in the amount of RAM, though. The iPhone XR only comes with 3GB compared to the 4B of the iPhone XS.

Would that make any difference in everyday use? Not really with the current version of iOS. And given that last year’s iPhone X came with 3GB RAM, I wouldn’t lose sleep over the missing 1GB of memory.

With regard to battery life, this is one area where the cheaper yet bigger iPhone XR has a bit of an edge.

Thanks to its bigger body, the XR makes room for a slightly larger 2,942mAh battery - up from 2,658mAh on the iPhone XS.

This ought not much of a difference in itself. But coupled with the less power-hungry screen found on the XR, with lower resolution and brightness, this translates to much lower battery consumption.

Apple lists 20 hours of talk time of the iPhone XS versus the 25 hours for the iPhone XR. Of course, things vary greatly with real-world use. And of course if you're watching a lot of video, you can expect battery longevity to be significantly reduced.

The advent of fast charging technology, though, means that battery life is less of a worry nowadays. And both the XS and XR are equipped with a fast-charge mode should give you back around 50% of your battery in 30 minutes.

Unfortunately, however, the charger you need to activate the fast-charge mode isn't included with either phone. So you'll need to budget for an additional £49 for Apple's official charger.

Both phones also support wireless charging with a compatible pad. Once again, this is sold separately.

In practice the 64GB will be plenty for most people, especially if you make use of a Cloud service to store photos and videos. 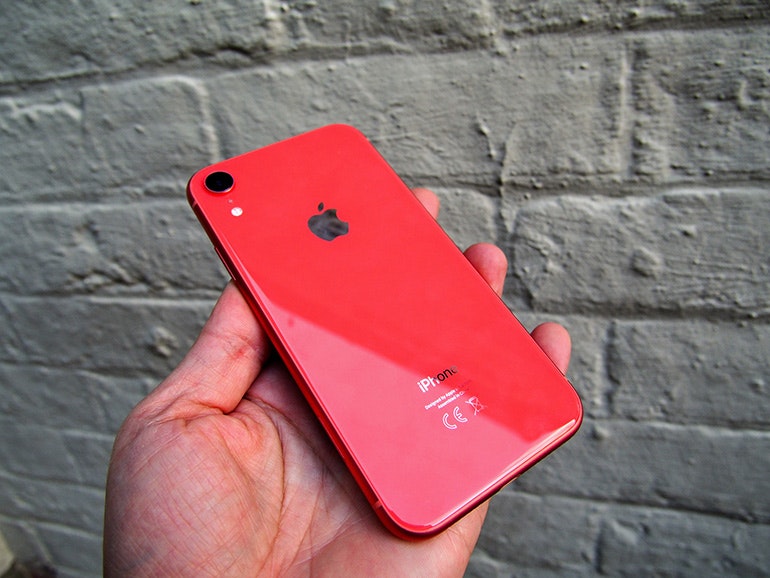 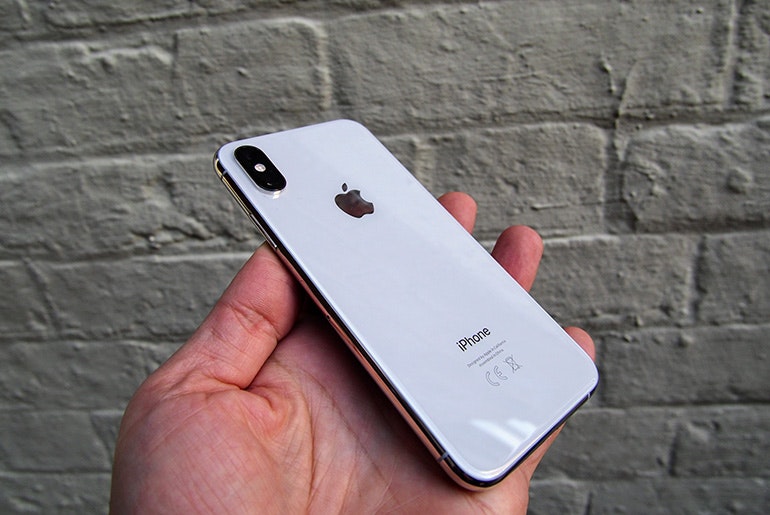 Considering the negligible difference in performance between Apple's new phones, the iPhone XR looks like a bargain at £749 when bought outright (£799 for the 128GB version).

None of the corners cut by Apple on the XR is a deal-breaker. And apart from the lack of Optical Zoom provided by the XS's second camera, there's very little that sets the XS aprt.

The main differences can be boiled down to display quality and design, where the XS wins the day.

But that's not to rubbish the XR's looks. It still looks and feel like a premium iPhone when compared to any other device except its pricier stablemate.

There's no doubt that the iPhone XS represents the highest standard of current smartphone technology.

It feels compact yet substantial, fits easily in a jeans pocket and the chrome steel frame looks fantastic.

Which one should you buy?

if you want a new iPhone but are on a strict budget, pick one of the great colours the XR comes in and go for it. Just make sure you don't look back and never touch an iPhone XS.

It may just be out of curiosity, to try it out for size, but once it’s in your hands it will be a lot more difficult not to give in to the temptation and treat yourself to Apple's top-of-the-range phone.

Still sold on the iPhone XS? Head to our comparison page to compare deals.

Prefer the iPhone XR? You'll find a selection contracts from all the major networks on our iPhone XR deals page.

Still undecided? You can compare phones of all makes and models, using our phone comparison table.