With a purportedly excellent camera and a range of modular accessories that radically change what the G5 is capable of, LG's latest challenger to the iPhone and Samsung Galaxy S7 has garnered a slew of good reviews from technology journalists. Not least the write-up from very own tech titan and smartphone expert, Rob Kerr.

That's all well and good. But how would the G5 go down with real-world users? The kind of people who actually pay for phones and don't get given them for free. And who perhaps don't much care about niche technology, but just want a phone that works for them.

To find out we gave LG's handset to five of our staff members, ranging from gadget girls and guys to photography enthusiasts and non-techies, and asked them to live with it for a week.

Would they find the G5's extensive camera options useful? Or are they just gimmicks that wouldn't get much use beyond the first week? More importantly would our A-Team be prepared to swap their existing phones for the G5?

Here's what they told us... 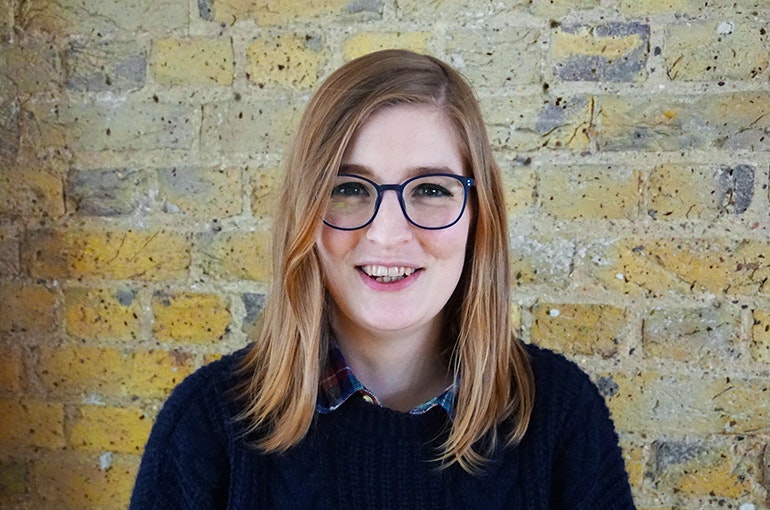 I've tried switching to an Android phone before and came away unconvinced. So it was with real reluctance that I removed the nanoSIM from my decrepit iPhone 5s, with its cracked and Scotch Taped screen, and put it in the box-fresh LG G5.

My confidence was bolstered when I found the 'on' switch, and instantaneously the G5 got cracking on the speediest set-up I’ve ever witnessed.

My numbers (synced with my gmail account) were all present and correct and I managed to download all my favourite iPhone apps, bar one inessential weather app.

For the off, I was smitten with how fast the apps boot up and the zippy interactions. My only speed-related gripe is the slower-than-I'm-used-to jump from WiFi to 3/4G after leaving my house.

I am unorganised. This means I need to have a charger at work, at home, and a battery pack and cable in my rucksack at all times. That caused complications in this instance because the power cable on the LG G5 has a new, non-standard 'nubbins'(what I have decided it shall be named), so now none of my back-up generators are compatible.

Other minor bugbears are that you can't unlock the phone if it's lying face up (as the button is on the back). And the volume buttons are a tad over-sensitive too, bouncing between whisper-soft to commuter-glare-loud every time I thrust my hands in my jacket.

If I'm being really nit-picky, I'd have preferred the headphone jack somewhere other than on the top of the phone. Too often it means my headphone cable photobombs unbidden into my photos.

That camera though. I‘ve never encountered such a forgiving lens. The most mundane skylines are turned into works of art with an automatic and most welcome touch of fisheye. The zoom holds up better than I thought possible as well.

The selfie camera takes such high definition shots that had it not been for the mind-boggling healing powers of the brilliant 'photoshop filter', I’d have thrown this phone out the nearest window for revealing every single blemish on my face. That goes double when you view them on the G5’s crystal-clear screen.

People talk about the 'camera on that new phone', but clearly this review should be about the 'phone attached to the absolutely astounding G5 camera'. It’s enough to make you forget any minor misgivings about the G5 itself. Now back to this camera… 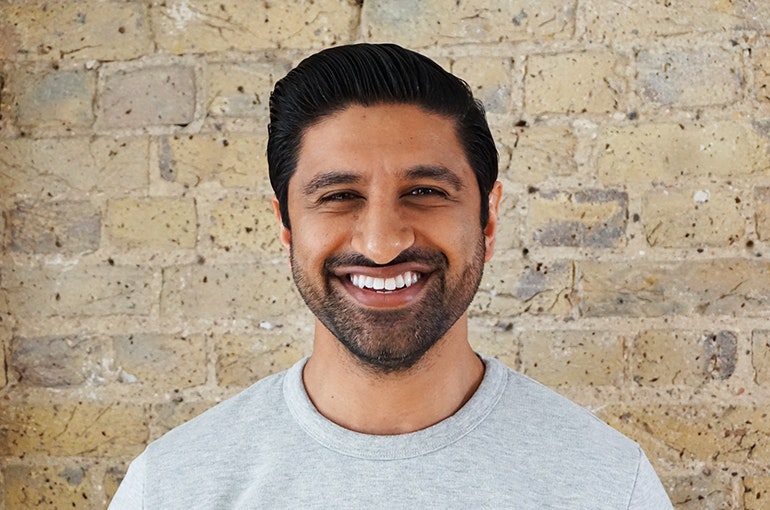 I was lucky enough to get a short demonstration of the G5 over in Barcelona when LG unveiled it at the MWC technology trade show earlier this year.

When I left I had high hopes for this device. Purely because its modular design brought something new to the table. Something to get excited about. Something to really set it apart from its competitors.

It’s fair to say I’m a fairly committed Samsung fan, having owned the S4, S5, S6 Edge and now and S7 Edge. So tempting me away would prove difficult. Did the LG G5 succeed? Unfortunately not this time. But it was close!

While I don’t think I’ll be replacing my S7 Edge any time soon (call it loyalty), I would definitely plump for the LG G5 if I was going to opt for another current-generation Android phone.

The three things I look for in a device are appealing design, a great camera and long battery life. The G5 manages to tick all those boxes.

It feels great in the hand and the ‘infinity pool’ curved effect at the top of the screen really makes the G5 look and feel like a really ‘premium’ handset.

The camera performed well in a range of conditions. And the new wide angle lens was great and really adds another dimension for the snap-happy photography enthusiasts.

The battery, while not as big as the S7 Edge, is removable and can be changed very quickly using the battery cradle add-on.

All in all, I enjoyed using the G5 and I look forward to seeing how it interacts with the Friends range of accessories soon. 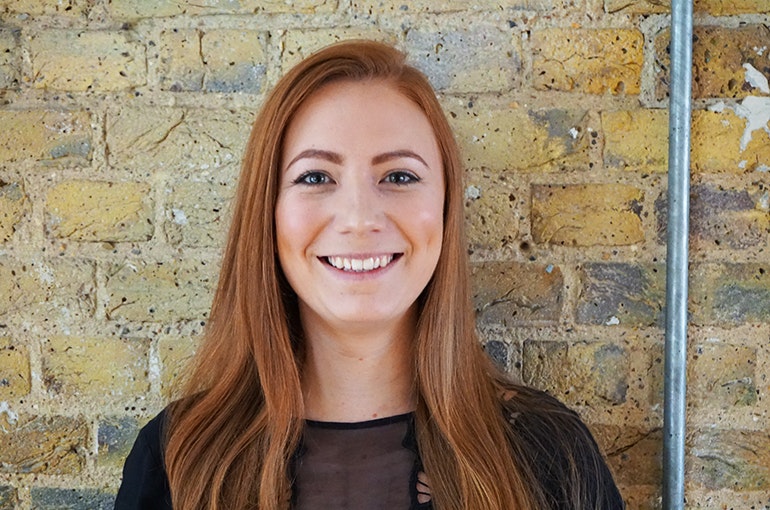 I thought I was pretty committed to my Sony Xperia Z3 Compact, but the G5 may have convinced me to stray from home.

The biggest reason for that is the camera. I loved the wide-angle mode and had a lot of fun playing with it. I’m not particularly a selfie fanatic, but I did think that the pictures taken with the front camera were pretty impressive compared to other phones I’ve used.

One thing you don’t often read about in smartphone reviews is the ‘make-up tranferability’ of a phone. But I was genuinely very impressed that when I ended a call, half my face wasn’t on the screen! I also thought the screen was very smudge-resistant and finger print-free compared to my Sony.

Going from the G5 back to the Sony Xperia Z3 Compact has made me realise how small and weedy my current phone is! I’m definitely now in the market for something a similar size and feel to the G5. It’s very comfy to hold with a really solid, 'premium' construction.

I also had way too much fun with the fingerprint scanner. I know it’s not the first of its kind, but it worked a lot more smoothly than I expected. Having it on the back made it a bit of a hassle to unlock when it’s on a table, though.

The only shortcoming of the G5 compared to my Sony is the battery. Nothing I’ve used can compare to the Z3 Compact for battery length, but the G5 gave it a decent shot! 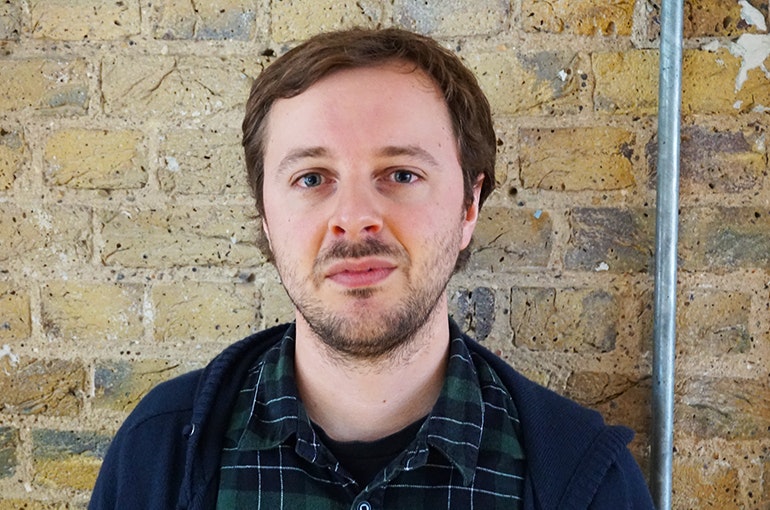 Full disclosure: I haven’t owned a ‘premium’ phone since the Nokia 8800. But I'm currently in the market for one, having become impatient waiting for Microsoft to release the long-rumoured ‘Surface Phone’.

Since I was off to Zurich in Switzerland for a long weekend, I thought that would be a good opportunity to get to know the LG G5 and decide whether it would be my next handset.

One of the first things that impressed me was the screen. Not least the adaptive brightness. This detects levels of sunlight and adjusts your display accordingly and worked better than any other phones I’ve come across with similar technology.

The screen itself is impressive too. Whilst not as vibrant as Samsung’s latest flagships, the colours are probably a bit more natural which is helpful when taking photos.

In the hand the G5 is nice and ergonomic, and has a satisfying solid feeling and real sense of 'heft' about it.

The positioning of the power button and fingerprint reader on the back of the phone was a new one on me and took a bit of getting used to. It works well when you're on the move, but less so when the phone is face up on a surface.

The G5 is a great tool for travellers. While roaming around Zurich I found myself turning to the G5 often for restaurant tips and maps. No matter how much multitasking I threw at it, it never seemed to get bogged down.

It's great for holiday snaps too. Behold some of the results, including a neat wide-angle shot, below: 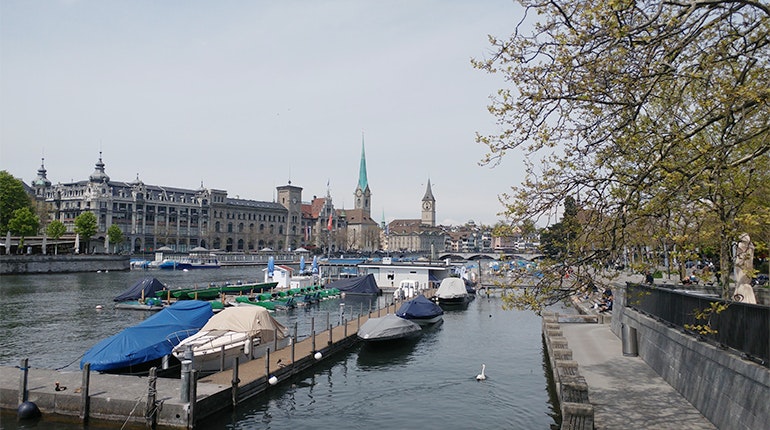 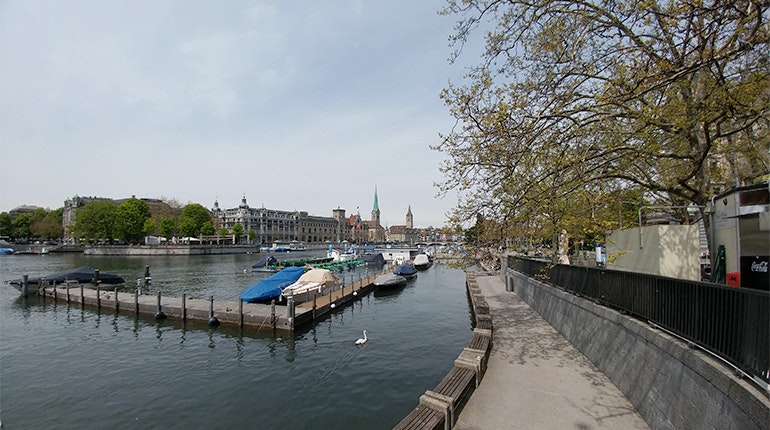 That said after a busy day of exploring, the LG’s battery would be almost out of juice. That's something that surely wasn't helped by the amount of music I also listened to while exploring the city.

LG’s party-trick to counteract that is that you can swap out the battery for a spare. It’s a nice option to have, but I’m not sure if it’s really the answer.

Had I been using the G5’s optional camera module accessory, though, I would have had extra battery capacity. So perhaps that’s the way to go for keen travellers.

So would I recommend the G5? The answer is probably yes, particularly if the ‘Friends’ accessories suit your lifestyle.

If you’ve got the travel bug, I would imagine a G5 with the Cam Plus, Hi-Fi Plus and 360 Camera, and maybe even the drone, would make for a pretty great holiday companion. 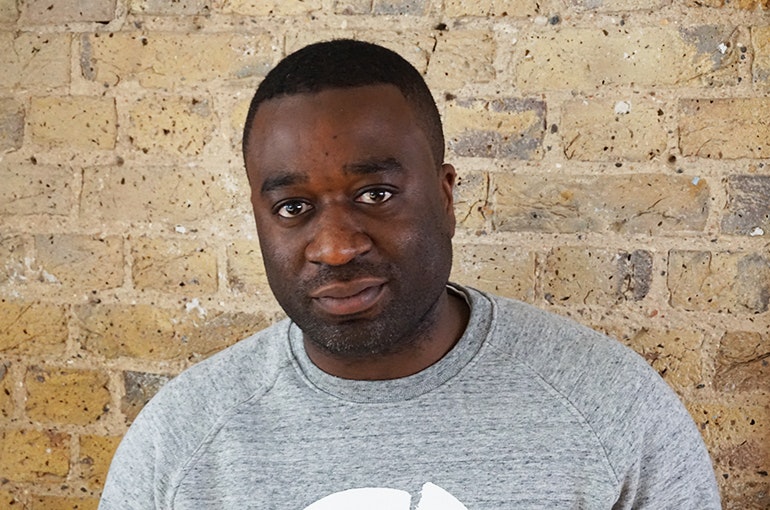 The LG G5 is billed as a fun-filled and playful smartphone with a wealth of modular add-ons. But after a few days use, it strikes me as being really practical above all else.

A keep-it-simple approach to design manifests itself in a minimalist metallic frame, a cleverly placed rear fingerprint sensor and reasonably sized display. All of which is totally at odds with the frills and froth (but also the finish) I’ve come to expect of a flagship effort.

An uncluttered Android interface makes basic navigation easy and means that customising the layout is straightforward too. A touch of novelty comes in the form of a second rear camera that takes decent wide-angle images by smartphone standards.

As an iPhone-owner used to entire features being transformed on a product designer’s whim, the degree of control you're afforded on the G5 thanks to Android is a breath of fresh air. You can really have your phone, your way.

Niggles aside - a battery not quite able to withstand marathon Spotify and gaming sessions on the daily commute and a screen less sensitive to pokes and swipes than I’m used to - the LG G5 turns out to be a rather dependable workhorse.

All in all, the LG G5 is a sleek flagship smartphone that performs admirably, but lacks that spark of frivolity that makes a mobile truly fun to use.