Nokia 7 Plus review: cut-price phone with a lot to recommend it 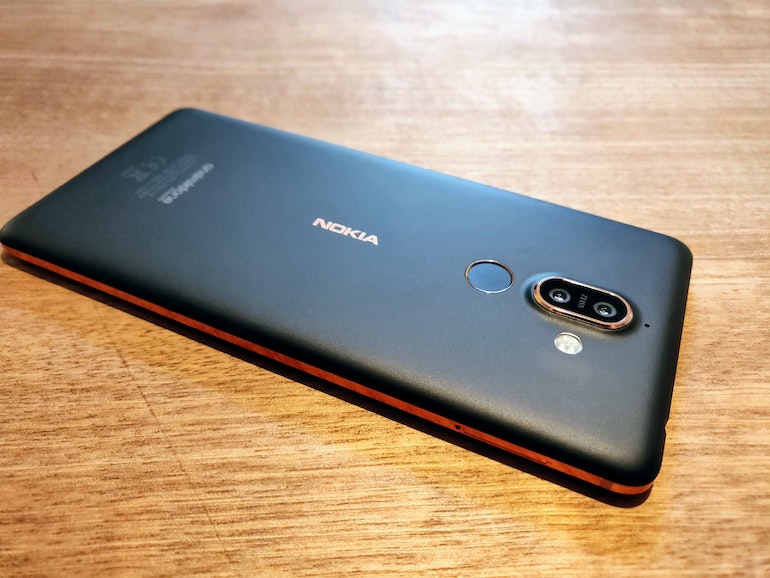 The Nokia 7 Plus looks and feels 'premium'. We're very taken with the copper-pink trim around the edges of the matte black body, which makes this phone really stand out in a sea of identikit, dark smartphones.

The subtly curved screen gives the handset an elegant-yet-solid look.

The body is made of matte aluminium, with the upshot that unlike the many glass-backed phones we’ve seen lately, it won’t get covered in fingerprint smudges.

Even with the transparent case included in the box, the Nokia 7 Plus is a phone I’m happy to be seen with.

The design is well thought-out and everything is where it should be: the volume rocker and power button can be found next to each other on the right of the phone. The audio jack is at the top and the super convenient reversible USB-C is at the bottom.

The fingerprint reader is at the back, sensibly placed below the camera lens. So you’re unlikely to get the two confused when unlocking your phone.

Manufacturers have been experimenting with the optimum location for fingerprint scanners of late. But so far, there doesn’t seem to be a consensus on best positioning.

However, when it comes to phones with a 6-inch screen or larger, we'd posit that the back is probably the best place. Not least because it allows you to easily unlock your phone with one hand with no risk of dropping it.

The Nokia 7 Plus is undoubtedly a hefty device, and if you’re used to slim phones that come in at between 5-inches to 5.5-inches, it may feel bulky. 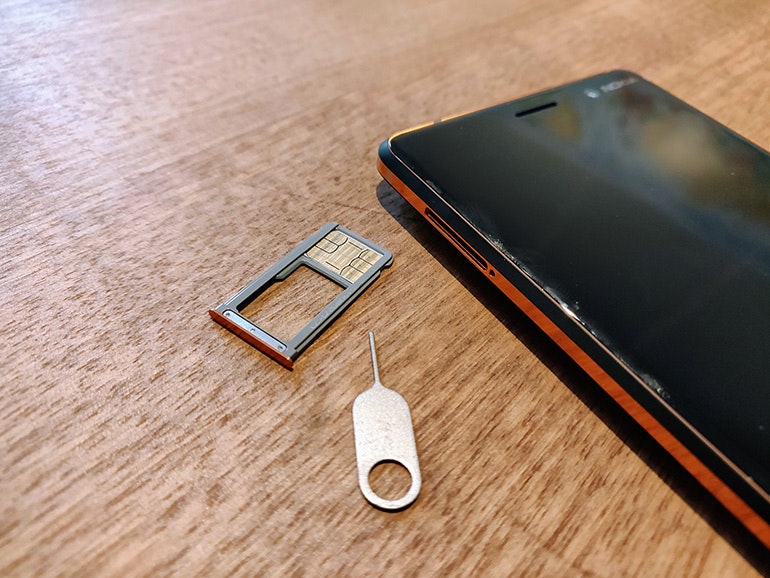 Still, if you want a phone with a big screen, you’ll be hard-pressed to find anything slimmer or lighter at any price range.

The SIM drawer is indicative of the excellent build quality of this device. In fact, it’s the sturdiest I’ve ever used and it closes with a satisfying click.

The Nokia 7 Plus has no water resistance certification of any kind. So even though you shouldn’t worry about a few raindrops, I'd recommend you keep it well away from your bathroom on washdays. 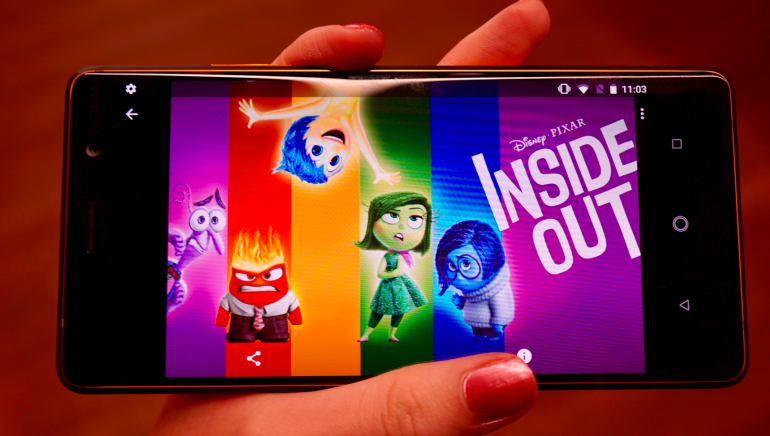 The screen might feel like a bit of a let down if you’re used to bright AMOLED displays.

It uses IPS LCD technology that’s cheaper to produce and generally not as bright. And it's fair to say that you do notice the difference when you use your phone in the sun.

In terms of colour reproduction, the black rendered on an IPS screen look duller compared to the “true black” that can be seen on AMOLED screens, which feels a lot deeper and provides a better experience when watching dark scenes.

But on the other hand, colours on the Nokia 7 Plus are generally more natural.

The IPS screen on the Nokia 7 Plus is acceptable in most conditions but I struggled when using it outside on a sunny day, where I had to crank up the brightness to the max in order to make it usable.

While this may not be a major issue for some, it can lead to some frustration if you plan to use your phone outdoors. Especially if you live in a sunny climate.

Luckily we’re in Britain. So it’s only likely to affect us on the very rare days when we actually get some sunshine.

The screen is made from Corning Gorilla Glass 3, which is not as durable as the one found on premium phones like the Samsung Galaxy S9 or even the OnePlus 6. 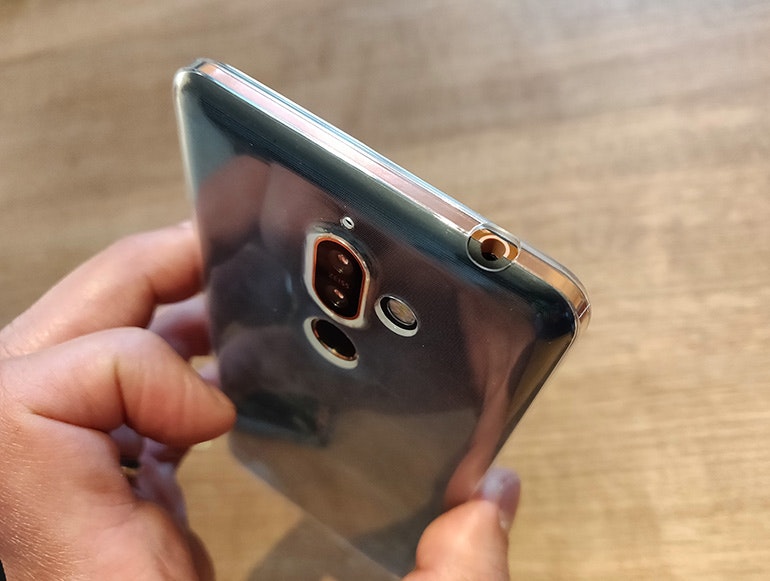 Still, it’s in-line with other phones in this price range and offers good protection against scratches and accidental knocks.

The sound from the built-in speaker was surprisingly good and did a decent job of filling the background with smooth jazz while I was writing up this review.

And crucially, I love the fact that the headphone jack is still present and perfectly placed at the top-left of the device.

From such a well-designed smartphone, I was expecting something more impressive in the camera department.

Unfortunately, the camera is usually the area where mid-range phones tend to show their limits and the Nokia 7 Plus is no exception.

The camera suffers from mediocre dynamic range and fuzziness in low-light, which is to be expected at this price range.

That said, the soft background “portrait” mode was a real surprise as results are pretty good.

There’s hardly any artificial fuzziness around the subject and the background softness never looks overdone.

But it requires conditions to be just right. So forget being able to just point and shoot and expect to be forced to perform what amounts to a little dance when you respond to various alerts like “too near”, “too dark” or “too far”. 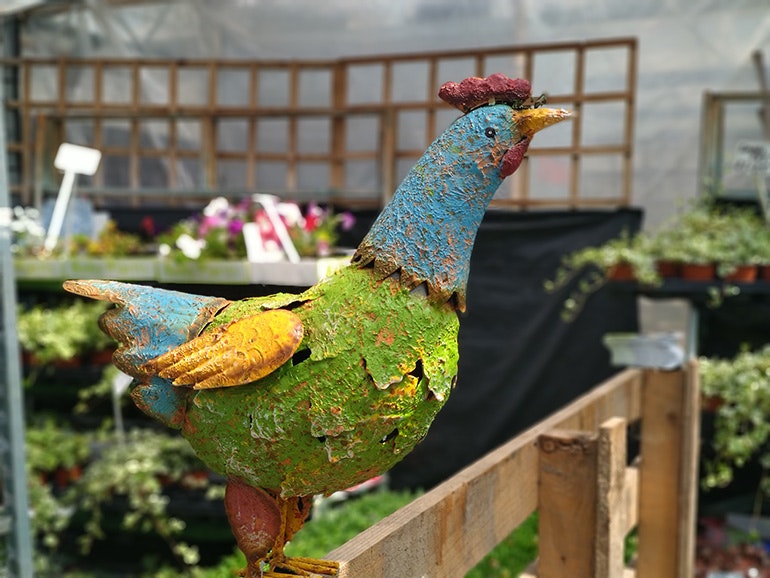 Impressive implementation of the soft background. It’s just a shame it’s so hard to use

The interface, meanwhile, is probably one of the worst aspects of this camera. The result is that it makes it unnecessarily difficult to use with at times, due to some baffling UI decisions.

There’s no shortcut to open the bokeh portrait mode, for instance. And there’s no clear, permanent indication on how to access video recording mode, either.

But that's not all. It's not obvious how to record a video (I eventually discovered you need to swipe left). And that arrow next to the zoom button? I've still got no idea what it’s for.

Given that many of the more expensive phones are shipping with optical zoom, the 2x Optical Zoom is a welcome feature on a handset at this price.

I was expecting it to make the Nokia 7 Plus stand out of the crowded mid-range market. But it doesn’t, I’m afraid.

The zoom works well enough but without optical image stabilisation any zoomed picture will suffer for motion blur.

So unless you have a steady hand, rest the phone on a solid surface and possibly hold your breath when taking a picture.

Not everything's bad about the camera, though. When conditions are right, colours are quite vivid while being true to life. And the level of detail when subjects are in the right amount of light is impressive, too. 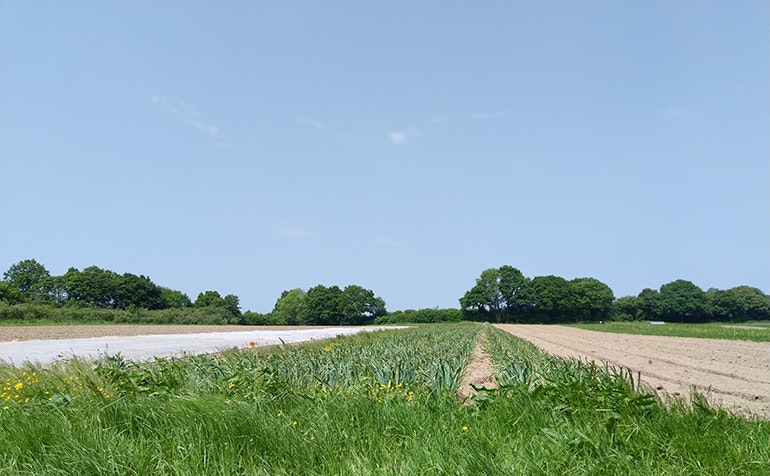 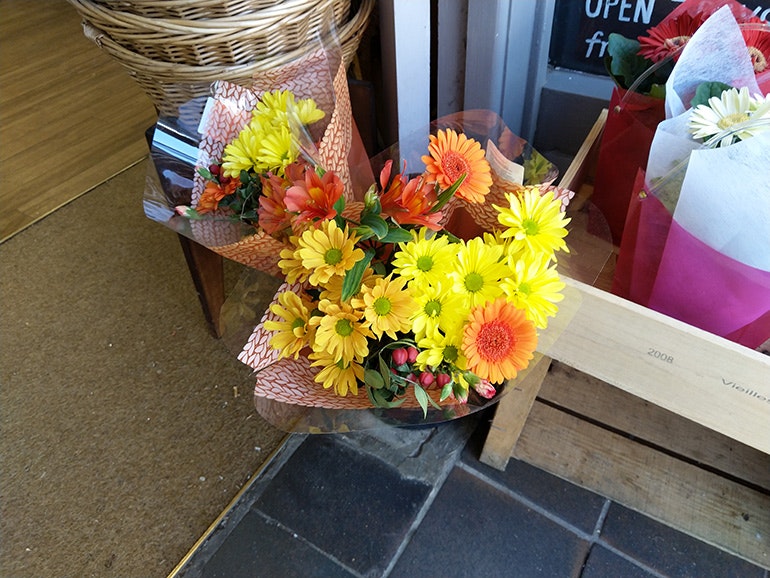 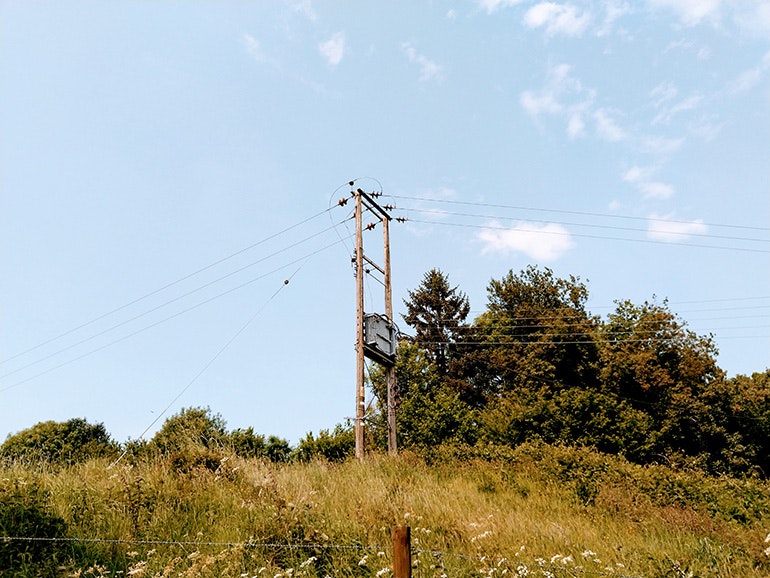 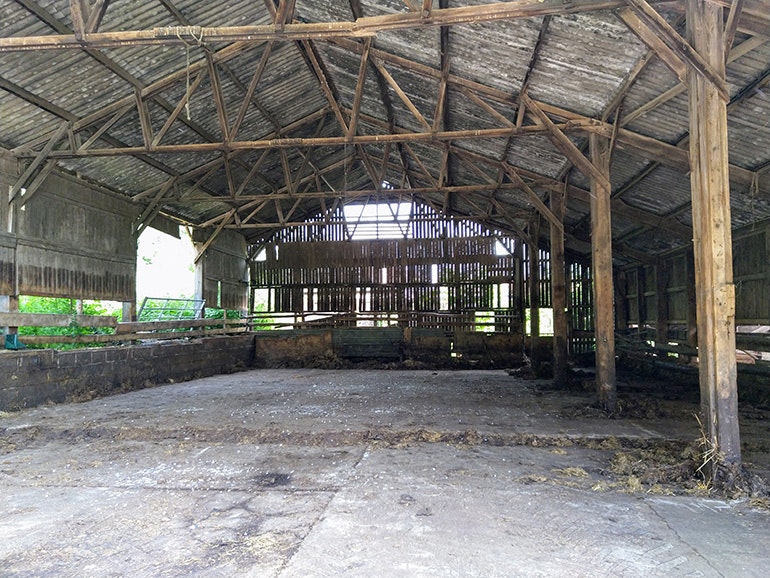 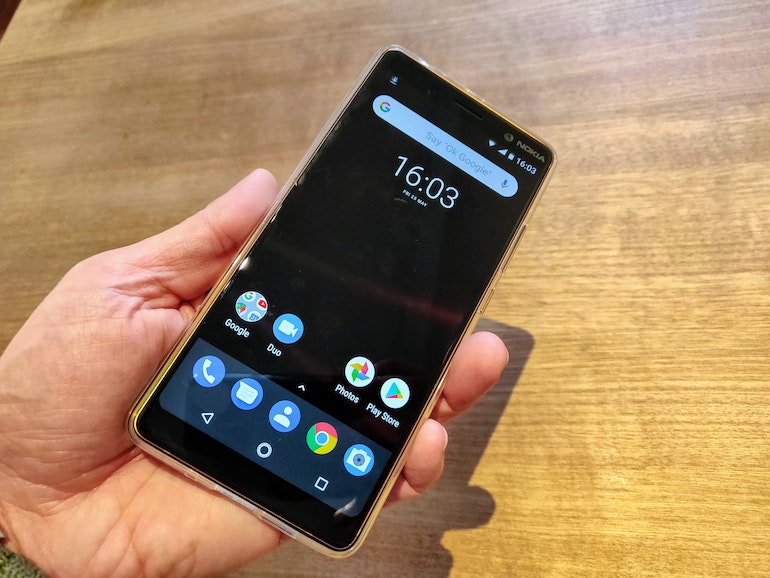 The Nokia 7 Plus comes with Android One, which offers a vanilla Android experience that does away with Nokia's apps and relies on Google’s own applications for all the essential tasks you may expect to carry out with your smartphone.

All Google apps from Gmail to Photos are pre-loaded and the new Google AI assistant is also ready when you first set up the phone.

This means no bloatware or redundant app store. In their stead you get a consistent experience and an operating system that you can be sure will be updated promptly.

Having such clean software means that the Nokia 7 Plus doesn’t need top specs to perform speedily and the phone manages to feel responsive and shows no lag in everyday use.

The only exception I found was when a background process was in progress. For example, downloading a large game.

The Nokia 7 Plus comes with 64GB that can be expanded by installing an additional 256GB on the second SIM card slot.

This together with the well-integrated Google Cloud services means that as long as you don’t overdo with the installed apps, storage space is unlikely to ever be a problem.

With a monster 3800mAh battery (the Galaxy S9+ by comparison, packs a 3500mAh), I had high expectations for the Nokia 7 Plus.

And I wasn’t disappointed: 24 hours after a full charge there was still 25% of juice left. But after I plugged it in for 10 minutes, the fast charge mode took it back up to 40%.

That was enough to take me to the end of the day without worries, despite a couple of gaming sessions and plenty of YouTube watching. 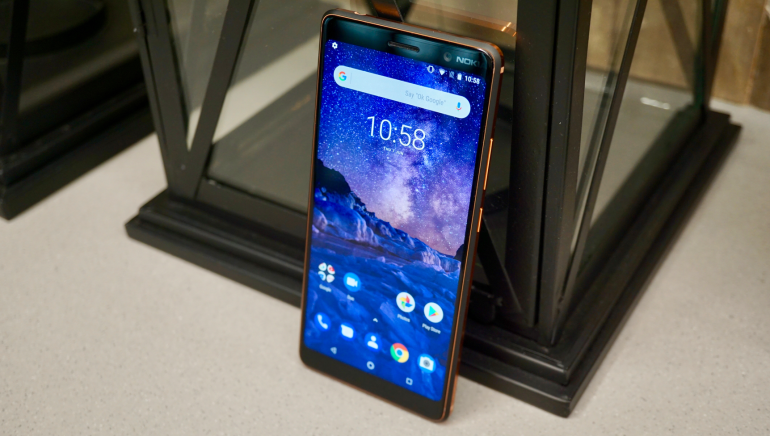 The Nokia 7 Plus adds to the ever-widening number of mid-price phones competing for your cash.

Ons of its direct competitors, the similarly sized Motorola G6 Plus, doesn’t have the same 'premium' feel and loses out to the Nokia 7 Plus when it comes to both performance and battery life. justifying the Nokia’s higher price tag.

Despite its excellent design, the dim screen and so-so camera are a stark reminder that this is not a premium phone

Despite its limitation, though, the Nokia 7 Plus remains a good buy if you’re looking for a reliable workhorse with a large screen and good battery life in a well-designed package.