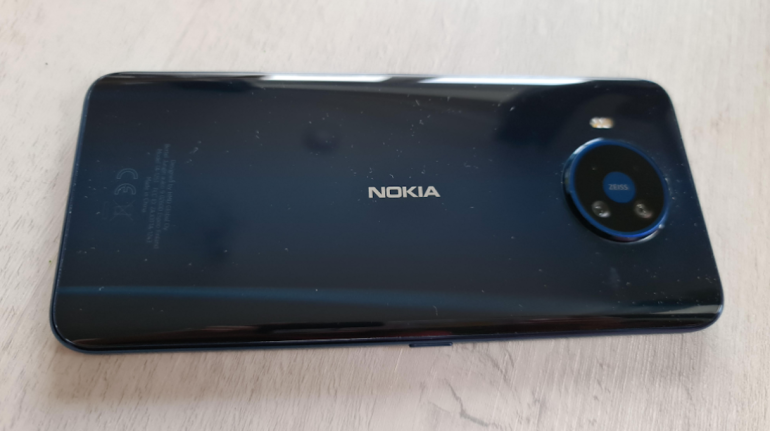 The Nokia 8.3 has a sleek eye-catching style. Our turquoise version really stood out as it caught the light.

Similar to the Mate 40 Pro, the phone has a circular camera design at the centre of the body’s top half. It’s a little smaller than the Huawei flagship and is more compact.

It may not be the first device to follow this sort of design concept, but it’s still pleasing to see. Fingerprints are visible on the back of the phone, but they do not detract from the phone’s beauty too much.

Fans of the 3.5mm audio jack will be pleased to know that Nokia has elected to include one at the bottom of the handset.

After turning the phone over we get our first look at the sizeable 6.8 inch screen. The LCD display houses the front facing selfie cam.

Much like the similarly sized Galaxy S20 Ultra, Nokia has gone with the hole punch approach. When the hole punch first debuted, it may have seemed odd to some. But these days, it’s the minimalist, unobtrusive, and frankly obvious way to go.

Unlike the Galaxy’s centralised approach, the 8.3 has instead tucked its camera on the top left. The power button, which doubles as a fingerprint scanner, sits below the volume rocker on the right-hand side.

The scanner is even less pronounced than the other buttons, making it easy to miss it on occasion. This is by no means the worst phone for hidden buttons, but it’s still a little irksome.

Google Assistant meanwhile, can be accessed via a specific button on the left-hand side. This is a useful tool to quickly gain access to the most well-rounded and effective assistant on the market.

Nokia’s smart bright design is a definite winner. It may not be a flagship, but you’ll definitely have onlookers fooled. 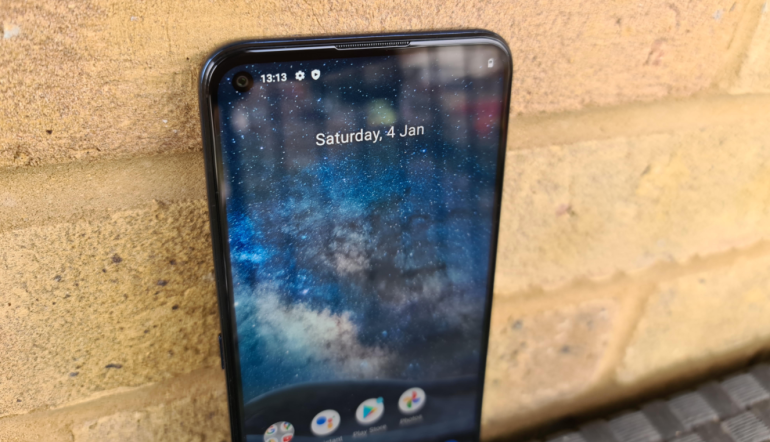 It’s safe to say the Nokia 8.3 is a big boy. The LCD screen is 6.8 inches. Definitely one for those who think bigger is better. The screen looks good running at 1080 x 2400. While there is no option to change the resolution, you shouldn’t need to.

The display looks nice and will be more than adequate for everything from watching movies, surfing the web, to checking emails. There are higher tech screens than the LCD display, but it wasn’t long ago you’d find these on the iPhone.

Unless you have specific needs to think about, the most important metric is the eye test. And the Nokia 8.3 passes just fine.

If you’ve done some prior research, you might have seen in some places that the handset comes equipped with a 120 Hz screen refresh rate. This unfortunately is not the case. Instead you’ll be greeted by a perfectly serviceable, but nevertheless inferior 60 Hz.

The in-vogue 120 Hz refresh rate setting allows things to look smooth as you browse and scroll through menus.

The fact that it is only 60 Hz is a little bit disappointing because, with some shopping around, you will find stronger competitors at a similar or cheaper price. 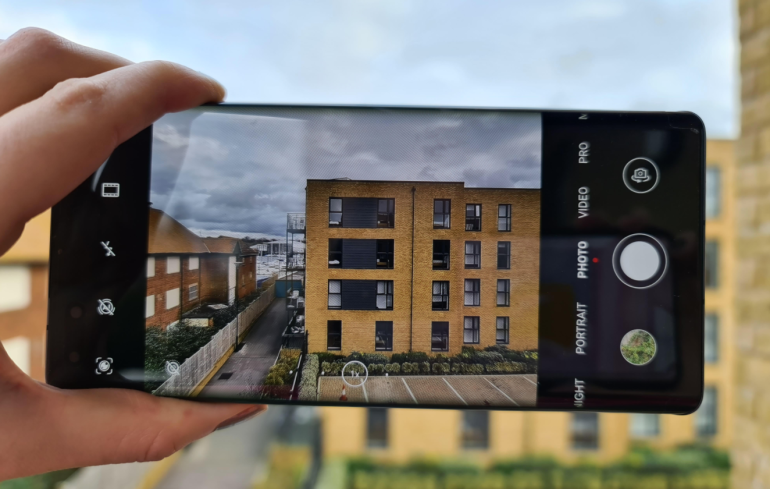 The camera offering is a surprisingly strong one. On board you’ll find a 64MP wide lens and a 12MP ultra wide lens. The phone also contains a 2MP depth and macro offering. And around the front, the hole punch houses a 24MP selfie shooter. 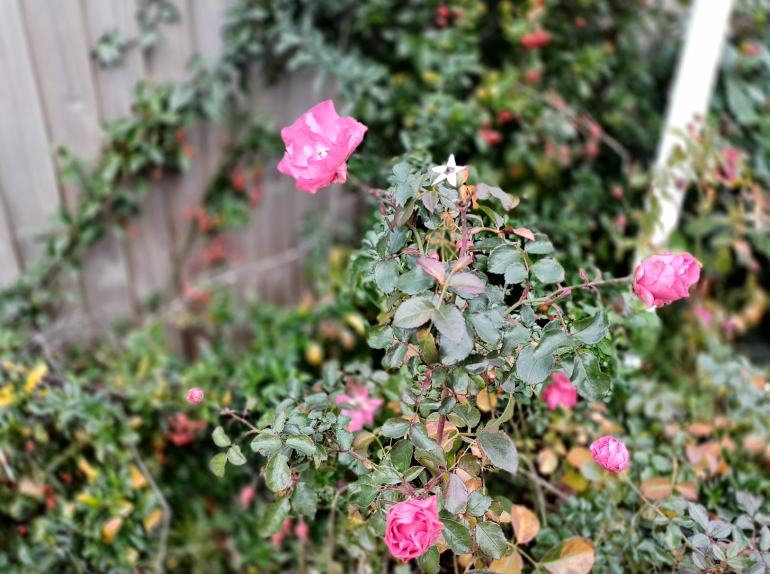 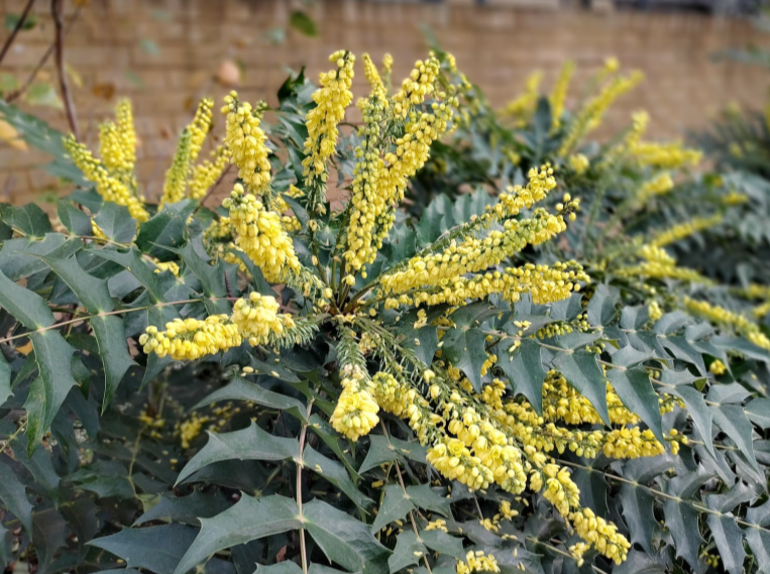 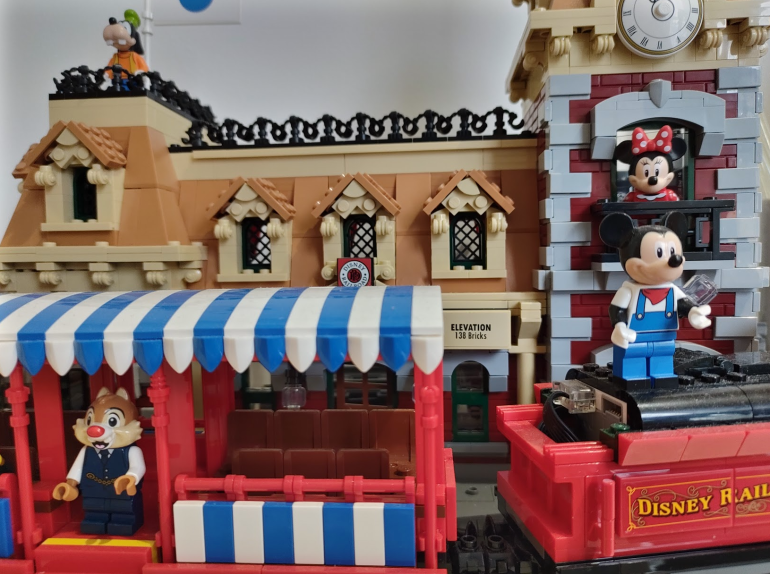 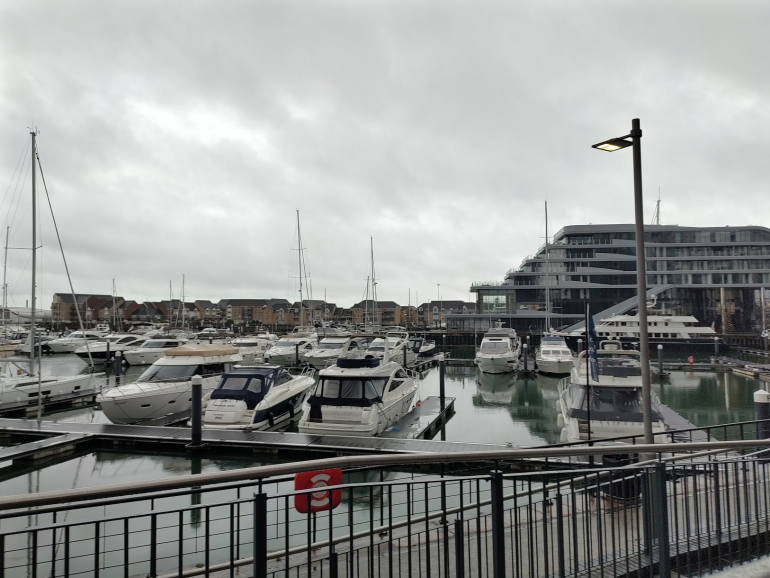 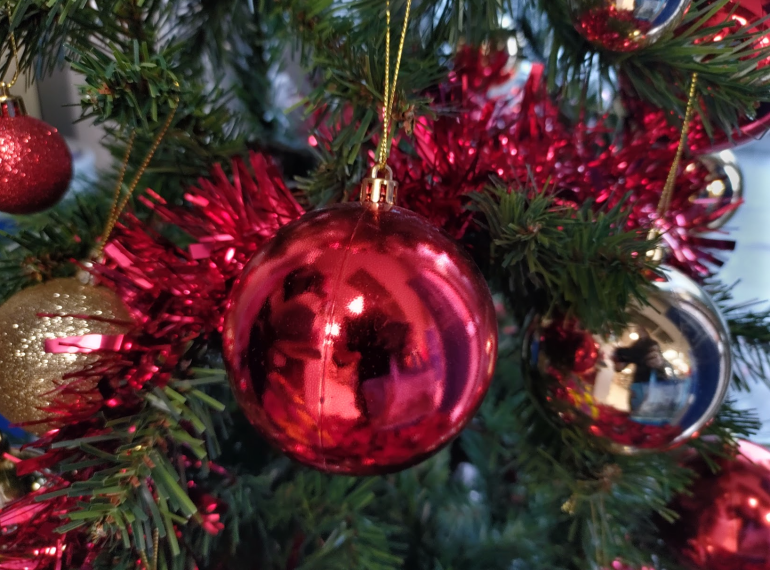 Like the Sony Xperia 5 II before it the Nokia has worked with Zeiss on its cameras. Fortunately, the 8.3’s Pro Mode is nowhere near as daunting as Sony’s Pro app.

Within the all in one camera app you can alter shutter speed, alter exposure, and adjust the focus. It may not be as in-depth as the Xperia, but it will prove useful for those who want that extra control.

When we took snaps in the standard photo mode we received good results. It captured the scene accurately. Selfie shots look good as did general shots of the room. Both looked clean and natural, with no obvious hiccups. 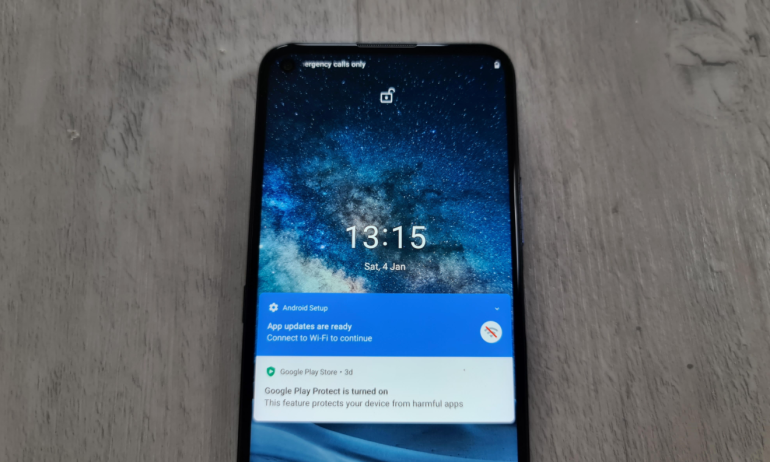 The handset comes equipped with a fingerprint scanner as well as face unlock. The former is adequate with a straightforward setup process. As noted previously, it’s often difficult to find the button instantly and the scanner does not always respond instantly. Sometimes you’ll need to get your finger just right other times, pressing in will do the job.

Face unlock is also easy to set up and can hold its own. The system isn’t the quickest, and you’ll have to position your face in the right spot but it manages. This is nothing to be too concerned about, as high-end devices like the iPhone have an even more niggly system.

During our time with the Nokia, we found that it ran well with no significant issues. As you boot up the operating system you’ll find that most things are neatly tucked away in various app drawers.

The device has 6GB of RAM and 64GB of memory to store your favourite things. As the phone operates on the Android One programme you won’t be surprised to see that there are plenty of Google applications pre-installed.

The 8.3 comes equipped with a 4500 mAh battery. This should get you through the average workday without too much trouble. Nokia claims that the battery can last “for up to 2 days”. Keep in mind that this is only under certain circumstances.

If you’re planning on some heavy internet or streaming use, then a charger might be in order.

We ran the battery down from 100% with a day of streaming. The 8.3 lasted roughly five hours before conking out.

This is far from best in class, but it’s not the end of the world. After all, it’s not every day you spend five hours straight streaming on your mobile. If you do plan to make a long trip be sure to have your charger at the ready. 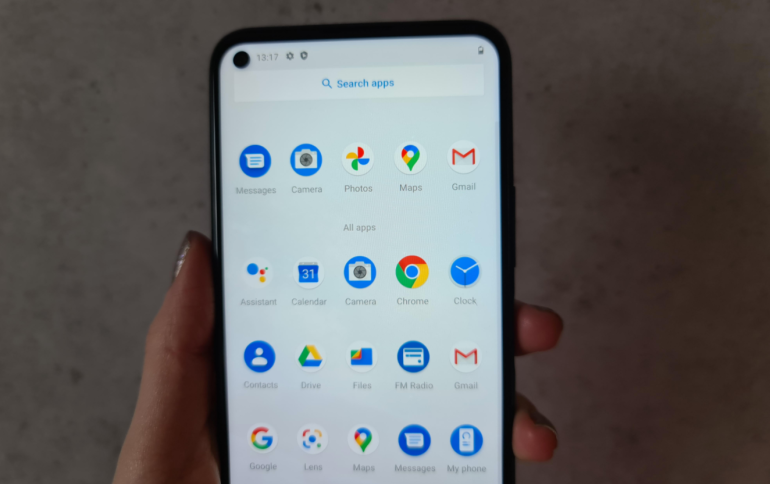 Is the Nokia 8.3 good for people with a visual impairment?

With the basic form of Android comes the usual suspects.

Select to Speak allows things like internet articles to be read aloud. When activated, it provides a simple play/stop interface which can be expanded to backwards and forwards.

If you need all of the text displayed on Screen Read, activate the feature and then press Play. If you would like a specific paragraph to be read to you, bring up the interface and then tap anywhere in the paragraph.

You can also use a finger to create a box which will read the text displayed in the field. Simply bring up the controls and then drag your finger where you would like the box to form.

We recommend switching the phone’s setup from Gesture Control to the Three Button option. This places Home, Tabs and Back buttons at the bottom of the screen.

When this change is enabled, it also provides an Assistant icon on the same interface. Press the Assistant Man and it will bring up any enabled accessibility features.

This approach should favour those people without strong motor control as they can just press a button as opposed to performing multi-finger gestures. You can make the switch to a three-button control within the phone settings.

If all you need is articles or texts read aloud, Select to Speak is a much better option than using TalkBack. TalkBack does what the name suggests. When enabled, it can speak back almost everything currently on the screen, as a person taps on it.

When switched on, it changes how a person uses their phone. For example, to activate an app you must double tap. And to pull down the options bar, a two-finger gesture is needed.

Magnification, meanwhile, has two options. The user can either choose to activate with the assistant icon at the bottom of the screen or choose to triple tap on and off. We would recommend the latter choice as it makes it pretty easy to get in and out with minimal fuss.

If you want to move around while the screen is magnified, simply bring two fingers together. Just be careful not to accidentally tap on any apps.

Is the Nokia 8.3 good for people with hearing loss?

The Nokia 8.3 does have Hearing aid support on board, although you won’t initially find it listed in Accessibility. Instead, you’ll have to head to Connected devices and pair the hearing aid with the phone.

Live Transcribe meanwhile, looks to be a strong option to help people with hearing loss stay in the conversation. When engaged, a person speaks and their words appear on screen.

It appears to be pretty accurate, and only really struggled when given a name that’s difficult to recognise. We tried it out using the name of Saints FC manager, Ralph Hasenhüttl and didn’t get anything close to a correct response.

It ‘s important to note that we tested the feature in a quiet environment. As you use it in noisy places, the accuracy rate is likely to drop.

Within the Live Transcribe settings, you can choose to alter the font size as well as trigger a vibration when specific names are mentioned. Sadly, the similarly titled Live Caption is not available.

The feature, available on the latest Samsung S series and Pixel lineup, transcribes from scratch most video media. It does not require a subtitle track to have been installed on the in-use app.

This means that a person could follow everything from a Nebula documentary, to a Twitter video, to the advert before their favourite content. This is one of the best accessibility offerings we’ve seen which can help more people stay in the loop. It’s a shame it hasn’t made it to more phones so far.

Is the Nokia 8.3 good for people with a physical disability?

If this is your first big-screen phone then it’s going to be a heavy introduction. The Nokia 8.3 weighs 220g. That puts it in the same ballpark as the Samsung S20 Ultra.

Because of the screen size and weight this may be tricky for those needing to use it one-handed. It may also prove difficult for those who do not have strong motor control.

In terms of the on-board options, it’s pleasing to see that the likes of Accessibility menu and Switch Access are present. The latter allows for specialist buttons called switches to be connected to the phone and perform certain actions like scrolling through menus. The buttons can either be paired via Bluetooth or connected by USB.

This is a more basic version compared to certain phones who claim to be able to respond to body movements to perform actions. This will still prove useful to many though.

For its part, the Accessibility menu offers one tap options for things that would usually be triggered by physical buttons or more complicated gestures. The menu allows you to do things like adjust the brightness, take screenshots, access the power off options, or the notifications bar.

This is a great option to help those people who would normally face physical barriers to better experience their handset. 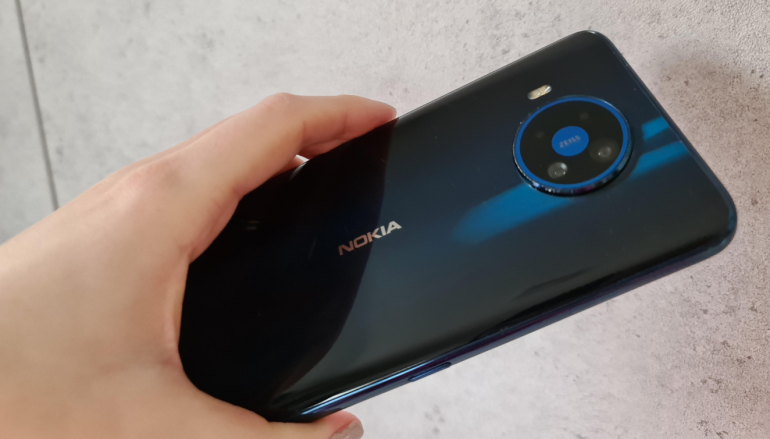 Depending on what you’re looking for the Nokia 8.3 might come up a bit short. For example, the phone’s LCD display and 60 Hz refresh rate is far from the best on the market. But keep in mind that unless you’re willing to pay flagship prices there will be some give-and-take on certain areas of the spec sheet.

It ultimately boils down to what you choose to prioritise. The camera has a strong megapixel offering, and the rest of the package is respectable. It’s pretty good value for the price. 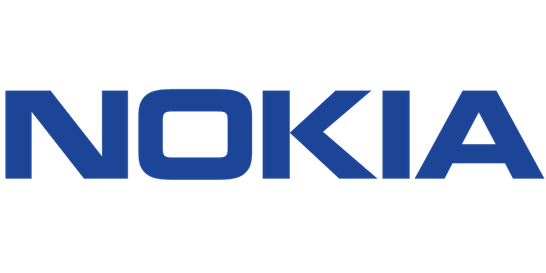