Luigi Palazzolo - 01 May 2019
Comment
Share
Tweet
We put Nokia's finest to the test to find out if the five lenses make this a five-star camera.
In partnership with

The PureView name might ring a bell for some of you. The branding was originally found in some of the best Lumia phones of the past. The PureView branding on the Lumia 920 and the like represented remarkable camera smarts that outperformed almost all of its competitors.

And so with the revival of the name with the Nokia 9 PureView, it’s no surprise that HMD Global has placed the camera as the main focus of its latest high-end handset.

So what’s special about this remarkable multi-camera phone?

Two of the cameras are colour, or RGB, which stands for Red/Green/Blue in technical terms. The other three are monochrome.

If you take a picture with the Nokia 9 PureView, all five cameras will take a shot at the same time, each with slightly different exposure and focus settings. The AI software will then combine the shot to produce images with a very high level of detail.

While the majority of multi-lensed smartphones achieve a higher dynamic range by taking multiple exposures with the same lens and then combine them, the Nokia 9 PureView takes this a lot further; using the same principle but with five cameras, all at the same time.

Processing this vast amount of data takes considerable power. So it’s no surprise that HMD Global has equipped the Nokia 9 PureView with a capable processing unit. The Snapdragon 845 isn’t exactly considered new in the fast-paced mobile technology world, but it still works wonders. If you need further proof, it’s the same processor found in last year’s super speedy Samsung flagship, the Galaxy S9 Plus.

Want to know more about Nokia's handset? Have a look at our Nokia 9 PureView review.

You’ll have no trouble getting to grips with the camera interface. The camera can be launched via the home screen icons. Or, when the screen is locked, by swiping away from the icon always located on the bottom right.

Alternatively, you can double click the power button. This will also trigger a short vibration to acknowledge the action, which is useful if you open it accidentally.

Like many features of the Android One operating system, the more you use it, the more fluid and better it becomes. It does this by learning your behaviour patterns and allocating resources so that frequently used apps are readily available when you need them. This means,the more you use the camera app, the quicker it’ll load.

The camera app interface itself will appear familiar to almost any Android user. Different shooting modes, like Panorama, Bokeh and Monochrome photo can be accessed by swiping in the preview area. Occasionally, you might notice a slight delay when flicking between them but conveniently, their positions can be customised in the camera settings.

So if you happen to use Bokeh mode a lot more often than Monochrome, you can place next to the Standard Mode making it only one swipe away.

A standard, easy-to-use camera interface that won’t be a surprise to many Android users. Big button in the middle, selfie toggle on the left and shortcut to the gallery on the right.

Other settings are located on the opposite side (or the top of the phone if you’re holding it upright) and they will change according to the photography (or video) mode you’re in.

There you’ll find commonly used settings such as auto flash. But there are also extras, like “Beautify”, which will make you look bright-eyed and bushy-tailed, even when you’re feeling worse for wear.

With five cameras working together, I had high expectations for the dynamic range the Nokia 9 PureView could deliver. Dynamic range can easily be put to the test with scenes that include both very bright areas and sharp shadows. 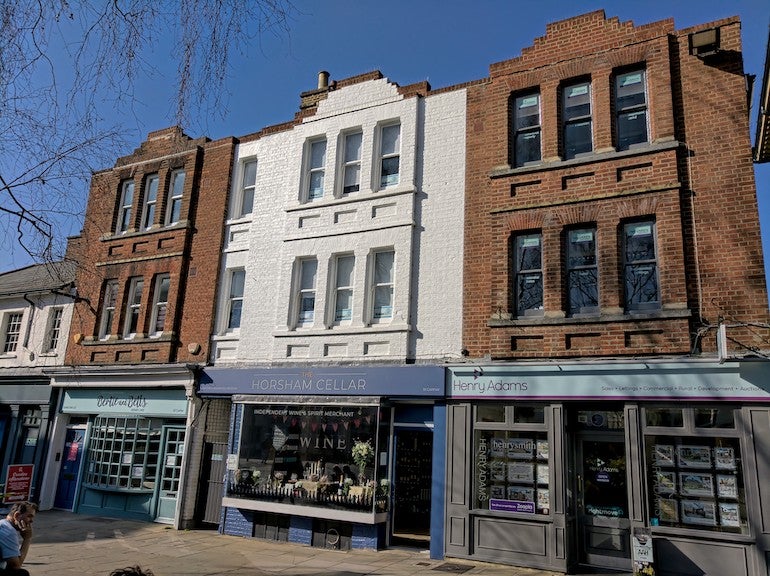 A deep blue sky and some still discernible detail in the shop window. 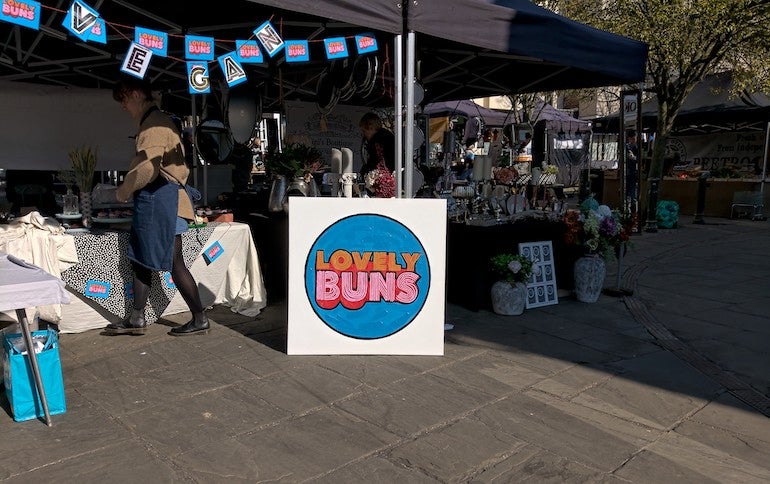 Let’s try to stretch the dynamic range a little bit more. Lovely, well-defined colours in the sun but at the expense of some rather gloomy shade. 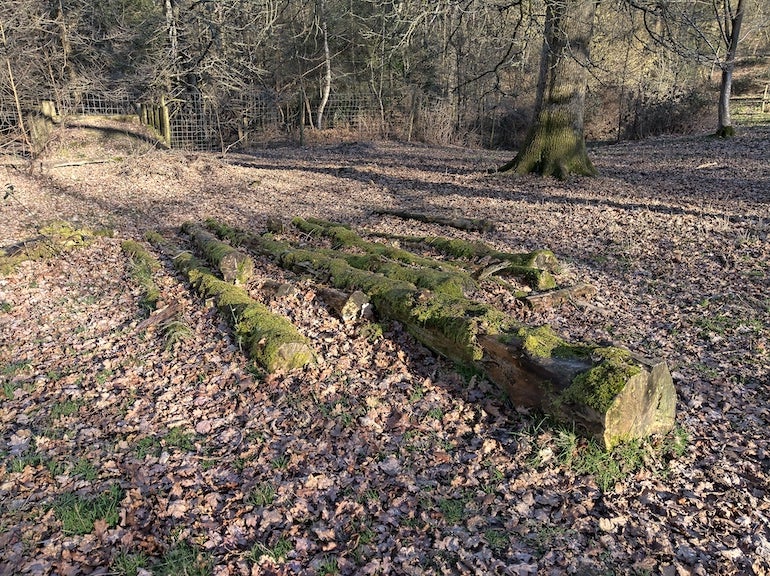 Colours are realistic but photos taken in full sun can benefit from a bit of editing to improve saturation.

At this price point, you’ll be hard pressed to find anything capable of delivering this level of detail.

Before becoming the biggest selling point of phone cameras, the word “Bokeh” was a photography term you would struggle to use in everyday conversation. Sometimes also referred to as Portrait Mode or Live Focus, it artfully blurs the background of an image while bringing the subject of the photo into sharp focus.

It’s one of the most fascinating areas of innovation in phone camera technology, with most mobile manufacturers trying to outdo each other by introducing creative ways to simulate the results of a full-sized professional camera.

The ability to control the level of bokeh is useful if you’re unsure how much blur you want. Naturally, it requires the phone store a vast amount of data about the scene you’ve captured.

When Depth mode is enabled, the Nokia 9 PureView stores 1,200 layers of depth data and the resulting image takes up, on average, two or three times the amount of storage of a regular image. They also require heavy processing by the AI software as it combines all the shots taken by five different cameras and makes a decision on how to achieve the desired result. 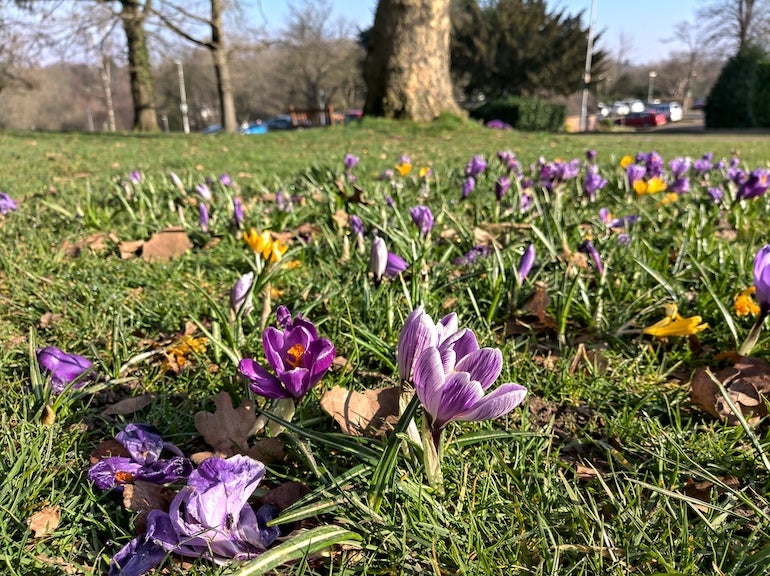 The quality of the blur is impressive. Rather than a harsh outline around the object in the foreground, it gets gradually stronger the further away the background is from the camera. 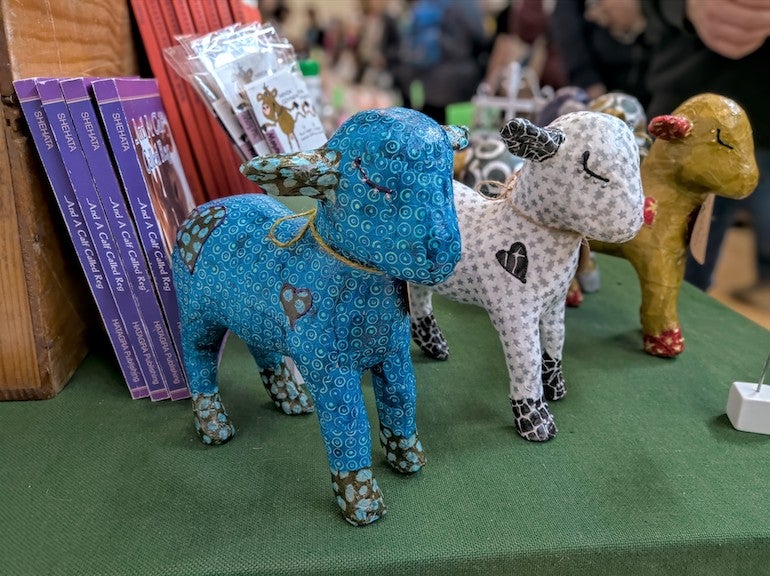 The best results can be obtained with diffused light. Great level of detail on the surface of the figurines but also the tablecloth texture. 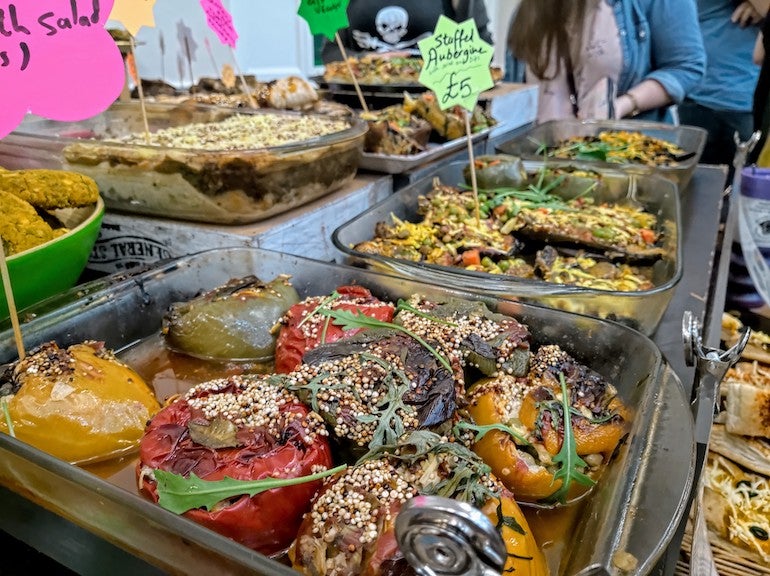 The gradual blur is more visible in this other close up. Colour are usually more realistic in an evenly lit scene. 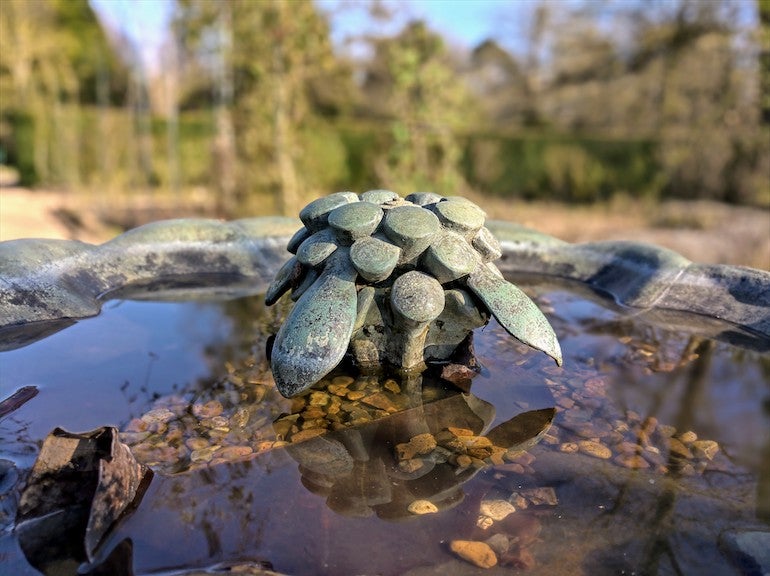 Stunning detail and realistic colour. Even the blue of the sky is reproduced well in the reflection. 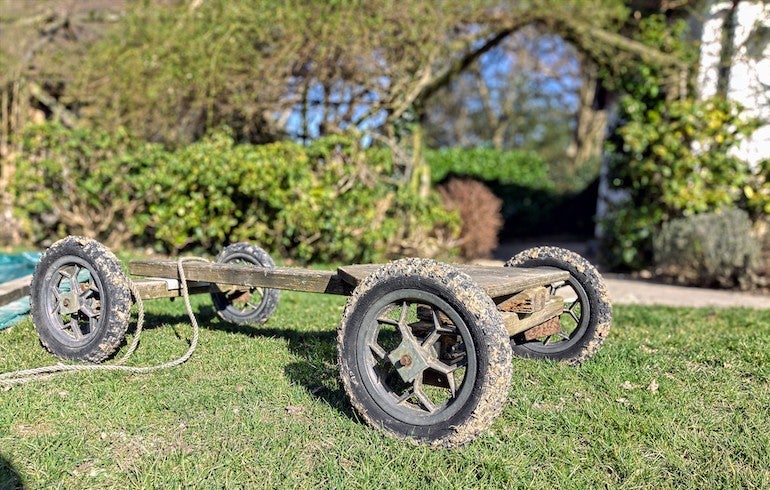 Another beautiful shot in full sun. There is a bright patch on the top right but it’s a good trade-off given the deep blue sky that is visible behind the trees. The background blur is one of the best we’ve seen on a smartphone.

All images shot with Depth mode can be edited afterwards directly from Google Photos. The sliders not only allow you to control the level of focus of both background and foreground, but you can also control the focus on an object or area within the picture based simply by tapping on it.

If you decide to delete them to save space and take advantage of the vast cloud storage offered by Google, the background blur will be frozen to the last editing. 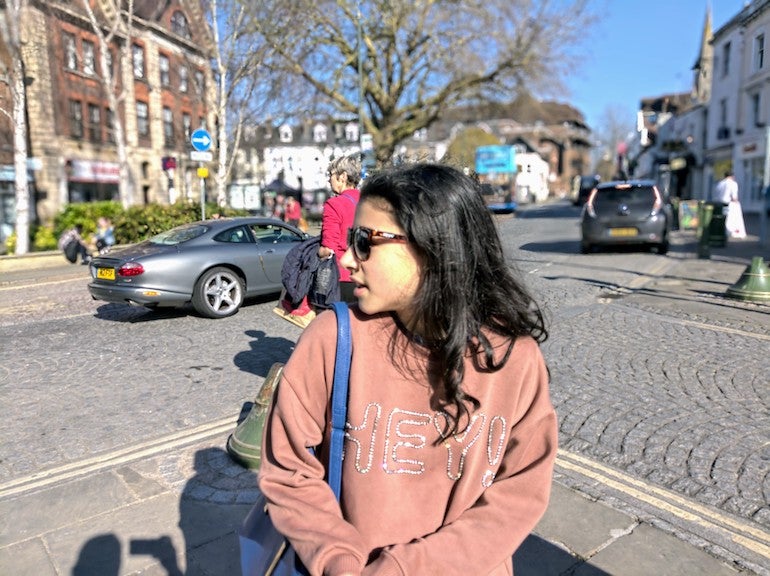 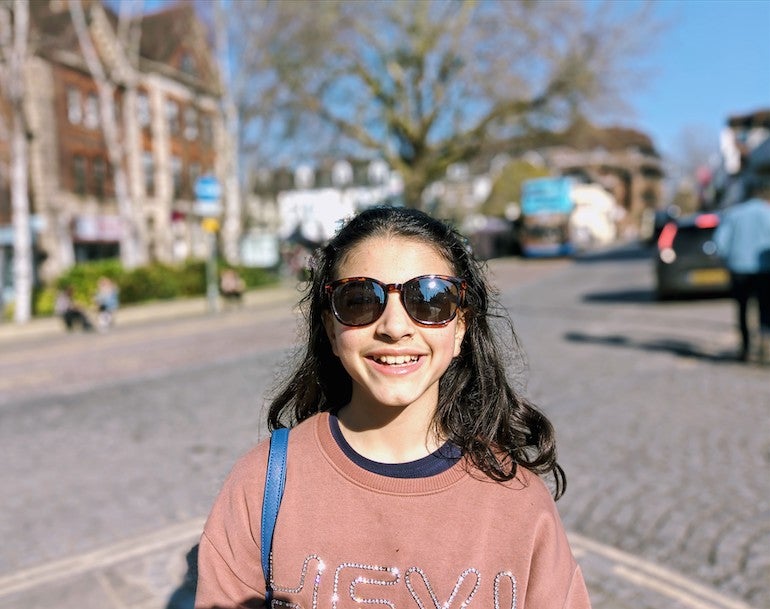 Although most camera phones suffer from oversaturation, it’s not a problem in the Nokia 9 PureView, due to the post-processing that happens after the picture is taken. What you see in the preview screen is never as good as the final result. 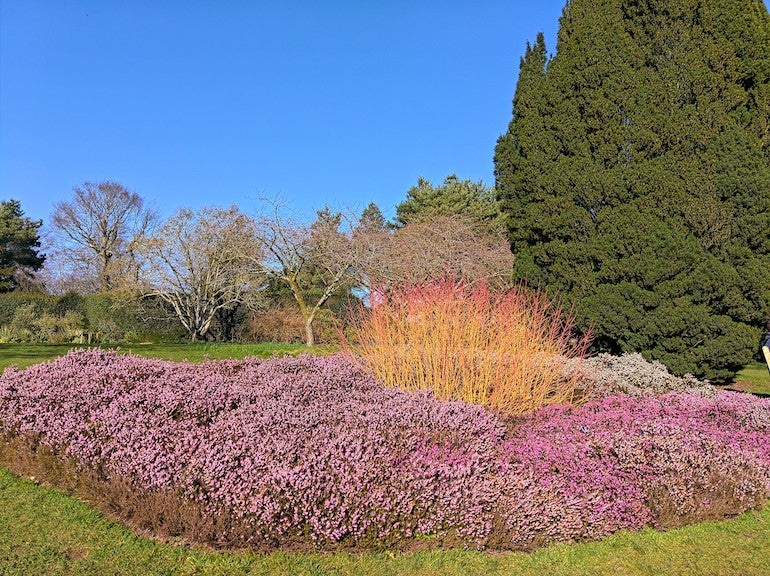 A scene in full sun can show off the good level of saturation the Nokia 9 is capable of. 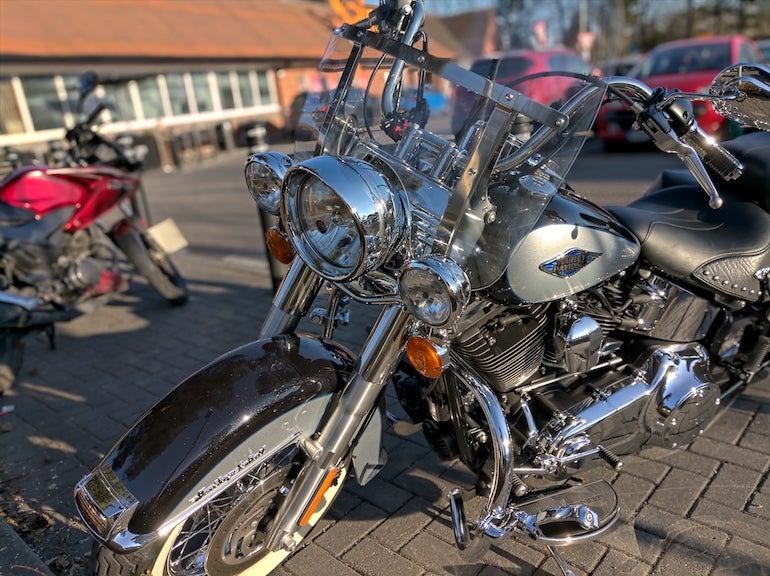 You know a camera is good when you can casually come up with beautifully detailed shots without too much effort. 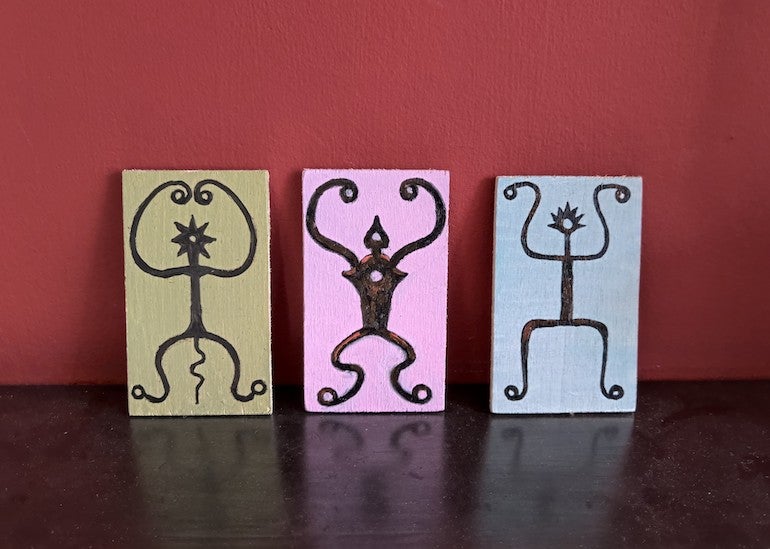 Even premium phones can overdo the pink and red making the duller colour look, well, duller. The Nokia 9 copes well with this even retaining a lot of the texture of the paintings.

We don’t usually spend long with monochrome photography as in most phones this is simply achieved by filtering the colours out of a standard picture.

Not so with the Nokia 9 PureView. Of the five cameras it has on its back, three are purely monochrome.

Colour sensors work by filtering the light according to colour and for every single pixel they have to apply one of the three available digital colours between Red, Green or Blue.

With a monochrome sensor, no light is filtered resulting in three times as much light let in. In real world situations, this translates to a noticeably higher level of detail. 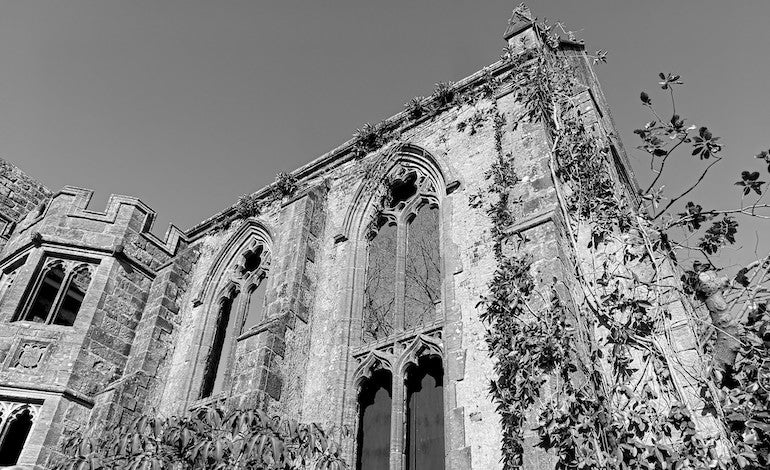 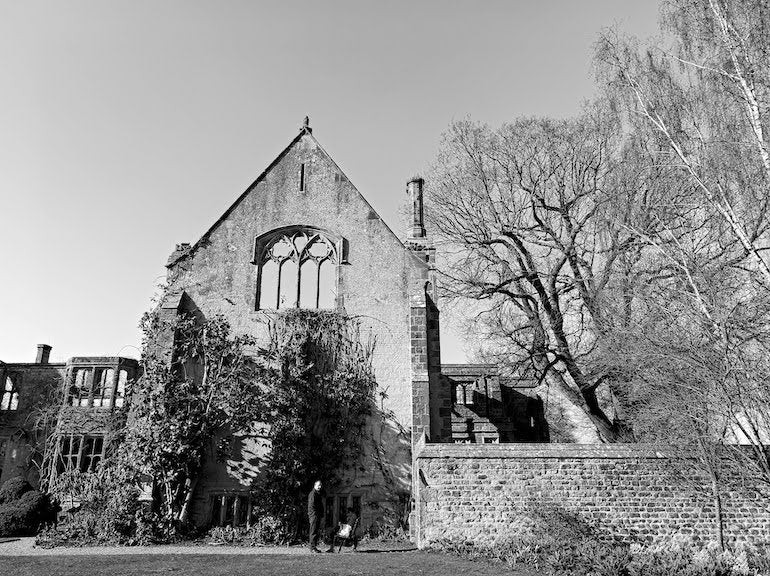 Resized for publishing, the original image is a large 4032 x 3016 pixels file and it’s good enough for printing. 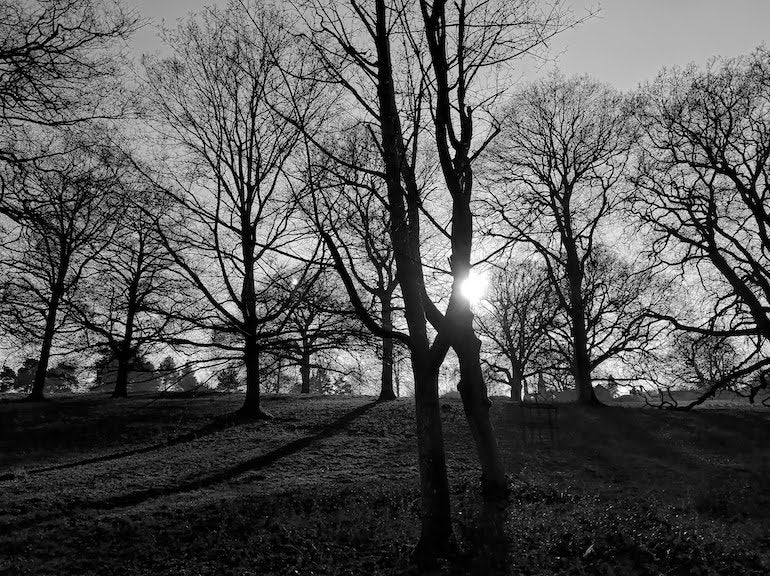 Monochrome was the only way to retain a sharp outline of the branches in these light conditions.

Given the outstanding results this camera can deliver in a variety of light conditions we had high expectations on how it would fare in dark conditions. And it did not disappoint.

It copes well enough with low yet suffused light but when it has to rely on small light sources, things can get a bit murky. 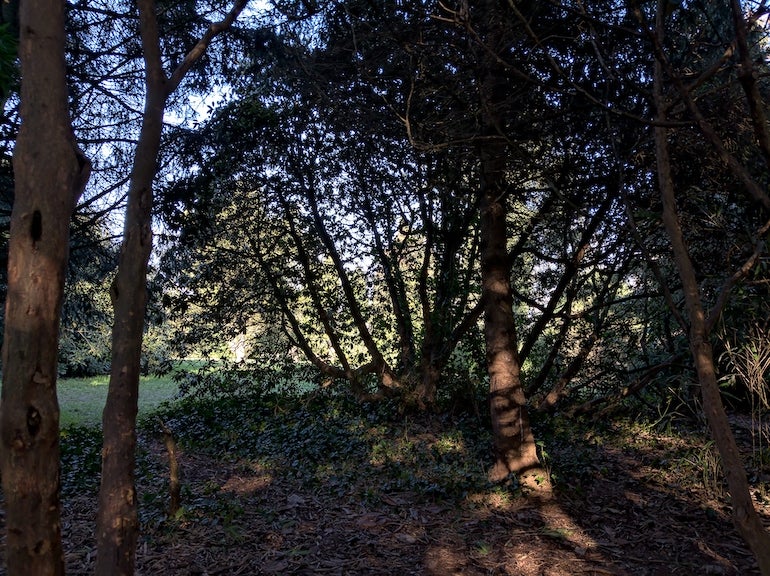 Low light performance is not only about dark rooms. Here is some shaded undergrowth. The camera maintains the deep green and brown on the ground, despite having to also capture the bright spots without losing colour definition. 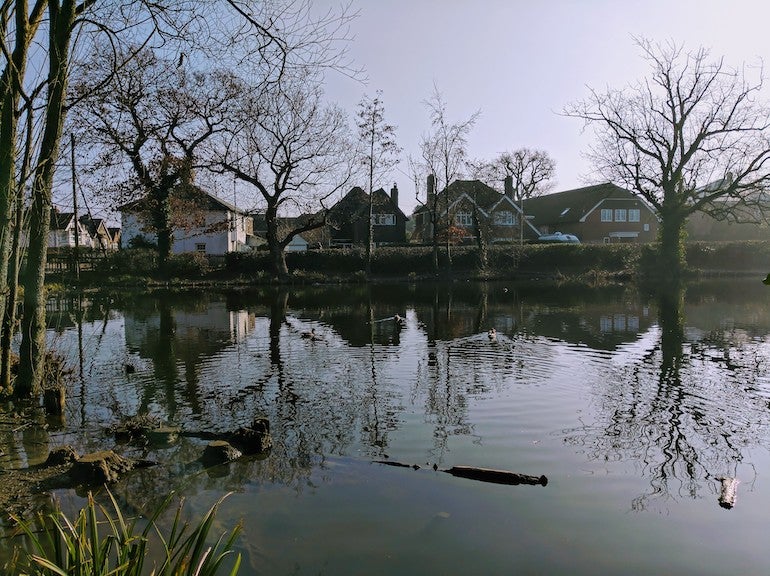 The early morning sun makes for some long, dark shadows. In this shot, I applied one of the standard filters in Google Photos to increase contrast and bring up the reflection on the pond. 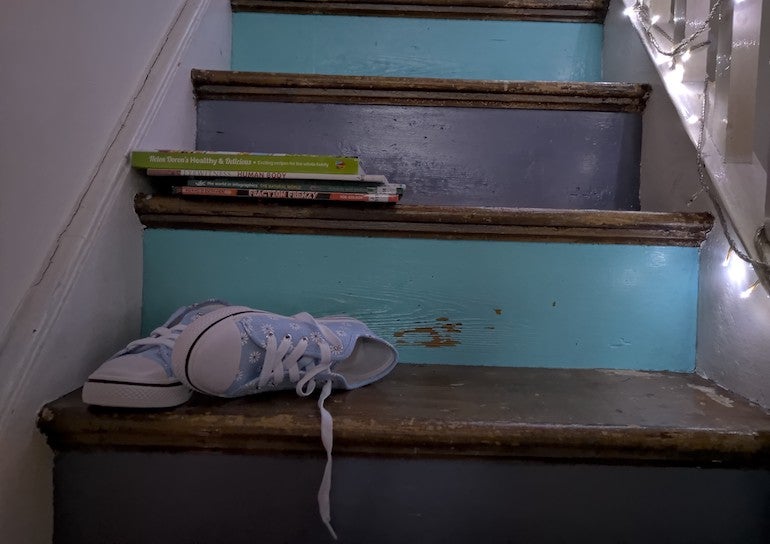 Led fairy lights are a good source of cool light that doesn’t affect colour too much. 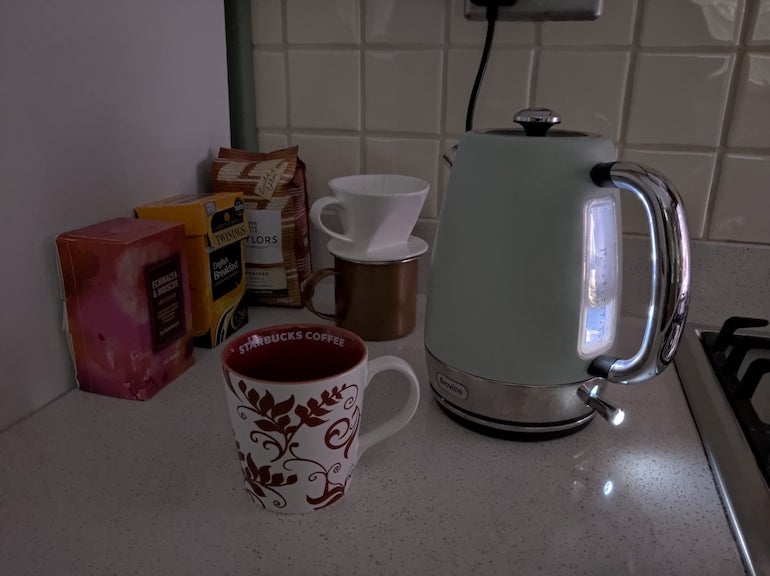 This level of detail is far more striking than anything we’ve captured on similarly priced competitors.

The Nokia 9 PureView is capable of recording video at 4K (2180p) resolution at 30 frames per second. By default, however, the video is set to half that, at 1080p. This is with good reason as 4K videos can quickly fill up your storage, so best to reserve that only for special occasions.

The Nokia 9 PureView has possibly the best camera you can find on a phone of this price.

You can expect realistic colours, a stunning level of detail, especially for monochrome photography and by far the best depth of field blur we have seen even compared to the likes of the iPhone or Note 9.

Decided you need this stellar cameraphone? Take a look at all our best Nokia 9 PureView deals.