You may not have heard of OnePlus, but it’s been making some noise for quite a while now.

The firm first crashed the smartphone party five years ago. Its mission? To produce phones with flagship specs that undercut the big boys. It styled itself as an outsider, coming up with a (now-defunct) invite system that meant only those privileged enough to receive an invite were eligible to buy its phones.

It also launched a controversial “smash the past” ad campaign that encouraged people to post videos of them destroying their smartphones. They would then qualify to buy the new OnePlus model for just $1.

Whether you like or loathe its marketing tactics, it’s certainly created a buzz around the brand. The latest launch of the 6T was a ticketed affair, with hundreds of regular Joes paying money to attend.

That’s the kind of brand loyalty you’d expect Apple or Samsung to command, but not a relative newcomer to the smartphone fold.

Its latest device is the OnePlus 6T. It’s not a huge step on from the OnePlus 6, which launched earlier in the year. But it does have one rather futuristic feature: a fingerprint scanner built into the screen.

Expect to see all the major players adopt this soon.

It also retains the bargain price that OnePlus is renowned for. But how does it stack up against the competition? Let’s find out.

Already know what you want? Here are all our best OnePlus 6T contract deals.

Take it out of the box, and you could be forgiven for thinking you’d bought a OnePlus 6 by mistake. The two phones look nigh-on identical, from the curved glass back to the flat glass front. But if you look closely, there are a few tweaks. We’ll come onto them in the next section.

It feels pretty big, but then its screen is over 6 inches in size. However, because it has an all-screen front with very narrow borders, it’s not as big as some 6 inchers.

There’s no headphone port, which is a bit of a pain, as it means you might have to add a new pair of headphones to your shopping list (ones that use either Bluetooth or USB-C). Or you could use the adapter that comes bundled in the box. Either way you cut it, there’s no ideal solution.

Still, this is the way phones are going, unfortunately. There’s no stopping progress.

So what’s the difference between the OnePlus 6 and the 6T? The 6T has a tiny notch cut out of the top-centre of the screen to house the front-facing camera. Shaped like a teardrop, it’s a lot smaller than a standard cutout.

The rounded corners of the screen also extend to the far reaches of the phone’s front.

The OnePlus 6 had a fingerprint reader on the back, as does the Samsung Galaxy S9, Sony Xperia XZ3, and plenty of other high-end smartphones. This is to get around the problem of having an all-screen front. Apple, meanwhile, did away with fingerprint tech altogether with the iPhone X, and didn’t reinstate it for the iPhone XS, XS Max or XR. But the 6T is one of the first mainstream phones with a fingerprint sensor built into the screen itself.

Sticking the fingerprint scanner on the back isn’t a great solution as you invariably miss and end up smudging the camera lens. Some also can be a bit low down, so you have to hold the bottom of the phone, making it feel top heavy. Having it built into the screen is a much better option. So long as it works, that is.

And it does. A digital fingerprint mark appears on-screen when required, and you press your digit on it as you would a physical button. You even set it up the same, pressing your fingertip from multiple angles so it registers the whole print. For all intents and purposes, it’s the same tech, which is how seamless it should be if it’s ever going to take off.

It’s quick, too. There were reports that this kind of tech wasn’t as nippy as that placed in a physical button, but if it is any slower it’s only marginally so. We were quite happy scanning our fingerprints to unlock the phone and pay for apps. And if you don’t like it, you can use a PIN or facial recognition unlocking instead, both of which work as well as any pricier rival phone.

Expect in-screen fingerprint sensors to quickly become standard on most phones next year.

The tiny notch gives you more screen real estate around the top of the display. The screen itself is a beauty, with a resolution of 2,340x1,080 pixels. That’s very high, giving it a pixel density of 402ppi (pixels per inch).

It’s as sharp as those numbers suggest. Edges look clearly defined, and there’s a nice sense of depth to images. The colours really jump out from the screen too, thanks to the OLED tech. This is the same as used in most high-end smartphones, including the newest iPhones.

Downsides? There’s no HDR (high dynamic range) tech onboard, so HDR content from Netflix and the like won’t look as lifelike as on some phones like the Sony Xperia XZ3. But really that’s nitpicking. HDR is a relatively new technology, and only a small proportion of Netflix’s content uses it. Plus on the relatively small screens found on smartphones, you’ll struggle to tell the difference if it uses HDR or not.

Haven’t we seen these snappers before? Indeed we have. The 16- and 20-megapixel rear shooters and 16-megapixel front facer are exactly the same as found on the OnePlus 6. What’s changed is the software.

The main addition is a new Nightscape long exposure mode. This aims to brighten up your low-light shots, letting you see more of what’s going on.

The automatic mode is the default and lets you get snap happy quickly with no fuss. If you want to get a bit more advanced, there are also portrait, panorama, slow motion and time-lapse modes. And for those looking to tweak the settings themselves, a manual mode ticks that box.

There are some nice extras, like an on-screen grid to help you compose your shot. But mostly the camera is free of frills.

This isn’t a criticism. It’s actually a very good thing, as far as we’re concerned. Too many mobile snappers go heavy on the novelty, with horrendous ‘beauty’ modes that make you look like an anime character. We’d rather a solid, dependable shooter that takes realistic shots.

Which is exactly what you get here. Pics boast bags of detail, and HDR tech handles subtle differences in light with aplomb. Sure, Nightscape long exposure mode is a bit hit and miss, and if you zoom in close, your photos start to look quite grainy. But this is a great camera, made all the more impressive considering it’s a lot cheaper than its high-end rivals. 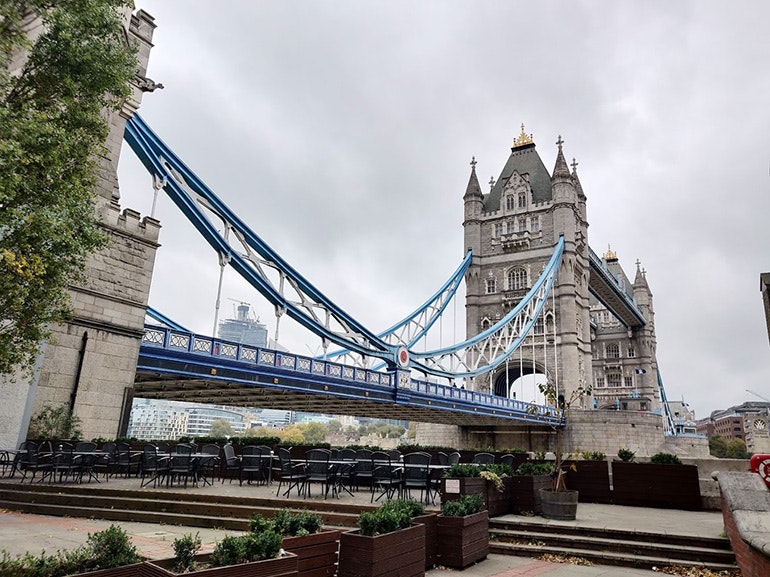 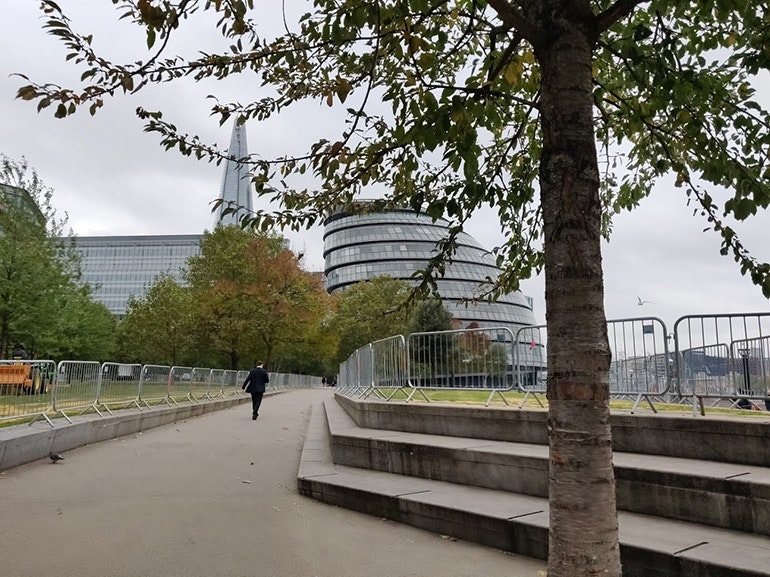 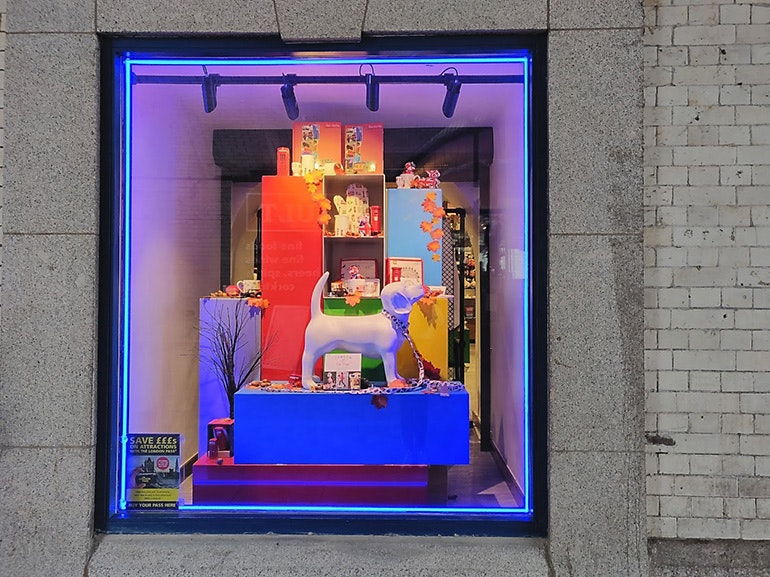 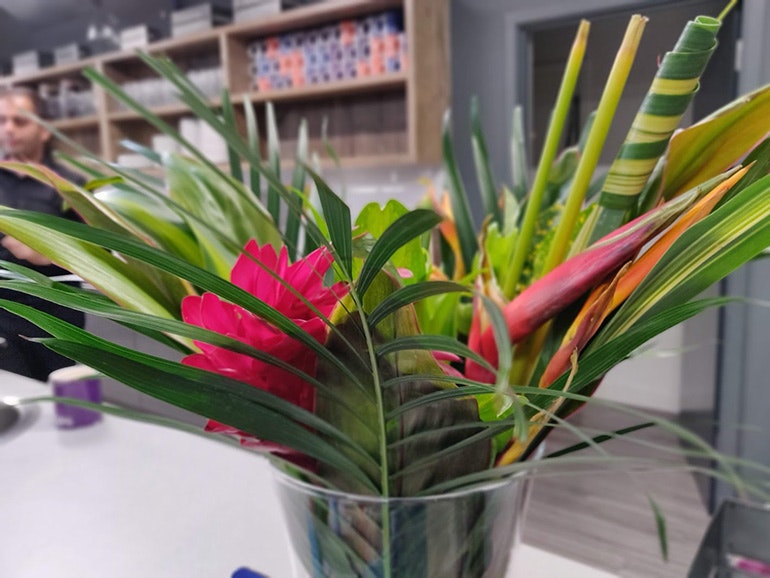 The selfie camera is similarly impressive. There’s a nice bokeh effect for blurring the background too, which makes your selfies look a bit more artistic and little less self-indulgent.

While the 6T runs Android 9 Pie, it uses OnePlus’ own OxygenOS interface over the top. Android purists might sneer, but it’s clean and spacious and looks very much like standard Android. There are some neat OnePlus extras, too.

These include shortcut gestures, like drawing an O shape on the screen to open the camera, or flip to mute, as you would find on Motorola’s range of phones. A game mode also adjusts the phone’s behaviour while you play. It’s features like these that drive the OnePlus fanboys wild.

They’re neat additions. But don’t worry if you’re not too fussed about them, as they’re easy to ignore.

Performance-wise, we’ve no complaints. It runs quickly and smoothly, and we had no hiccups with any of the games or apps we tested on it. That 6GB of RAM, 8GB if you pay more, is working hard to give you a great experience, and it shows.

The battery lasts a little over a day, which is impressive. It’s quick to charge too, though there’s no wireless charging tech onboard. Still, there have to be compromises somewhere.

At £499, the 6T is a whopping £250 cheaper than the cheapest iPhone. It’s also cheaper than the Sony Xperia XZ3, Samsung Galaxy S9 and Note 9, Google Pixel 3, and any other flagship phone you care to mention. With this kind of performance, it’s great value for money.

The 6T is the best phone yet from OnePlus. It’s solidly made, with a futuristic fingerprint scanner and impressive camera. It’s the phone to take OnePlus mainstream.

Convinced you need it? Take a look at all our best OnePlus 6T contract deals.