The OPPO Find X3 Lite is great value for money. It boasts a number of premium smartphone features, including 5G, 20x zoom and ultra-fast charging, but for a very affordable price at just £379.99.

It’s the smaller and cheaper version of OPPO’s Find X3 Series of handsets. However, if you’re not too concerned about ultra-high performance and top-quality design, you’re unlikely to miss a lot of the features that were dropped to create this model. And if you’re after a decent phone that does everything you need it to, the Lite is a cost-effective alternative to its pricier big brothers.

As soon as you take it out of the box, it’s obvious why it’s called ‘Lite’. With an aluminium frame weighing in at just 172g, it’s no heavier than a streaming stick remote. The build quality doesn’t scream ‘robust’, but it has a good grip to it and is just about usable with one hand. 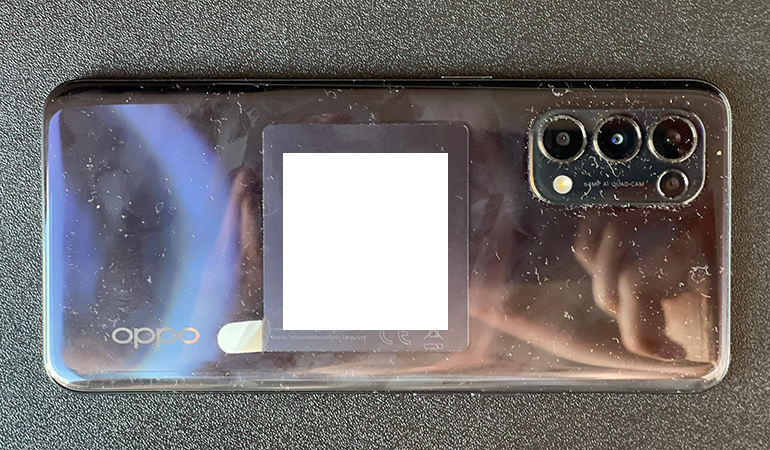 The Find X3 Lite comes in three colour options: Galactic Silver, Azure Blue and Starry Black. While I can’t speak on the Silver or Blue versions, the Starry Black handset instantly picks up dust and fingerprints. But overall, the smooth, sleek casing and nicely-arranged camera array make for an elegant design.

The in-screen fingerprint sensor is placed a little too low for comfort, so you'll sometimes have to shift your grip to reach it. It also takes quite a while to register your thumb if it’s not positioned perfectly. So it might occasionally take a few tries to unlock at first, but you’ll soon get used to the action.

It’s also worth noting that the X3 Lite isn’t water-resistant like its counterparts, so you shouldn’t take any chances with this device in heavy rain or by a pool. But as a trade-off, you get a headphone jack. This is something rarely featured on a smartphone these days, but it’s very convenient if you still listen to music with wired headphones.

The X3 Lite’s screen size is 6.4 inches. It has very few bezels around the sides and the selfie camera is just a tiny hole-punch in the top left corner. This creates a lot of screen space for watching videos on-the-go or playing mobile games without having to hold the phone too close to your face. 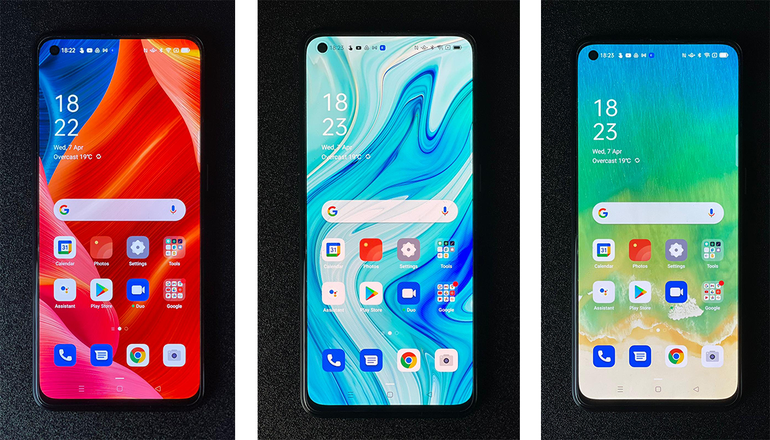 The increased screen space does mean, however, that the phone only has one set of external speakers at the bottom. This is unlike many phones nowadays that also make use of the receiver speaker to create better sound when watching something out loud without headphones.

For an affordable, mid-range phone like the X3 Lite, the screen is also very bright and vibrant, at 410 pixels per inch (ppi) of screen. Colours really pop when you’re watching high-quality video, so much so that it’s hard to notice that the resolution is only 1080p. It makes it easy to navigate in direct sunlight too.

By comparison, the latest iPhone SE comes at a similar price (£399.99) but with a much less vibrant screen, at only 326 ppi. So the Find X3 Lite has an impressively bright display for the money it costs.

The screen also has a 90Hz refresh rate, which means that scrolling social media and flipping between different menus is super smooth, and lacks almost any blur. It does use up more battery, though, so if you’re not too fussed about this feature or you won’t be near a charger anytime soon, you can dial it down to the standard 60Hz rate.

One oddity I can’t quite understand is the enlarged ‘chin’ at the bottom of the phone. There’s just a blank bit of unused glass that doesn’t seem to serve any purpose or function. It could have added a few extra millimeters to the display if OPPO found a use for it, so it’s unfortunate that it appears like it’s always, for want of a better phrase, off.

Using the X3 Lite’s camera was quite a mixed experience. Some of the additional features, such as Night Mode or dual camera video, were an absolute joy to play with. But the more standard camera modes left a lot to be desired.

By far the most common choice when using the camera, ‘Photo’ is the mode you’re automatically put on when opening the camera app. But despite how regularly it’s used, its picture quality (on both the main and selfie cameras) is blander and more pale than other modes. The same goes for ‘Portrait’, which is often regarded as the higher-quality option. 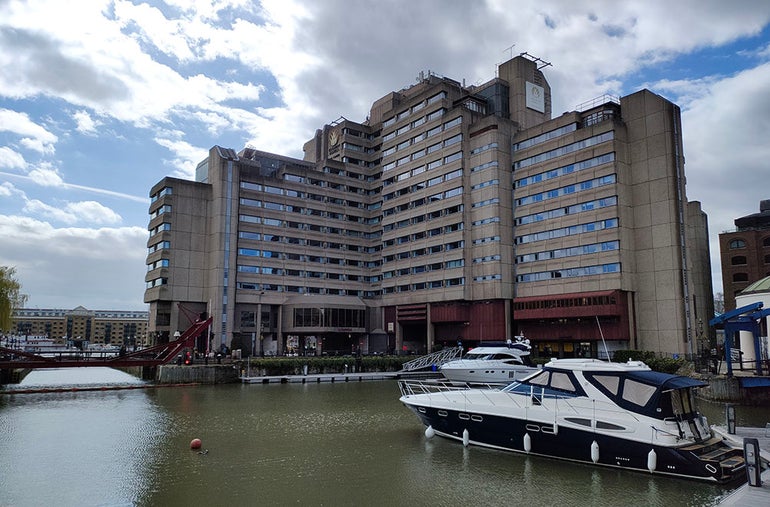 There’s just a very noticeable lack of colour to the images. And while they could likely be improved in the camera’s ‘Pro’ settings, most people wouldn’t want to go through the hassle of colour grading the image to fix the white balance before taking it.

In fact, images of the same scene in ‘Video’ mode have a much better colour palette than on ‘Photo’. So it’s certainly possible for the camera to more accurately display vibrance, it just doesn’t seem properly built into the most popular image types.

As previously mentioned, the X3 Lite’s selfie camera is a single hole-punch in the top-left corner of the screen. While this has certainly helped to maximise screen space, both the colour palette and depth of field have taken a hit as a result.

It suffers from the same colour palette issues as the main camera, and the hole-punch design means it has a permanent fish-eye effect to images. This affects the depth of field and distorts your face ever so slightly, but noticeably.

Just to prove that these aren’t just features akin to Android phones either, below is a comparison of selfies on the Find X3 Lite versus the new Samsung Galaxy S21. Just bear in mind that the S21 is a flagship phone at double the price of the X3 Lite, so the camera is admittedly a lot more advanced: 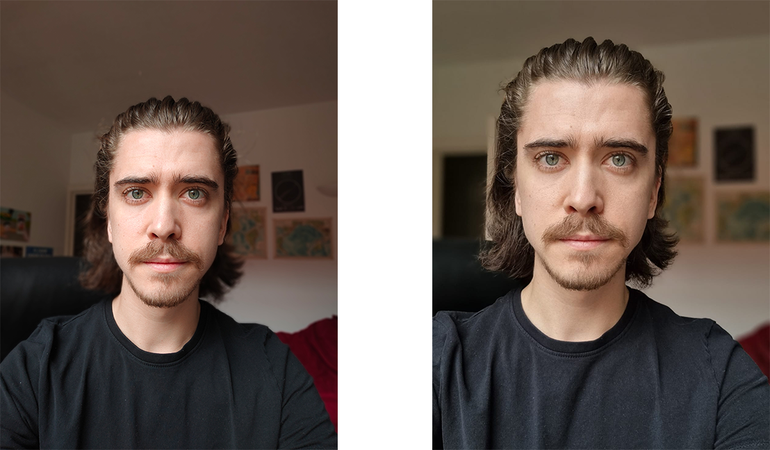 The positioning of the camera lens might also take some getting used to, especially if you’re normally familiar with it being in the centre of the phone. It took me some time to work out how to actually position the X3 Lite for a well-angled selfie.

This was a near flawless feature. The X3 Lite’s Night Mode does take a while to process images, but once it does, the results are wonderful. 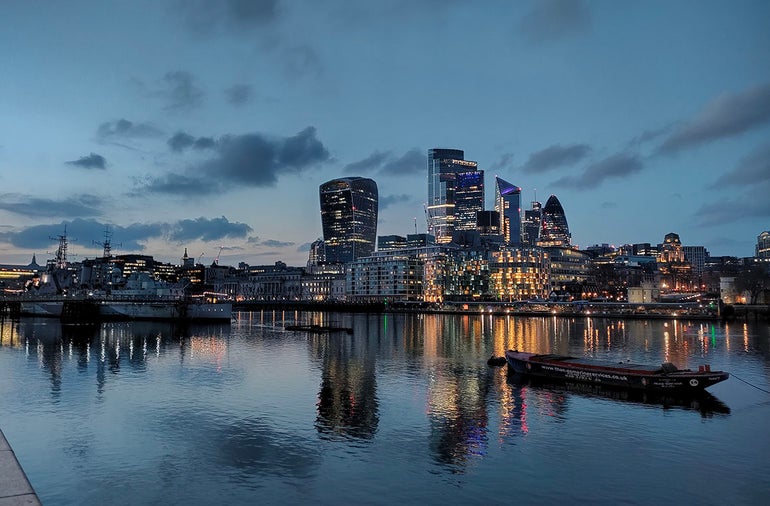 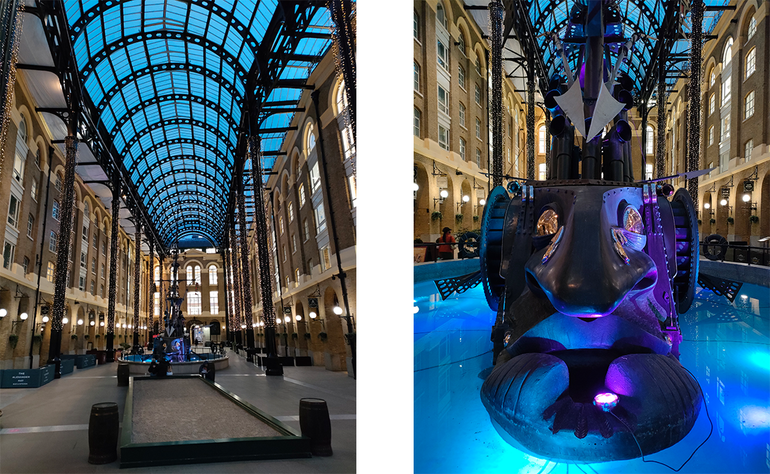 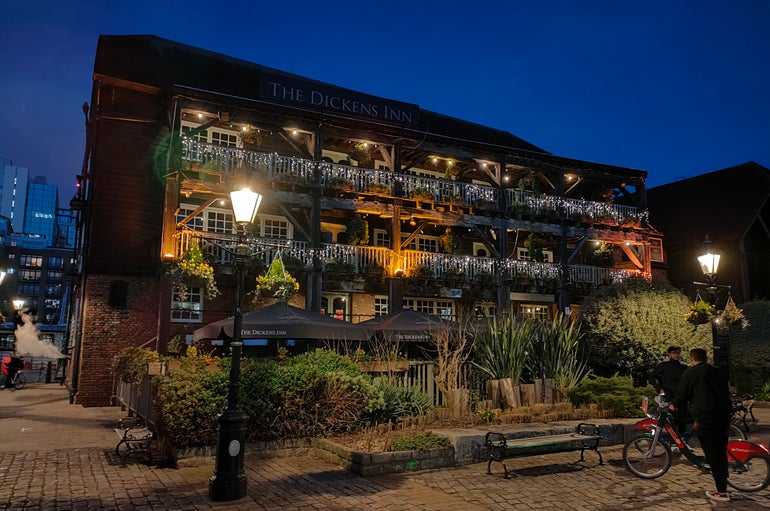 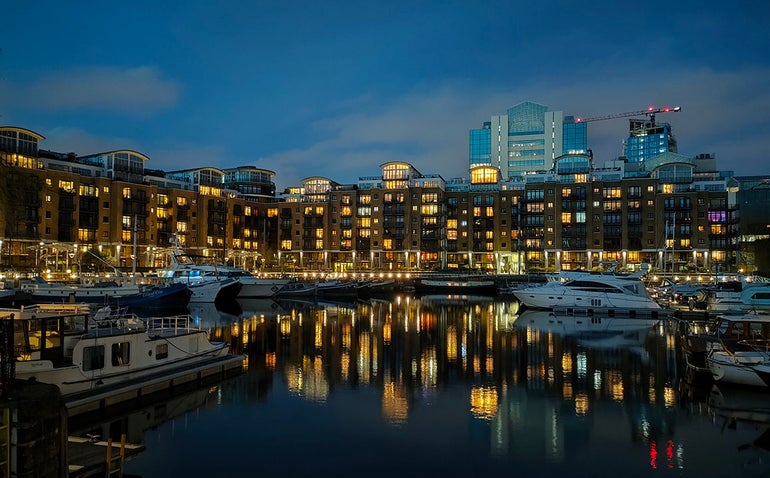 The colours are rich and deep, but most importantly for low-light, they’re accurate too. Exploring London at dusk with the Find X3 Lite’s Night Mode was a real treat. 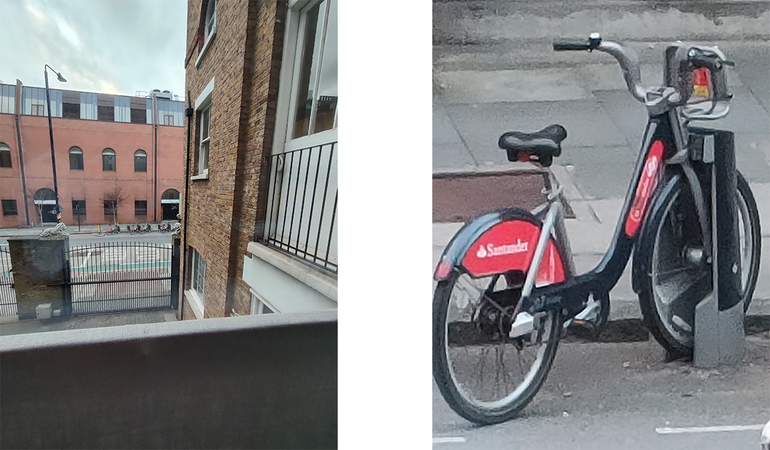 The OPPO Find X3 Lite boasts 20x zoom on its main camera, which is an impressive feat given the price. And thanks to its 64MP main camera, the image retains a fair amount of detail when you reach the higher points of magnification.

It doesn’t have its Pro counterpart’s revolutionary microscope camera, but the X3 Lite has an impressive macro lens that takes very pretty images of up-close subjects, such as flowers or food. 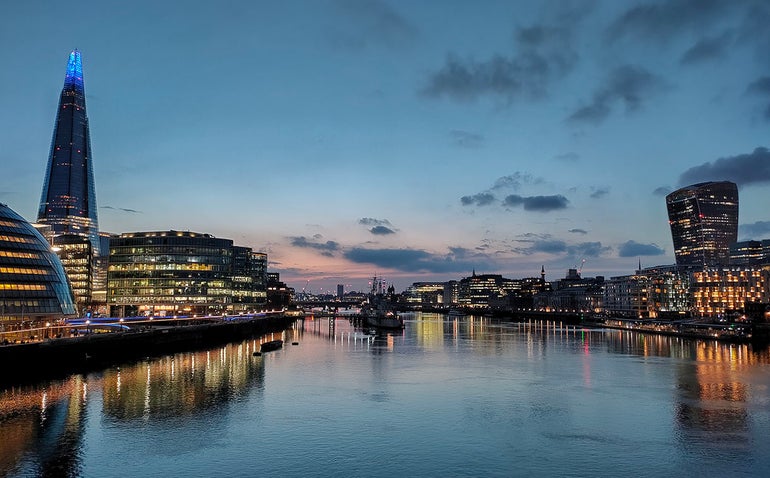 The ultrawide lens also does a good job at capturing the entire scene when objects in the periphery are too close for the standard camera. Plus, it even works with Night Mode — something even some of the top-end flagship phones haven’t been able to integrate together yet.

There are a couple of noteworthy features offered by the Find X3 Lite’s camera, which may be useful to some but won’t be too popular an option with most users.

Firstly, the X3 Lite offers dual camera video, which is a relatively new feature on some Android phones. It works very well, and comes with a few options for displaying the front camera feed versus the main camera feed. Those looking to document their future holidays or keep a video diary would love using this regularly.

Then there’s the AI Beautification option, which is a bit more controversial. From a technical standpoint it’s amazing — the facial recognition (and alteration) technology is quite the achievement. But all it essentially does is create extremely subtle and largely unnoticeable ‘digital facelifts’, such as larger eyes or a smaller chin. So ‘beautification’ feels like a bit of a problematic way to market its features.

The standout feature by far in this regard is the 65W fast charging cable that comes in the box. It boosts the X3 Lite’s battery from 0-100% in less than half an hour, which is such an outstanding benefit for heavy users. 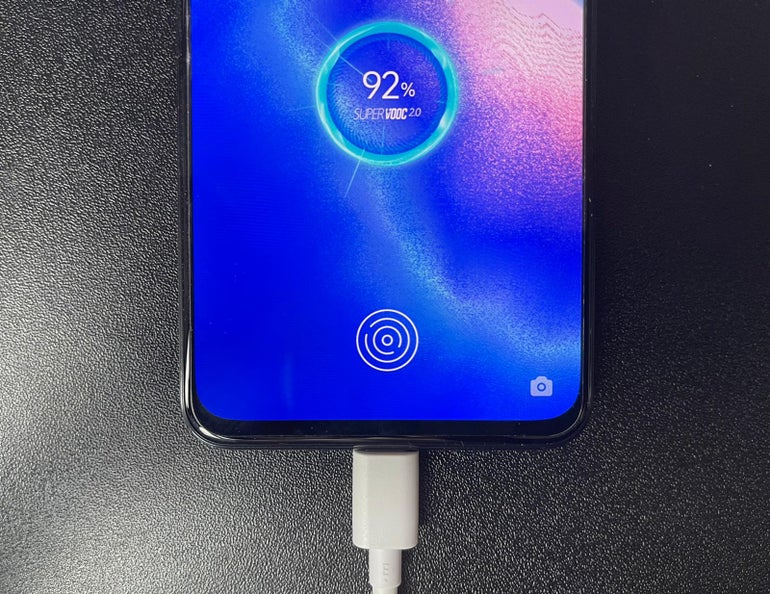 Having the ability to charge this fast, and at 30W wirelessly, almost overshadows any information on the actual battery size, since all that’s needed is a quick 10-min charge to put hours of juice into the phone. By comparison, the fastest iPhone chargers currently only reach 20W.

The X3 Lite’s 4300mAh battery already provides a very comfortable amount of screen-on time before a charge is required. But the ability to top it up so quickly is the true perk to owning this phone.

As for the X3 Lite’s performance, it has a Snapdragon 765G processor, which allows it to connect to 5G and run quite smoothly for its price point. It’s not the most high-end processor and that’s certainly noticeable, because there’s a pretty slow response time to tapping the screen and pages don’t always load very quickly. Sometimes when watching video, notifications will cause it to skip while it loads the message or reminder to the screen. But for the money you’re paying, just having Snapdragon in your phone means it’s likely to be super reliable.

It’s worth bearing in mind that the Find X3 Lite doesn’t have an option for expandable storage, so you won’t be able to add an extra micro-SD card in order to have more files to your phone. The same goes for the X3 Pro and Neo versions.

The X3 Lite is certainly not for power-users. But for the majority of people who could do without the highest-end performance, there’s a lot of premium, flagship-worthy attributes to enjoy.

From the excellent camera features to 5G access and super speedy charging, OPPO has very smartly found ways to knock the price down in the most unnoticeable ways for the customer. So while the Find X3 Lite has dropped many parts that make the phone a powerhouse, it has kept all the features that make the phone enjoyable.

What is 5G? Everything you need to know about 5G