Oppo might still be a relatively unknown name to many, but the company - which recently merged with fellow Chinese manufacturer OnePlus - is now the fourth most popular smartphone maker worldwide, behind only Samsung, Apple and Xiaomi.

The Oppo Find X3 Pro is the company’s most premium smartphone yet and sees the manufacturer looking to go toe-to-toe with its big-name competitors. It’s undoubtedly one of the flashiest handsets of the year with its reflective glass chassis, pin-sharp screen and top-of-the-line camera setup. However, with an asking price of £1,099.99, it’s also one of the most expensive. 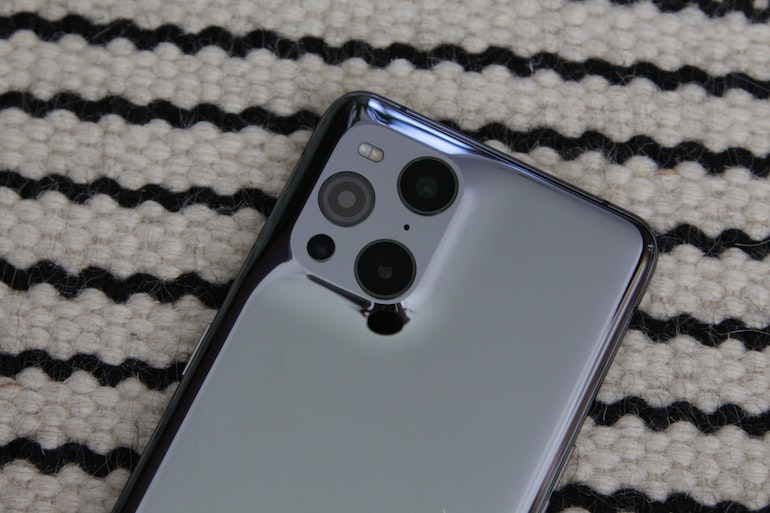 When you first get the Oppo Find X3 Pro out of the box, you’d be forgiven for mistaking it as the OnePlus 9 Pro. From the front, both smartphones look almost identical with their matching 6.7-inch 1440 curved OLED screens, which both feature a hole-punch selfie camera in the top left corner.

When it’s flipped over, the differences become apparent. While the Oppo Find X3 Pro has ditched the vegan leather cover found on last year’s Find X2 Pro in favour of a OnePlus-esque mirrored glass chassis, it’s also employed some more unusual design choices. The glass, for example, curves to meet the trio of main camera lenses in order to incorporate the module seamlessly into the phone’s back panel, which while slick, looks somewhat odd. Oppo has also taken cues from the iPhone for the three lenses, which now sit in a triangular placement inside the protruding camera housing.

While this design is likely to divide opinion, there are some design touches that will be universally welcomed. The Oppo Find X3 Pro is IP68 rated for dust and water resistance, the back is coated in Gorilla Glass for added protection, and the phone is surprisingly slim and lightweight for a super-premium flagship. It tips the scales at 193g and measures in at 8.3mm thick, which when coupled with its impressively round edges, makes the Find X3 Pro comfortable to hold. The mirrored glass panel does make it a fingerprint magnet, however. 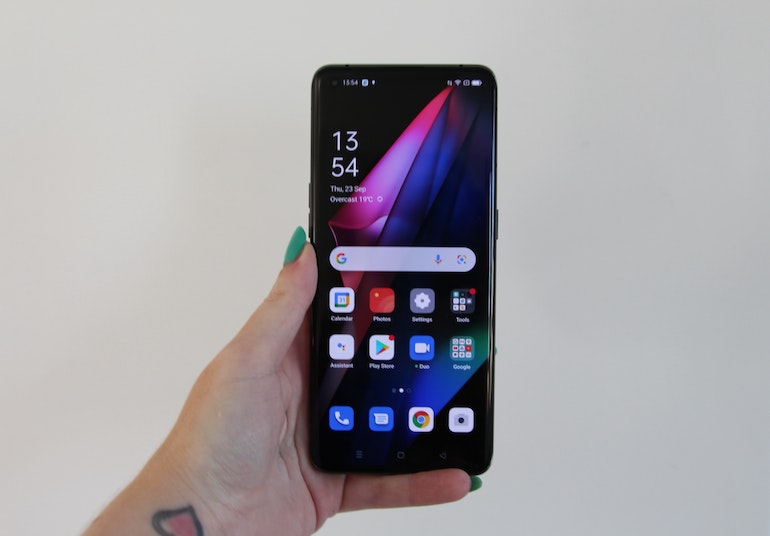 The display on the Oppo Find X3 Pro is the handset’s standout feature. The 6.7-inch display boasts a 1440x3216 resolution, a pin-sharp pixel density of 525ppi, and it uses a 10-bit panel with HDR10+ certification. While the Find X2 Pro also featured a 10-bit panel, Oppo says the Find X3 Pro features a “full-path 10-bit Colour Management System”, which ensures pictures you've taken won't suffer from the loss of colour fidelity during the encoding and decoding process and look at their best on the 6.7-inch panel.

Oppo is also offering an interesting feature in the form of colour accessibility. The Find X3 Pro offers a number of colour palette options to improve visuals for different types of colour-blindness, along with a colour vision test to help deliver a personalised colour profile to best suit your vision.

The Oppo Find X3 Pro’s screen also features a 120Hz refresh rate. Unlike other phones that offer this feature, however, the Find X3 Pro shifts between multiple rates like 24Hz, 30Hz and 60Hz. A 120Hz panel gives you smoother scrolling and more responsive gaming, but if it’s used when you’re watching a film on Netflix, for example, it can also drain your battery. An adaptive refresh rate removes this risk, ensuring you’re only using 120Hz when you need to be.

The screen is also home to an under-display fingerprint sensor, which sits where your thumb naturally rests when picking up the handset. This worked efficiently during our time with the Find X3 Pro, though you also have the option of setting up face unlock instead.

The camera system on the Oppo Find X3 Pro certainly sounds impressive on paper. It features 50MP wide, 50MP ultra-wide, 13MP telephoto and 3MP macro lenses, along with a 32MP camera around the front.

The main 50MP camera, as you’d expect from a phone of this calibre (and price), is as good as it sounds. The lens captures images stuffed full of detail with good dynamic range - particularly if shot in good, natural light - and we found it even outperformed our iPhone 12 Pro in some instances, showing more accurate colours in low-light photos. The 50MP ultra-wide lens is great too, we found it captured plenty of detail and natural colours, though images can become almost washed out if taken in poor lighting. 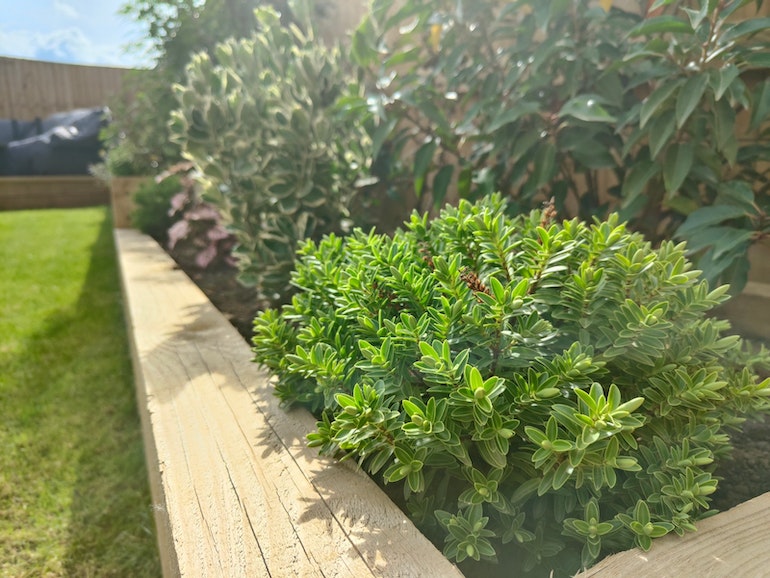 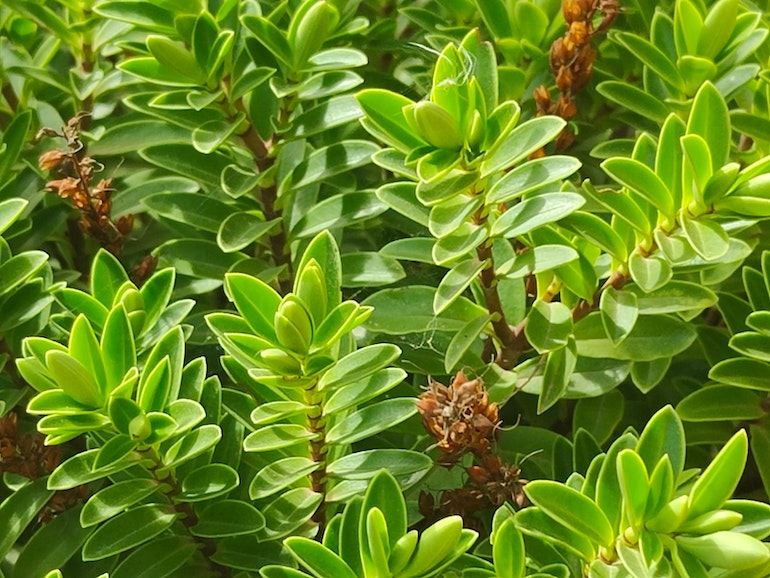 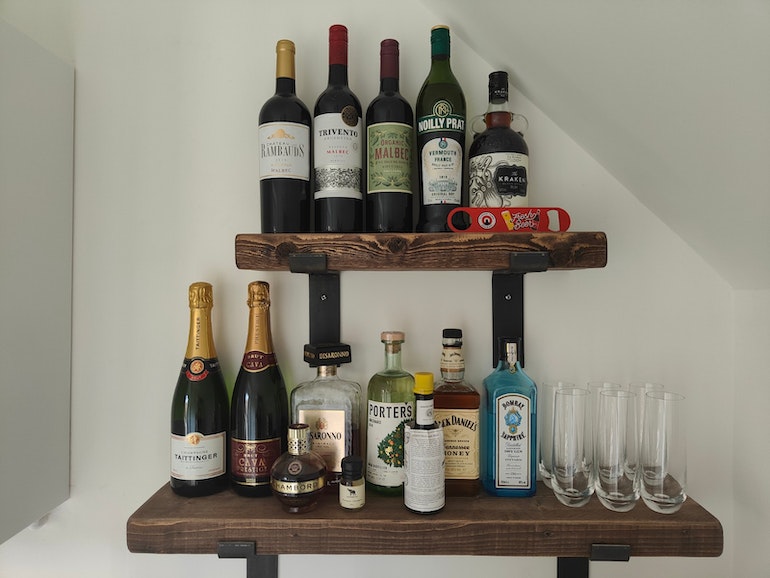 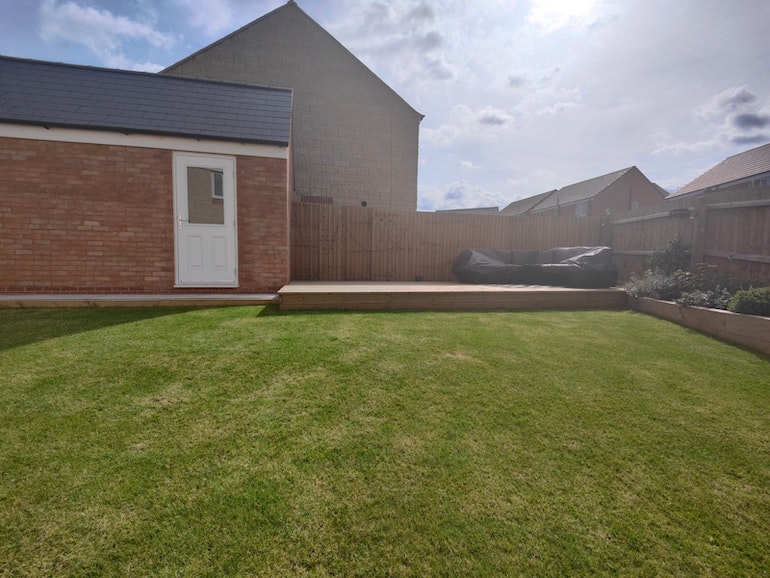 We weren’t quite so wowed by the 13MP telephoto lens, which offers 2x optical or 5x hybrid. Although it can capture crisp images at 2x zoom when shot in good lighting, we found the 5x zoom is clearly digitally expanded when compared with rival smartphones that offer 5x optical zoom cameras.

The fourth camera is a little... unusual. This 3MP “Microlens” camera, as Oppo calls it, allows for up to 60x magnification at close distances, and is used as a makeshift microscope to capture intricate images of random objects, such as strands of fabric in a blanket or close-up detail of a leaf. 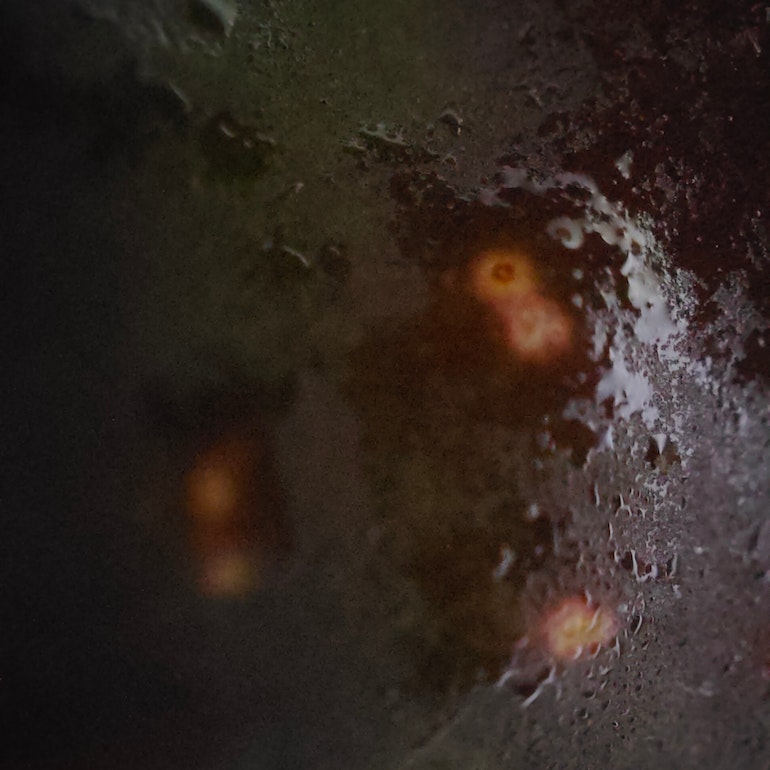 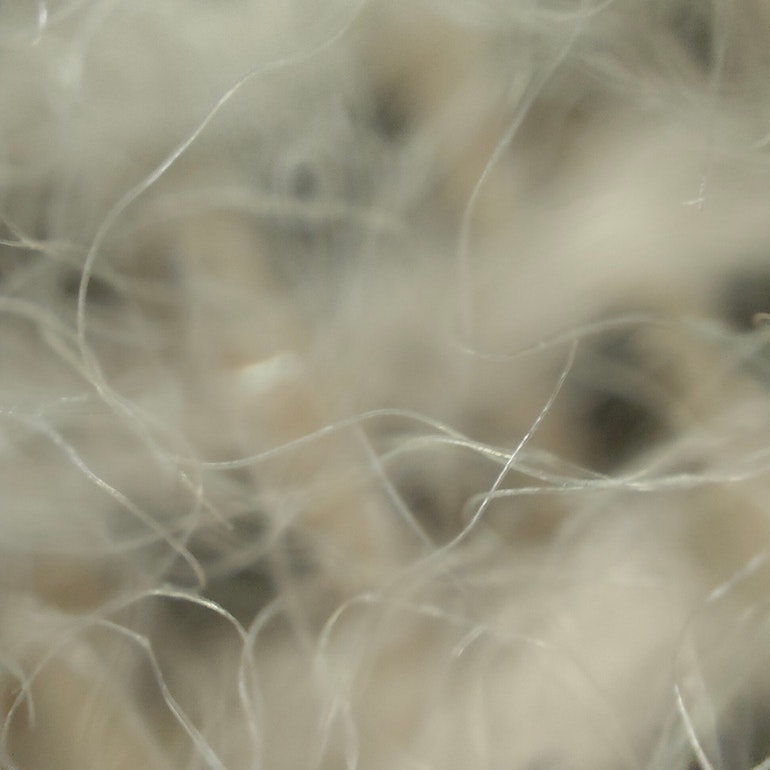 It’s a fun feature but we found it frustrating to use. Oppo instructs you to place the phone directly on the surface of what you’re shooting and adjust it slightly to get the image in focus, which we found super fiddly at times. 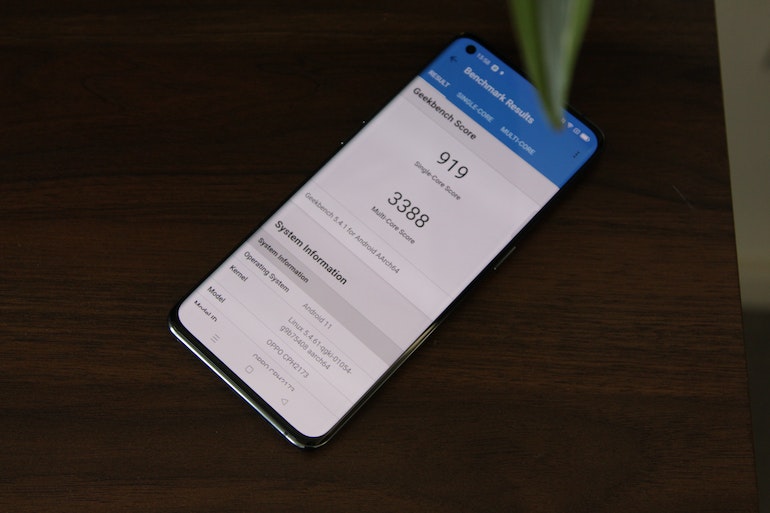 As you’d expect from a phone that costs more than a grand, the Oppo Find X3 Pro is well-equipped under the hood. It packs a Qualcomm Snapdragon 888 processor, 12GB RAM and 256GB of built-in storage, along with a microSD slot for adding even more.

Unsurprisingly, we didn’t run into any performance issues and the Find X3 Pro showed no signs of slowing down no matter what we threw at it, from browsing and sending emails to playing graphically intense games.

You also get a 4,500mAh battery, which is 5% larger than the battery found inside the Find X2 Pro. Despite the increase in size, we didn’t see much of an improvement in terms of longevity; the Find X3 Pro struggled to make it into a second day, though it’ll easily last a full day without needing to be charged.

Like its predecessor, you’ll find 65W fast-charging included, which is fast enough to re-juice the phone from zero to full in a little more than 30 minutes. With this year’s model, Oppo has also included support for 30W wireless charging - although you won’t find a wireless charger included in the box.

On the software front, the Oppo Find X3 Pro ships with ColorOS 11, which equips the device with most of the best features of the stock Android experience, along with extras like improved multitasking options, quick launch options from the fingerprint scanner, and an impressively customisable always-on display. The UI is unlikely to be to everyone’s taste though, particularly those who have come from a bare-bones stock Android or iOS experience. 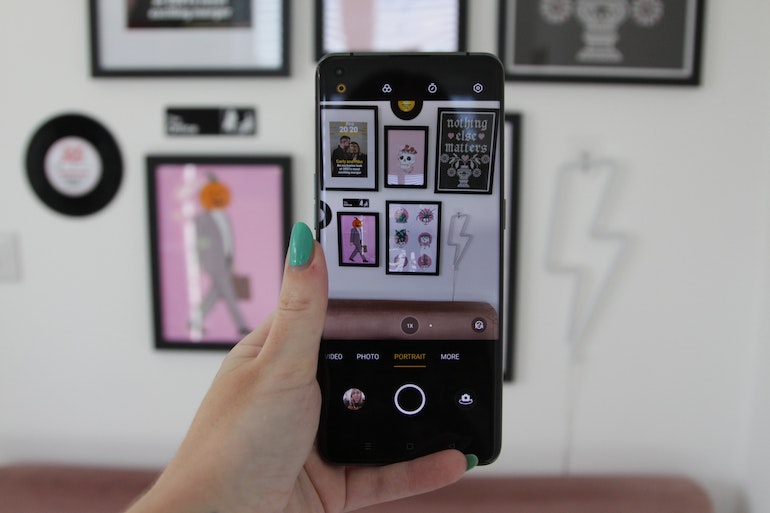 The Oppo Find X3 Pro, as its spec sheet alone suggests, is a powerhouse of an Android smartphone. Its pin-sharp 6.7-inch QHD+ 120Hz display is among the best we’ve tested, its under the hood credentials mean it never lets up when it comes to performance, and its quad-camera setup is sure to win over budding photographers.

Naturally, there’s a catch - and that’s its price. The Oppo Find X3 Pro costs £1,099, making it one of the most expensive Android handsets on the market today - and pricier than many of its rivals. For instance, the Samsung Galaxy S21+ costs £819, the OnePlus 9 Pro costs £829 and the iPhone 13 Pro costs £949.

That’s not to say the Oppo Find X3 Pro is without its faults, either. While it’s an all-round impressive device, it’s unusual curved design is sure to split opinion (we’re not sold), its battery life is somewhat average, and the camera setup, which includes a ‘Microlens’ camera you’ll rarely use, is arguably overkill.