If you're looking for the best Android phone out there, it’s hard to look past the Samsung S series line-up.

But is it worth splashing out for the latest model, the Galaxy S20+, or can you save some cash by picking up last year's S10+?

We take a look at the differences between the two models to help you make the best decision.

Similar to the S10+ in its overall shape, the newer S20+ is also made of the same scratch-resistant aluminium and reinforced Gorilla Glass 6. 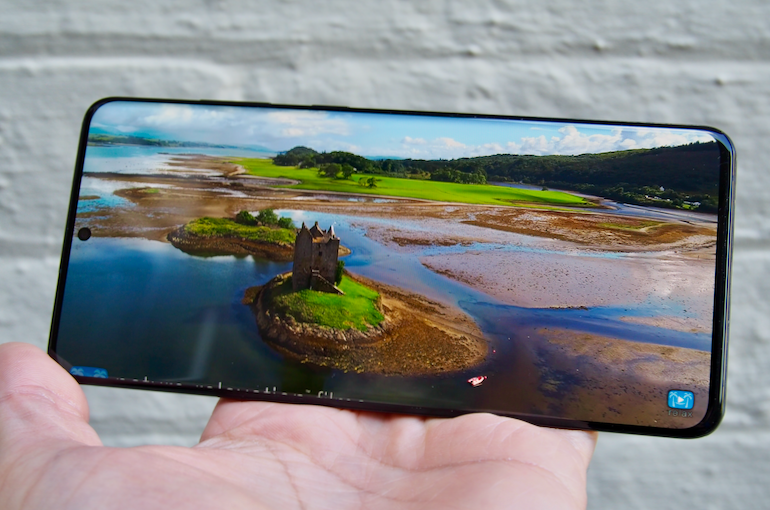 The screen of the S20+ (pictured) is a 6.7-inch AMOLED with identical resolution to its predecessor and comparable brightness. 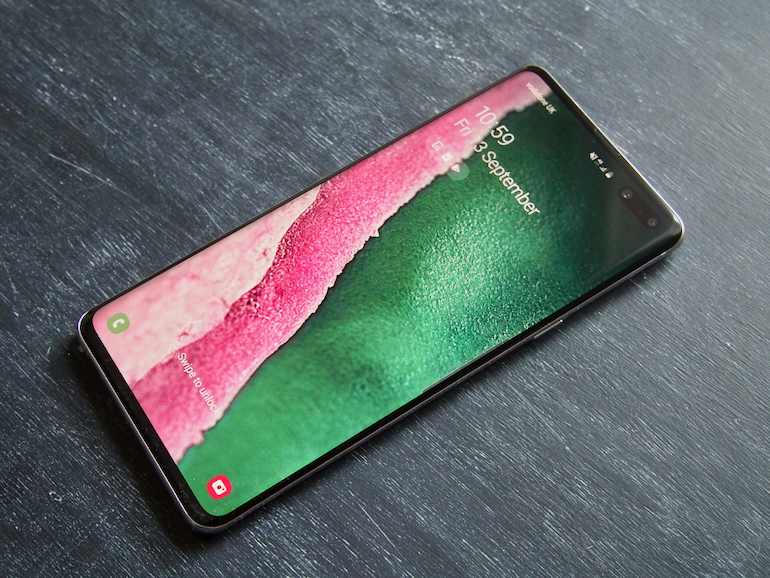 A year after its release, the S10 series still tops most of its competitors.

Corning Gorilla Glass has proven incredibly tough and it is not unusual to see year-old devices that, if well looked after, look as pristine as when they were taken out of the box. 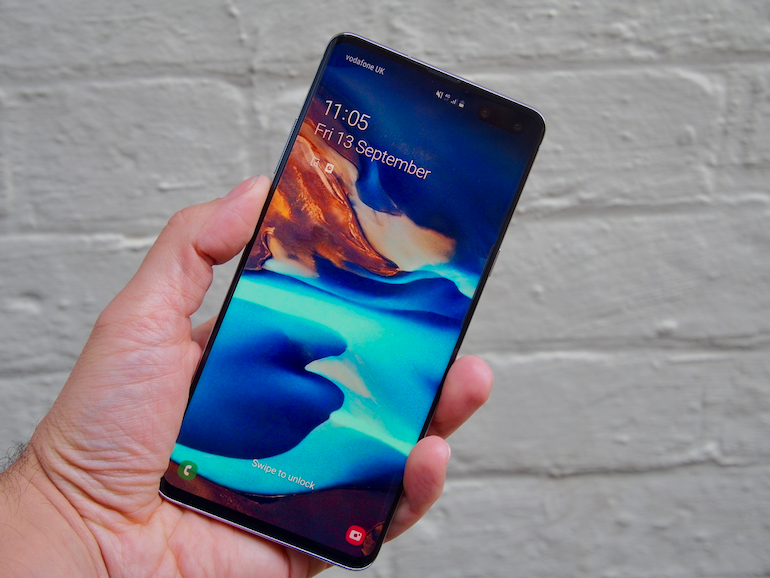 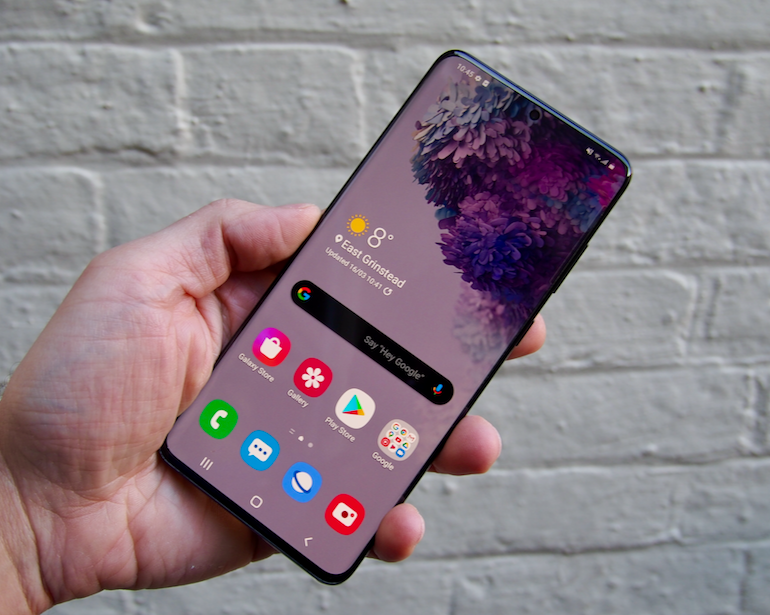 The front camera is less intrusive in the S20+.

The S20+ is only 5mm taller but with identical width and thickness. In this relatively compact package, the newer model packs a slightly larger display, 6.7-inch versus the 6.5-inch of the S10+. This doesn't sound much but it is noticeable due to the flatter display of the s20+. Samsung has moved away from the curved edges, a design solution that has the advantage of making it hard to trigger the "edge-view" app shortcuts menu when holding the sides of the phone. 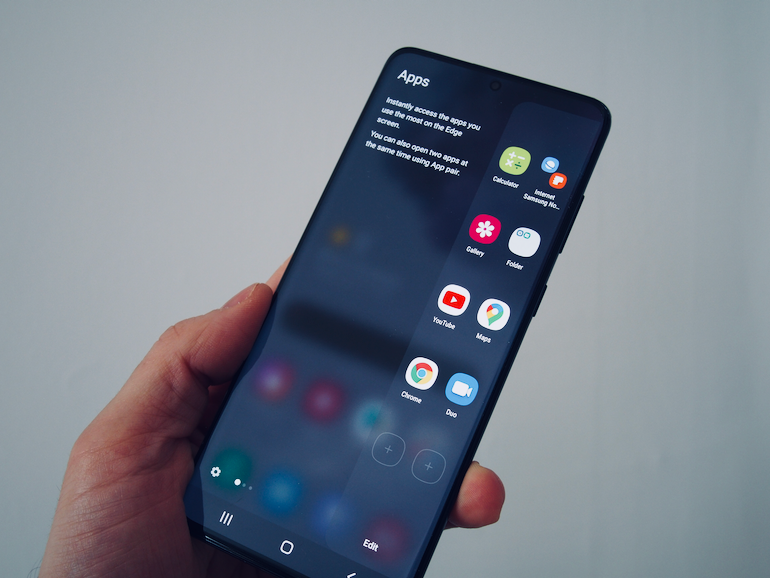 Edge view is a handy sidebar that can be customised to contain your frequently used apps and contacts. The curved edge of the S10 made it easy to trigger it by mistake, this is less of a problem on the S20 as the screen doesn't curve as much around the sides.

One more improvement introduced with the S20+ is the front-camera size and position. The selfie lens is now smaller but also located halfway down the top edge of the screen. The symmetry makes it easier to forget it's there, especially when watching videos.

Both models have the IP68 standard of water resistance and will resist water immersion up to 1.5 mt deep for up to 30 minutes.

There is very little difference in screen resolution between the two displays. Both support Quad-HD, and while the S20+ has a slightly higher pixel density, this is hardly noticeable.

The only real difference when it comes to display is in the refresh rate.

The S20+ can operate at 120Hz compared to the 60Hz on last year's S10+. This means you’ll get fluid animations and super-smooth scrolling.

There is no doubt that the S20+ is one of the most powerful Android devices out there. You'll find the latest processor (Exynos 990), it comes with 12GB RAM as standard and storage options starting from 128GB.

Despite being a year older, the S10+ is still a pretty capable device that can easily cope with any app or game you throw at it. There is the same amount of RAM and storage, and although it shipped with Android 9, it has now received the upgrade to Android 10. 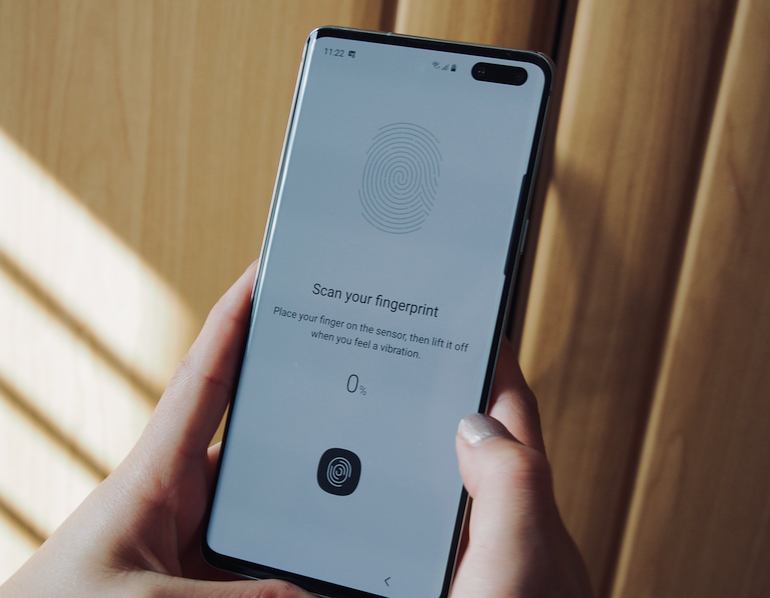 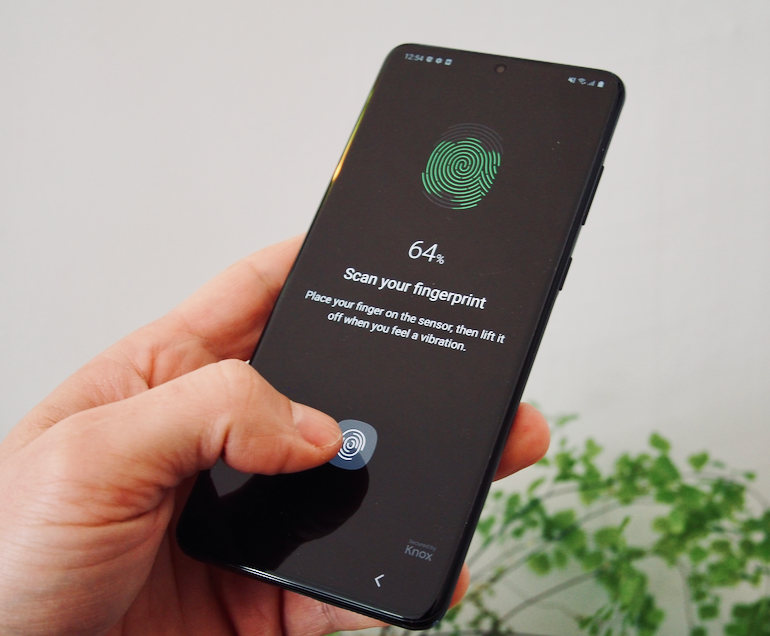 Both the S10 and S20 series have an on-screen fingerprint sensor. As expected, performance has improved slightly on the S20+.

The main battery advantage of the S20+ is 25W charger, an upgrade on the S10+’s 15W translating in faster charging.

The 64-megapixel telephoto lens is the single most important upgrade you will find on the S20+ camera.

It’s got a 3x zoom with optical Image stabilisation and a more sophisticated AI-assisted digital zoom supporting up to 30x. This translates to better quality images when you pinch to zoom that puts it up there with the iPhone 11 Pro and Pixel 4.

The Zoom lens on the S10+, on the other hand, only supports up to 2x with a lower resolution of 12MP. 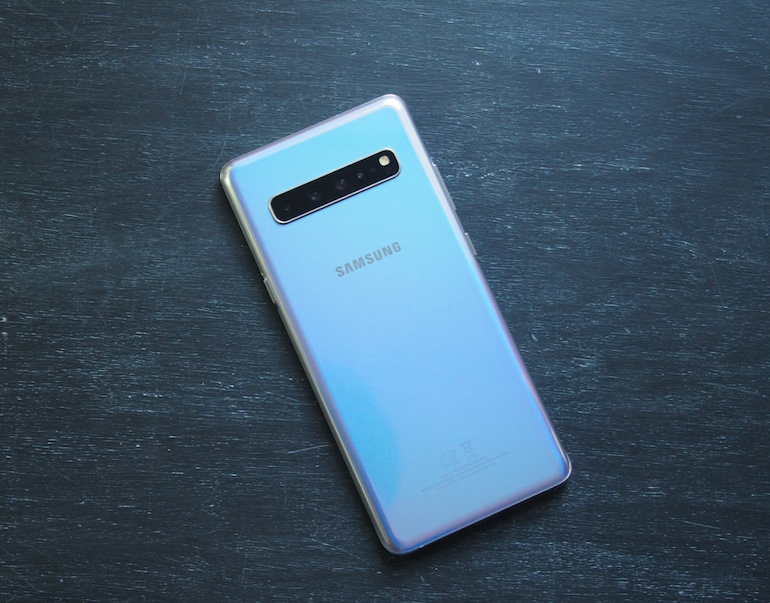 The S10 series won all camera comparisons at the time of launch but the competition has not stayed idle.

The primary camera has also been upgraded with a larger sensor and Night Mode is now considerably brighter than what we saw on the S10 series.

In good light, the S10+ still delivers excellent results even compared with the newer model. Still, there is no denying that Samsung has been working hard to fend off the fierce competition by Apple, Google and Huawei.

Amateur Youtubers should also consider the S20+ the better candidate for an upgrade as the video recording has not only been upgraded to 4K, but it is now supported by Optical Image Stabilisation at all resolutions and not limited to the lower settings.

While the S10+ is still one of the best cameras you can get your hands on thanks to its consistently good quality and realistic colours, the S20+ amps thins up notch with increased low light performance and superior zoom and video capabilities. 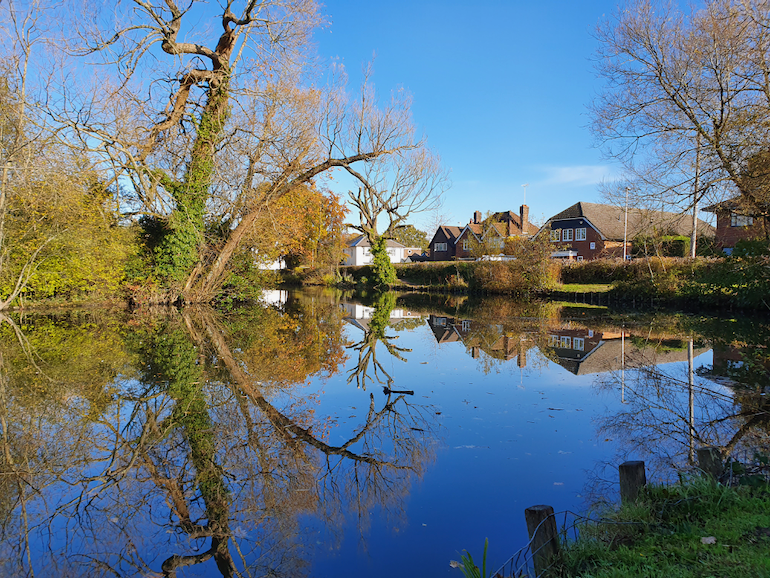 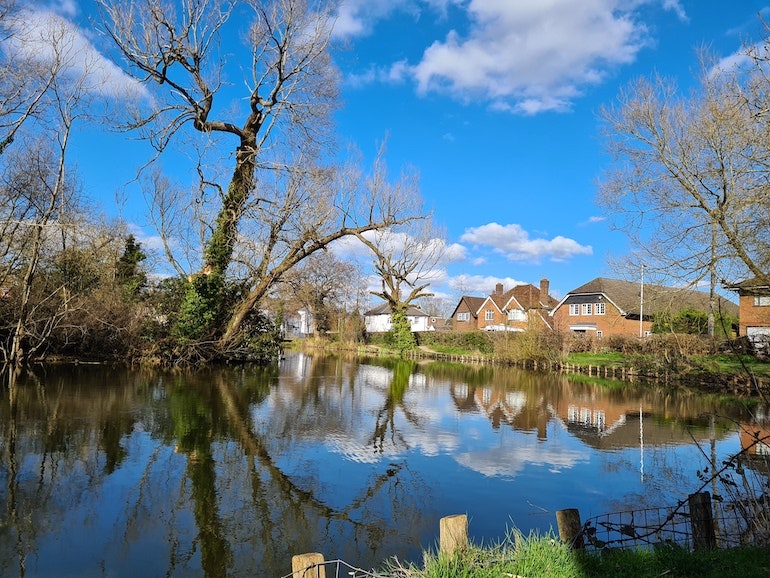 Samsung is usually a cautious innovator, and each generation of the S series evolves and refines the previous without much deviation from tried and tested design solutions.

This generation is no different. At first glance, the S20+ is almost identical to its predecessor but the design is improved, especially when it comes to the selfie camera position which I believe settles for good the notch vs pinhole debate.

The most substantial upgrade, however, is in the camera. If photography is your priority, then you shouldn't feel guilty in opting for the more expensive S20+.

Connectivity is also another obvious consideration as the S20+ is the one compatible with 5G networks. 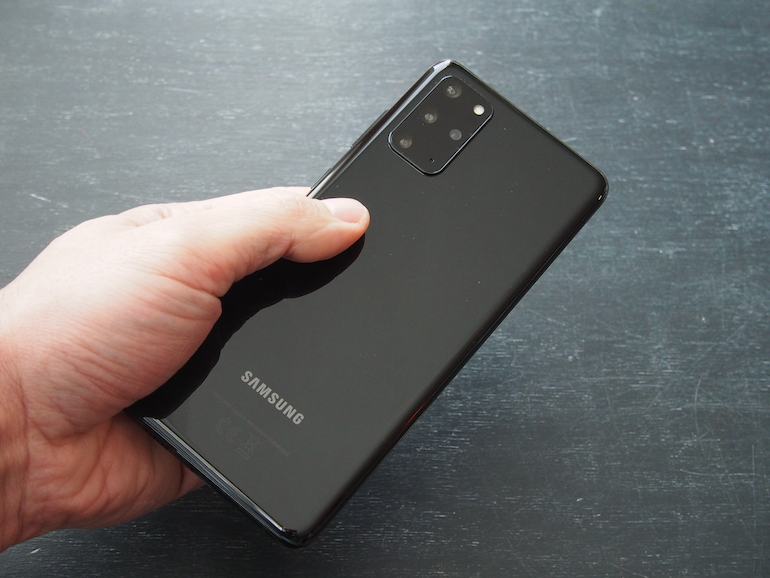 Even at almost £1,000 the S20+ doesn't feel excessive, especially considering that Samsung was charging around £1,100 last year for the 5G version of the S10.

If you want the latest super fast 5G connections, and a considerably better camera, the S20+ is the one to go for.

If you're on a budget, however, a 4G contract with a reliable network is more than enough for most people and the S10+ still holds its own against most competitors at this price range.

Choose between an XBox controller and a Samsung Fit2.

How to get the most out of your Samsung Galaxy S7

Read up on tips, tricks and hidden features for the Galaxy S7.

Is Samsung's new Fan Edition worth getting?