Samsung Galaxy Note 9 camera review: Same as the S9. With some handy improvements

Luigi Palazzolo - 03 October 2018
Comment
Share
Tweet
For the first time, Samsung's new Note phone lets you use the stylus to take shots remotely. And improves on the S9's camera, too.

The Note 9 is the latest edition of one of Samsung's range of de-luxe Galaxy Note smartphones.

It's also home to the same dual lens camera as the wildly successful S9 and S9+, which pairs a 12-megapixel sensor, for standard and wide-angle shots, with a 2x optical zoom lens for close-ups.

Sold on the Samsung Galaxy Note 9? Take a look at a range of deals on our comparison page.

The two lenses that make up the rear camera have slightly different aperture levels: a respectable f/1.7 for the wide-angle and a f/2.4 for the secondary zoom.

Lens aperture is measured using a confusing system of “f-stops” that goes from f/1.4 to f/22.

The lower the number, the wider the aperture, resulting in more light entering the lens.

Conversely, a higher number means narrower focus, but at the expense of brightness.

All you need to know is that f/1.7 is a remarkably high number for a smartphone camera, topping the f/1.8 level seen on the iPhone X. And that this should translate in great performance in low light conditions.

The main camera, when used with default settings and in good light, produces the same excellent results as the Galaxy S9.

Colours are true-to-life and although they can appear muted when compared with some of its competitors, they're realistic, vibrant and never oversaturated. 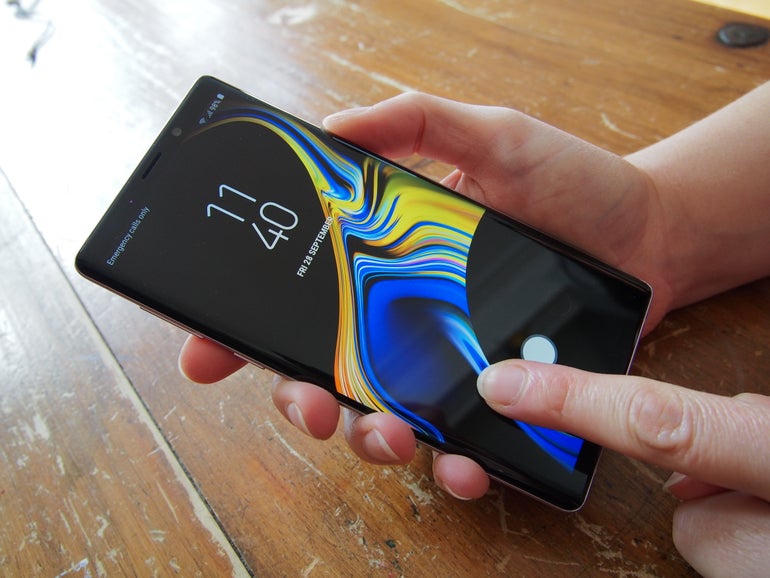 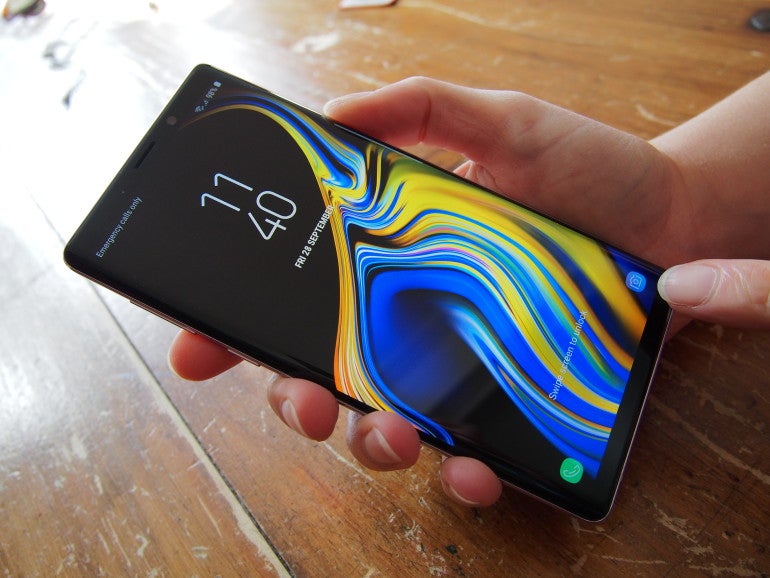 The camera app can be accessed by tapping on the icon that, by default, is placed on the bottom-right of the screen.

Alternatively, you can fire up the camera by double-tapping the hardware button on the right-hand side of the handset.

The camera interface is identical to all Samsung phones. It's clearly laid-out, fast and well designed.

It's also very easy to get to grips with, once you’ve worked out that swiping vertically switches to selfie mode and that swiping horizontally horizontally lets you flick through camera modes, such as Panorama, Slow-motion, Soft Focus and Hyperlapse.

Switching to video mode requires you to tap on the red-button placed on the left of the shutter.

That's all pretty standard and pretty easy to work out, even if you've never used a Samsung phone before.

We particularly liked that video recording starts immediately when you switch to video, unlike some other phones where you have to switch to video mode and then tap again to initiate recording.

The problem with this two-inputs system is that you too often end up forgetting to press record half the time and have to face the embarrassment to ask people to “repeat that speech. I forgot to record”. 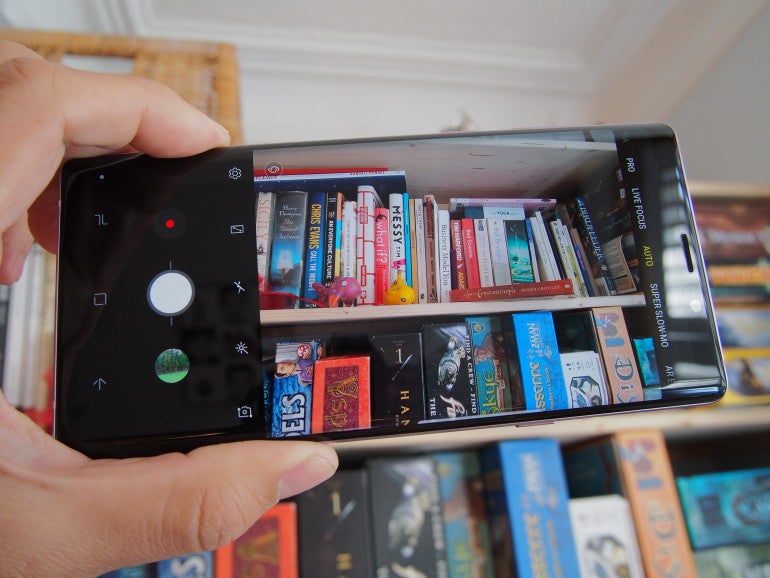 The feature that sets the Note 9 camera apart from premium phones from other brands, as well as the similarly specced Galaxy S9, is the S-Pen.

The little stylus that has been the unique selling point of the Note brand for years.

But for the first time it can now be used for opening the camera and remote shutter button, thanks to the wireless Bluetooth connectivity.

Easy to miss at first, you can activate this function by pressing on an eye-shaped icon at the bottom right of the screen when the camera is open.

This enables “Bixby Vision”, a utility that detects what you’re looking at and tries to give you more information about it.

It's broadly similar to the feature seen in the Amazon shopping app that allows you to point to search for products.

You also need to agree to a long list of permissions from third-parties, such as Foursquare, Weather Channel, Pinterest, Google and YouTube. As well as other lesser known services such as Azumio, that provides food recognition, and Vivino, a “wine-matching” app.

We found that in the main, Bixby Vision is a mite impractical and doesn’t always yield useful results.

For instance, the “wine recognition” function worked well when I pointed the camera at the old bottle of Prosecco that still remains in my dusty and almost empty wine rack, reporting a depressing 3.4 out of 5 stars review, taken from the Vivino database.

I can imagine this'd help when wine shopping. But I feel it may possibly make it harder to pick a wine before a member of store staff decides to escort out the strange guy who's been taking pictures of wine labels for the past hour. 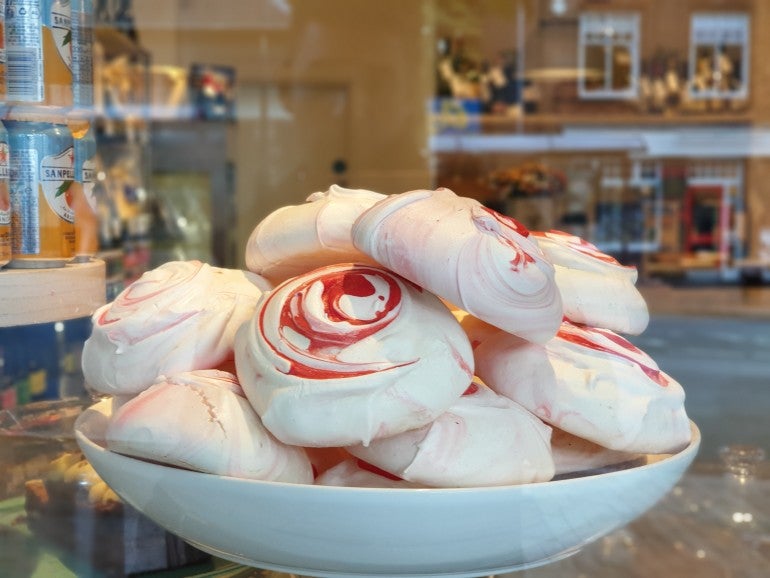 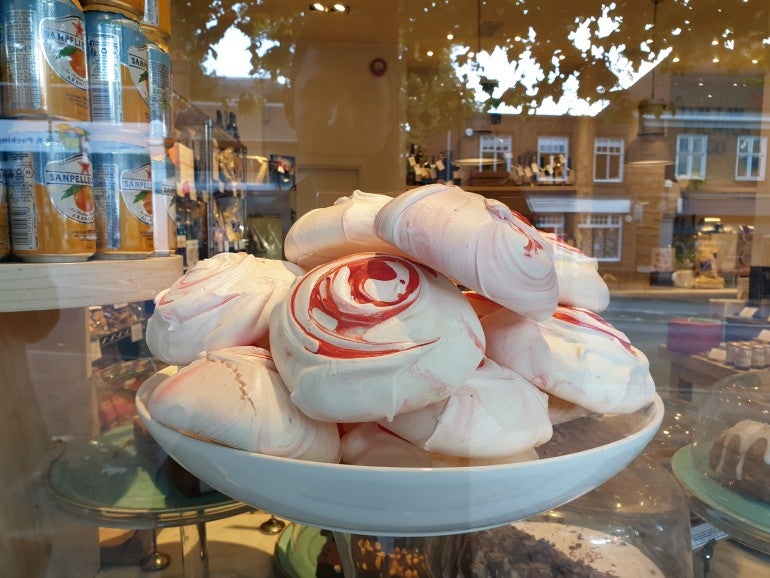 When it comes to bokeh shots, rival devices either offer a dedicated portrait mode or a more generic “blurred background” mode.

In a break from the norm, however, the Galaxy Note 9 provides a “Live Focus” feature that allows you to adjust the level of focus of the background to produce great-looking portraits and close-ups.

All pictures taken with this mode can be easily manipulated afterwards by adjusting the level of focus. You're also able to switch between wide-angle and close-up mode without any loss of detail.

Image quality is undeniably excellent, but it's best to keep the level of background focus around the mid-level for best results.

Portraits shot with Live Mode look great at first sight. But despite turning the skin-smoothing feature down to zero, I couldn’t help but notice that some skin smoothing and colour adjustment was still applied. 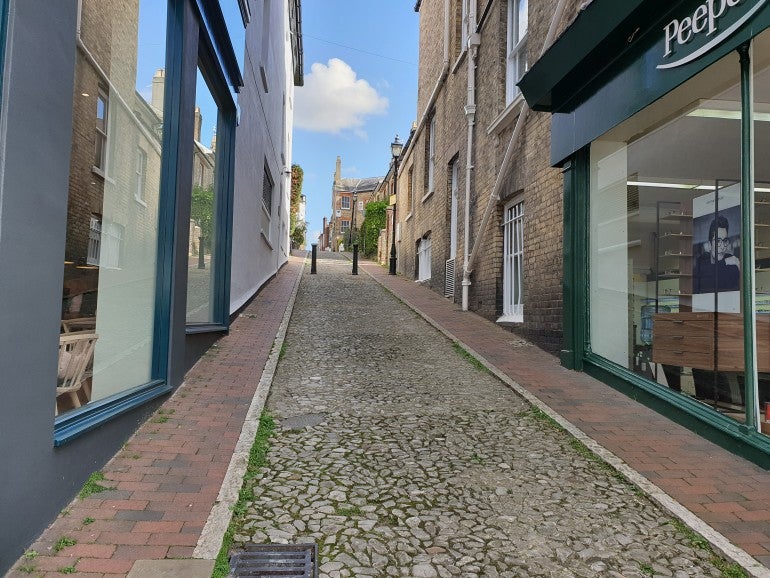 The Note 9 camera detected this correctly as a “Street scene” and produced this great shot.

The Galaxy S9 and Galaxy S9+ impressed us with consistently good results under a variety of conditions. And we're pleased to confirm that the Note 9, which packs identical camera hardware, performs just as capably.

There are, however, some improvements in the software powering the camera that you should be aware of.

With the Note 9, Samsung does away with the “Auto Enhance”, which was a one-tap, post-processing tool that never quite lived up to its promise.

It's been replaced by “Scene Optimizer”, a scene-detection feature that makes use of artificial intelligence to detect the type of scene you're trying to capture and adjusts exposure settings accordingly.

We found it detected the type of scene well. And more importantly, enhancements are very subtle. So you won’t see any of the heavy-handed oversaturation that we have seen in some competitors, notably from Huawei.

The Note 9 supports a 2x Optical zoom that provides extra options for framing landscapes, as well as helping with close-ups and portraits. 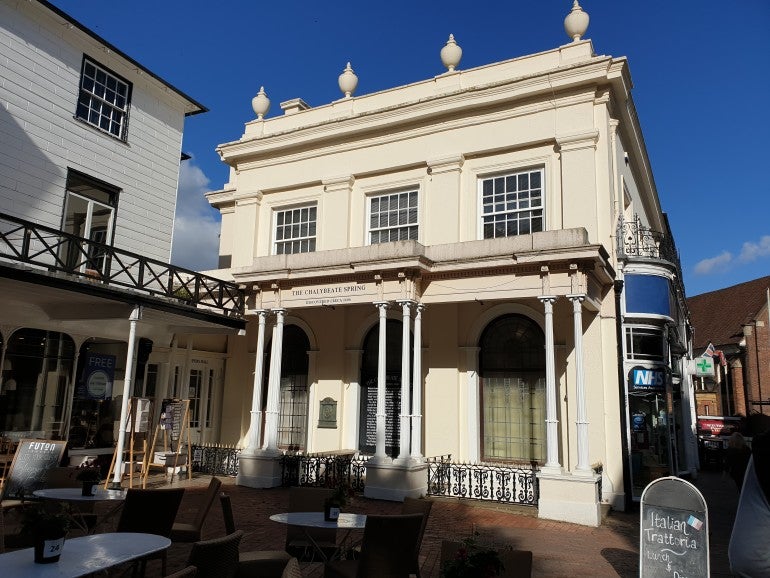 Dynamic range is pushed to the limits in the shots above, the camera copes well with brightly lit areas and shadows with minimal compromise. HDR, which combines multiple exposures for best results in these conditions, is on “Auto” by default and works flawlessy. 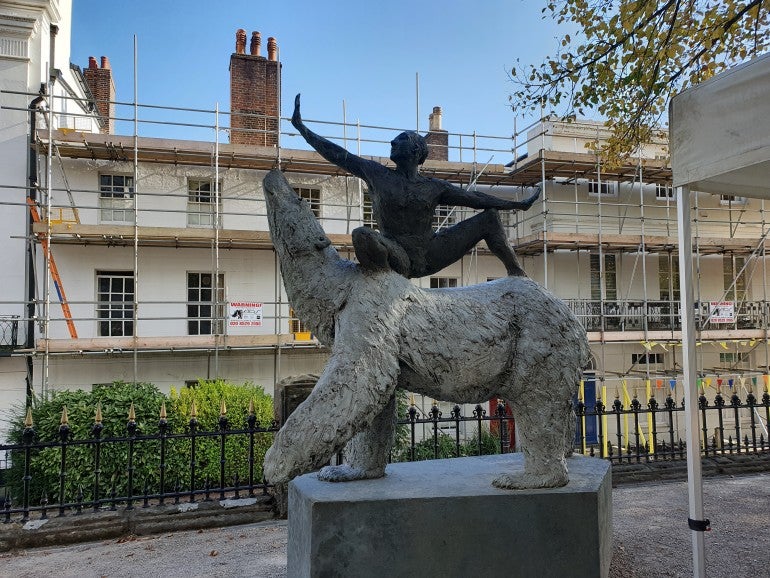 Another image with dark and light areas. Note that the bronze colour of the human figure is rendered correctly without washing out the blue sky. 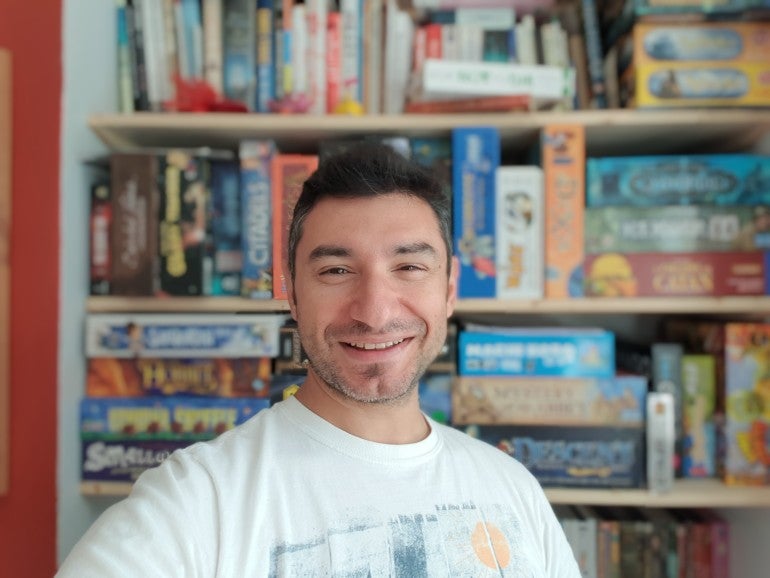 The front-facing, eight-megapixel camera serves up quite forgiving, flattering selfies even in low light conditions.

But as was the case with the S9, the camera tends to overdo skin smoothing and soft focus at the expense of detail. 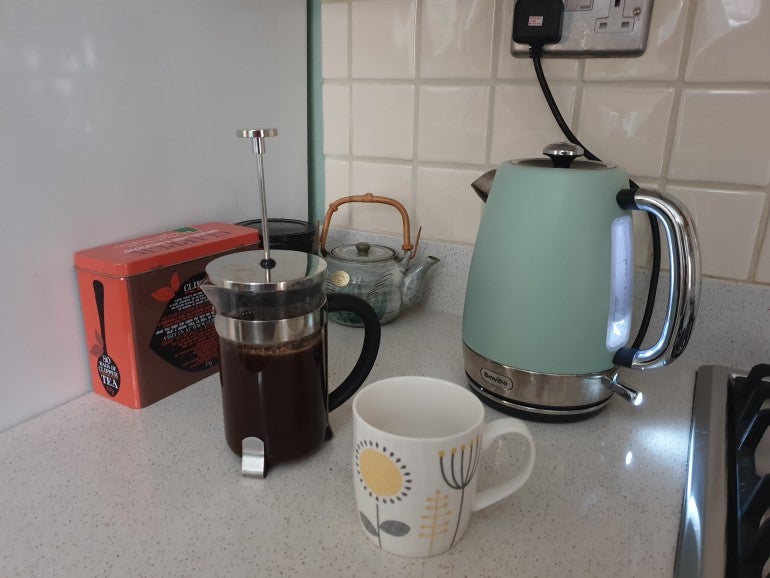 A dimly lit corner of the kitchen I always use for low-light testing. The Note 9 handles the challenging conditions with aplomb.

The Note 9 handles low-light conditions well. It never overcompensates and instead strikes the right balance between loss of detail and realistic colours. 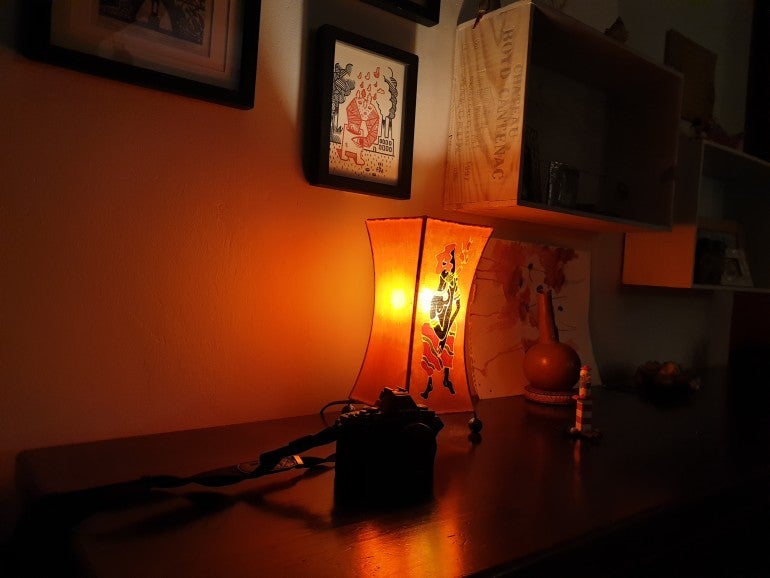 A more extreme low-light situation. Some darker areas are lost but I am impressed by the overall sharpness.

The Note 9 has identical video recording capabilities as the S9 and S9 Plus.

Maximum resolution is 2160p at 60fps (frames per second). And like its forbear, the Note 9 has got the same Optical Image Stabilisation technology, which helps to create smooth videos that we've come to expect from phones at this price point.

There's the option to record slow-motion footage, too. But this requires some practise to master and clips are limited to a few seconds due to their size and processing time. 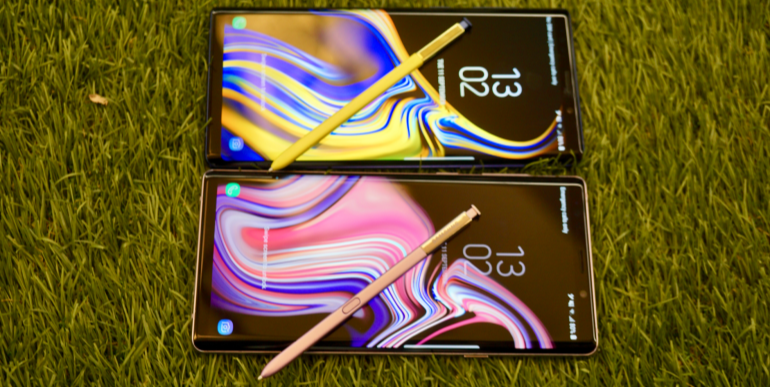 The Note 9 takes the high-quality, dependable camera seen on the S9 series and improves a key area by replacing the inconsistent Auto-enhance mode with a well implemented scene-recognition feature.

Better dynamic range and impressive low-light performance put it above the iPhone X. And if you’re looking for the best device for holiday snaps, it's fair to say that there's very little out there that comes close to the Note 9.

The ability to launch and control the camera remotely via the S-Pen stylus is also a great addition. And I'm sure fans of the stylus will find plenty of uses for this industry-first.

People’s portraits are the only area where there is room for improvement. While the camera is certainly capable of producing beautifully lit shots, until Samsung drops their fixation with skin-tone enhancement and smoothing, they will still be behind Apple when it comes to producing striking portraits.

Overall however, I’d have no problem in picking the Note 9 camera as one of the most accomplished smartphone cameras out there.