September officially marks the end of summer and is a time of changing leaves and changing channels. Autumn is traditionally the season of new seasons, with brand new shows and new seasons of old favourites returning in force along with the cooler weather.

There’s Something About Movies with Jennifer Saunders and Michael Sheen 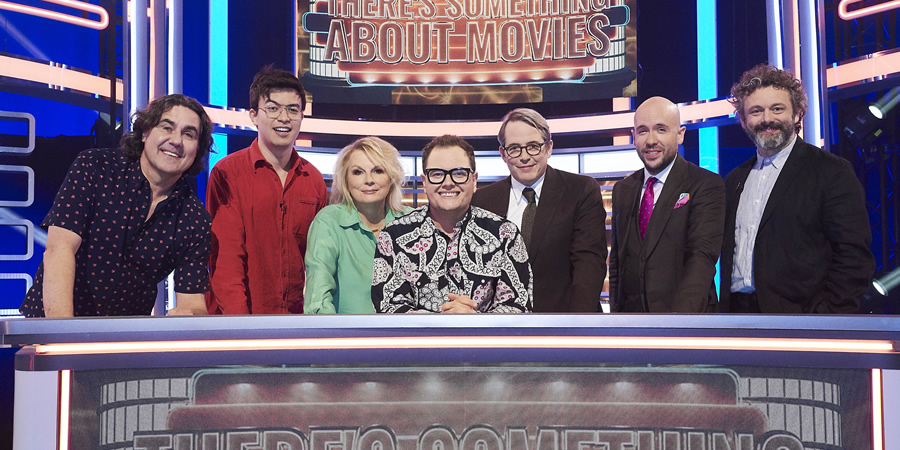 Comedy legend Jennifer Saunders joins Michael Sheen as team captain in the second series of Sky’s ‘There's Something About Movies’. The new series is set to film throughout September and premiere on Sky One and NOW TV in the autumn.

Jennifer Saunders commented: “Having been a guest on the show last series I feel sure that I am the perfect person to go up against Michael Sheen as a team captain in There’s Something About Movies. With my huge knowledge of films and laser-sharp brain, I’m up for any challenge they can throw at me and my team of famous faces. Bring it on!"

Michael Sheen said: “I am of course a huge fan of Jennifer and we had such a great time with her as a guest on the first season. Absolutely thrilled that she will now be my rival team captain. Really looking forward to it.”

The host of the show, Alan Carr, added: “Beyond thrilled to have Jennifer Saunders joining the ‘There’s Something About Movies’ team. Not only is she comedy royalty but her iconic French and Saunders film parodies make her the perfect team captain when it comes to the movies and taking the mick out of them.”

Co-created by Joseph Gilgun and BAFTA-winning writer Danny Brocklehurst, the Sky Original show has been renewed for a second series before its first one even aired, with all episodes available today on Sky One and on streaming service NOW TV.

The second season will see the return of Vinnie’s gang, who reunite for even bigger and bolder misadventures around the fictitious rural Lancashire town of Hawley.

Based on the critically-acclaimed Norwegian drama Valkyrien, Temple follows the story of a surgeon who operates an illegal clinic beneath London’s Temple tube station.

The semi-autobiographical sitcom written by and starring Romesh Ranganathan returns, following the struggling owner of a local pub, which was left to him in his father’s will.

City on a Hill

Kevin Bacon stars in the fictionalised account of what was known as “The Boston Miracle” that took place in the 1990s. This dramatic policing strategy was implemented in response to the growing gun violence in inner-city Boston at the time.

‘City on a Hill’ see a corrupt FBI agent (Bacon) partner with DA Decourcy Ward (played by Aldis Hodge) in order to subvert the entire criminal justice system of Boston.

This four-part Sky original drama stars Academy Award® winner Helen Mirren as the iconic Empress, as she embarks on a passionate affair with Grigory Potemkin (Jason Clarke), amid a backdrop of scandal, intrigue and immense conflict.

All four episodes will be available for streaming on NOW TV as well as Sky Atlantic on Thursday 3 October.

Jude Law and John Malkovich return for the follow-up to The Young Pope, written by Paolo Sorrentino with Umberto Contarello and Stefano Bises.

Produced in collaboration with HBO and Canal+, the Sky original limited series will feature returning characters as well as a host of new faces including Sharon Stone and Marilyn Manson.

What do you get when you mix an ex-navy seal and an ex-member of One Direction? Ant Middleton & Liam Payne: Straight Talking will premiere on Sky One and NOW TV in November 2019. The brand-new interview special follows the unlikely duo as they travel across Namibia on a journey of honest conversation and self-discovery.

Conversation between the pair is candid and revealing as they bond on their trip, with only a 4x4, a backpack and each other’s company with them as they drive into the heart of big game country and camp under the stars surrounded by some of the world’s deadliest animals.

Sky Atlantic and NOW TV head back to the year 45AD this autumn with the second season of Britannia. The Sky original drama series is set to take a bigger, bolder, more bizarre look at ancient Britain, with warrior queens and dead men causing chaos in a world where Gods hold power over everyone.

Walter, Agnes and Valentine are back for a second season of the award-winning Sky original. Created, produced, and starring Idris Elba, In the Long Run is loosely based on Elba’s own childhood growing up on an estate in 1980s London.

With a warm roster of returning actors on hand, including Madeline Appiah, Jimmy Akingbola and Kellie Shirley, the second series promises another joyful dose of 80s nostalgia.