Google unveiled a number of new products at its virtual launch event on 30th September, one of which was the new Google Chromecast, now coming with Google TV and a long-awaited new accessory. Though the previous iteration of the Chromecast has long been a popular option for those wanting to stream content, it had one significant limitation: it didn’t have a remote.

In order to stream on an existing Chromecast, you would need to play the content on another device and then connect it to your Chromecast so you can cast it to the screen.

That’s all in the past with the unveiling of Google TV, a platform not too dissimilar to the competing Apple TV in which users are able to connect to services such as Netflix, Amazon Prime Video and, of course, YouTube and stream directly from within Google TV.

This also means that the new Chromecast with Google TV also comes with a remote, making browsing and streaming so much easier. 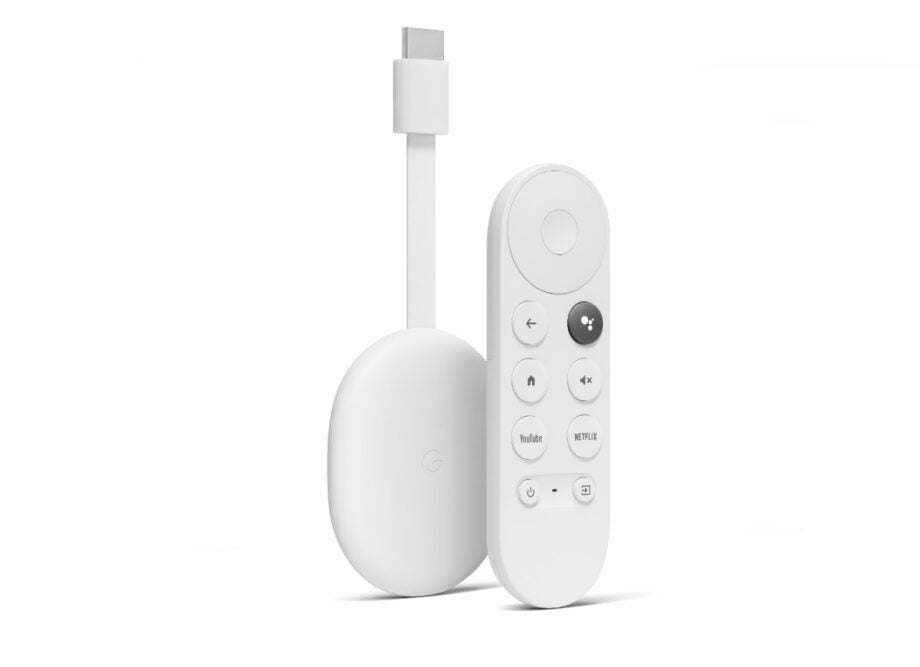 The Chromecast with Google TV can stream in 1080p or 4K HDR with support for the HDR10+ and Dolby Vision formats. It also supports DTS, Dolby Audio, Dolby Digital Plus and Dolby Atmos formats, making it an impressive little device for those looking to replicate the cinema experience at home –– especially seeing as we probably won’t be going to the cinema anytime soon.

The Google TV interface is also a lot more intuitive than the old Chromecast, allowing you to search and browse content across all your streaming subscriptions in a single screen.

The ‘For you’ page allows you to discover content from Netflix, Disney Plus, Prime Video and YouTube all in one place, making it easier to find new movies and TV shows to binge.

One feature that’s missing from the Chromecast is Stadia, which may not be a deal-breaker for most, but it’s a shame that you won’t yet be able to combine all your media into one place.

The Chromecast with Google TV looks to be a versatile and powerful little device that may well become the standard for streaming sticks. Pair it up with a strong broadband connection and you’re one step closer to a fully-connected smart home of the future.

Take a look at our latest TV deals to see what channels you could get access to.