Every year, Uswitch runs an independent Energy Customer Satisfaction Report, surveying more than 5,000 energy consumers. Consumers are asked to give their opinions regarding satisfaction with their supplier(s) across 12 categories: having their say on everything from customer service to reward schemes, transfer processes to meter services.

Here's how the big six and the two largest independent suppliers fared for 2017: 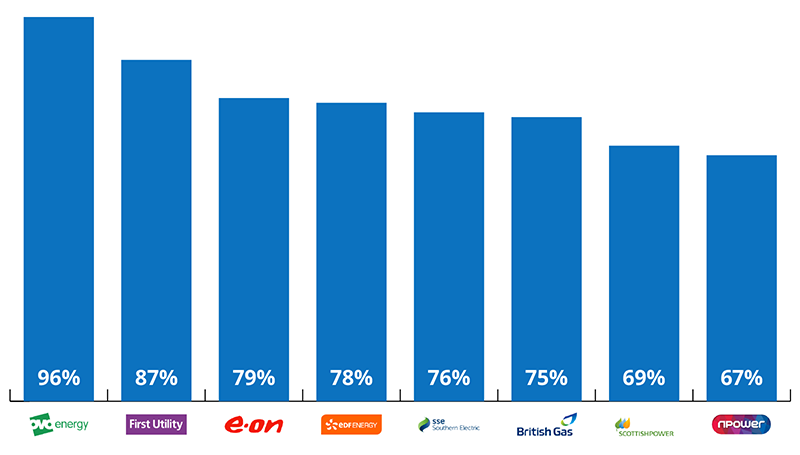 The two smaller suppliers included in the survey, Ovo and First Utility, came out in the top two spots for overall customer satisfaction.

Ovo Energy swept the board for the third consecutive year, with an overall satisfaction rating of 96% – the highest in the report’s 11-year history.

Big six supplier E.ON comes in third and top of the big six for the fifth year in a row with a 79% rating, up three points from last year.

By contrast, npower’s rating of 67% sees it in last place for the ninth consecutive year, but gains it the title of most improved supplier going up an impressive ten points.