Enter your postcode below to compare green energy providers and deals.

What is green energy? 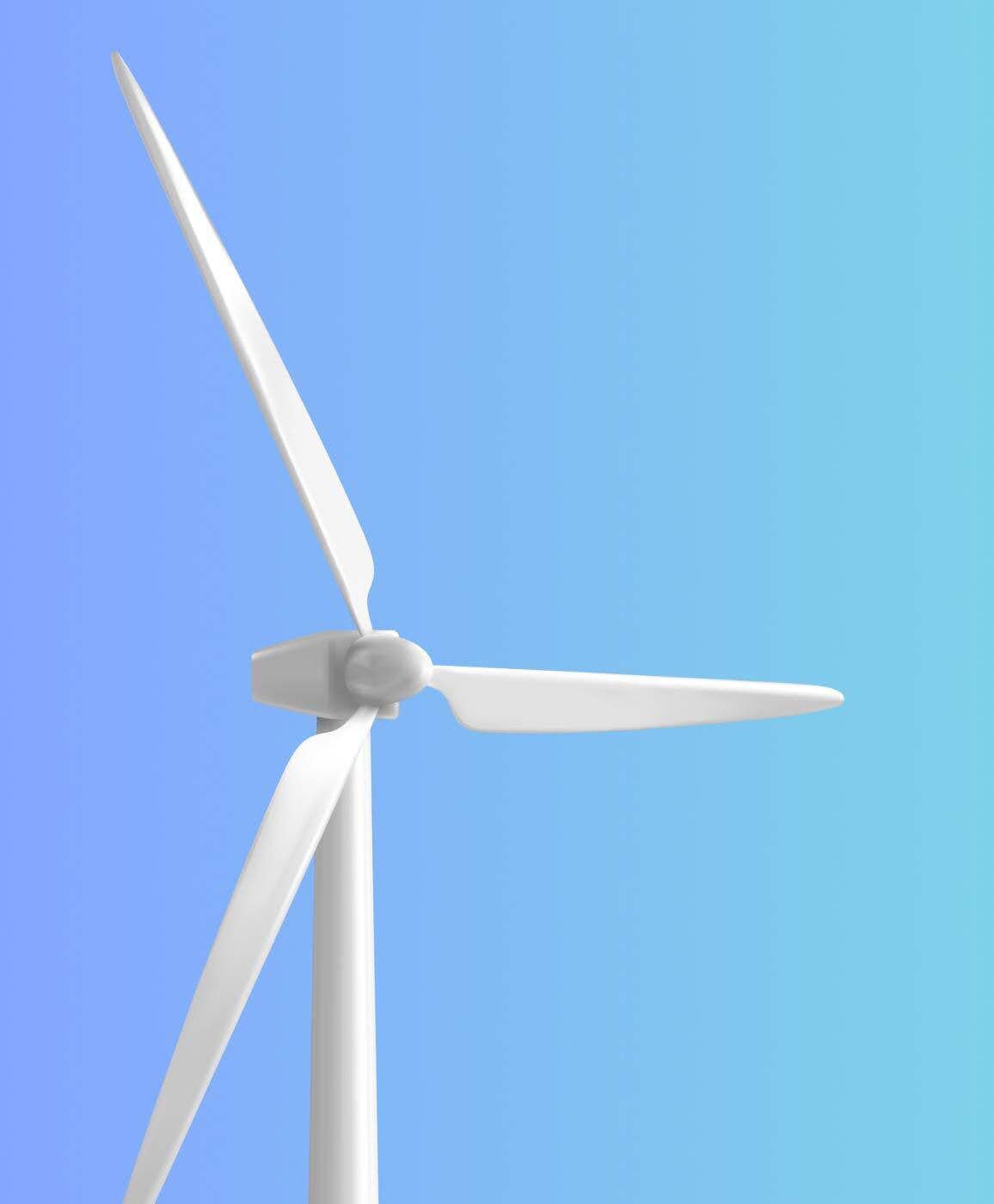 Green energy, also referred to as renewable energy, is generated from natural and renewable resources that can be replenished and do not harm the environment — as opposed to being generated by finite resources such as oil or coal that also produce harmful greenhouse gas emissions.

Green energy can be generated from a range of sources, including the tides, the Sun, the wind and more.

Green energy is a particularly appealing concept to many people because, unlike fossil fuels, such as coal and oil, renewable energy sources will not run out and it will not harm the environment in the same way energy generation from fossil fuels does.

Why should I switch to a green energy tariff? 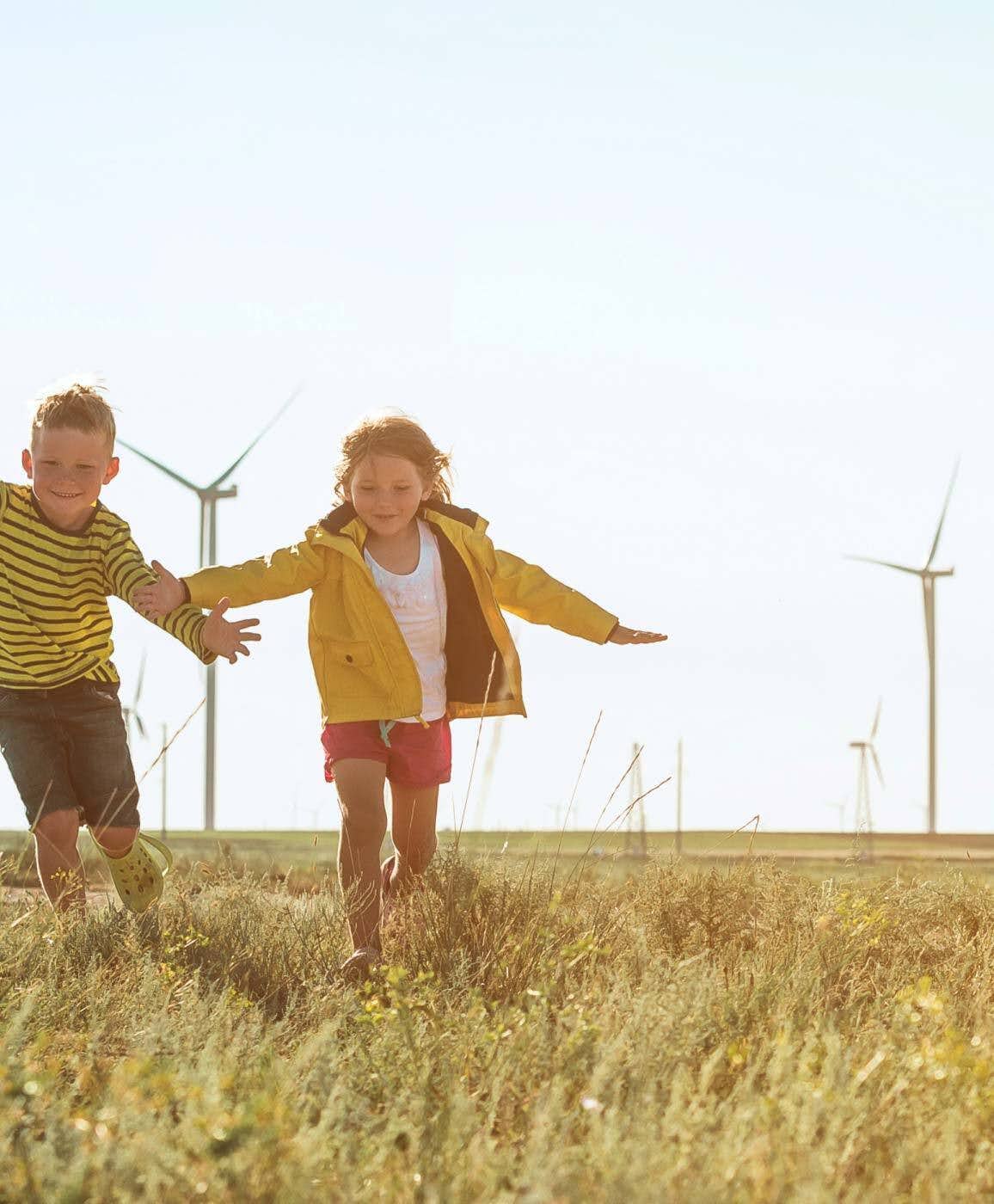 The key draw of a green tariff is in helping the planet in the fight against climate change by powering your home via clean renewable energy rather than harmful fossil fuels.

Many customers can save money on fixed green energy tariffs when they're compared to standard variable tariffs, which have long been the most expensive tariffs on the market.

The more green tariffs customers sign up to, the more funding can be contributed to renewable energy generation projects around the country. 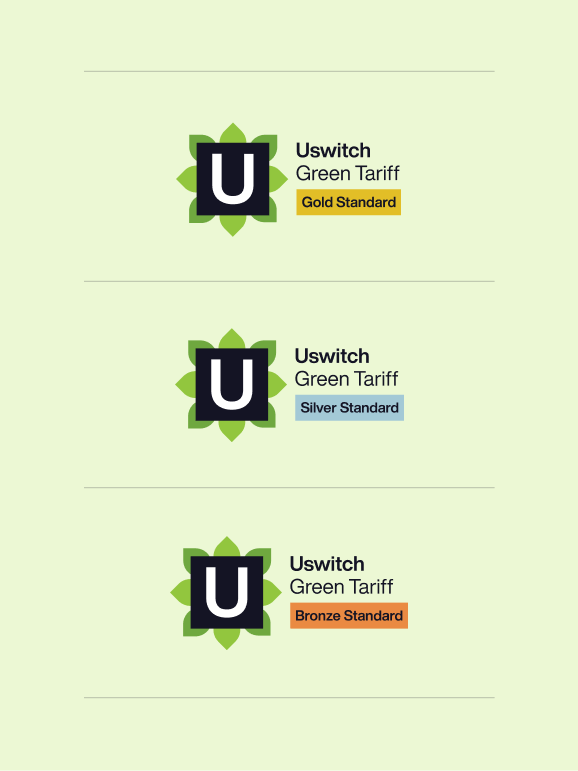 Ready to switch? Uswitch's pioneering Green Accreditation scheme is here to help you make a well-informed choice.
1. Run an energy comparison below and look out for the ‘green plan’ badge on your results table. You can also filter the results by renewable energy plans.
2. In ‘plan features’ on the results page select ‘green plans’. You can choose from Gold, Silver or Bronze accredited plans, which have been categorised based on the amount of renewable energy suppliers directly buy and the level of investment they are making to support the growth of renewable energy.
3. Once you’ve chosen your new green energy plan, we’ll handle the rest of the switching process for you. Your new renewable energy supplier and your current supplier will agree on a switching date and you’ll receive a welcome pack.

Find the best green tariff for you

Below are just a few examples of green tariffs available through Uswitch*. To see all green deals available in your area, enter your postcode at the top of the page to start your energy comparison.

At least 42.9% of electricity bought from renewable generators under PPAs

*Tariffs may come off the market at short notice and the tariffs above may not be a current representation of market availability. Please run a full energy comparison for all green energy deals currently available in your area.

What our customers say

“Quick and easy comparison and switch”

"Saved £244 on switching to another energy provider great site to use easy and quick."

Find the green supplier that suits you

Explore green energy deals from big names and disrupters across the market to find the one that's best for you. 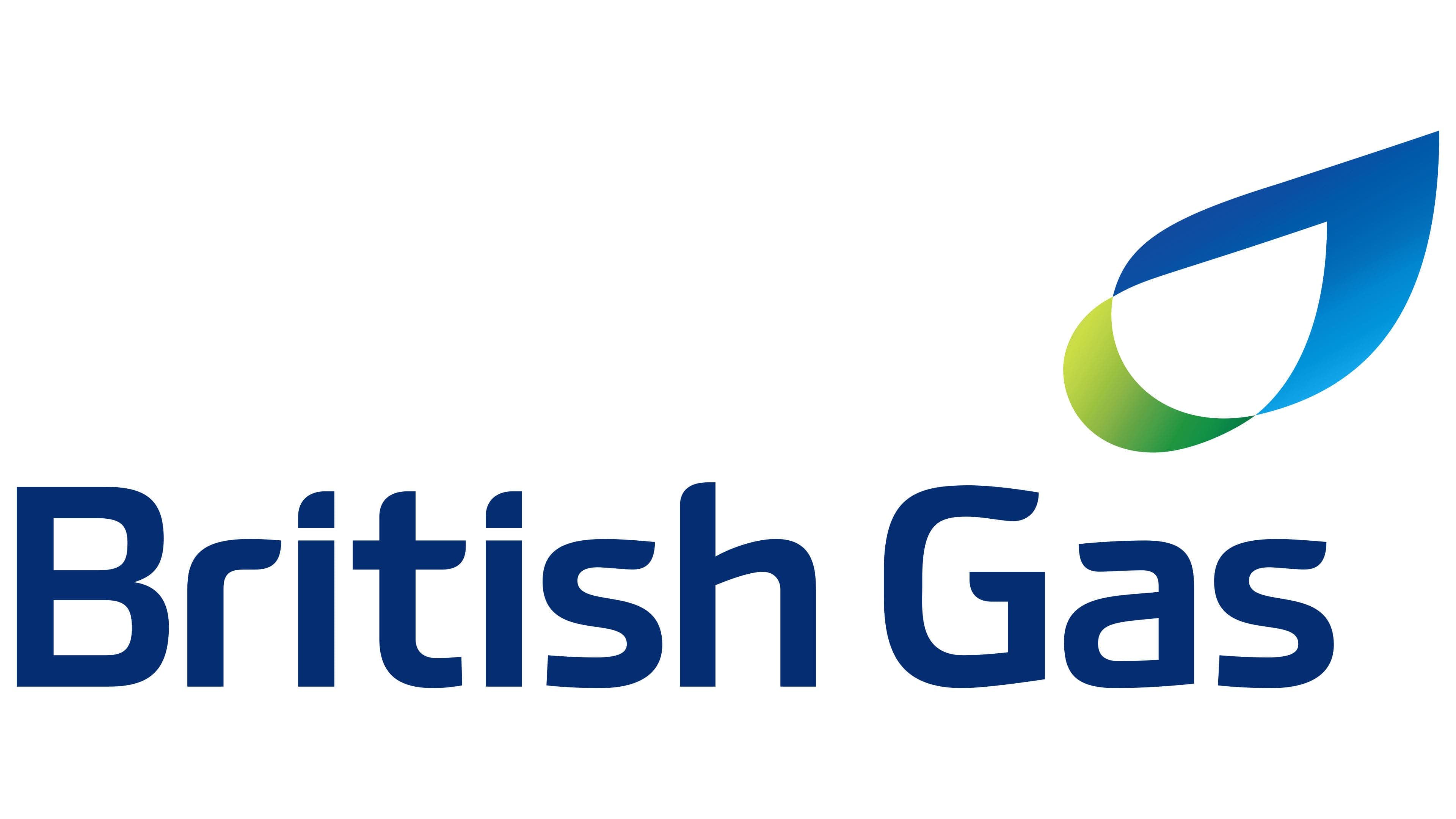 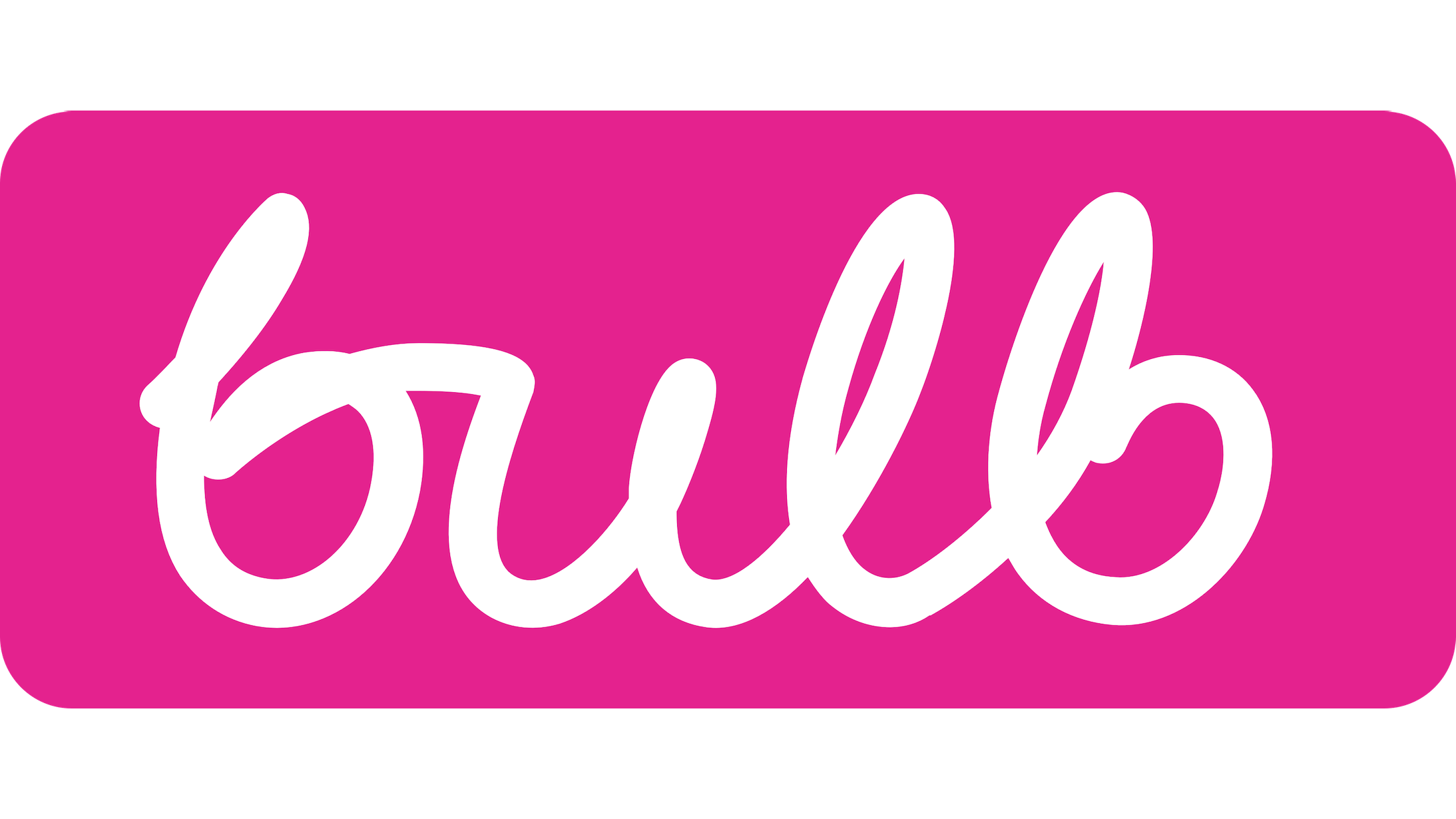 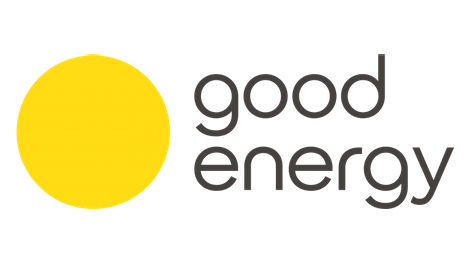 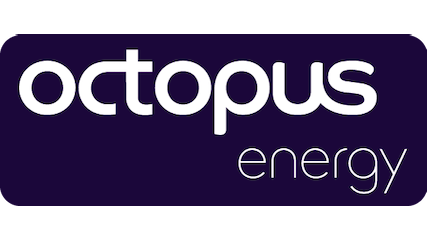 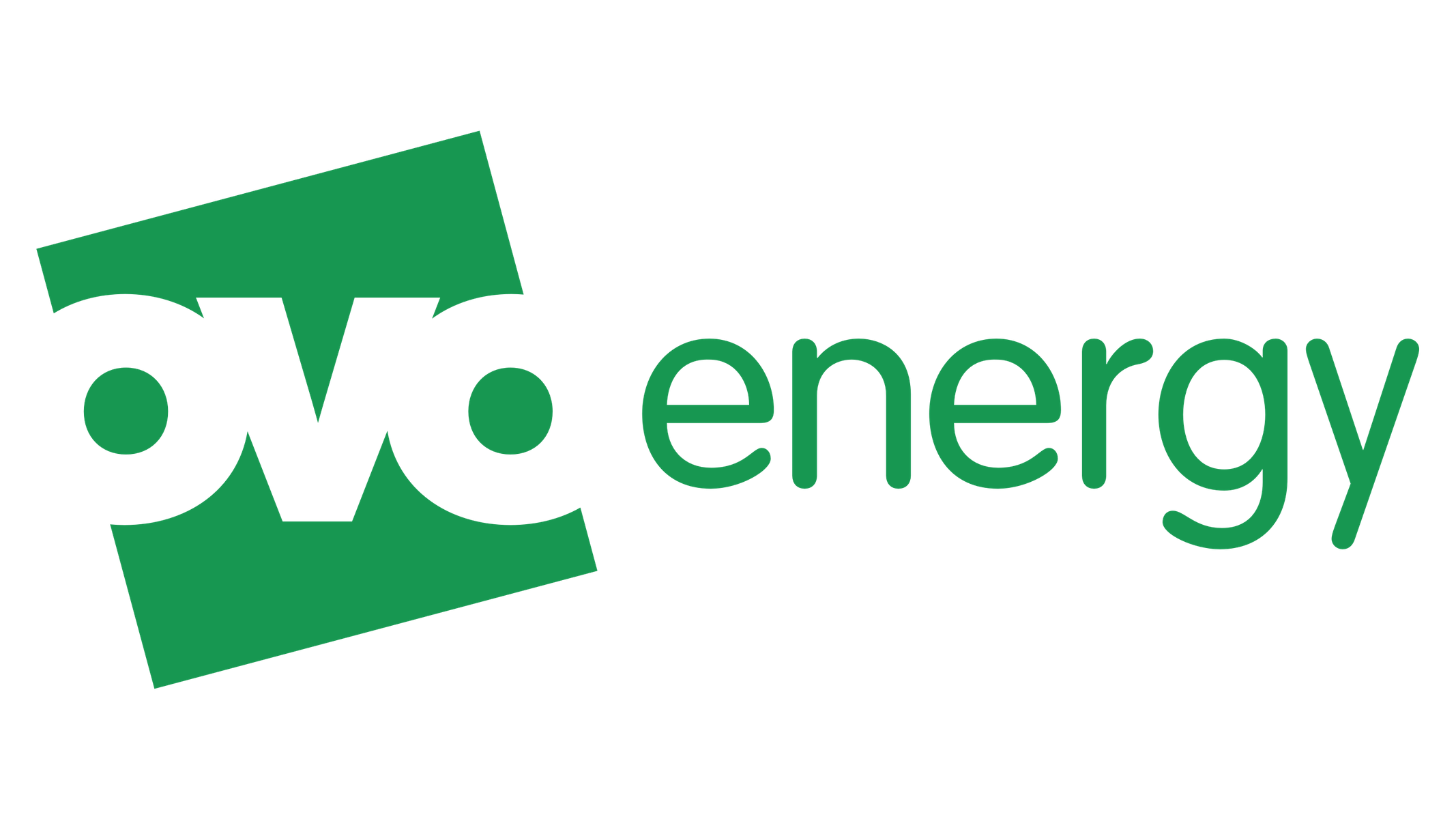 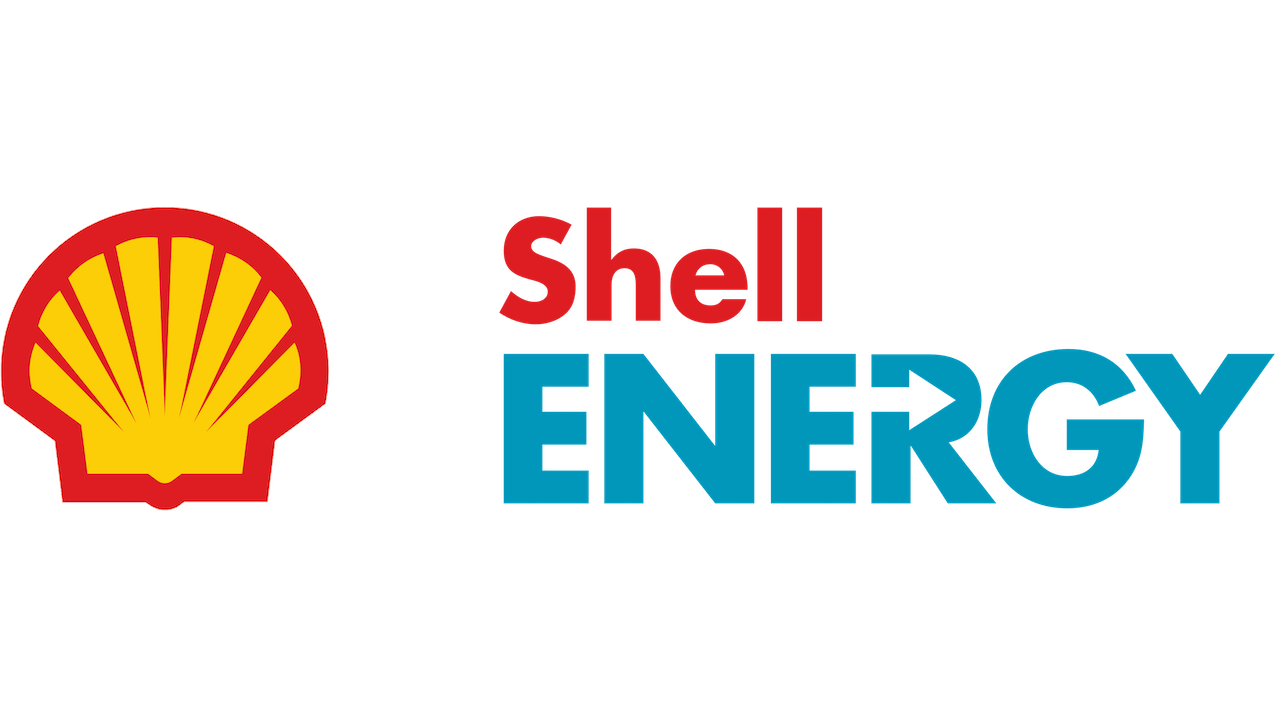 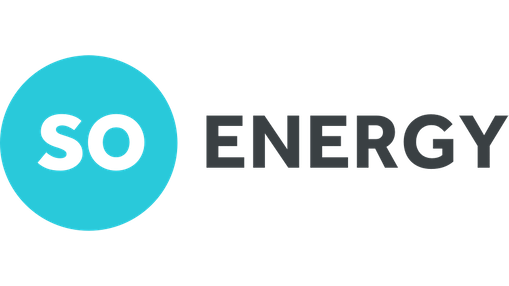 What could you do to offset your carbon footprint?

Most green energy plans offer 100% renewable electricity, while many suppliers are also beginning to offer a level of “green gas” by turning organic matter into biomethane. Green gas comes from a process called anaerobic digestion, where bacteria is used to break down food or farm waste to produce gas. This green gas is carbon neutral as it is produced from materials that absorb CO2 that is then released back when the gas burns.

Hopefully in the future all gas can come from renewable sources but at the moment, there are not enough biomethane plants in the UK to make it a cost effective alternative to fossil fuels. This means suppliers still have to use natural gas to make sure customer demand is met. Some suppliers invest in additional carbon offset schemes to make sure the natural gas used is carbon neutral, even where green gas is not available.

Renewable energy is now much more reliable and its availability is increasing every year, making it a cheap alternative to traditional, fossil fuel backed energy.

Having said that, more still needs to be done in increasing renewable generation and renewable energy uptake and some suppliers are contributing to achieving that in the future. When you choose Uswitch Gold Standard Green Tariff, you will be supporting that increase in future use of renewable energy.

It's easy to shop around for the best green energy deal for your circumstances with Uswitch. Simply enter your postcode into the box at the top of the page and provide a few details about your energy usage, and we’ll show you the energy plans available in your area, including renewable energy deals.

Green energy plans can cost a little more than non-green plans, but what’s important to note is that they will almost always still be cheaper than a standard variable plan. While your green plan may not be the absolute cheapest deal on the market, a fixed deal should still be at the lower end of what’s on offer.

The best green supplier is different for everyone. Each supplier operates differently, has varying prices for tariffs and offers different things to customers. You may prioritise the cheapest deal, or a supplier with a strong customer service record. Make sure you research the different green energy suppliers before signing up to a deal to make sure you’re completely happy with your choice.

When it comes to choosing a green energy supplier, everyone prioritises different things. Price could be key for you, and while green tariffs are generally a bit more expensive than non-green tariffs, a fixed green deal will still probably cost you less than a standard variable tariff.

If the source of your green energy is important to you, check potential green suppliers' fuel mixes to see how the green electricity is sourced. This will allow you to see which providers are actually green and which might still be generating a percentage of their power through fossil fuels. When it comes to green gas, the best way to check is via the Plan Info section accessible through the results table when you compare energy deals through Uswitch. This clearly explains how green the green tariff is, assuming you've selected one. It's important to be aware that any green gas generated is almost certainly going to be mixed with natural gas as the UK doesn't produce enough green gas to supply the whole country. However, most companies offer carbon offsetting as an alternative to green gas, so ensure you have a look at the way they do this before signing up.

There are other factors that might affect which green energy supplier you use, such as customer service records and rewards or add-ons. Make sure you know what your priority is, and use that to guide your decision.

Electric vehicles use electricity, but whether the electricity is green or not is up to you and the tariff you sign up to. The electricity is only green if it comes from a renewable source which, if you’ve decided to invest in an electric vehicle, should already be something you’re thinking about. If the electricity you power your vehicle with isn’t renewable, it negates the point of buying the vehicle in the first place and will result in a less positive impact on the environment.

Aside from switching to a green energy plan, you can also get involved in renewable energy by generating your own.

Depending on the resources available to you in your home, it could be possible to generate your own domestic electricity in many ways:

If you are thinking about generating your own renewable electricity, there might be incentives that you could benefit from. Have a read here about what Ofgem offers.

Some customers can also generate own heating, using one of the following methods:

Biomass may be counted as renewable source of energy, but it isn’t as clearcut a source as the likes of solar or wind energy. The main issue is that burning biomass waste releases CO2 and carbon monoxide into the atmosphere. Because plants and trees can be planted to replace those used in the process, it’s still technically a renewable energy source, but those harmful effects of biomass production have meant that many energy suppliers are now reconsidering its place in their fuel mixes.

The material needed to power a nuclear power plant is not renewable. The rare type of uranium that most plants use is a finite resource like coal so, although nuclear power plants generate clean power that doesn’t pollute the environment when it’s generated, it can’t be truly called renewable.

Find in-depth information on everything you need to know about comparing green energy suppliers and deals. Air heat source pumps are semi-renewable and can save you money on your home heating costs. But are they right for your lifestyle and property? 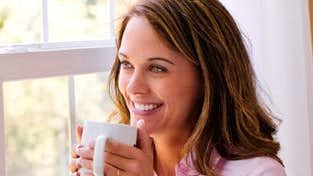 What is a ground heat pump, how does it work, and how effective it is for reducing your carbon footprint at home? Find out everything you need to know. 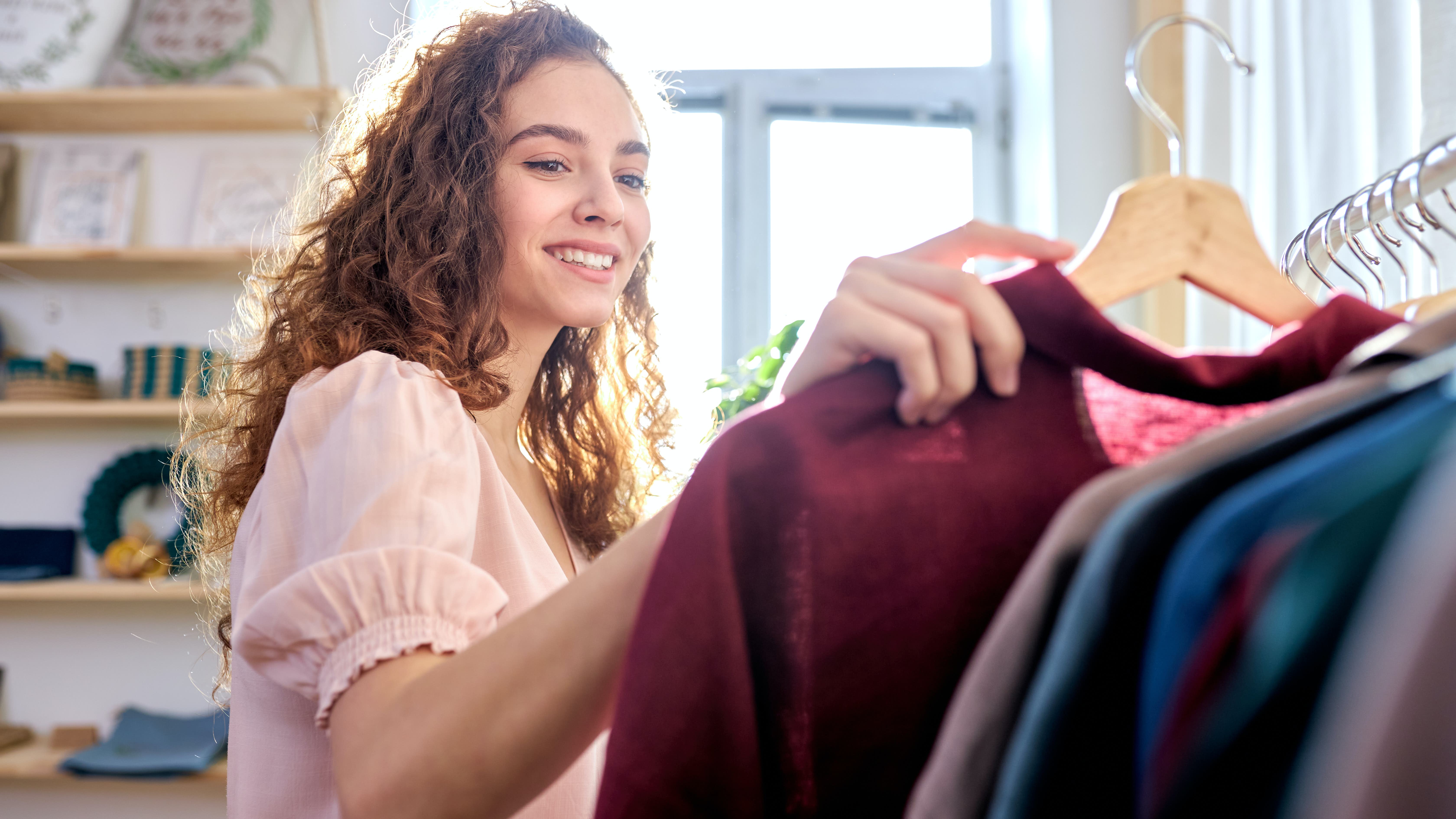 Sustainable fashion: How to reduce your eco impact | Uswitch

Fast fashion is one of the biggest polluters on the planet. Read Uswitch's sustainable fashion guide to find out how you can reduce your environment impact. 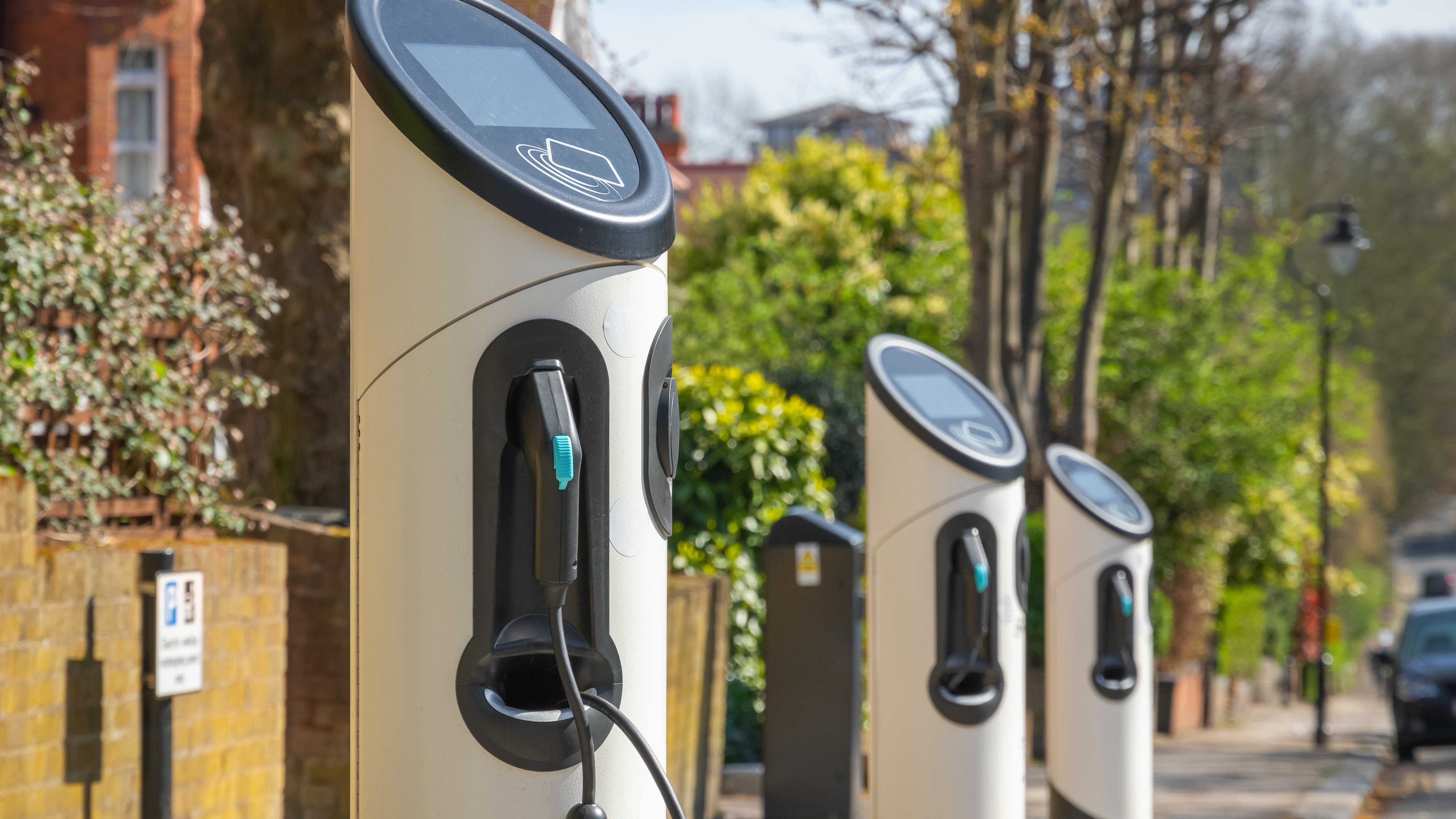 Car emissions: How to reduce your car pollution | Uswitch

Transport is responsible for 27% of total UK greenhouse gas emissions, but what can you do to reduce your car emissions? Read what you can do here. 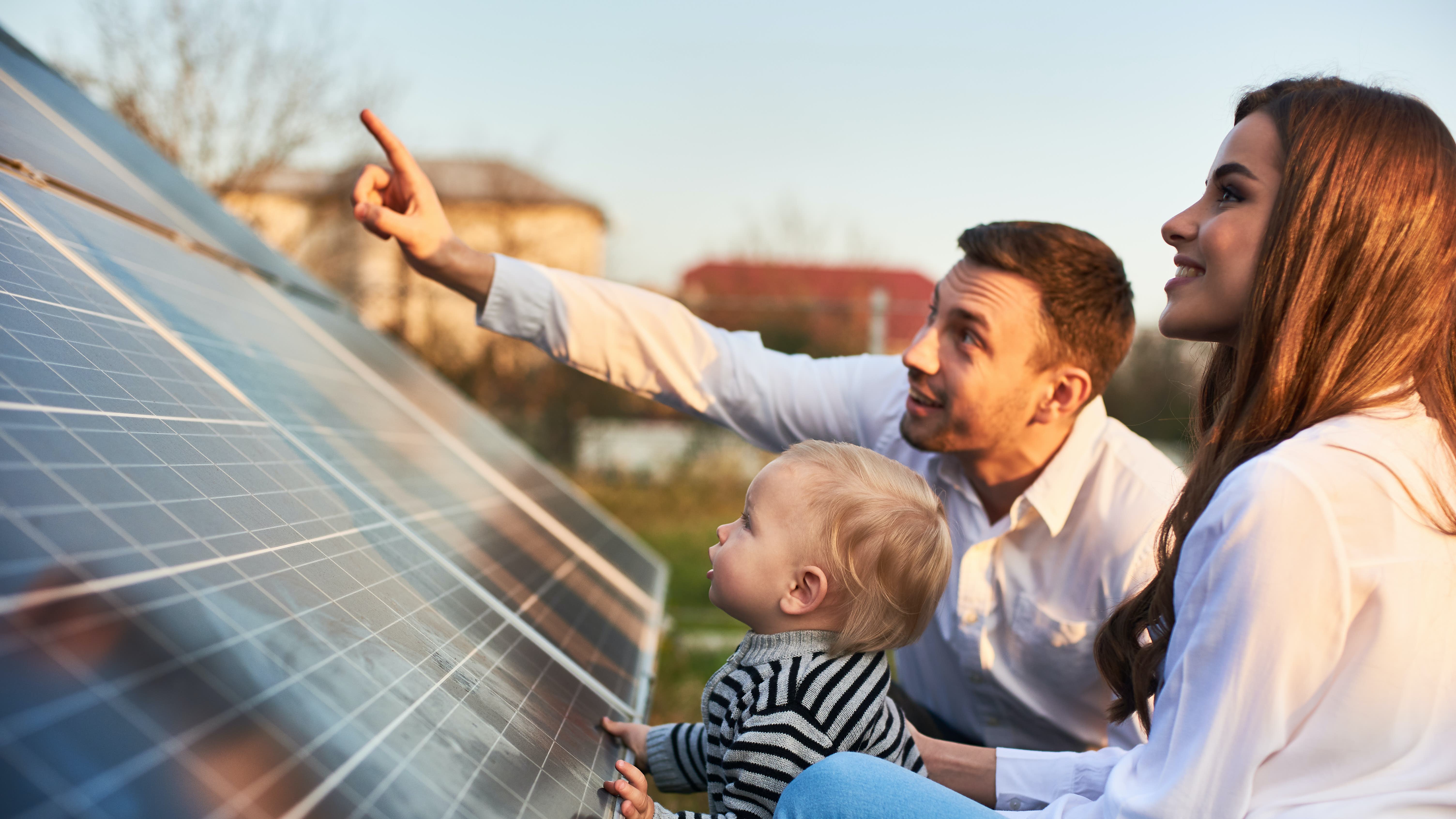 Looking to reduce your eco impact at home? Read our low carbon heating guide to find out how you can have a more eco-friendly heating system. 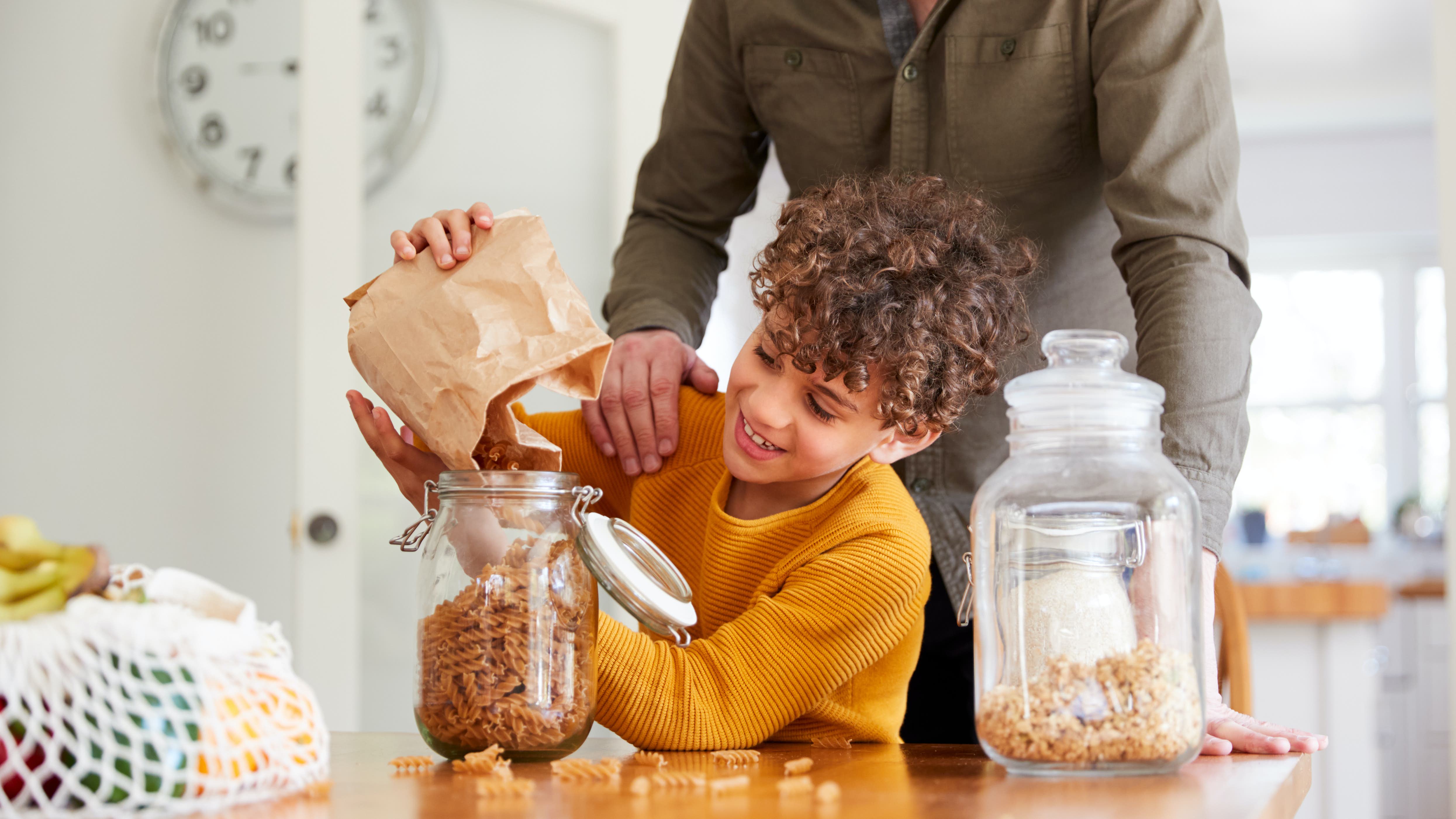 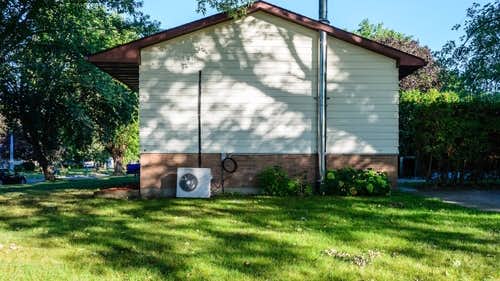 What is the Boiler Upgrade Scheme?

The Boiler Upgrade Scheme replaces the Renewable Heat Incentive from 2022 - find out what it is and how you could benefit from it here. 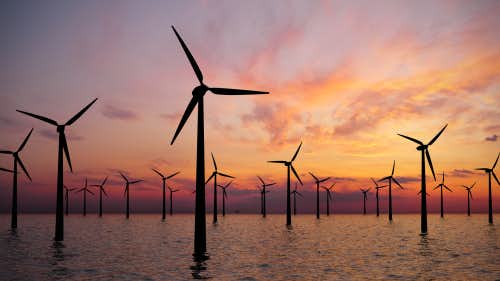 Wind farms: What are the pros and cons of wind energy?

How do wind farms produce and supply energy? This Uswitch guide to wind farms explains how they work, along with a rundown of the pros and cons of wind energy.

Everything you need to know about microgeneration for your home, including wind, solar and small-scale renewable energy sources.

What is the renewable heat incentive (RHI)? 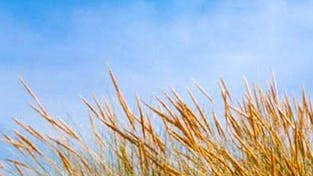 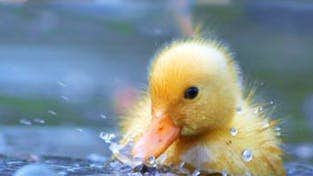 Hydropower for the home

How does hydropower work? Is a domestic system feasible? How much does it cost, and what are the main benefits of hydropower? We’ve got the answers here.

Switching is faster and easier with Uswitch 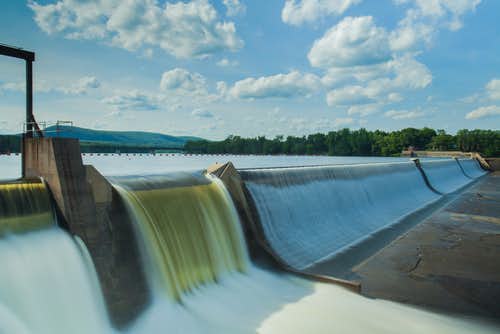 See what's happening in the world of green energy with our latest news articles. 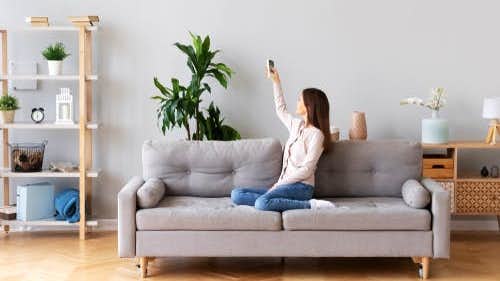 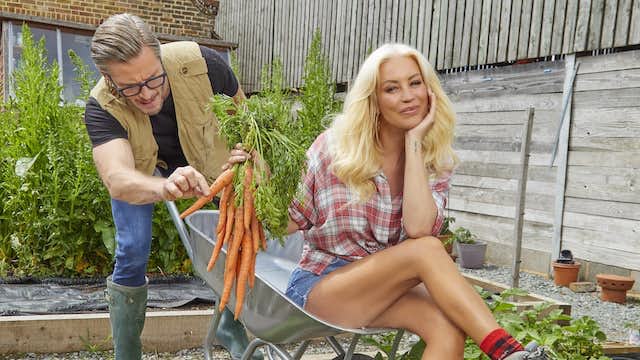 Brits living the Good Life as they become more self-sufficient