5G is the next generation of smartphone technology. Now well into its rollout, there are a huge range of exciting 5G smartphones already available. But to use a 5G phone, you’ll need to pick up a 5G SIM card.
Filter by:Clear all

5G
EU roaming included
3 months Free Disney+
Black Friday deal
40GBdata
£10.00per month
Can't find what you're looking for?
Uswitch services are provided at no cost to you, but we may receive a commission from the companies we refer you to. To find out more about how our site works, click here. If a deal is ‘promoted’ on Uswitch’s tables, then it has been lent additional visibility as a result of us securing exclusivity on a great deal, or a commercial agreement to showcase what we believe to be market-leading value to consumers.
Trustpilot

Can I get a 5G SIM card with unlimited data?

One way of making sure you never run out of data on 5G is by getting a deal that offers unlimited data, and thankfully there are unlimited 5G data deals from the likes of Vodafone, Three and more.

These deals tend to be more expensive than limited options, however. So it's good to use a mobile data calculator to figure out how much data you usually use, and therefore what budget you can keep to.

There's a wide range of cheap 5G SIM only deals to choose from.

One thing to remember is, if you do use 5G to stream and download, you might end up using a lot of data quite quickly. And charges for going over your data cap can sometimes be expensive.

So it's worth looking out for a deal that has enough mobile data to suit your needs.

When is 5G coming to my area?

The 5G era is well under way, most major 5G networks up and running throughout the UK, so let's see how they all stack up.

Check out our EE deals.

Vodafone has made a big statement with its 5G offering by shaking up the traditional 'data allowance' system and instead offering unlimited data in a tiered speed system, similar to what you might get your broadband

Vodafone has also now launched 5G and unlimited data for all its pay-as-you-go customers too. This enables people to benefit from the blistering speeds of 5G without the confines of a monthly contract.

Check out our Vodafone deals

After a bit of a delay, Three's 5G was launched in February 2020, with the rollout initially covering 66 UK locations including London, Leeds, Glasgow, Bristol, Manchester, Liverpool, Aberdeen and many more. It’s now extended to 303 locations at the time of writing so that’s great coverage.

Three has dubbed its 5G as the ‘real 5G’ because it has up to twice the 5G spectrum of other networks. In theory, that means downloading movies and music and gaming online will be far faster on Three than on its competitors.

Three’s 5G also comes at no extra cost, all of Three’s SIMs are 5G ready as standard so all you’ll need is a 5G smartphone and you’re be good to go.

The company has also launched a 5G home broadband service in London. EE and Vodafone are offering home routers utilising 5G, as the need for traditional landline connections looks set to dissipate in the next few years.

Check out our Three deals

Check out our O2 deals

Giffgaff currently has 5G switched on around 200 UK cities and towns. Giffgaff's bundles and packages allow you to pick and choose how much data you use, making its 5G offering one of the most flexible on the market.

Check out our Giffgaff deals

Sky Mobile's 5G is now officially switched on in 2000 locations throughout the UK, such as London, Belfast, Leeds, Edinburgh and more. Sky Mobile’s 5G is available to its customers for free providing they sign up to the Sky VIP programme - which is free to join.

Without a Sky VIP membership, adding 5G to a Sky Mobile plan will cost an additional £5 a month.

Check out our Sky Mobile deals

Tesco Mobile has launched the start of its 5G offering - and it’s live in 2000 cities around the UK.

Check out our Tesco Mobile deals

To get connected to 5G, the fastest type of mobile internet connection, you need to be in an area that has 5G coverage. You'll also need a 5G-compatible smartphone, and yes, a 5G SIM card.

A 5G SIM card does what it says on the tin - it’s a SIM card that you put in your smartphone, that will enable you to connect to 5G.

Getting a cheap 5G SIM is easy, just compare our best deals and you'll soon find the perfect plan. From super-low cost deals to unlimited data bundles, there are a range of 5G SIMs to suit all user needs.

Need a 5G mobile phone too? Check out our best deals on 5G pay monthly plans.

You can get a 5G SIM only deal on all the major networks here at Uswitch. SIM only 5G deals can get you connected to super fast downloads, lag-free gaming and smooth web browsing.

With a 5G SIM only deal, you'll get a data allowance, calls, texts and minutes. All you'll need is a 5G enabled smartphone.

Does my current SIM support 5G?

So unless you already have a 5G SIM card, you’ll need to get a new SIM if you want to get connected to 5G on your smartphone.

5G is available in a wide range of UK locations, but it’s not quite everywhere. Networks have switched on their 5G services in different locations all over the country.

Depending on where you are in the UK and which provider you go with, you’ll have to check if your area is 5G connected.

Each network provider has a 'coverage map', where you can search with your postcode to check the signal strength in your location.

Is 5G available in the UK?

Yes, 5G is available in the UK in a number of towns and cities. Not all areas are fully connected, but the following cities should offer 5G in at least some areas.

You’ll still be able to use your phone as normal on 4G, but to get access to 5G, you’ll need to pop the 5G SIM into a 5G smartphone, like the iPhone 13 or the Samsung Galaxy S22.

Not necessarily. Some networks, such as Three, are offering 5G with their SIM only deals as standard with no extra cost. So all you need to connect is to pair the SIM card with a 5G phone.

What are your 5G SIM only plans?

A 5G SIM only plan is just like a regular SIM only plan - you get a SIM card to use in your mobile phone that includes calls, texts and data. The only differing factor of a 5G SIM is that it can connect you to 5G, providing you have a 5G-enabled phone and live in a 5G area.

All the major networks - including EE, Vodafone, Three and O2 - offer 5G SIM only plans, and you can find all sorts of offers ranging from low data deals to unlimited data deals.

Can you get 5G SIM only?

Yes. Many networks offer 5G on SIM only deals. From Vodafone to [EE}(https://www.uswitch.com/mobiles/networks/ee/), O2 to Three - you can snap up a great data deal and get connected to super fast 5G too.

If you're making the step up from 4G to 5G, then yes. You'll need a 5G-compatible smartphone and a 5G data plan. Your chosen network will then send you a new, 5G-enabled, SIM card.

Yes. If you want to upgrade to 5G, just find a data plan from any one of the major networks, such as Three or Vodafone, and order your new 5G SIM card.

Just remember, you'll need a 5G smartphone too, and you'll need to live in an area that has already switched on to 5G.

If you've just bought the (new iPhone 13)[https://www.uswitch.com/mobiles/iphone-13-deals/], you might be wondering why your existing SIM card is still just on 4G. That's because you need to sign up to a 5G data plan too. Take a look at our SIM only deals to find the perfect plan to match up with your new iPhone.

Just bought an iPhone 13? Good news - it's ready for 5G. All you need now is to make sure you live in an area that has 5G switched on, and then sign up to a 5G data plan.

You can get a 5G SIM only deal on a range of networks. In fact, most major networks (and some smaller ones too) are all offering 5G SIM only deals along with their 5G pay monthly offerings.

Here are some networks that are offering 5G SIM only deals: 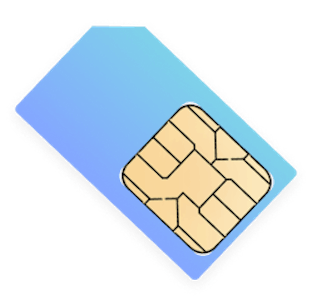 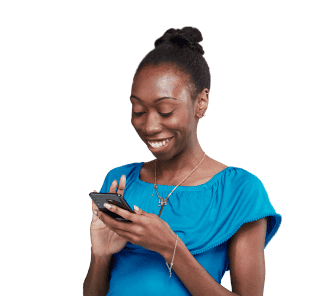