What are today's UK mortgage rates?

Due to rising inflation and economic turbulence, UK mortgage rates changed significantly during 2022. In this article, we break down what the current average mortgage rates are in the UK and explain what's happening in the mortgage market.
Share this guide

What does this mean for your mortgage options?

Need a mortgage in the next six months? Get answers from expert mortgage broker Mojo in your inbox:

What are the current interest rates for mortgages?

It's important to note the above rates are averages of various products from UK lenders and aren't necessarily indicative of the rate you would be offered.

The rate you can get will depend on your financial circumstances and how much deposit you can put down. The bigger the deposit, the lower the loan-to-value (LTV) which generally allows you access to better rates as lenders will see you as less risky.

The table below shows some our fixed-rate mortgage deals with the lowest initial rates currently available:

The rates in the table above are provided by Mojo Mortgages / 27tec and updated every 12 hours.

Rates are based on a 25-year repayment mortgage on a £280,000 property with a deposit raised through savings. THESE DEALS MAY NOT BE AVAILABLE AT THE POINT AT WHICH YOU ARE READY TO SUBMIT AN APPLICATION.

In the current climate with rates changing regularly, it's worth speaking to a whole-of-market mortgage broker who can compare deals to find the best mortgage rates for you.

"There’s been a lot in the news over the past few months around mortgage rates changing and deals being pulled. However, there are plenty of deals available. So, if you need a mortgage, whether you’re a first-time buyer, home mover or need to remortgage, get in touch with an expert to discuss the options available to you."

Will interest rates rise or fall?

In response to rising inflation, the Bank of England increased the base rate multiple times during 2022. The latest change on 2 February 2023 brought it up to 4%.

The Bank of England's Monetary Policy Committee is next set to make a decision about whether to increase the base rate again on 23 March 2023.

The Bank of England looks set to continue increasing the base rate of interest early in 2023. It is predicted to rise to between 4 and 5%. Those on tracker mortgages will see their rates rise if the base rate is increased.

However, increases in the base rate don't necessarily mean that mortgage rates will also increase. Rates for fixed, discount and SVR mortgage deals have been decreasing recently and may continue to do so or stabilise, despite the base rate rising.

Learn more about the differences between the base rate and mortgage rates below.

How does the Bank of England base rate affect mortgage rates?

The Bank of England base rate is used by the organisation to help manage inflation.

When inflation is low and they want to encourage borrowing and spending, the Bank of England will lower the base rate, as this make loans more affordable.

When they want to reduce inflation, the Bank of England will increase the base rate. The idea is that this will discourage spending and encourage saving.

With mortgages, it depends on what kind of deal you have as to how base rate changes will affect your rate.

While base rate changes only directly affect tracker mortgage rates, it does influence the fixed-rate and other variable-rate deals that lenders offer. This means mortgage rates also rose during much of 2022 alongside the base rate.

However, other than tracker rate deals, mortgage rates are likely to be unaffected by further increases. This is because following the mini-budget in September and the economic turmoil that followed, lenders factored in significant increases to rates on their fixed and variable mortgages.

As economic conditions have calmed over the past couple of months, mortgage rates (except for tracker deals) have actually been declining, despite increases in the base rate. They are forecast to continue declining even if the base rate rises over the next few months.

How high will interest rates go?

Historically, the highest base rate recorded was 17% back in 1979.

However, the rate is not predicted to reach those heights in the near future. It has been predicted to rise to between 4 and 5% in 2023, but this could change depending on economic conditions.

At present, mortgage rates are actually on the decline despite recent base rate rises. This is because mortgage rates rose significantly as a result of economic turbulence following the mini-budget in September 2022.

Once economic conditions calmed, however, lenders started reducing rates again. This means mortgage rates (except tracker deals) have generally decreased since November despite the base rate rising.

What should I do if mortgage rates increase?

If you're concerned about your interest rate rising, then you may want to consider:

What should I do if mortgage rates decrease?

If you're worried that interest rates will fall after you've secured a mortgage, you could:

There has been much discussion about the impact of rising mortgage rates on house prices.

While significant demand has pushed prices higher in the last couple of years, some have predicted that demand for homes will fall due to increasing mortgage costs, resulting in fall in house prices.

The latest House Price Index (January 2023) from Zoopla reported that UK house price growth stalled in the final quarter of 2022, with most areas recording small price falls due to declining buyer demand.

However, Zoopla expects buyer demand to improve over the coming months as mortgage rates reduce.

What to do if you need a mortgage

Looking for a mortgage in the current climate likely seems particularly daunting.

That's why it's especially important to get expert advice from someone who can look at mortgage deals from across the market to find you the best deal.

With mortgage rates changing recently, it's important to get expert advice to make sure you find the right deal for you. Mojo Mortgages is an award-winning broker who can provide free advice and secure the best mortgage rate for you.

When you take out a mortgage, you're taking out a loan which you'll need to repay. In addition to the loan, you have to pay interest on the amount you borrowed.

The amount of interest you pay is determined by your mortgage rate. The higher this is, the more expensive your monthly repayments will be. That's why it's good to try and get a deal with as low an interest rate as possible.

However, make sure you also factor in additional fees as sometimes deals with the lowest rates have higher fees, making them more expensive overall.

Looking at the Annual Percentage Rate of Change (APRC) of a mortgage can be a helpful way of comparing products based on the combined costs of the rate and fees.

A good mortgage interest rate depends on market conditions, along with the size of your deposit and financial circumstances.

If you have a large deposit (ideally 40% or more) and excellent credit history, you should be able to get some of the lowest rates available.

However, if have a small deposit and your credit rating isn't so strong, you'll likely find you have to pay a more expensive rate.

Similarly, if you have a great credit history, lenders are likely to see you as less of a risk.

A mortgage broker can help you find the best rate for your circumstances. 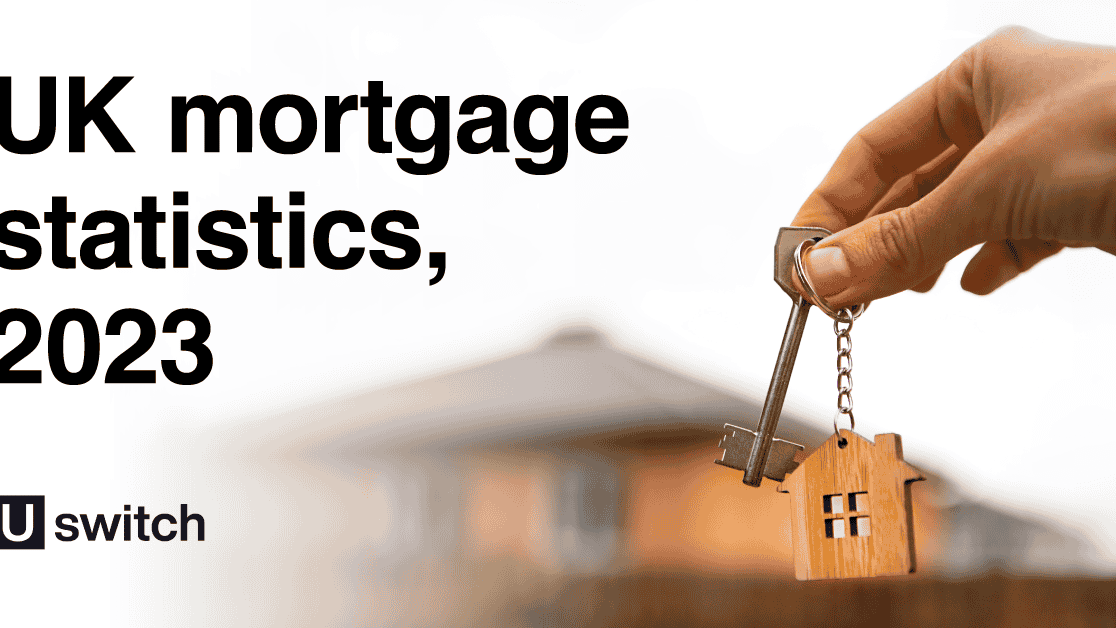 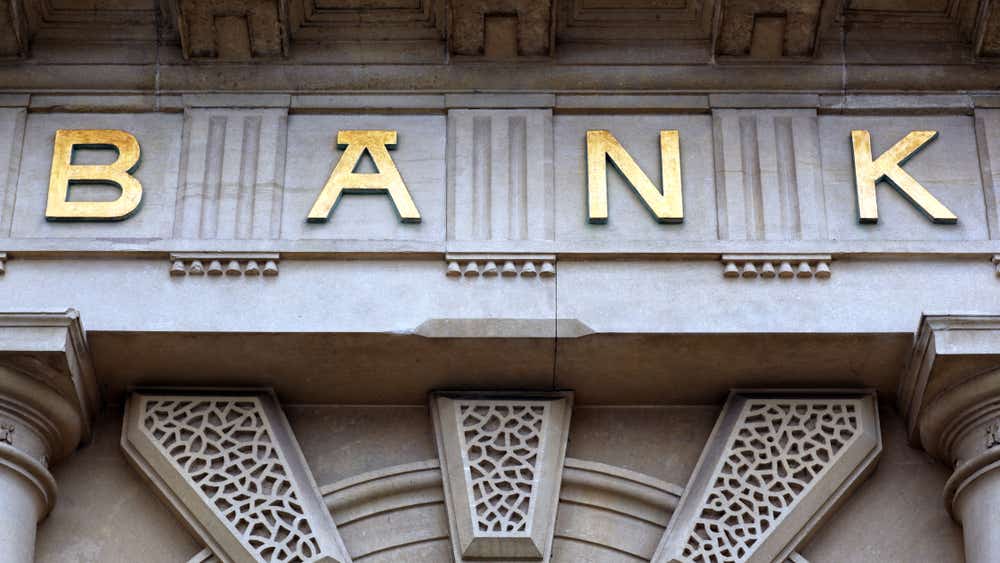 Biggest Mortgage Lenders In The UK 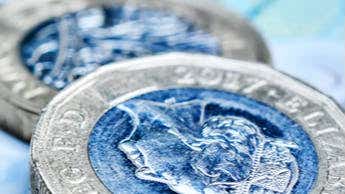 With fixed rate, variable rate or tracker rate mortgages, the option to pay interest only, capital, offset, finding the right mortgage can be difficult