Watts cooking? Barbecues, hot tubs and lawn mowers behind £12 million a week energy bills as Brits take to their garden

Britons are poised to spend almost £12 million a week powering garden gadgets this summer[1], with energy guzzling hot tubs the most expensive to run, according to new analysis by Uswitch.com, the comparison and switching service.

Electric barbecues, plug-in water features, lights and lawn mowers will also contribute to households’ energy bills over the warmer months. More than one million households own electric barbecues, which cost around 95p for 90 minutes of cooking, compared to only 70p for a gas barbecue. Meanwhile traditional charcoal barbecues are the most expensive, with 1kg of supermarket charcoal costing around £1.25[2]. In total, barbecue users will spend £436 million on outdoor cooking over the five warmest months of the year[1]. 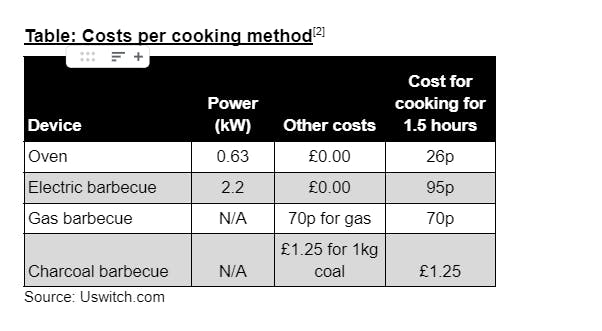 As temperatures increase, the million-plus households who own a hot tub are likely to take a dip, but need to be conscious of higher energy costs associated with them.

Consumers considering buying a hot tub should be aware that they are big energy guzzlers, with the average one adding £4.55 a day to energy bills — about £140 a month — based on a running time of just 30 minutes a day[3].

Anyone using them from May to September could rack up bills of £700 in those five months alone, with the worst insulated and least efficient ones costing as much as £7.80 a day to run[3].

Over a quarter (29%) of households own an electric lawn mower and use it for 30 minutes a week on average. This green-fingered habit costs the whole country £2 million a week, and adds £40 million to the nation’s energy bills over a five-month period[1].

Electric garden lights are owned by almost four million households, and while they cost only  8p a week to run per home, it adds up to £298,328 a week across the whole country[1]. Plug-in water features owned by nearly two million households will add 3p a week to bills and cost £53,637 for the UK[1].

Uswitch’s five tips for making savings in the garden

Will Owen, energy expert at Uswitch.com, comments: “The arrival of the hot weather means many of us will be spending less time indoors and making use of barbecues, outdoor lights and patio heaters.

"Energy bills are always lower in the summer when the heating is not coming on as often, but millions of people have energy guzzling gadgets in their gardens that they could use more efficiently.

“Hot tubs are the biggest offenders, and can be a drain on energy as they need to be kept at an ambient temperature so they are ready to be used.

“When buying any new gadget or appliance for the garden, remember to weigh up not just the outright cost, but how much they will cost to run. Sometimes the most energy efficient devices are more expensive - but they will save you money in the long-run.”

Research conducted online by Opinium, 29th April to 3rd May 2022, among 2,000 UK residents, weighted to be nationally representative.

Respondents were asked, ‘For how long per week do you use each of these appliances?’

Gas BBQ. Costs in the region of 70p to use each time.

If you would no longer like to receive these emails please reply with 'unsubscribe'.