Sky Mobile Swap is often considered “an affordable way to get the latest phone every year”, with the key selling point that you can upgrade to a new handset mid-contract.

It's a bit like existing ‘early-upgrade’ schemes like O2 Refresh and Tesco Mobile’s Anytime Upgrade, right? Well, for the most part, yes. Except Swap differentiates itself with a trade-in mechanism that Sky Mobile reckons will make it less costly and easier to upgrade.

Read on and we’ll do our best to unpack the offer, while outlining the benefits you get if you sign up. And we’ll take a look at how it compares to similar offers from rival networks too.

How does Sky Mobile Swap work?

As intimated above, Swap contracts are designed to let you upgrade to a new phone more regularly than standard contracts, which typically lock you into owning the same phone for two years.

There are two Swap contracts to choose from. Each features a different window of time when you’re able to upgrade to a new phone without having to pay any upfront charges.

Both contract options fall into the category of ‘split-contracts’. This means your monthly payment is split into two: one part goes towards paying back the phone and the other part is what you pay for your monthly allowance of data, calls and texts.

Swap12 is a 24-month contract, but gives you the option to upgrade to a new model after 12 months. Thus dovetailng neatly with handset manufacturers’ habit of releasing a new must-have flagship phone every year.

There’s also a Swap24 contract, which is a 30-month contract priced at a lower monthly rate than Swap12, with the option to upgrade after 24 months.

Those upgrade dates are set in stone. Unlike O2’s Refresh and Tesco Mobile Anytime Upgrade, you can’t just sign up for a new phone at any point in your contract.

But as we’ll explain below, there’s a trade-in system that might just make Sky Mobile Swap attractive to you.

Perhaps the best way to explain the Sky Mobile Swap is by looking at what it isn’t. And what it isn’t is Tesco Anytime Upgrade or O2 Refresh.

When you upgrade with Tesco Mobile's scheme, you’re obliged to pay up the full price of the phone (as determined at the time you bought it), minus the number of payments you’ve made on it.

So let’s suppose you wanted a new phone after 12 months and had been paying £36 per month towards the £600 cost of the phone, so had paid a total of £432. You’d owe your network the difference, which would be £168.

But once you paid that, your old handset will be yours outright. Which may not be all that helpful, if you then have to go to the hassle of finding a buyer for your old device.

With Sky Mobile Swap the upgrade mechanism is very different. Principally because when you upgrade, Sky Mobile will take your old phone off your hands and use its value to offset the price you pay to upgrade, making your upgrade free of charges.

Sound complicated? It’s not. Let’s run you through an example.

Let’s say you’re on Swap12 and at the 12-month point in your contract you’ve decided to upgrade from your old iPhone 7 to a glittering iPhone 8.

You’ve paid 12 months at £36 per month towards the cost of the phone, making a total of £432. This means that you still have £168 left to pay on the phone if you choose to upgrade after 12 months.

Sky Mobile will take the phone off your hands and use it to pay the remaining balance so there is no fee to pay to upgrade.

You also get free delivery to your door and there's no upfront cost on the new phone.

What happens if the phone I want to swap is damaged?

As you'd expect, if your phone is significantly damaged you won't get the full amount from Sky Mobile. So although they'll still take the phone off your hands as part-exchange, you'd need to pay something to upgrade.

Taken from a PDF on the Sky Mobile site, here's a look at how damage impacts on the trade-in value of your handset: 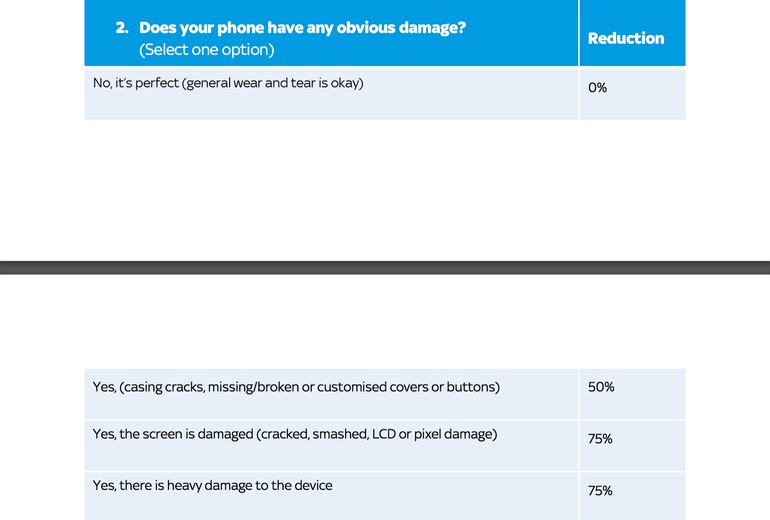 Transferring data from your old phone to your new one 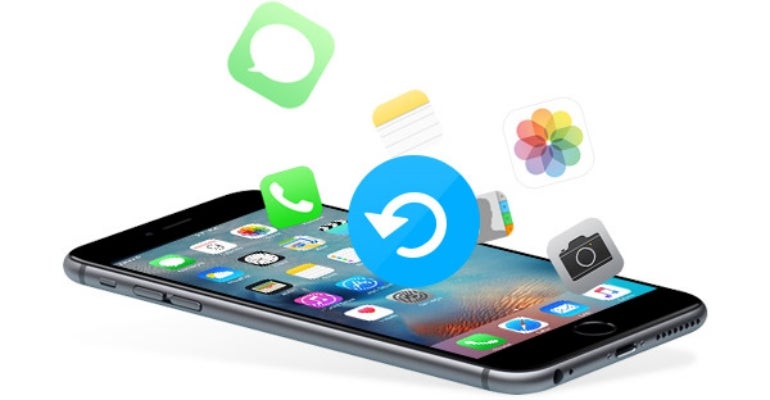 So you’ve been seduced by a shiny, hot-off-the-presses handset. During the upgrade window, you simply choose a phone and Sky Mobile sends it you.

You can then transfer your apps and contacts and whathaveyou to your new phone. You’re then obliged to send back the old phone to Sky Mobile in a bag, which they’ll have sent to your address.

Sky Mobile won’t charge you anything for delivering your new phone or collecting your old one.

What if I choose not to upgrade?

If you don’t want to upgrade, you simply see out the rest of the contract, but at a lower monthly rate than before.

If you’re on a Swap24 contract and choose not to upgrade during the 24-month upgrade window, your contract extends by a further six months. During which time the monthly rate you pay falls, until you’ve paid off the handset in full.

If you’re a Sky TV customer you get unlimited texts and calls included with all three contract options.

However, if you’re not with Sky you can either pay £10 per month on top to get the same unlimited calls and texts allowance. Or you can pay for texts and calls on a pay-as-you-go basis for 10p per text and 10p per minute.

Which phones is Sky Mobile offering?

Unsurprisingly, Sky Mobile is offering the big hitters. So that’s Apple handsets, including the iPhone 7 and iPhone SE. And Samsung models, too. Think: the Galaxy S7 and S7 Edge. And presumably the soon-to-land Galaxy S8 and S8+ once they’re on sale.

Here’s the full list of phones you’ll be able to buy when the service launches:

Will Sky Mobile sell on the traded-in phones as refurbished handsets?

All returned phones will be sold on to phone recyclers, such as redeem.

That said, Sky Mobile hasn’t ruled out selling refurbished phones in future. We’ll let you know if we hear more.

Customers who sign up for Swap contracts get the same benefits as those on Sky Mobile’s SIM only plans.

These include Roll, whereby you can rollover your unused data and store it in a piggybank for up to three years.

And you get to change your allowance when you like too. So if you’re using less data than you expected, you can downgrade to a contract with a smaller monthly allowance.

Sky TV customers get some additional benefits. Not least free unlimited calls and texts and the option to access their recordings while they’re on the move.

To get a closer look at Sky Mobile benefits, head to our breezy, one-stop guide.

The best places to buy an iPhone 11 today.

Roaming outside the EU: A network–by–network guide

We take a look at how much UK providers charge for using your phone outside the EU.

Customers get a boost during Coronavirus.