Payday loans have come under close scrutiny because of their very high effective interest rates.
Share this guide

Payday loan companies are also criticised for rolling loans over multiple times, effectively costing borrowers a lot more in interest charges. The government, as well as consumer and financial bodies, have expressed concern that the loans often target the most vulnerable.

Choosing the best alternative to a payday loan means first determining what it is that makes them appealing to you. If you want a short-term loan for a week or two, then you may benefit from a different financial product to someone looking for a bad credit loan.

Credit unions are being touted as the ideal alternative to payday loans. They offer a low interest loan, and many unions will provide credit to people that have already been refused by banks and other major lenders.

There are many types of credit union, and most have specific criteria that need to be met for an application to be successful.

There are credit unions open to people living in a specific location, working within a particular industry, or that are members of a particular group or organisation.

It may be necessary to have invested money in a credit union, usually in the shape of a credit-union savings account, before you are entitled to benefit from a short-term loan, but this is not the case with all of them.

Check the criteria before you apply, but be prepared for a long wait with some credit union loan applications.

A budgeting loan is a specific type of loan offered by the Department of Work and Pensions' (DWP) Social Fund. It is an interest-free loan, but it will only be offered to people that have been claiming particular benefits for a period of 26 weeks or more.

These loans are also only available to applicants to use for specific purposes. 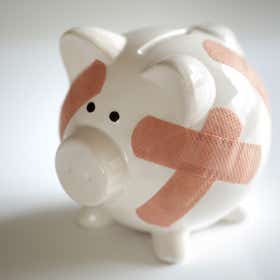 If you need some money to tide you over until payday, for example because you have been saddled with an unexpected car repair bill, you could consider asking your employer.

In the same way that a payday loan repayment would be taken from your next payday, so too will your employer cash advance. The biggest difference is that you won't be charged interest or administration costs.

Not everybody is comfortable asking for a cash advance from their employer. If you have a good relationship with them, though, this can prove an extremely beneficial way of borrowing money.

Your employer may allow you to repay the money over a number of months, and they may be willing to offer you overtime to cover it.

Borrowing from friends and family

You should be equally careful if you are considering borrowing money from friends or family. A failure to repay the money when agreed can lead to serious problems in a relationship.

Keep track of repayments that you make to avoid arguments, and agree a specific repayment schedule.

An authorised overdraft is when you can borrow through your bank account by allowing you to go into a negative bank balance up to a limit. You will be charged interest or pay a daily fee for using your overdraft, which mean loans and credit cards could be cheaper.

However, if you're in a hurry getting in touch with your bank to apply for an overdraft could be quicker to set up. If you have time to spare, think about switching to a bank account that includes an 0% interest overdraft and you could borrow for free.