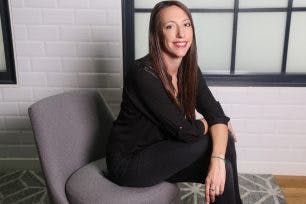 A staggering three in 10 Brits (30%) – the equivalent of over eight million households – have already switched their central heating on due to this summer’s terrible weather, according to new research from Uswitch.com, the price comparison and switching service.

While much of Europe sizzles in a heatwave, the UK has been shivering through unseasonably cold and wet conditions over the summer – with some regions reaching as low as two degrees. In addition to the 30% of households who have already given in to the cold and switched their heating on, a further 17% – the equivalent of over 4.6 million households – are thinking about it, to try to keep warm.

One in three Brits (33%) would normally wait until the end of the school summer holidays or when the clocks go back at the end of October to turn their central heating on. By switching it on so early this year, millions of homes risk adding significant sums to their annual energy bill. With previous research finding that over a third of bill payers (32%) are already worried about how they’ll afford this winter’s bill, Uswitch.com urges consumers to check their account balance now and shop around for a better deal which could deliver hundreds of pounds of savings.

Switching the heating on isn’t the only thing Brits have been doing to stay warm through the summer months, with more than two thirds (68%) taking other forms of action. Three in 10 (30%) have worn woolly jumpers, a quarter (25%) have put their slippers back on and a fifth (20%) have been enjoying hot baths. More than one in 10 (11%) have put their winter duvet back on their bed, while 8% have unpacked their winter coat or put a fire on.

Claire Osborne, Uswitch.com energy expert, says: “It wouldn’t be the Great British summer without a certain amount of miserable weather, but the chilly conditions this year are enough to make anyone consider cranking up the thermostat. It’s incredible that eight million homes already have their heating on before we’re even halfway through August. It’s understandable given how cold it’s been over the past few weeks, but consumers need to consider the impact it will have on their energy bills.

“Energy prices continue to rise, and we know that over a third of bill payers are already worrying about the cost of keeping warm over the winter. With so many people giving into the cold and turning the heating on, households could find their annual bill gets a lot larger than expected. But shopping around now and switching to a better deal, before even colder weather bites, could save hundreds of pounds – enough to cover the expense of already having the heating on.”