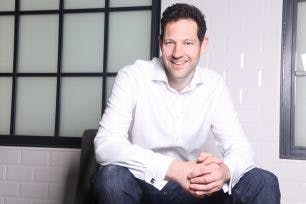 A decade on from the financial crisis and the infamous collapse of Northern Rock, consumers are again feeling the effects of a turbulent financial landscape across Britain, with a third (37%) saying they have less disposable income than they did 10 years ago.

Comparing a range of household expenses from 2007 to today’s figures, research by Uswitch.com, the price comparison and switching service, found that despite household income increasing by over 2% over the ten-year period, disposable income after bills is down by a shocking 33%, from £10,889 in 2007 to £7,253 today.

This dramatic fall in quality of life is mainly due to a 20% rise in all household costs. The key culprits are utility bills, which have seen a staggering increase over the last decade. Gas bills have shot up by 58% over the course of the decade, while electricity and water costs have increased by 42% and 27%, respectively .

With the average utility bill per household totalling £1,602 per year versus £1,115 in 2007, it’s no wonder that 16% of those questioned said these bills are the hardest costs to find money for each month. On top of this, council tax adds more pressure for households too, having shown an average rise of over 20% across the decade for every home.

However, it’s not only bills that are contributing to the mounting crisis: households are spending almost 25% more of their income on rent per year, while the cost of feeding a family or a household has also increased by a quarter (24%). It’s the focus on such essentials that is causing British households to tighten their belts, with recent Office for National Statistics data showing that consumer spending is growing at the weakest rate in almost three years.

This difficulty in keeping up with the cost of living is also reflected in the fact that British consumers are increasingly relying on credit and struggling with debt. Recent data from the Bank of England showed that Britons are accumulating debt at almost five times the growth rate of earnings, with total unsecured borrowing at its highest rate since December 2008 at £201.5bn . Indeed the research shows that almost 16% of Britons’ income after essential costs goes towards paying off credit cards and personal loans. 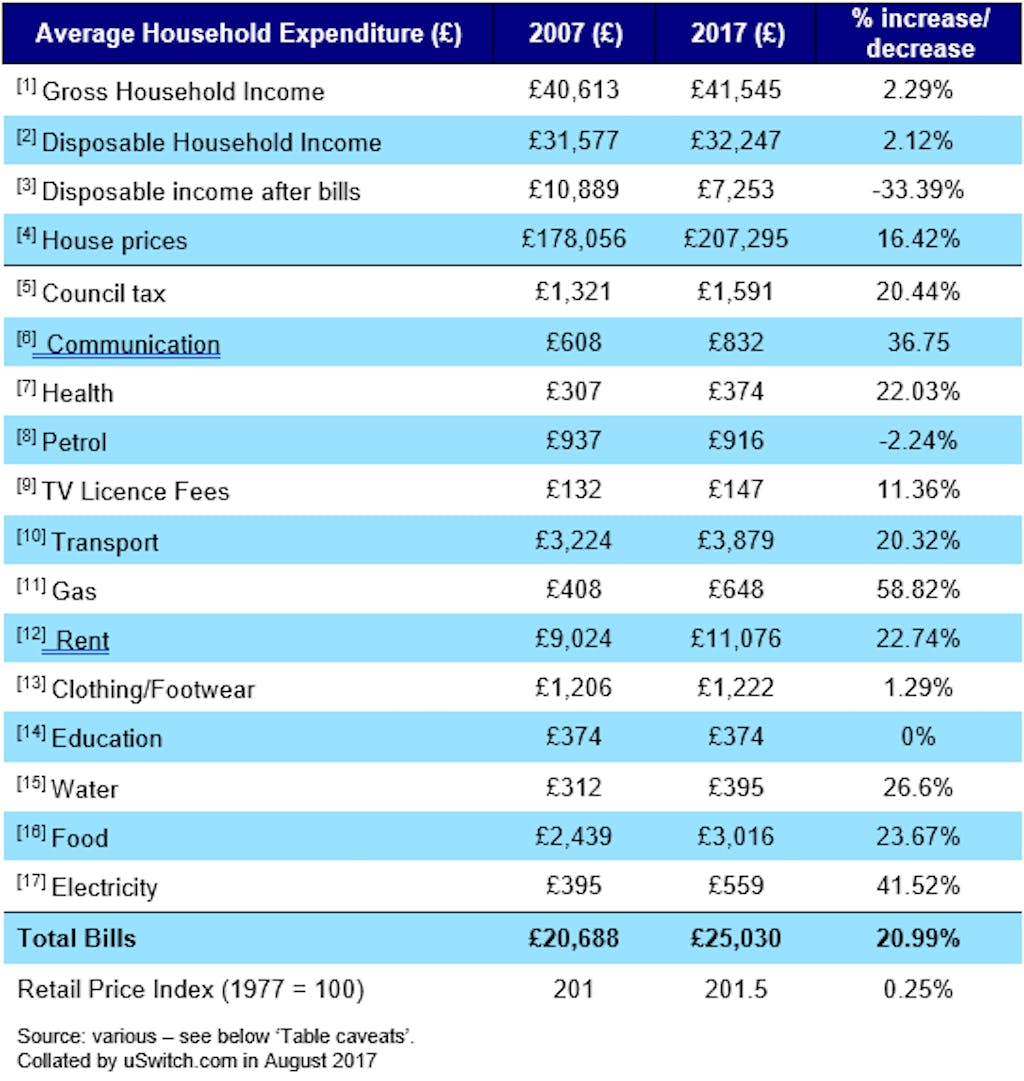 Tom Lyon, money expert at Uswitch.com, says: “Ten years since the Northern Rock crisis and homes are still feeling the squeeze. The cost of running a household has climbed 20% against a meagre 2% increase in income. With one in ten of us barely breaking even at the end of the month, it’s easy to see how homes are being plunged into debt simply trying to make ends meet.

“An almost 10% reduction in disposable income is life-changing for many families and shows how crucial it is that financial planning is a priority for everyone.

“In spite of the uncertainty, you can take control of your own finances and check whether you’re getting the best value for money on all your bills and any debt you have. Don’t pay more than you need to – switching your supplier could save you over £1,000, which could make a vital contribution to keep your family finances afloat.”

Notes to editors Research referred to was conducted by Opinium from 29th August to 31st August 2017 among 2,005 UK adults