Mortgage rates have increased by an average of 0.25% since March, according to data from Uswitch.com, the price comparison and switching service. The rise equates to an extra £4,971 of interest payments on an average mortgage debt and comes well before any decision has been made by the Bank of England.

The average annual mortgage interest rate leapt to 3.65% in mid-March and has remained at this level since, going against the trend of recent years where any rate hikes reverted within a few days to their previous level. 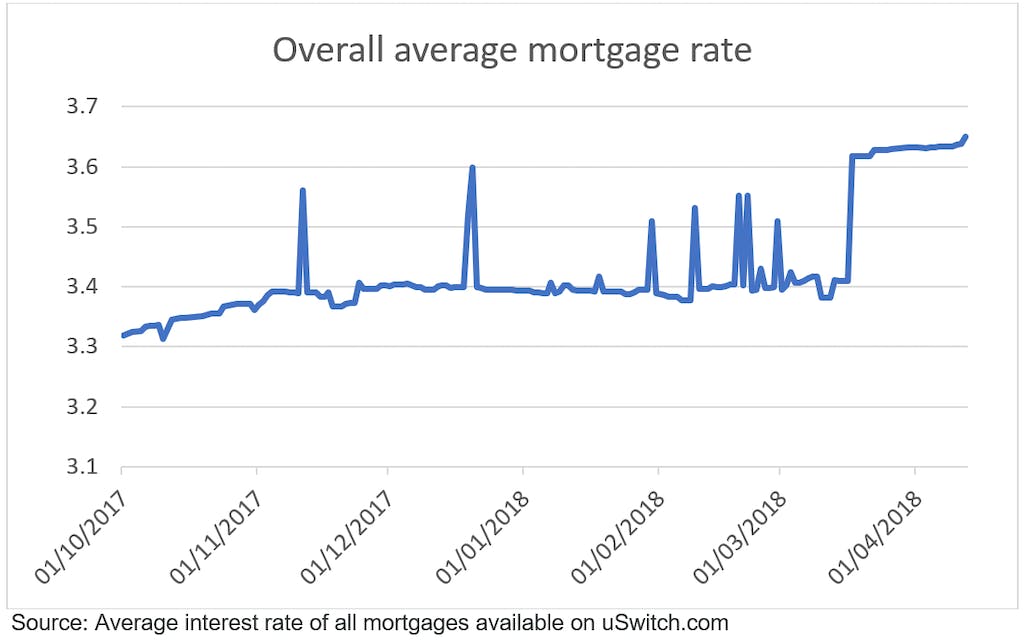 Major lenders have been increasing their rates in March and April, including Barclays changing over 60 products in its range, including residential and help to buy, and NatWest upping their two-year fixed rates.

First time buyer mortgages have increased by 0.3% to 3.9% and average remortgaging rates are up 0.2% to 3.65%. For first time buyers this rise is equivalent to an extra £13,587 in interest payments over the lifetime of the mortgage.

With average two-year and three-year fixed rate deals increasing at a slower rate in recent weeks, it is not all bad news for those looking to fix for a short period.

Tashema Jackson, money expert at Uswitch.com, says: “Average mortgage rates have spiked at various points in the past few years, but this recent jump could be just the beginning as providers prepare for the expected base rate rise in May. Banks are saying that ‘market conditions’ are driving these rises, so we can expect others to follow suit in the coming weeks and months.

“Consumers should use this as a prompt to assess their mortgage options before interest rates increase any further. Fixed rate mortgages can offer some protection against this trend, but for first time buyers or those looking to remortgage, it is important that you shop around now and find a deal that suits your circumstances.”